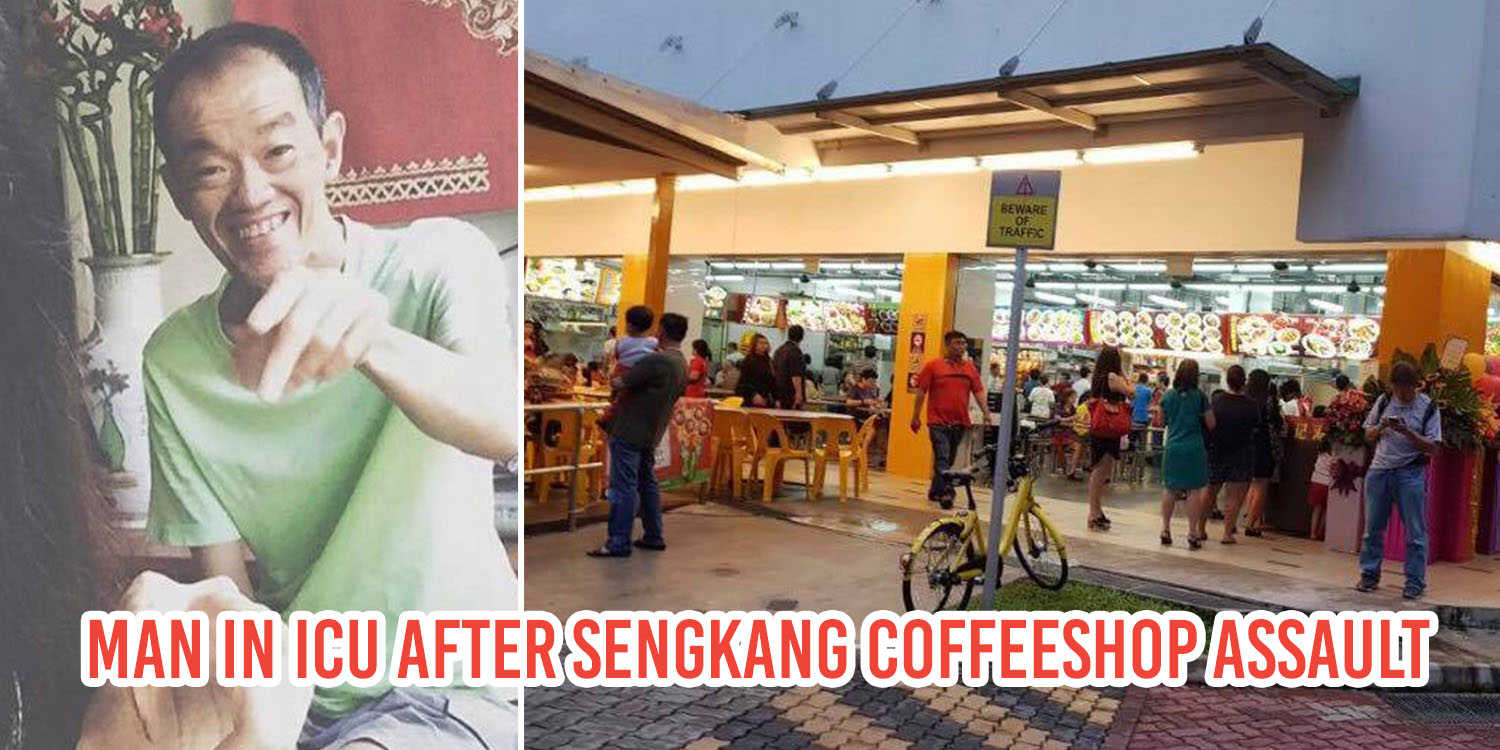 Sengkang Assault Victim Hung Out At Coffee Shop “Everyday”, And Was “Mentally Slow”

Caring for the intellectually disabled is a lifetime commitment. It may be tiring and taxing at times, but infinitely rewarding.

Unfortunately, this task will get much harder for the family of one Kelly Ru Yi Wee, who on Wed (31 Jan) made a heartfelt post on Facebook.

She pleaded for witnesses of her uncle’s brutal assault in a Sengkang coffee shop beside a NTUC branch at 279 Sengkang East Avenue S540279, to step forward.

He suffered a vicious and unprovoked attack on Wed (24 Jan), and has been left with permanent brain damage and a cracked skull.

If his condition worsens, Kelly’s uncle who’s been deemed “mentally slow” since the age of 9, will have to undergo brain surgery with only a 50% rate of success.

At the time of writing, her post has garnered close to 5,000 shares in under 48 hours.

You may view it in full below. We’ve provided a summarised account of events after the jump.

Assaulted at his favourite spot

Kelly’s uncle had been working at the coffee shop for a “couple of months” for the previous owner in Sengkang.

According to his niece, although he has a “low IQ”, he’s “fully harmless”, and was very popular amongst regular patrons of the establishment.

The new and current owner was holding a “grand opening” for the first day of operations of the coffee shop.

Many of their employees and partners were onsite as well, as the owner owns a few shops in the vicinity. 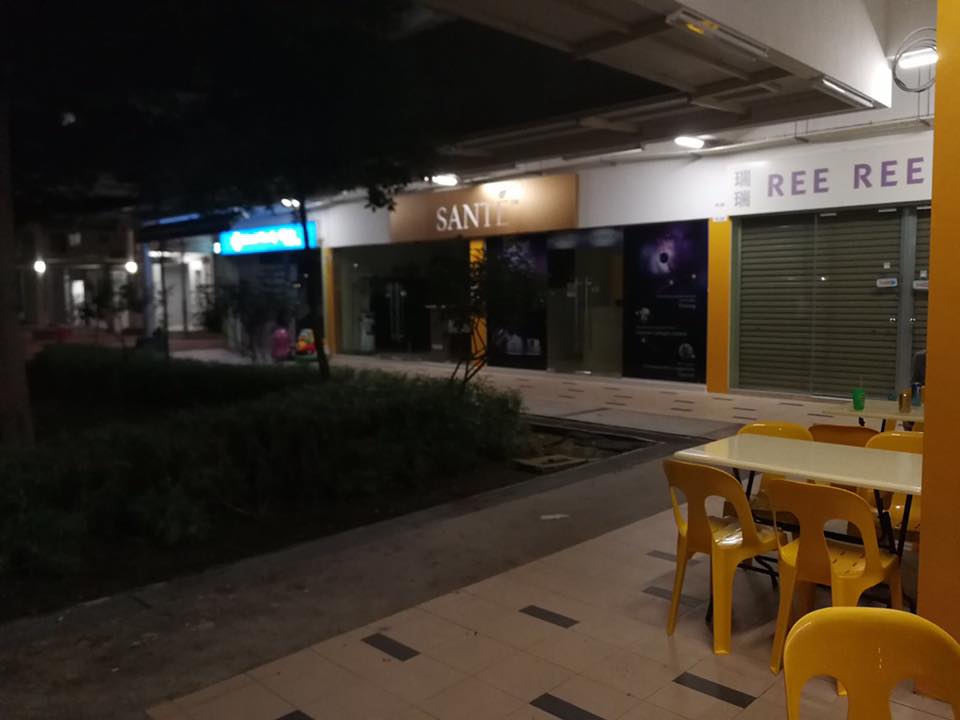 Kelly’s grandmother was alerted through a phone call that her son was laying on the floor, motionless.

Alarmed, she rushed downstairs to the next block where Kelly’s uncle was found sitting against a wall, looking unwell.

Her grandmother then asked if anyone knew what had happened, but no one was forthcoming with information.

Kelly speculates that nobody spoke up due to “certain circumstances” pertaining to the suspect’s background and also “their situation”. She promised to elaborate more when “things are confirmed”.

The new owner of the coffee shop then allegedly went up to Kelly’s grandmother looking frustrated and demanded that Kelly’s uncle be “sent to IMH”.

He reasoned that Kelly’s uncle had been “annoying him everyday” — even on the day of the assault, while he was on the job.

An argument ensued and got pretty “heated” before the grandmother decided to take her son home to rest as he “looked very unwell”.

After reaching home, the victim’s condition did not improve.

He allegedly began vomiting blood and bleeding profusely from his nose.

His family rushed him to a nearby clinic, where the doctor said his condition was “serious” and recommended for him to be sent to a hospital immediately. 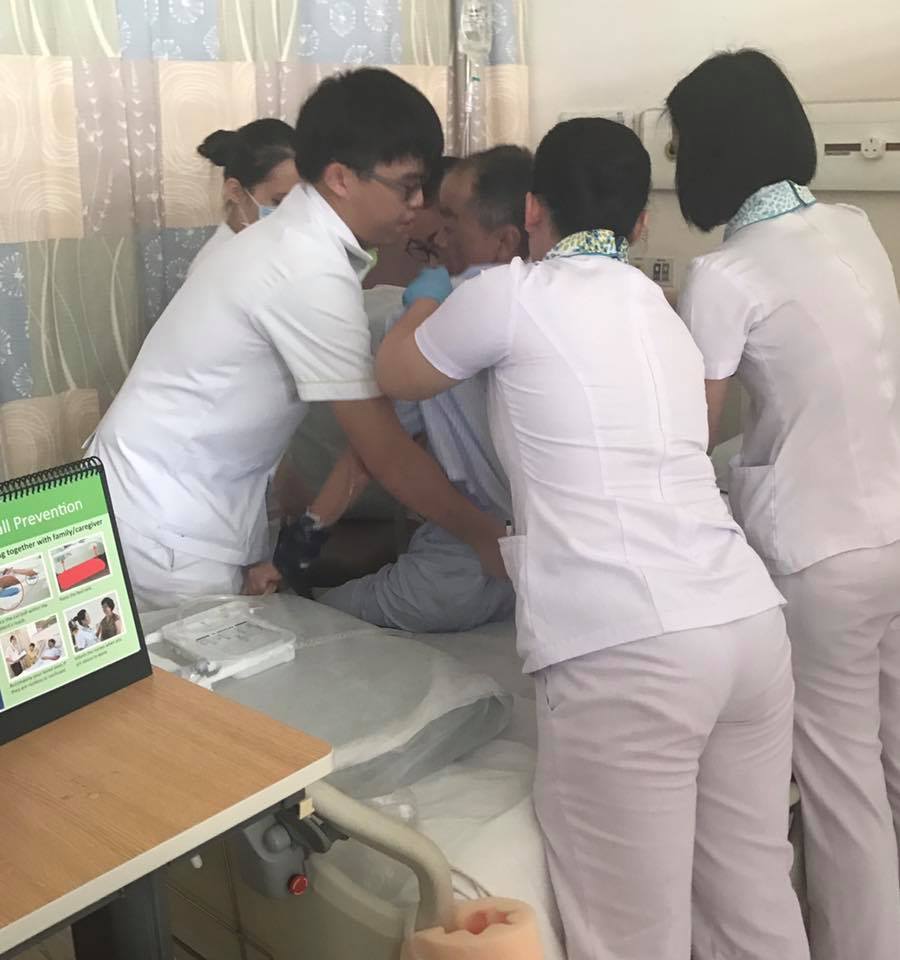 Later, a Khoo Teck Puat Hospital doctor informed the family that Kelly’s uncle had suffered a “huge impact” on the back of his head.

He was admitted to the Intensive Care Unit (ICU) that night. 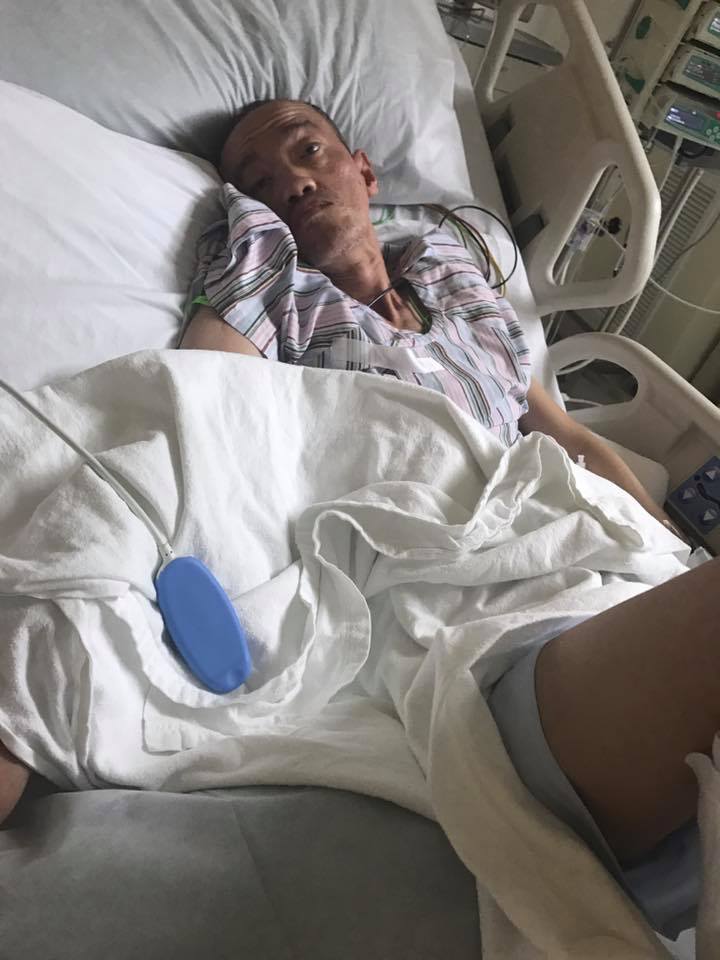 At this point, Kelly’s family had assumed that a fainting spell caused her uncle to fall backwards. It did not cross their minds that anyone would attack such a vulnerable target.

Besides, he had been frequenting the same coffee shop for three years without incident.

A tip-off via phone calls

The family received several phone calls, informing them that Kelly’s uncle was the victim of assault by an unnamed individual. Kelly declined to name him or her.

An employee of the coffee shop also approached the family saying he knew a few people who could bear witness to the entire affair.

However, as they only witnessed the aftermath of the attack, they’re unable to serve as credible witnesses for a police report.

Life will be different now

Life will no longer be the same for Kelly and her family.

Even if her uncle recovers enough to be discharged, his mobility, ability to speak, and his lifestyle will be inevitably affected.

In the event that his brain injury worsens, he’ll have to undergo a surgery with only a 50% rate of success.

He’ll also require help for once simple tasks like eating, bathing and moving around.

Kelly’s 78-year-old grandmother, isn’t rich but does volunteering work for “people who are even more in need than her”.

Since the incident, she’s been unable to eat or sleep properly, as she’s extremely worried about her son.

Appeal for witnesses to step forth

Kelly made a plea for all eye witnesses to do the right thing and step forth.

To those that may be fearing for their safety by coming out, she promised that “your safety and identity will not be compromise[d].”

Despite this shocking incident, Kelly’s choosing to put her faith in humanity.

Although nothing can reverse the damage that’s been done to her uncle, if her family can discover the truth, they may just get some semblance of closure.

Singapore once prided herself on the strength of her community.

Today, the kampungs that our grandparents raised our parents in are long gone.

But we hope the kampung spirit still lives on in potential witnesses of this horrific assault.

So if you saw what happened or know anyone who did, please step forward to help this family, whose lives have been irrevocably changed.

Kelly can be contacted through Direct Message through her Facebook profile.

Alternatively, you can contact the Singapore Police Force’s hotline at 1800 255 0000, if you have more information about this case.