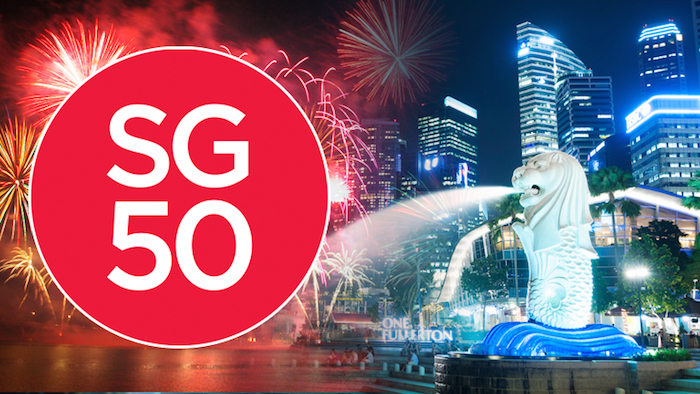 In memory of the SG50 celebrations

To some, SG50 might be an overpriced celebration packaged as a moment of nationalism and patriotism, seemingly trying too hard to impress due to the hype about the jubilee celebrations.

In addition, people have been irritated with how everything is packaged with an SG50 logo, which gave rise to the hashtag #simisaialsosg50.

However, let us also look back on some of the benefits we reaped from our jubilee celebration.

1. For the first time, the fireworks were twice as long, psychedelic and the most extensive in SG

The Chairman of the fireworks committee Manimaram Ganesan said:

This year is special as we are celebrating our Golden Jubilee, therefore the fireworks committee has planned well ahead to have the largest ever fireworks display.

Highlights include fireworks forming the word “SG50”. In addition, there were 165 types of fireworks displayed. The kaleidoscopic pyrotechnic display was unforgettable and consisted of rainbow arcs and golden sparkles.

But that’s just the start of our long list of SG50 things that were good.

Discounts and more discounts — who can resist them? 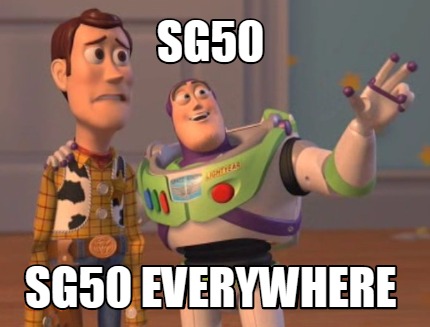 Shops islandwide were having sales with 50% off, or pricing items and services at $50 or $5.

Even the Zoo, River Safari, and Jurong Birdpark had 50% off admission fees. Totally a good deal.

For Singaporean fashionistas, they probably went wild at the 50% midnight sale at H&M. Major Swedish furniture retailer IKEA also had sales for SG50, which includes 50% off, $50 and 50-cent items.

There are so many reasons to give birth this year.

These lucky SG50 babies will receive a suitcase of 8 items, consisting of a medallion, a shawl, a baby sling, a set of baby clothes, a diaper bag, a scrapbook, a photo frame, and a set of baby books. 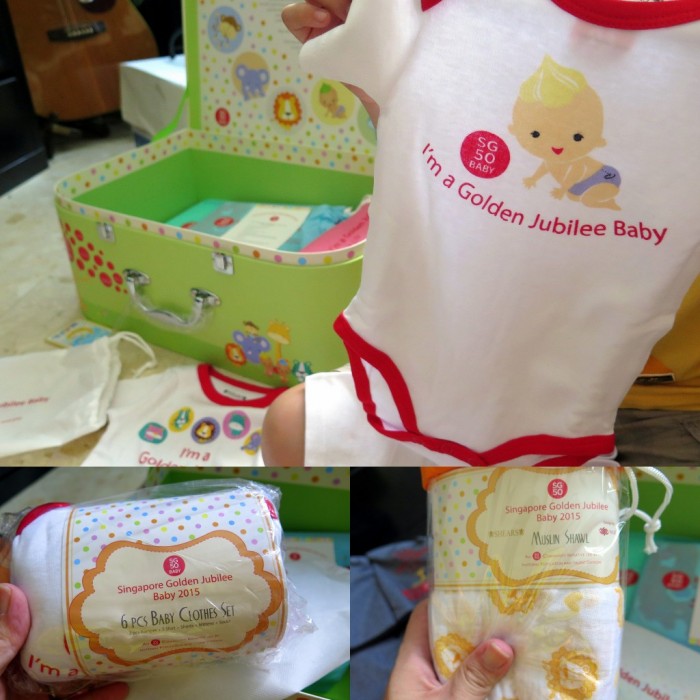 We’re sure that medallion will be really useful. 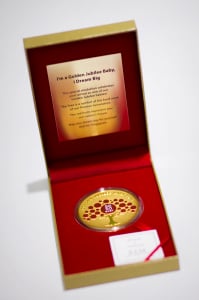 The SG Funpacks were distributed to all 1.2 million Singaporean and Permanent Resident households. The Funpack included a tote bag chosen at random amongst 50 designs. Additionally, the bag contained relics of the past, such as paper balls, old card games like “snap”, flags erasers and haw flakes. 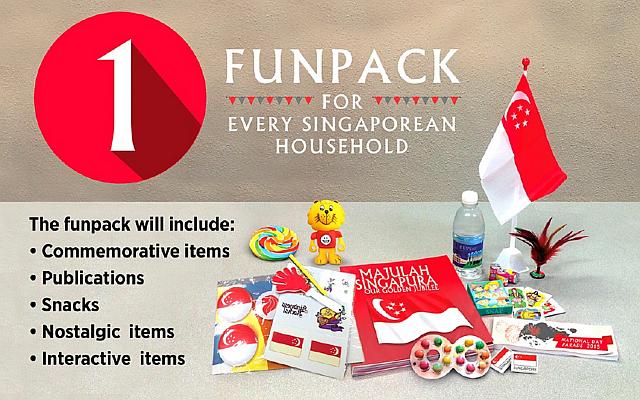 5. Senior Citizens were entitled to an SG50 seniors package

Bet your ah gong and ah ma were delighted — those over the age of 50 received a package consisting of a 50-page booklet, a free 5-year Passion card membership as well as a top up of $25 for current ActiveSG members and $100 for new members.

Singaporeans over age 60 received even more freebies — a $50 transport voucher, a special Kopitiam iCard with other discounts, as well as complimentary admission tickets to the Zoo and Bird Park. 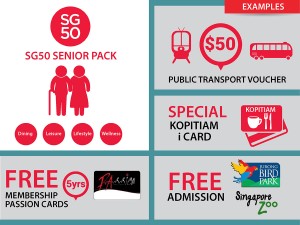 There was free entry to places of attraction like Sentosa, Singapore Science Centre, and the Art Science Museum from 7 to 9 Aug. 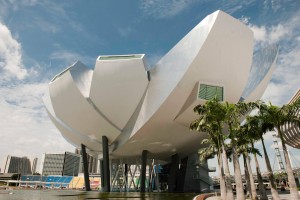 Various museums such as the Asian Civilisations Museum and the National Museum of Singapore were also open to public with free admissions.

The SG50 celebrations included a long weekend from Friday (7 Aug) to Monday (10 Aug). We know that Singaporeans just can’t live without their phones, and by extension their mobile data. M1 users got to enjoy free calls, SMSes as well as unlimited local 3G data, from the midnight of 7 Aug to 23.59 pm 10 Aug.

These limited edition babies were quickly snapped up by Singaporeans. They come with a satin red album and include five 10-dollar notes as well as a 50-dollar note.

The Monetary Authority of Singapore (MAS) later announced that there would be new commemorative folders available from 11 Nov onwards to meet the strong demand of Singaporeans. 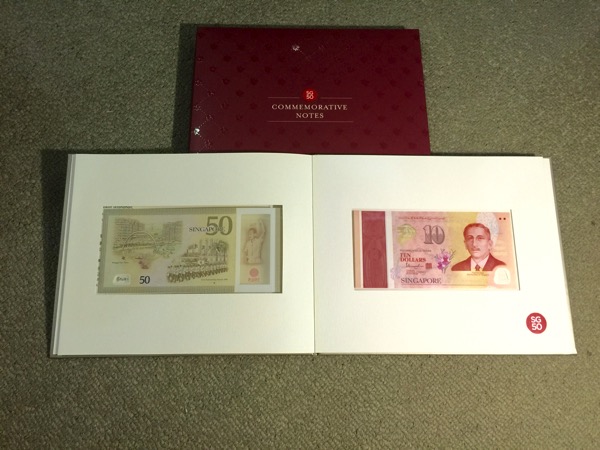 On the 50-dollar notes, our beloved former Prime Minister Lee Kuan Yew is pictured blazing the trail for Singapore. 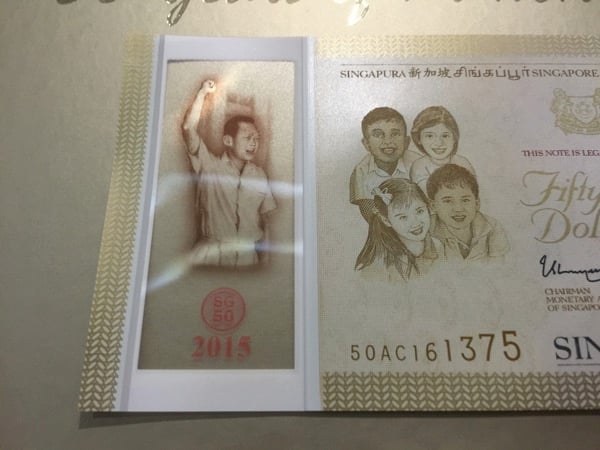 Despite groaning at everything branded with #SG50, you probably felt a sense of pride and achievement in the nation’s jubilee year. SG50 has forged a collective Singaporean identity and instilled in us a sense of patriotism.

The Lion in our hearts must have been roaring as we celebrated this Golden Jubilee.

SG50 in a nutshell

There were indeed some great stuff for Singaporeans young and old alike from our SG50 celebrations. Come 2016, we’ll probably be missing all these goodies.