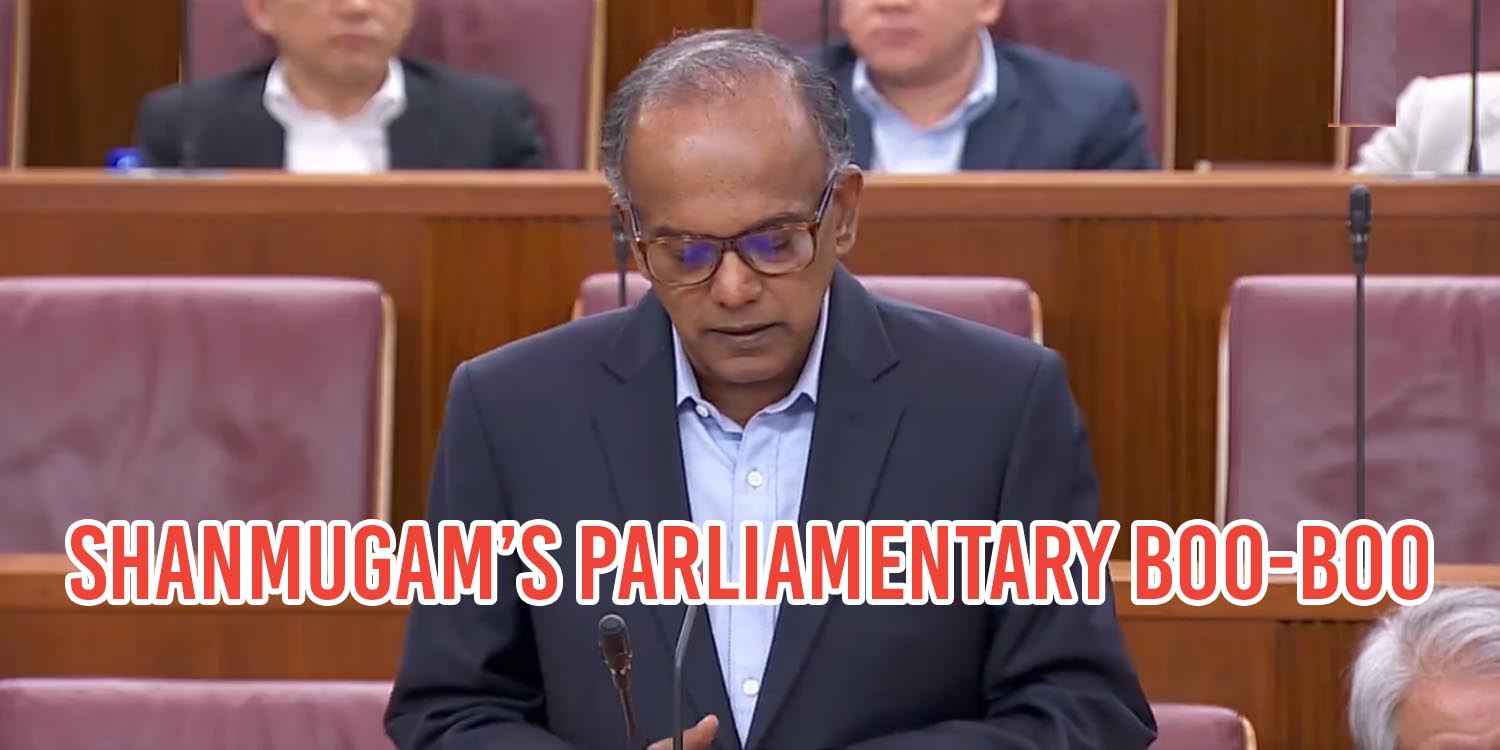 Everybody makes factual errors — even our civil servants and ministers.

Minister for Home Affairs and Law K Shanmugam proved that this week, when he got a few numbers mixed up in Parliament.

On Monday (19 Mar), Mr Shanmugam revealed the number of people convicted under Section 409 of the Penal Code, which deals with criminal breach of trust (CBT).

There are now 12 persons serving sentences for offences under s 409 of the Penal Code.

He was responding to a question from Bukit Batok MP Murali Pillai.

But the next day, the Minister for Home Affairs admitted that his figures were wrong and clarified his earlier comments.

Asking for permission to correct a “factual error”, he said,

There are in fact 15 persons currently serving sentences for section 409 offences.

The incident shows that Mr Shanmugam is committed to fact-based debates in Parliament.

No surprise then that he chided Workers’ Party MP Sylvia Lim earlier this month for “not checking her facts” before presenting them to the House.

She also admitted that she had not checked her facts. First World Parliament?!

And Mr Shanmugam holds himself to the same standards, by correcting himself in a seemingly inconsequential instance like this one.

Why Mr Pillai asked what he did

Mr Pillai’s question appears to have been a response to the Court of Appeal’s recent decision to specify who could be charged under Section 409.

In February, the Court ruled that only “professional agents” could be convicted under Section 409, which carries a maximum jail term of 15 years.

Instead, directors would be charged under Section 406, which provides for a maximum sentence of 7 years’ imprisonment.

This interpretation led to the six convicted members of City Harvest Church receiving more lenient sentences, since Kong Hee and crew were deemed directors and not employees.

In response to this, Mr Pillai asked Mr Shanmugam whether those previously charged under Section 409 would have their sentences modified.

But the Home Affairs Minister clarified that they would not be.

So whether 12 or 15 people were convicted for CBT wouldn’t have made too big a difference to proceedings.

Nonetheless, Mr Shanmugam proved to be a professional parliamentarian when he came out to admit he was wrong — and that’s a gutsy thing to do.