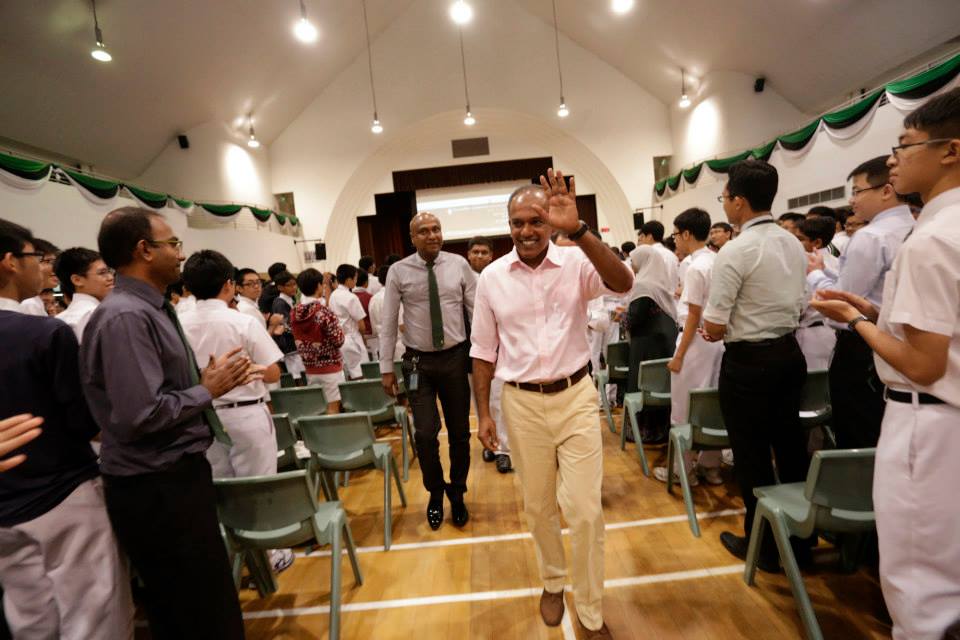 [UPDATE 29 Aug 11pm]: Minister Shanmugam has decided not to file a police report after all, and has instead met with the woman who made the comments. He discovered that she did not have any ill-will, despite making those “completely untrue” accusations.

She also made an apology for her comments.

On Friday (28 Aug), Minister for Law and Foreign Affairs K Shanmugam revealed via Facebook that he intends to file a police report over a Facebook post that misinterpreted his comments on the Malaysian education system, which he had made at a media forum that night.

The minister was speaking to media professionals at a forum organised by the Singapore Press Club about the worsening state of the Malaysian economy. He mentioned how the rising racial, religious, and political polarisation of Malaysia may have serious implications for Singapore’s own economy and social cohesion.

Minister Shanmugam highlighted Malaysia’s rising polarisation, by highlighting how increasingly the Chinese children in Malaysia are attending Chinese-medium schools while the Malay children go to mainstream schools, “ which are becoming more Malay and Islamic.”

“From a very early age, the Malay and Chinese population are apart? How will they integrate later?”

The individual, Sangeetha Thanapal, is an independent scholar involved in anti-racism work in Singapore. She wrote a lengthy Facebook post, accusing the minister of being racist. In response, Minister Shanmugam replied on his own Facebook post that Thanapal had unfortunately twisted what I had said and suggested that I was an ‘Islamaphobic bigot who thinks Malay-Muslims are a threat’. He also shared that he intended to file a police report.

Whoop whoop, that’s the sound of the police

Nomination day isn’t even upon us, and this is already the second police report made by a politician.

The first police report of GE2015 was made by Workers’ Party’s Daniel Goh, who faced allegations of infidelity via an anonymous letter sent to the media.

This case seems largely different though.

No doubt the minister was misquoted and a snap judgement was made by Thanapal. But filing a police report will just escalate the situation unnecessarily.

In the age of online media, there are thousands of unfair comments made about people every day by readers who don’t fully understand or don’t even read articles beyond the headlines. Unfortunately for Thanapal, her comments reached further than she had expected.

Give Singapore readers the credit to be able to discern a Facebook post that holds on weight and filter it out. Her tactics are divisive, and not one that all Singaporean minorities would agree with.

After all, we have a good education system to rely on.