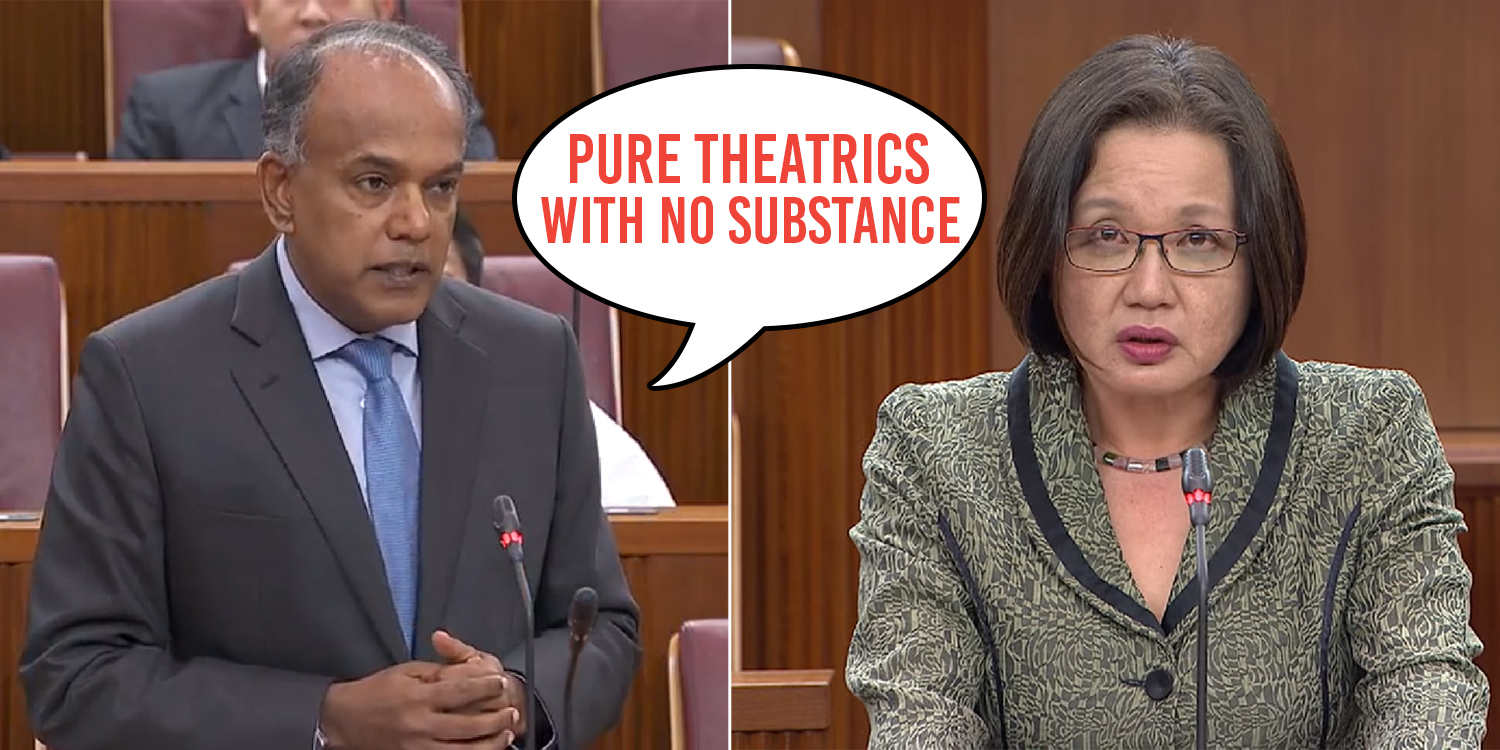 “Absurd”. “Pure theatrics with no substance“, and “calculated to mislead”.

As revealed in a subsequent Facebook post, Mr Shanmugam wasn’t too pleased with what she had to say about the renewal of the Criminal Law (Temporary Provisions) Act (CLTPA). 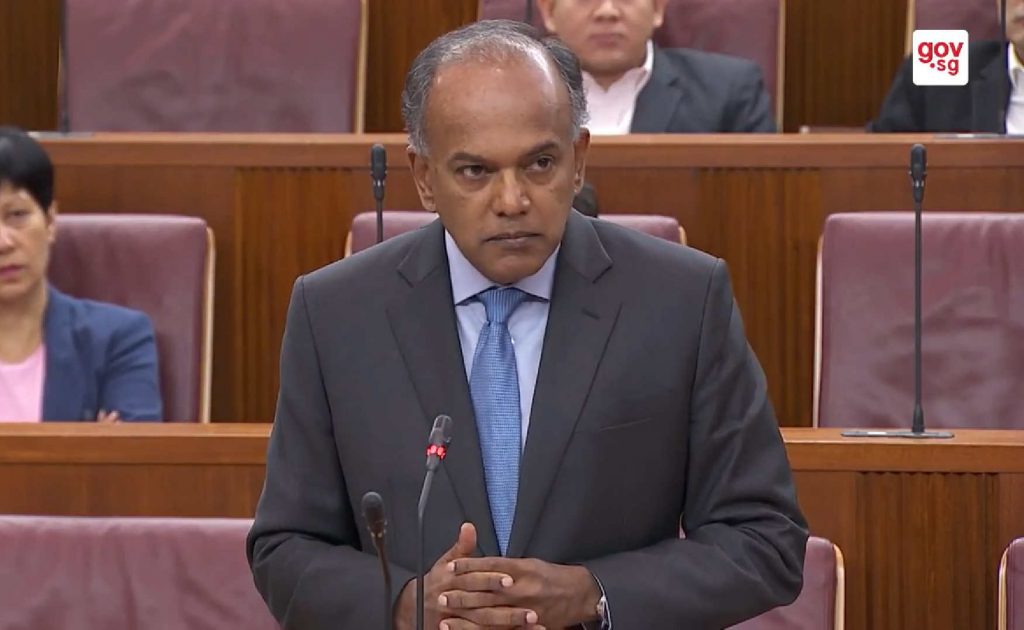 Having first crossed swords over the age of the new Attorney-General and more recently, the counting of the presidential terms – which led to last year’s Presidential Election – these two seem to have quite the history together.

So what exactly are they sparring about this time? Let’s find out.

On Wednesday (7 Feb), Mr Shanmugan gave his thoughts on the fiery debate which played out in parliament on Facebook.

In short, he briefly touched on the amendment and simplified it for his followers while praising Mr Pritam Singh and Mr Dennis Tan for sharing their opinions in Parliament.

However, he shot down “one of the WP MPs” statements.

Although Ms Lim was not named, he used the pronoun “she”, which made it rather clear whom he was talking about.

Like in Parliament, he once again stated that the amendment did not grant the Minister more power nor did it remove some from the judicial review.

He also indirectly threw shade at Ms Lim by saying that anyone who actually read “the Dan Tan case” and “knew some law” would have understood his position.

Which is all fine and dandy, except for the following:

We’re no experts ourselves, but it would seem that law is kinda up Ms Lim’s alley — aside from being the PAP’s opposition, that is.

He then ended off his post by indirectly referencing Ms Lim’s statements as nothing but wayang.

We presume this meant that some parts of the debate – in particular Ms Lim’s statements – meant little and was only intended to “mislead” whomever was in attendance.

Strong words from our Law Minister indeed. But is that really what went down in that fateful parliament session?

What was said by the Workers’ Party

Firstly, let’s examine what other members of WP – in particular Mr Pritam Singh and Mr Dennis Tan – had to say about the matter. 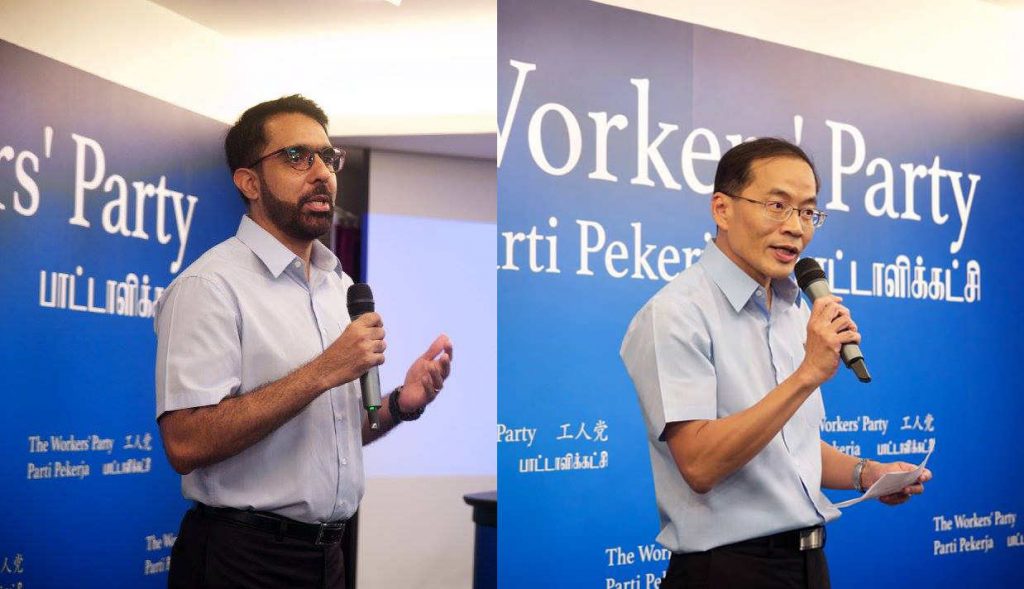 Expressing concern over what he felt was the bill’s curtailment of judicial oversight, Mr Singh felt that such a decision was out of place with the law in Singapore. He said,

The prospect of locking people up for an undetermined duration is incongruous with the rule of law.

Believing the amendment to be a disconcerting change, Mr Tan added the following,

The most controversial and draconian aspect of this Act is the fact it puts people behind bars without usual due process. To take away someone’s liberty like this is not something we should take lightly.

To which Mr Shanmugam felt were valid concerns to hold. He even went as far as to praise these comments for being a “good exchange”, despite both of them voting against the bill.

So what then did Ms Lim say that caused him to refer to what she said as “absurd”?

Basically what Mr Singh and Mr Tan said. But turned up to eleven. 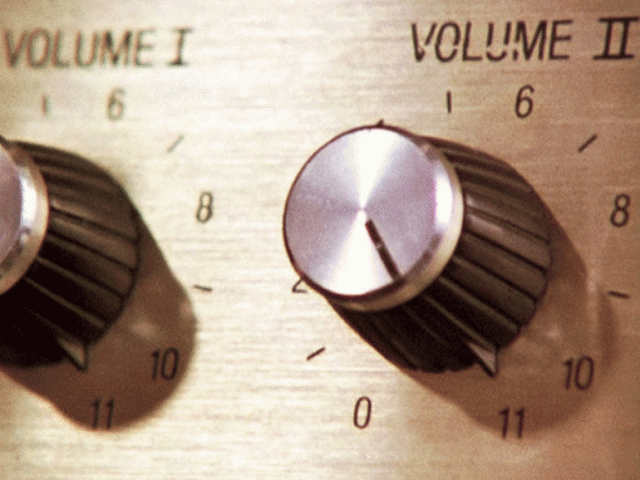 If you’re interested, you can view her full statements courtesy of Channel NewsAsia here:

Otherwise, here’s a summary of what she said during the session.

1. Questioning the timing of the act

Referring to the timing of the act as “premature”, Ms Lim questioned why the decision – to extend the law for another 5 years – was made now, even though the bill was only set to expire much later in Oct 2019.

How do we know what the situation will be like towards the end of next year? Things can always change. (emphasis ours)

Ms Lim then reasoned that making the decision now was going against what the Parliament stood for.

And that was just the tip of the iceberg.

2. Making the Minister a “global policeman” Ms Lim pointed out how the change would allow the Minister to bypass answering questions, such as whether cases are serious enough before making a decision.

This expansion of the kind of activities subject to the Act in effect makes the Minister a global policeman with no equal in the world. (emphasis ours)

She also claimed it was a position “too arrogant” for the House to support.

Ms Lim further referred to the move as an attempt to expand the Minister for Home Affairs’ power.

By linking the organised crime activity (OCA) to the CLTPA — is the new Schedule not expanding the Minister’s powers? (emphasis ours)

This was despite Mr Shanmugam’s insistence that the decision did no such thing.

Ms Lim, however, refused to take no for an answer and did not hold back in her subsequent rebuttal.

4. The necessity of the bill She questioned whether the bill even necessary in the first place — believing it would only do more harm than good in the long run.

If what the Minister is saying is correct – that the clause is not meant to change anything – then why introduce it at all? (emphasis ours)

She elaborated that the clause may cause further “confusion and possible problems” down the road.

Ending off her fiery rebuttal, Ms Lim deemed the bill untenable and was wary against empowering the Government even further.

Especially when it came to detaining potentially innocent citizens.

5. Giving the Government too much power

Lastly, she highlighted her concerns on allowing the Government to detain suspects without any trial.

She cautioned that the government shouldn’t be given “too much power to detain people without fair trial”, as there runs the risk of this “power” being “abused”.

This is all the more so when dealing with powers to deprive people of their liberty for years. (emphasis ours)

There’s no doubt in our minds that this was a surely a heated exchange.

But as to whether Ms Lim’s statements were truly “absurd”, we’ll leave that up to you to decide.

What’s the status of the bill now?

After four hours of discussion, the CLTPA was voted by an overwhelming majority to be extended for the 14th time — for another five years until 2024. 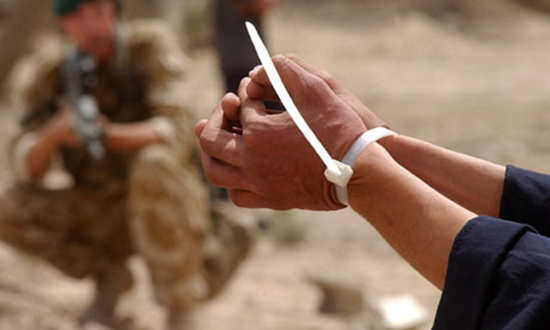 The law – which was first introduced in 1955 – allows for criminal suspects to be detained without trial.

Furthermore, new changes include providing the minister with the final say on whether detention is necessary for reasons of public safety, peace and good order.

What does everyone else think?

What do you think of this entire incident? Do you agree with Ms Lim that such a law only stands to give the Minister more power or are you on Mr Shanmugam’s side?

Furthermore, do you feel his comments on Facebook towards Ms Lim were justified?

As we wait for Ms Lim’s response, let us know what you think.