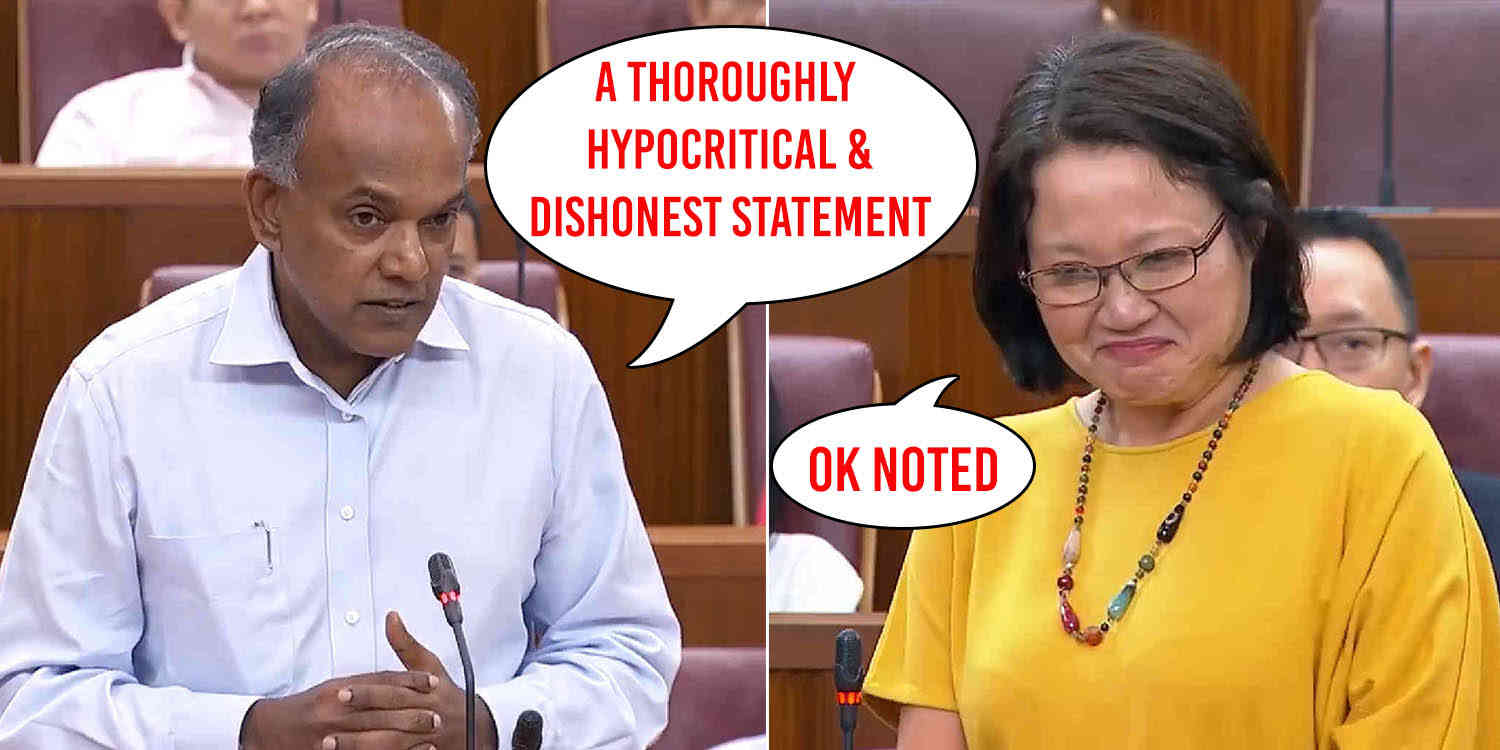 Law Minister K Shanmugam and Workers’ Party chairman Sylvia Lim are no strangers to each other.

The two have a storied history, frequently bandying words in Parliament over their respective party’s ideological differences. 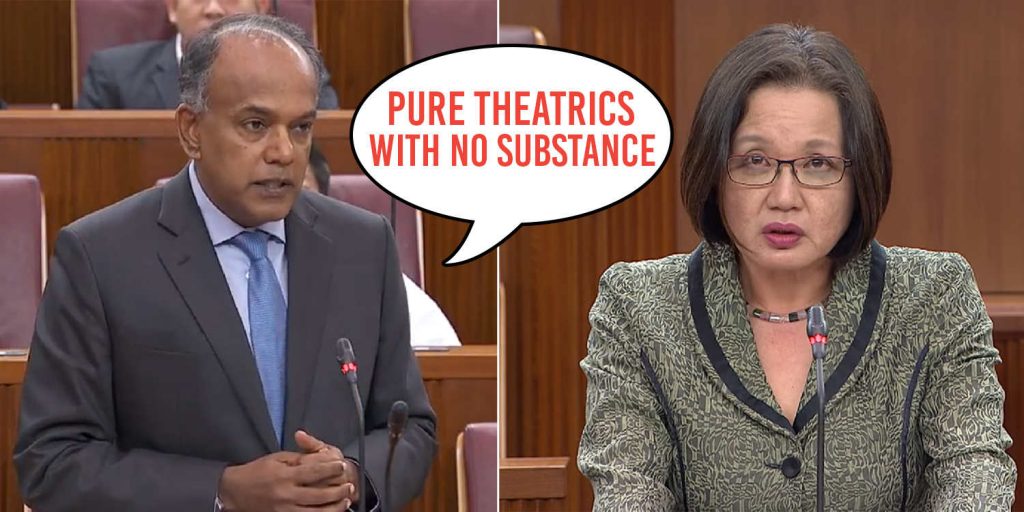 The recent 3-day sitting of Parliament which saw the Budget being passed has produced the next chapter in an extended feud that has seen the pair quibble over issues such as:

Clearly, there is no love lost between the two.

Let’s take a look at the duo’s latest disagreement, shall we?

The inkling of a claim

You may have heard that Workers’ Party MPs were the only ones who voted against this year’s Budget.

Well, contrary to the voting record, the WP aren’t as opposed to the Budget as you might think.

In fact, the GST hike is the only thing they had an issue with.

Ms Sylvia Lim made it known that the Budget would have been passed completely unopposed if not for the inclusion of the GST hike. 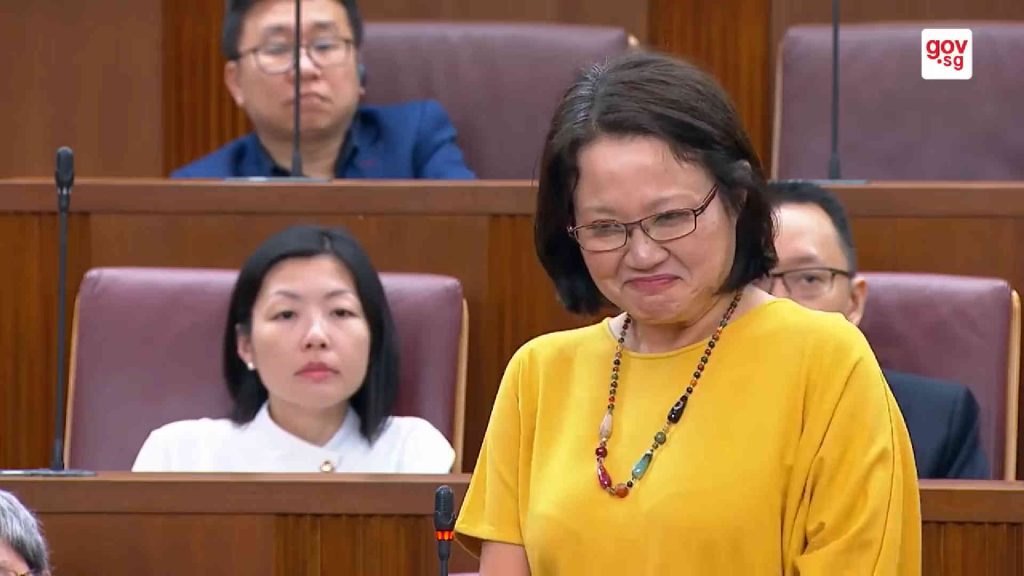 She commented that the Government had run what she called “trial balloons” about the need to increase the country’s revenue during the weeks prior to the budget announcement.

From the negative public reaction that resulted, she indicated that the establishment “backed down” but was ultimately “stuck” with it.

Had the GST hike not been announced, Ms Lim said they could have been debating a GST hike that day in Parliament.

A rebuttal from Shanmugam

Mr Shanmugam wasn’t going to let that fly. No sir. If you think about it, a lobby IS part of a house.
Source

Launching right into his offensive, he “invited” Ms Lim to agree that she made a “thoroughly hypocritical and dishonest statement”.

He also said that such statements were “typical of the statements she makes in this House”.

He rebutted Ms Lim’s “test balloon” claims, saying that PM Lee Hsien Loong had touched upon it in his National Day Rally in 2013.

There is also precedence to announcing changes to the tax well before it kicks in, he said.

Following which he pointed out that GST was first mooted in 1986, but only introduced in 1994.

According to Mr Shanmugam, Ms Lim’s claims were tantamount to “making an accusation that the Government is behaving willy-nilly, dishonestly”.

Leaping to her defense, Ms Lim hotly stated that she acted honestly and was stating her belief.

Bringing up their storied history, she said the Mr Shanmugam “probably was not happy about past debates” and disagreements about legislative changes.

She also said that accusing her of dishonesty was of “typical fashion” of Mr Shanmugam.

“As far as I am concerned I’ve acted honestly” said the Workers’ Party chairman.

At this point, the two politicians were playing hot potato with Parliament members’ attention, practically leaping out of their seats to respond to each other.

With a touch of exasperation, Speaker Tan Chuan-Jin had to remind them to wait for him to call them forward to speak. 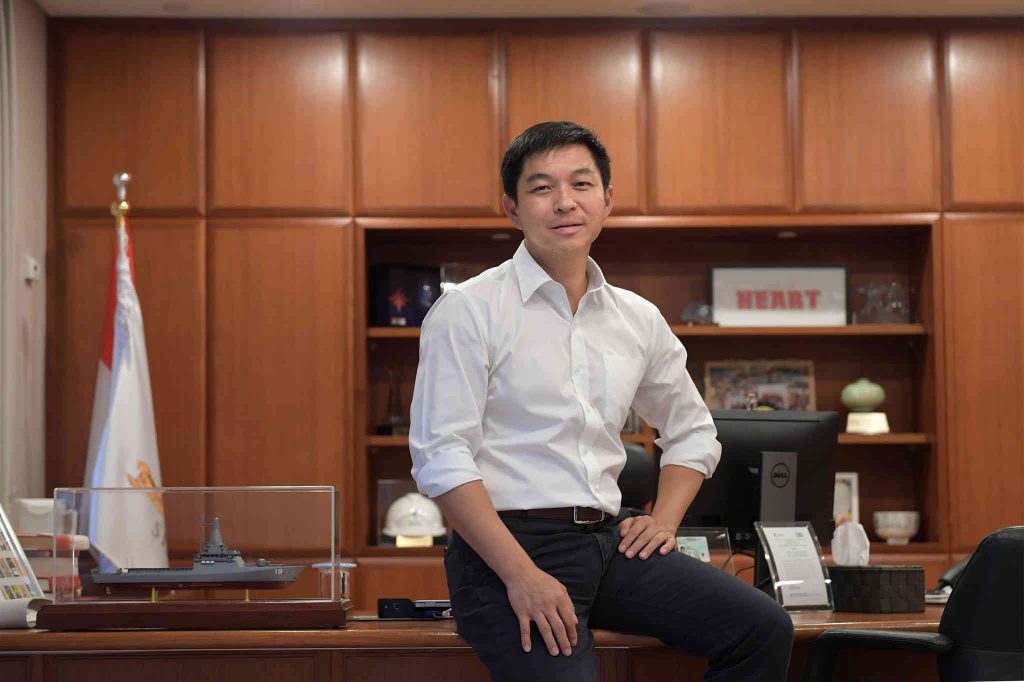 Peace before the storm

At the end of the furious debate where even Finance Minister Heng Swee Keat was roped in, Ms Lim was asked again to withdraw her statement.

She stoically refused, saying that she felt there was “nothing wrong” with what she said.

“But I’ve noted his answer”, she added, referring to Mr Heng’s request.

Following which Mr Shanmugam, took to Facebook to make his voice heard on the matter even after Parliament was over.

Will this saga continue in the next Parliament session? Will Mr Shanmugam allow Ms Lim to make remarks in Parliament without chewing her out?

And will media outlets continue to refer to exchanges as “crossing swords”?

We’re definitely keeping our eyes peeled for the next episode in this nail-biting saga.