Pull out your chairs and grab your popcorn, watch Shawn Yee go viral.

Shawn Yee and Amos Yee are not brothers… but they might as well be.

Before his Facebook post about a very touchy subject, Shawn Yee was just a regular Singaporean boy who had thoughts about everything. Shawn Yee feels that single mothers do not deserve the right to enjoy pro-family incentives from the Government. According to him, taxpayers shouldn’t pay money just to help single mothers to support their child.

Well, you can’t expect somebody who has strong opinions about everything to just lay back and watch the world “self-destruct”, can you?

But that’s not the only thing that’s interesting. Take a look at his lengthy responses to some disagreeing individuals. 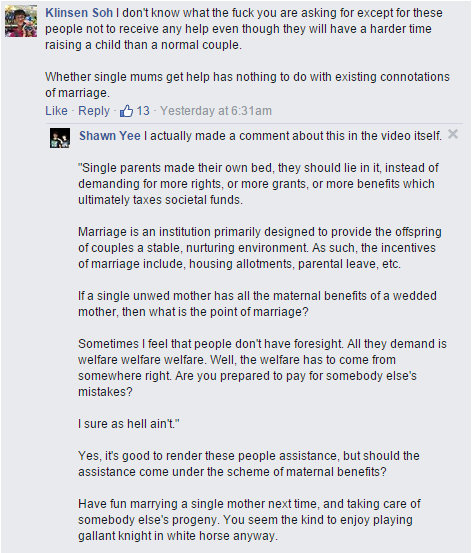 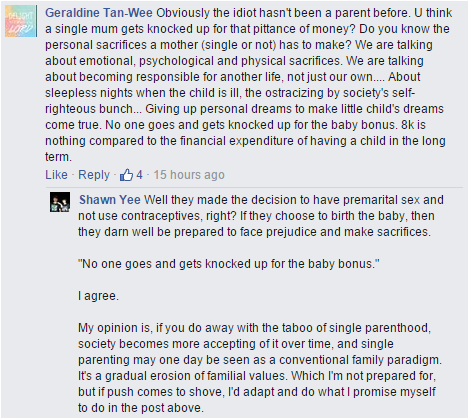 But it doesn’t just stop there.

Apparently, the burns Shawn Yee received from the post did not make him want to stand down.

So he went ahead and posted another one… He also wants to run for office.

So what we gathered from the audience’s response is that Shawn Yee has been receiving a handful of criticisms for creatively expressing himself on social media.

At least now we know what we can do to piss the whole Singapore off! Thank you, Shawn Yee.

What do you think of Shawn Yee’s rant on Facebook? Do you think he has a point? Or was he simply rambling on, without any sense of direction?

Let us know in the comments!