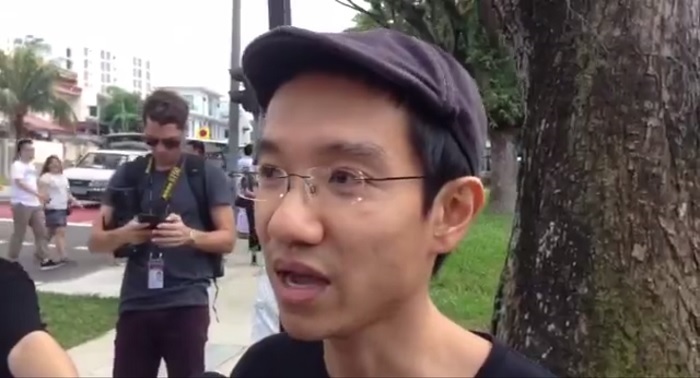 Is it that difficult to find 10 people who live in Bukit Panjang? Just ask Shirwin Eu

The 12pm cut-off time for Nomination is over, the dust has settled, and all we have left to do is to look at the confirmed candidates, and make educated decisions on who to actually vote for.

We can also look at the people who failed in their bid to be nominated too.

#BtPanjang: Uber driver Shirwin Eu has been disqualified. He could not get the 10 signatories required #GE2015 pic.twitter.com/f0N6P6v0cl

Or, we could also look at Shirwin’s The Noose-worthy interview right before his application failed.

Reporter: “Is this an attention-seeking stunt?”

Shirwin: *shrugs* “Maybe you can call it that.”

That, ladies and gentlemen, is how you be a politician. Be brave and frank. Just let the people know you’re in politics because it’s “kind of a lucrative job”.

We also found out that Shirwin is a bit of a movie buff, with his “planting a seed” quote, obviously in reference to Christopher Nolan’s Inception.

Bukit Panjang will rue the day 10 people didn’t turn up to help him sign his forms.

Featured Image via The Straits Times