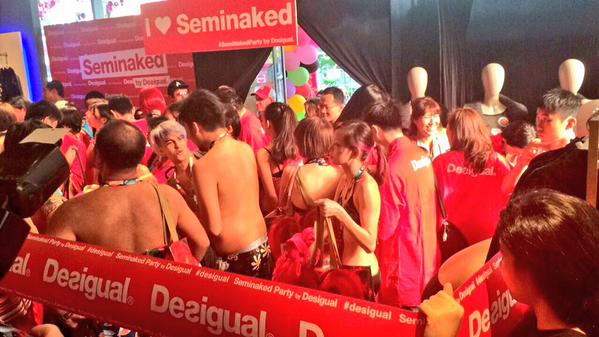 Turn Up Seminaked And Desigual Dresses You

Arrive half-naked and get an outfit completely free. That was the pitch that got Singaporeans queuing up in their bikinis and broad shorts along Orchard Road today.

The Seminaked campaign launched by Spanish fashion label Desigual to kick off their sale season saw customers queuing from as early as 11pm on Wednesday night. The successful publicity stunt started in 2005 and has been held all around the world’s major cities like Tokyo, Paris and New York. This is the first time that its happening in Singapore. 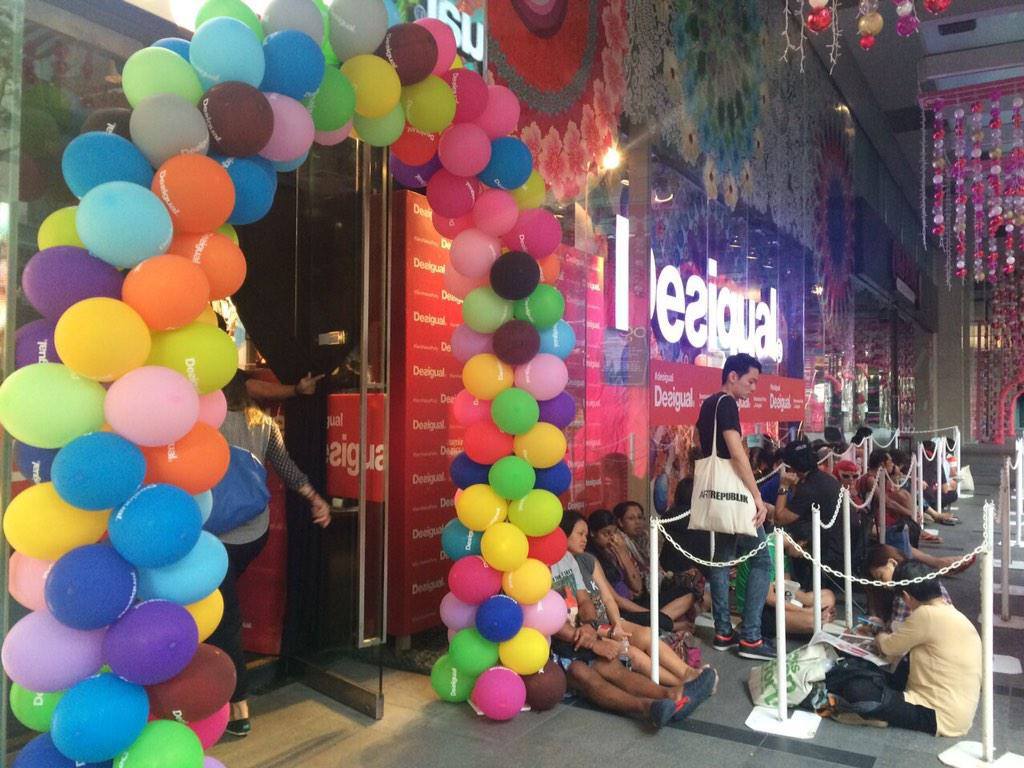 Singaporeans seemed to have a good time in the stores picking out their brand new outfit, heck it is a sale.

The only difference was perhaps that it was less of a party atmosphere in the Singapore store despite the music. Most people in the store were there solely for the freebies and not so much for the fun stunt.

The deejay looks ready to party. 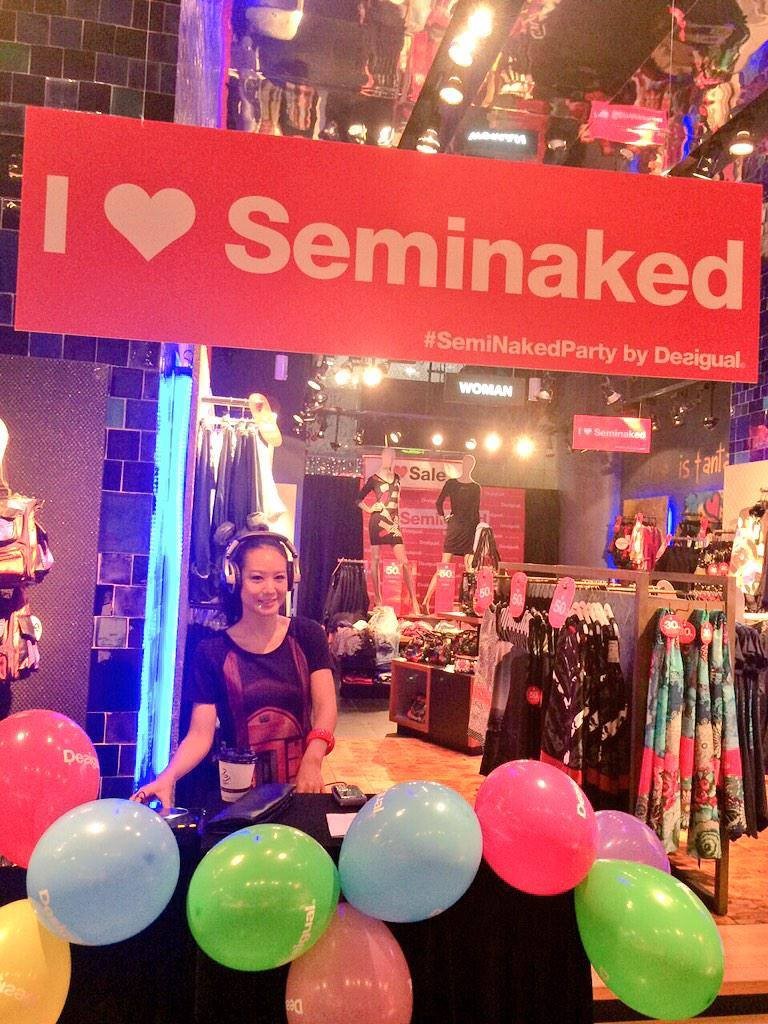 The customers look ready to shop. 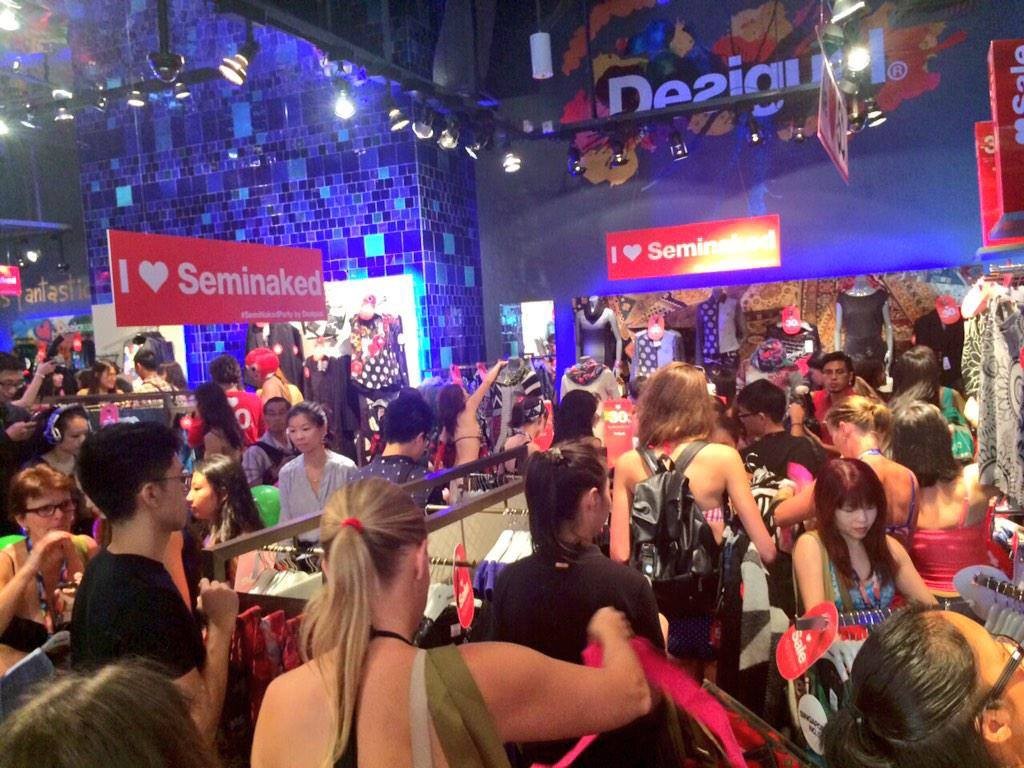 Well least everyone had a blast anyway, plus Desigual just launched its first ever successful Seminaked party. 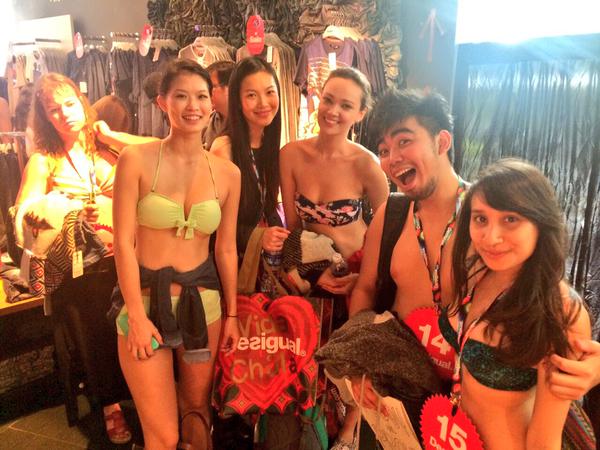 Here’s what a Desigual Seminaked party looks like in Paris.