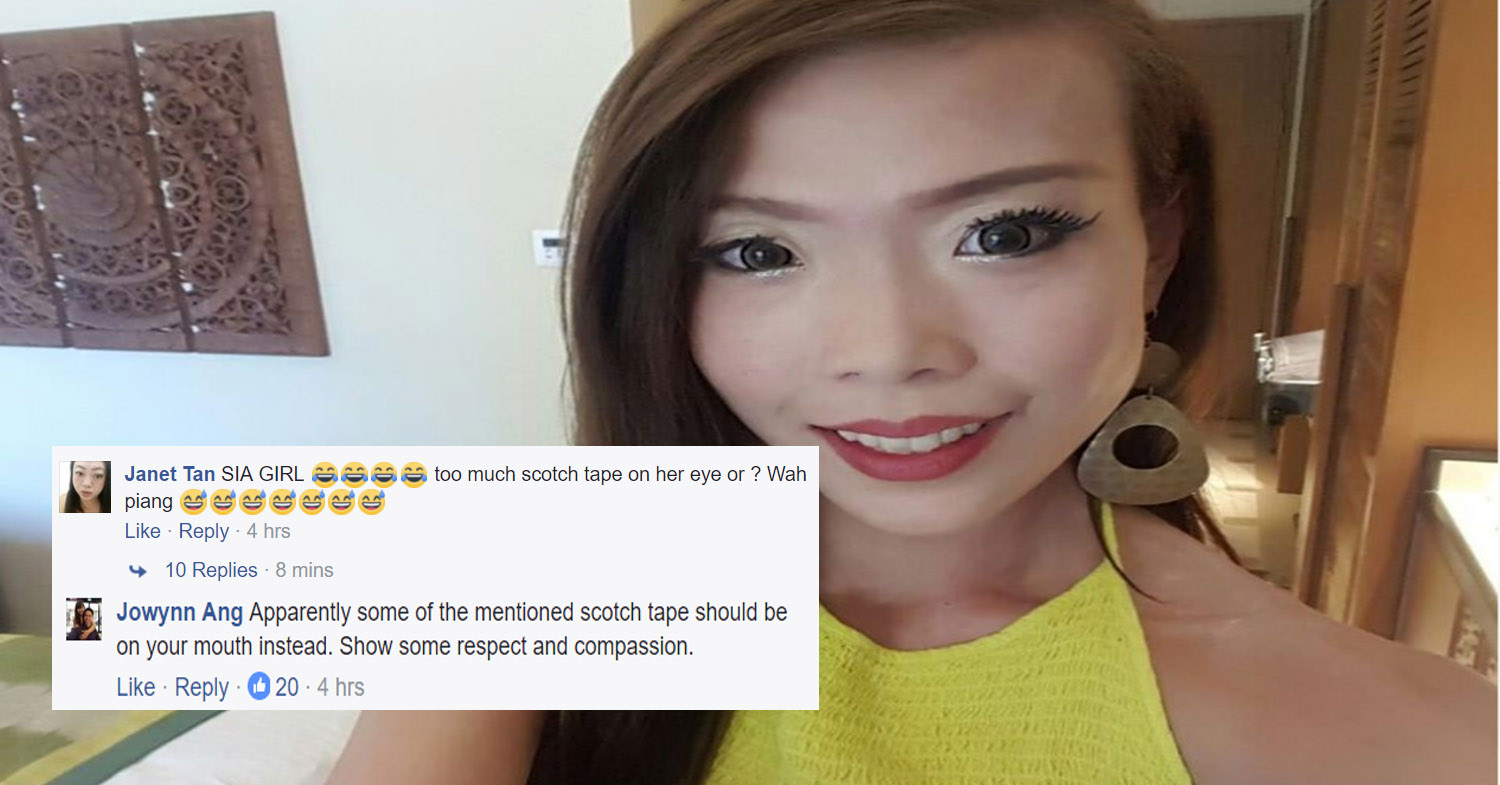 There’s a special level of hell reserved for people who speak ill of the dead. Those who made nasty comments on SIA girl Vanessa Yeap should be very afraid, after their “mean girl” posts on Facebook received swift condemnation.

Ms Yeap, 38, who had been an air stewardess for Singapore Airlines (SIA) for 16 years, was found dead on Tuesday (Jan 31) in her San Francisco hotel room, reported The Straits Times. She did not appear at the hotel lobby to check out for her return flight from the American city to Singapore, and her colleagues found her. SIA was quoted by The Straits Times as saying: “We can confirm with regret that one of our female cabin crew was found deceased in her hotel room in San Francisco on Feb 1, 2017 (Singapore time).”

Her brother Eric Yeap, has since posted this picture in remembrance of her:

AsiaOne has since posted an article on Ms Yeap’s death, but somehow instead of the tragedy of her death, some individuals chose instead to focus negatively on her looks.

On the AsiaOne Facebook page, which carried a post on Ms Yeap’s death, at least two comments stood out:

Almost 6 million years of evolution, and some humans can be obsessed with looks until like that.

They seem to have forgotten something: Someone has just passed away. Some people have lost their daughter, sister, or friend.

How is it barely conceivable to insult someone who has just passed away?

Even someone who has the intelligence of a pillar would know better than to post comments like these.

The mean comments drew a flood of rebuke from other netizens: 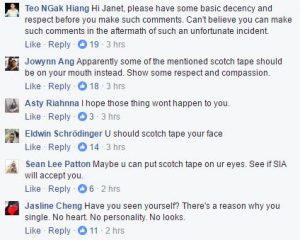 Ironically, some people chose to turn the tables and comment on the looks of the “mean girls” – which we don’t condone but it’s a bit of a taste of their own medicine, so they can perhaps reflect on how it feels to be slammed for your looks: 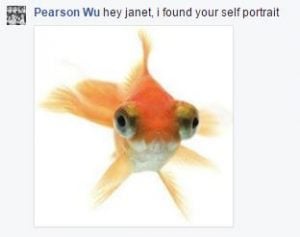 Commenter Joanne Wong perhaps said the most sensible thing on the incident, so let this be our takeaway:

We convey our condolences to the Yeap family and wish them strength.