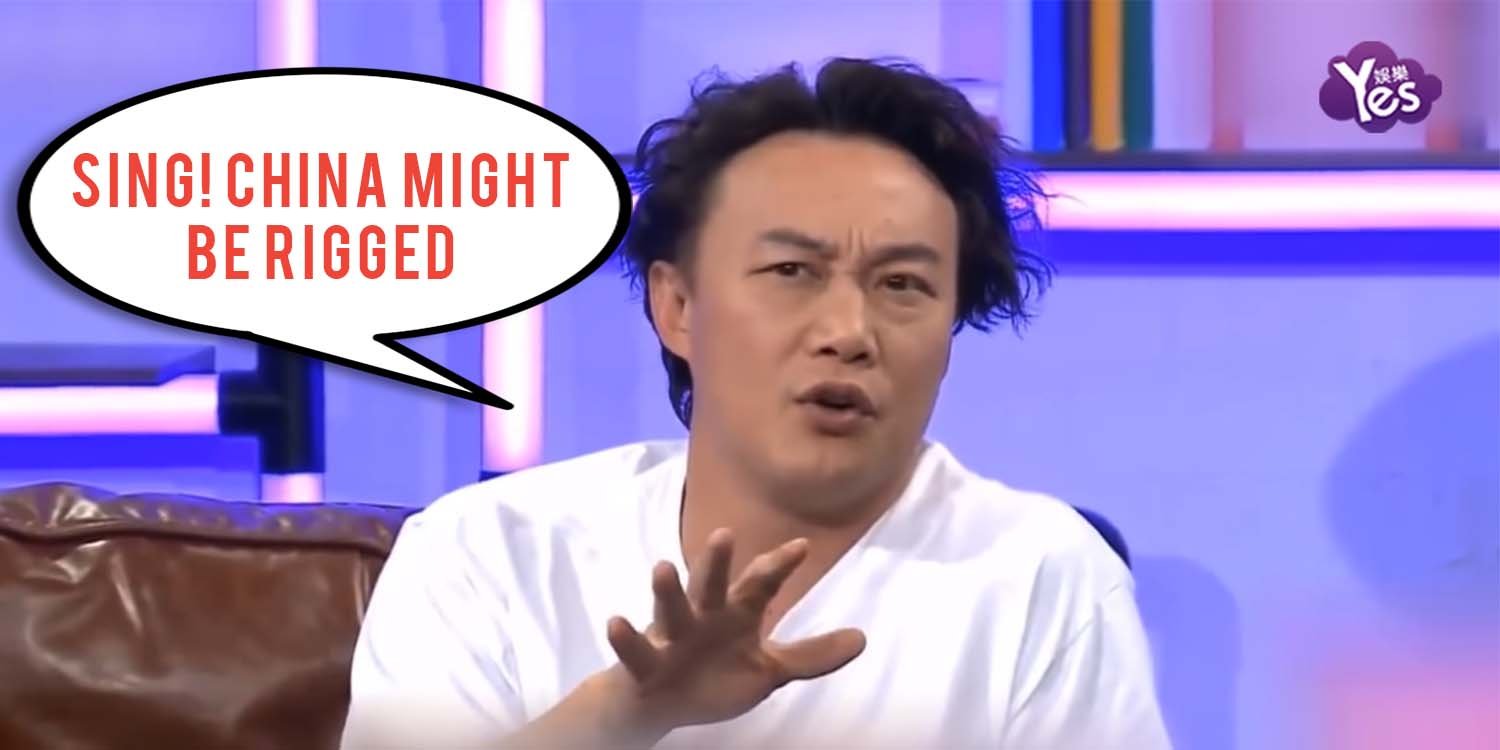 Sing! China is arguably the biggest singing competition in China. The promise of popularity and exposure to Asia’s largest audience is probably what entices singers from all over Asia to enter the competition.

The competition first gained traction in Singapore after local vocalist Nathan Hartono emerged as the 1st-runner-up in the 2016 edition. Hoping to emulate Hartono’s success, five more Singaporeans joined 2017’s edition of the competition, although only four were featured in the competition.

However, it seems that the competition might not be so competitive after all.

This comes after Sing! China Judge Eason Chan suggested that the singing competition might possibly be rigged, during a talk show on Hong Kong entertainment channel ViuTV.

In an interview with Eason Chan, the Sing! China judge revealed that during the blind audition phase of the program, he and fellow judge Na Ying had been prompted by a director to push their button in approval of a female contestant. However, both judges did not select the contestant.

Days later, Chan said that he recognized the girl’s voice at a second audition. This time, the girl was selected by judge Liu Huan. This was when the director prompted both Na Ying and Eason Chan to hit their buzzer again. Once again, neither selected the girl.

Sensing that this was odd, Eason Chan asked if the director he personally knew the girl, and if that’s why she got a second audition. However, the director denied that this was the reason. Instead, the director argued that he felt that the judges had displayed signs that they thought the girl was good enough during the first audition, although no one gave their approval. This prompted him to call the girl back to audition again a few days later.

In retrospect, Chan told the ViuTV interviewer that this was possibly because it would be more interesting to watch the judges fight for the girl to join their team.

An adaptation of the Voice

For those that do not understand how the show works, let’s bring you up to speed before we delve further. Sing! China is an adaptation of the reality TV singing contest The Voice. During the audition rounds of the show, four judges sit behind a screen which blocks them from seeing the singer. This is to force the judges to choose singers based on the quality of their voice alone.

When the judges deems that the singer good enough, they can press their buzzer which removes the screen so that they can see the singer. The singer then can choose to be coached by any of the judges that have selected them.

If no judges hits their buzzer in approval, the contestant is booted out.

This is not the first time that Sing! China has been embroiled in controversy. Back in 2016, netizens were pissed off that Nathan Hartono had lost in the finals after some dubious voting from the invited panel of judges.

The judging criteria for the show comprised of the audience’s votes as well as the votes of a panel of 81 judges. Both sets of votes carried a weightage of 50 per cent.

After the panel of 81 judges finished casting their votes on stage, the final tally for Nathan Hartono and eventual winner Jiang Dunhao read 45-47. If you do the math, you’ll realize that 45 +47= 92 votes. Where did the extra votes come from? Take a look for yourself.

We don’t know if it was a technical glitch but according to one theory, the votes jumped even before the slip was scanned.

Although Mr Chan has spoken out on the incident, fellow judge Na Ying has chosen to remain coy on the matter. Instead, the Chinese singer has chosen to quit the show after six years.

With such negative press going around, we can’t say we blame her for leaving.