Must Share News – Independent News For Singaporeans
Home People What 12 Singapore TV Celebrities Who Fell Off The Radar Are Up... 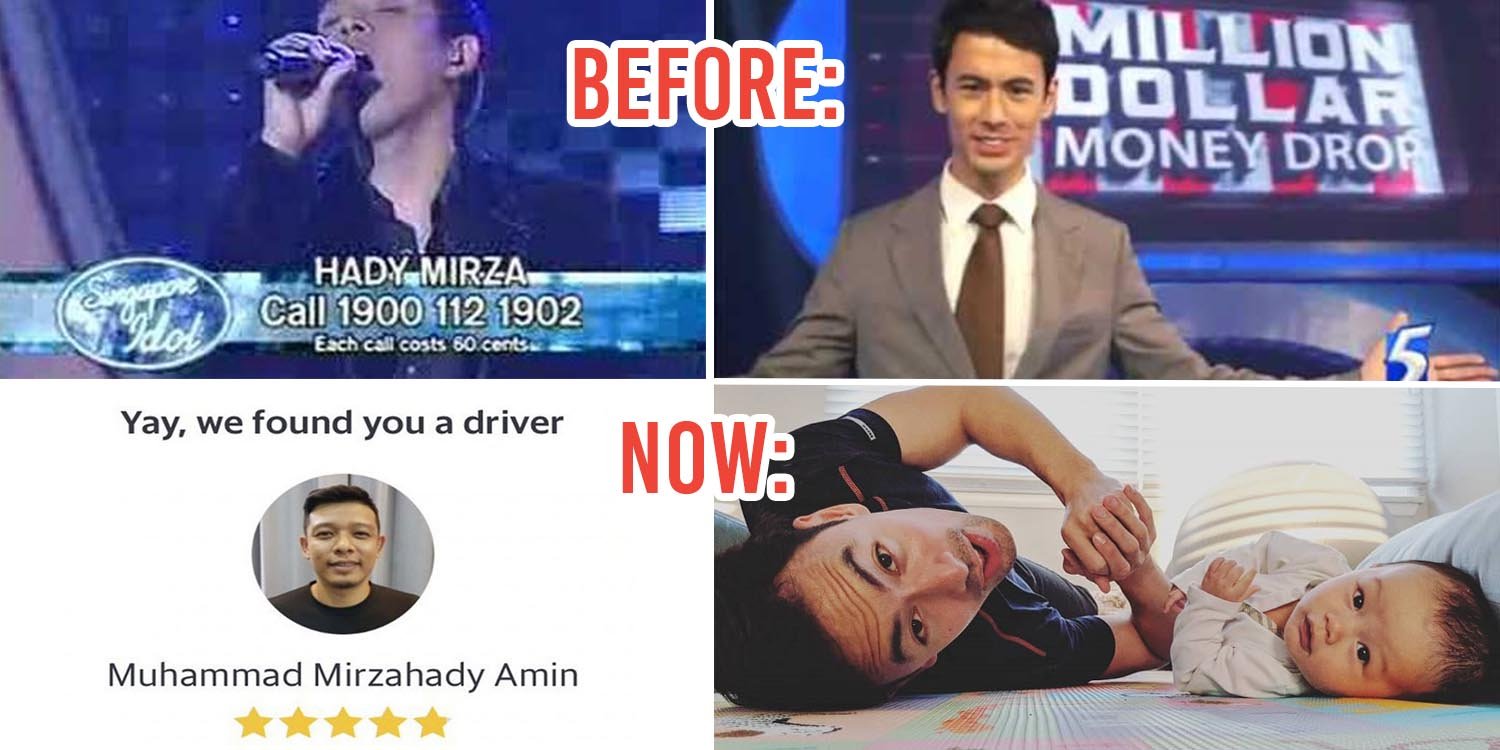 No celebrity remains in the lime light forever.

Some of them fade away into obscurity.

Where are they now? Are they still acting? Are they even in Singapore?

So many unanswered questions.

Thankfully, we have answers for you today.

Here are 12 Singapore TV personalities who fell off the radar, and what they’re up to now! Fiona Xie, 37, burst onto our television screens in the early 2000s, making her debut in everybody’s favourite Growing Up.

She went on to star in a string of hit Channel 8 dramas, among them My Genie and An Enchanted Life.

Her power on the silver screen earned her the title of the one of Mediacorp’s Seven Princesses.

After a high-profile exit from MediaCorp in 2009, Fiona slipped under the radar and trotted around the globe, living in multiple cities.

She returned to our screens briefly in 2016, when she starred in Channel 5’s Left Behind, but she seems to have left us behind once again.

Most memorable moment: When she ran down Orchard Road in a bikini for a TV drama. 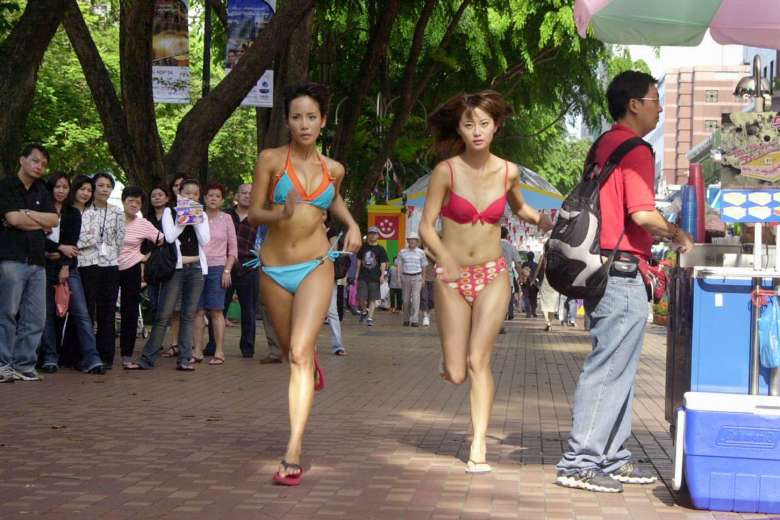 Where is she now? Gearing up for the release of Crazy Rich Asians’ sequel. Fiona has a larger role in the film this time, which also stars Michelle Yeoh. 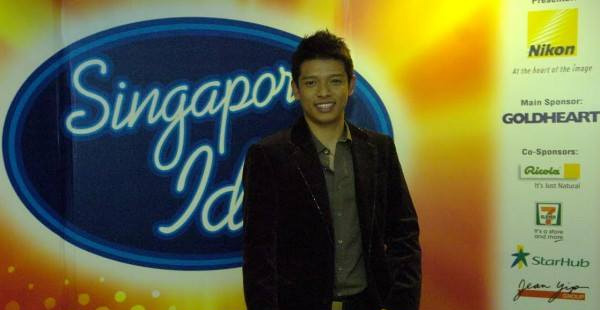 First there was Taufik, but by the time the second season of Singapore Idol rolled around in 2006, Singapore had Hady-mania.

Everybody fell for the then 25-year-old’s honey-smooth vocals and boyish charm and he won the top prize over rocker Sylvester Sim.

After winning the local edition, Hady went on to win Asian Idol and sang the 2008 National Day Parade song, Shine For Singapore.

Most memorable moment: This dreamy cover of Prince’s Kiss.

Where is he now? Hady stunned his fans when he confirmed that he’s now a Grab driver (with a 5-star rating, no less). 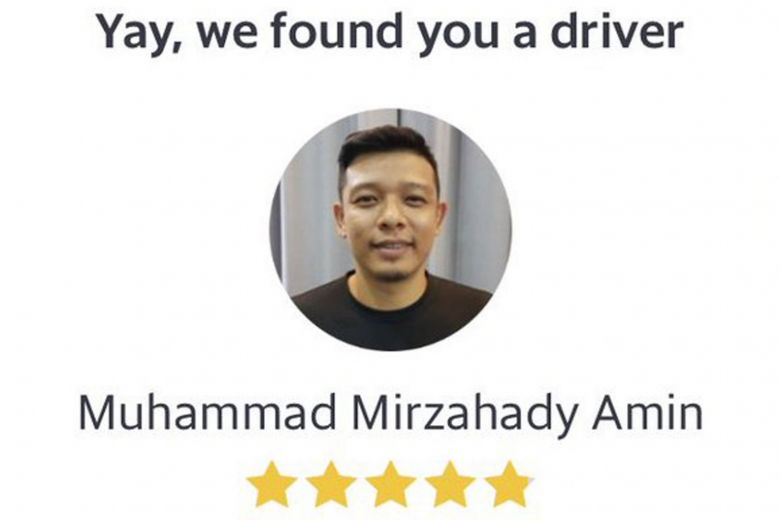 But that’s not the only thing he’s up to.

Doesn’t he sound familiar? Most of us grew up with his jokes or remember him as the co-host for the highly-rated variety show ‘Comedy Night’ [搞笑行动] on Mediacorp’s Channel 8.

His routines and hilarious antics always left us in stitches.

Most memorable moment: Tan Ah Teck from the hit Channel 5 series ‘Under One Roof’.

Perhaps this jingle would ring a bell?

Where is he now: Moses started his own gourmet club — which you can apply to join for free.

He is currently the honorary ambassador to various provinces in Korea, China and for various chef associations in Singapore and around the world.

“Hi, my name is Utt and this is Incredible Tales.” 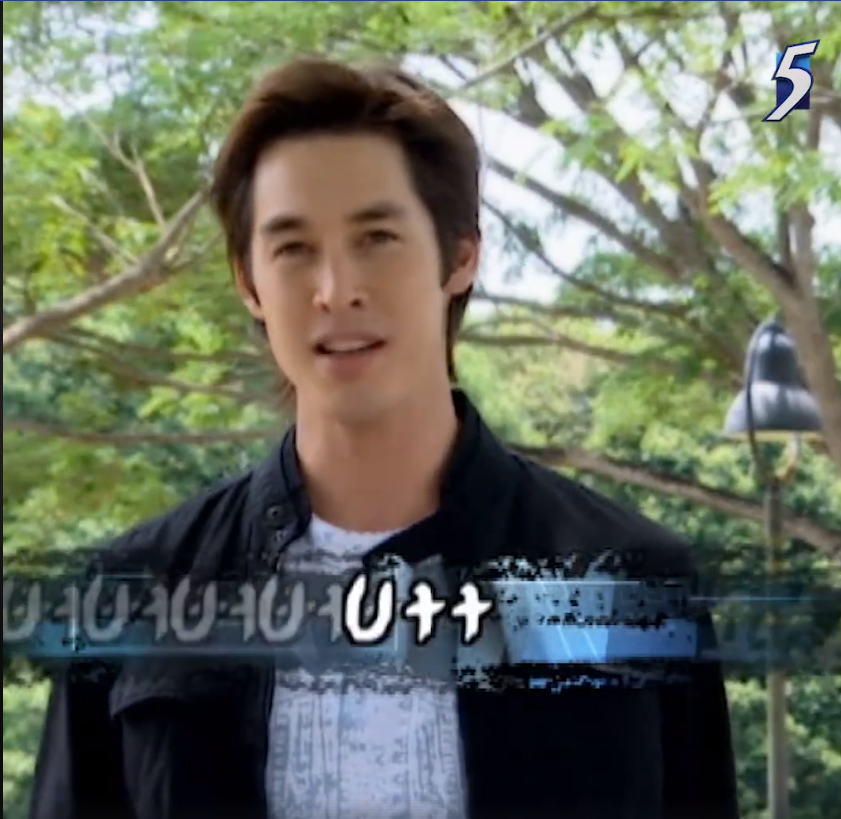 This was the classic opening line from Incredible Tales that kept us up at night — thinking about pontianaks and sounds that go bump in the dark.

The Thai-Chinese born Californian has swept the hearts of many teenage girls while sharing haunting stories on television.

You might have seen him on billboards at bus stops in the early 2010s, holding jars of chicken essence or modelling for Giordano.

He applied for permanent residency status years ago, which got denied. He’s still based in Singapore, but travels the globe frequently as part of his job as a model.

Now 45, his game is twice as strong as the boys half his age. Most memorable moment: As the ‘Incredible Tales guy’. Duh.

Where is he now: A Thai Lifestyle Advocate for Life Inspired TV channel.

As well as having a lot of fun holidaying and island hopping, as seen on his Instagram page. 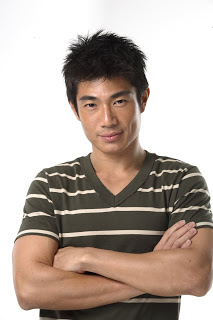 With his hunky looks, he has no lack of fans who watched him act in the dramas aired on TV.

He – alongside The Muttons – made a guest appearance on Sasuke Singapore, the obstacle course variety show, back in 2012.

Perhaps he should stick to his forte in acting.

Since leaving showbiz, the 42-year-old ventured into F&B, with a stake in Park, a bistro at Holland Village and the Five Izakaya bar chain, just to name a few.

Where is he now: In late 2017, he opened yakitori bar and grill Birders, which serves sushi and sake too at Keong Saik Road. 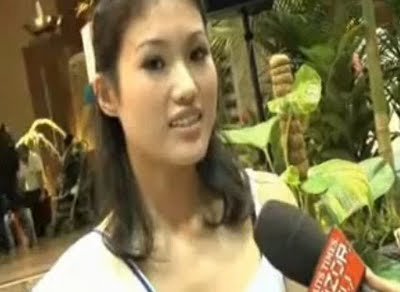 In July 2009, she was crowned Miss Singapore World and was all set to represent Singapore at that year’s Miss World finals in South Africa.

But it was for her Razor TV interview that she will forever be remembered.

That 3-minute video alone gave us so many catchphrases: boomz, horse-pee-ta-lee-tee (hospitality) and bi-gi-ni (bikini).

Despite winning the crown, Ms Low never made it to South Africa, since she was convicted of credit card fraud before the competition.

Where is she now? Error 404: not found. Perhaps we could mobilise a search team of curious netizens.

Look, it’s the guy famous for playing all the baddie roles in Mediacorp Channel 8 dramas!

Literally, we’re not even kidding. The 32-year-old’s most notable achievement in showbiz is winning the Star Awards 2010 as the ‘Most Unforgettable Villain’ in The Ultimatum. 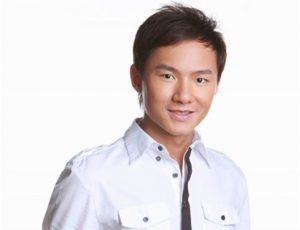 Most memorable moment: Proudly driving around Singapore in a Cherry QQ.

Where is he now: He joined Scoot in 2015 to become a full-time pilot, and graduated from SIA Training Centre. 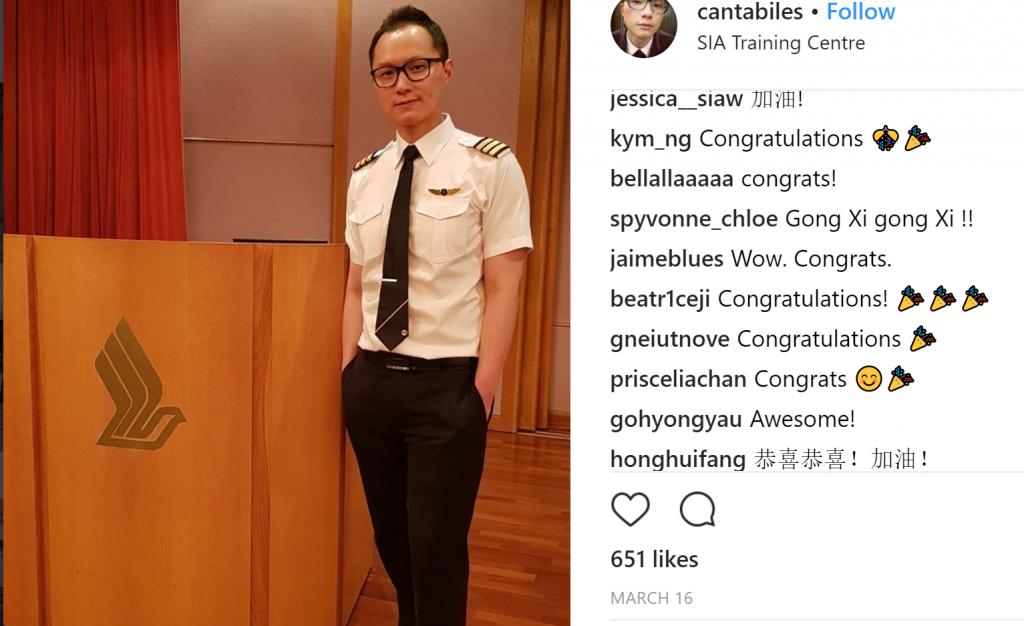 Remember Cheng Cai with the fighting skills from I Not Stupid 2? 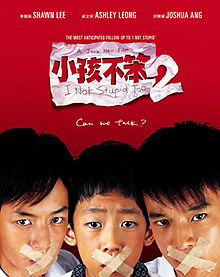 The boy on the left is now 30 years old. Feel old yet?

He acted in Table Of Glory as a teen, and then Unriddle as an adult. Damn, child actors grow up fast.

He left showbiz in 2012 to start his own recycling business. As of 2018, he’s doing sales at an alcohol company.

Where is he now: He got married to his college sweetheart and the couple even has a child now. 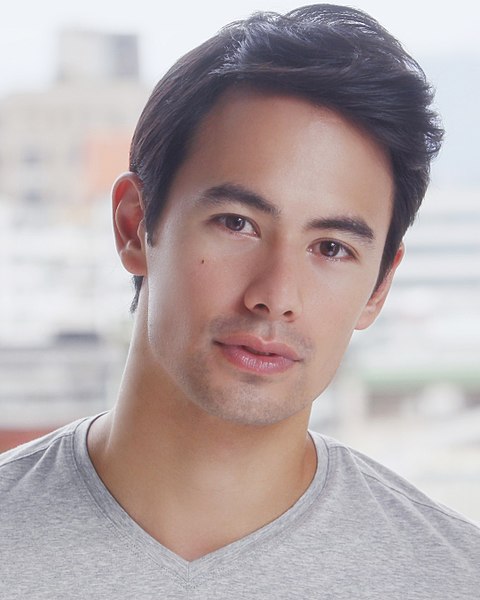 The 39-year-old made his debut as the host of Million Dollar Money Drop, a reality show where guests who answer 12 MCQs on local trivia can take home a million dollars.

This hunky British-Singaporean has also starred in The Pupil, a popular Channel 5 production, and appeared on several magazine covers.

After wedding his Taiwanese-American TV personality girlfriend in 2015, they gave birth Egan.

He also made a film about autism entitled Home, which will be screened at the Cannes Short Film Festival 2018.

Most memorable moment: When he posts adorable father-son pictures on Facebook. 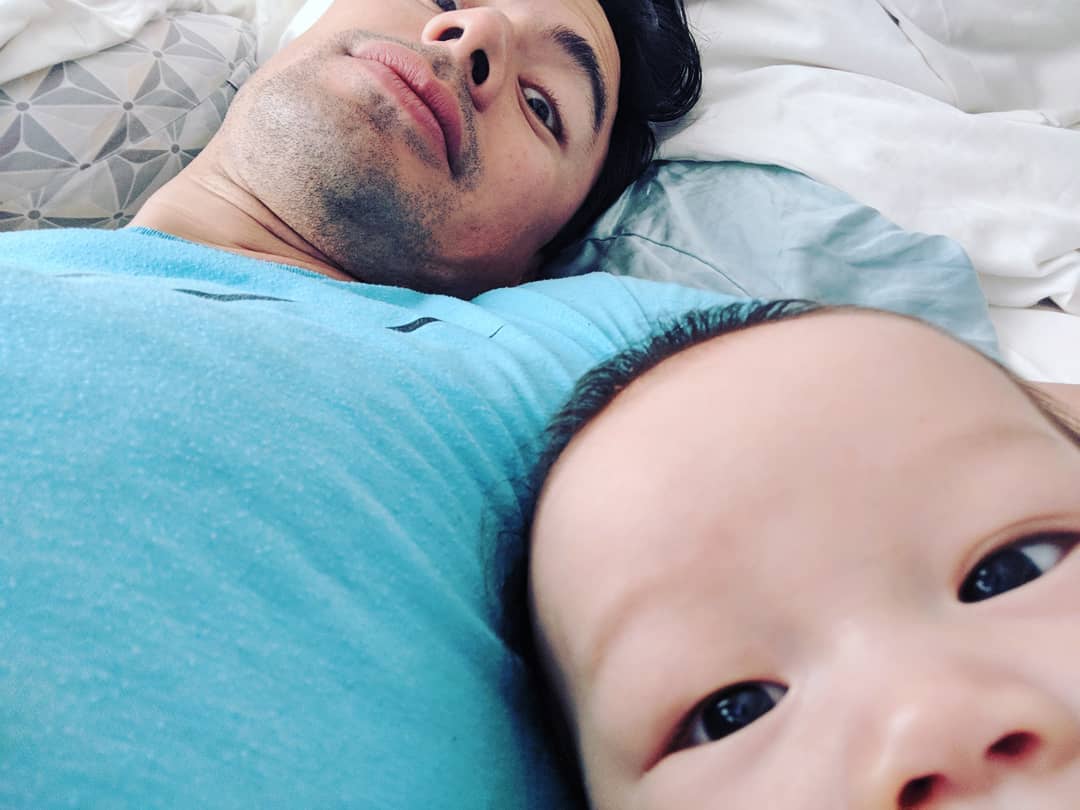 Where is he now: The film was nominated for Best Picture, and George won Best Actor in an Indie Film. 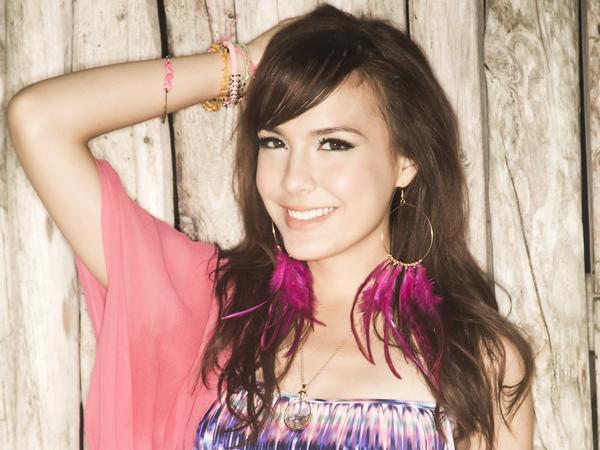 The 26-year-old local singer-songwriter is known for being one of the few Eurasians with a career in Mandopop.

Ming Bridges is more than just a pretty face: she can sing, act, model and dance. She wrote her first song ever “I Want You Back” at the tender age of 14.

She released even went on to release four albums from 2012-2015 while signed to Funkie Monkies Production.

Where is she now: She is a founder of Rentadella, a online-based fashion ensemble rental company. She also actively shares about her journey battling eating disorders on Instagram, to inspire those who suffer from similar conditions.

A lot of you say I’m confident but that’s not completely true. It’s something I fight with and work on every damn day to remind myself that I am kind but I am strong and I am me. It’s a constant reminder of acceptance in a world that fills us with messages that tell us we’re not good enough, or we have to go on this new diet, or we have to have a flat stomach. That we constantly must ‘improve’ ourselves. Every article promotes us taking action .. to buy something to be smarter, or more desirable, or cooler, or even calmer – something that promises to make us happy. But are we really happy chasing these goals? Like I said, it’s a daily battle but one worth taking, just to let us … be .. in a world that wants to make us all the same – desperately pushing us to be something other than ourselves. You are enough. You always were and always will be ❤️

Yes, he’s the hunky host from The Amazing Race Asia and to go-to local celeb featured on Men’s Health magazines.

The 46-year-old separated from his ex-wife TV personality Wong Li Lin in 2014, with his two children following Li Lin.

Most memorable moment: In 2013, he participated in Fear Factor where he downed shots of blended maggots, stink beetles, worms and fish eyes.

The American-born-Chinese clearly has guts; mine would have instantly shrivelled up.

Where is he now: He co-founded local craft beer label Brewlander, alongside ex-DJ Daniel Ong. He was last known to be dating Miss World Malaysia 2012, Ms Lee Yvonne, who is 16 years his junior; they met on the set of The Amazing Race Asia 5.

How time flies. Seeing all these celebrities in new stages of their lives definitely makes me feel old.

Can you think of anyone else who fell off the radar? 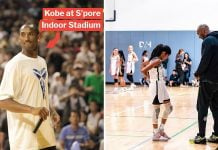