However, while many were focused on his win, perhaps a greater occurrence took place during the marathon instead.

And it involved a water bottle, a missed hydration point, and an athlete beating his idol.

Recently, we talked about how Nur Syaheeza displayed great sportsmanship after getting hit in the face with a hockey stick. Despite the unfortunate incident, she didn’t hold any grudges and even took a picture after chatting with her culprit after.

Turns out Syaheeza isn’t the only athlete in Team Singapore to display exemplary sportsmanship.

During the race, Soh noticed that his Indonesian counterpart had missed a hydration point, and offered his bottle to runner Agus Prayogo. The incident had largely gone unnoticed, until the story went viral on an Indonesian website.

Captured by an Indonesian journalist, an article titled “The Water Bottle Story in Competition between Agus Prayogo and Soh Rui Yong” was published on Indonesian sports website, detikSport. In case you don’t speak Bahasa Indonesian, neither do we. Thankfully there’s Google Translate.

Talking to Indonesian runner Agus Prayogo, the article highlighted how high temperature and humidity proved to be a challenge for him throughout the run. At one point during the final 8.9km loop of the marathon, Agus actually missed his drink at the designated hydration station.

Most competitors at this point would count their blessings and power on to the finish line, aided by their additional drink.

However, Soh Rui Yong is not like most competitors.

Upon noticing this, he selflessly offered his Indonesian counterpart the remainder of his isotonic drink.

Agus however, rejected the offer. He would go on to finish 2nd behind Soh in the marathon.

Nothing but praise for Rui Yong 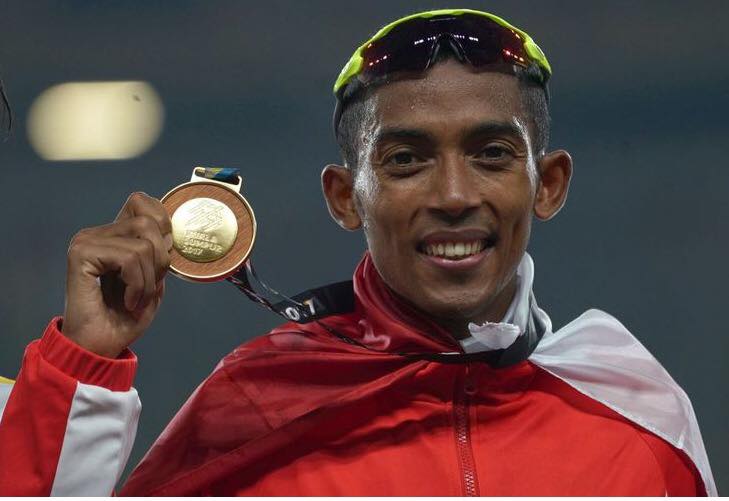 Agus had nothing but praise for the gold medalist, acknowledging his display of sportsmanship.

Even if we are enemies on the field, we still maintain sportsmanship. He took his drink, I didn’t manage to take mine, so he asked me if I wanted to take this.

He also explained that he was afraid that taking the drink would interfere with his own performance, and it had nothing to do with the drink belonging to a competitor.

To have our Singaporeans display such levels of sportsmanship is truly a feat to be proud of. Soh himself acknowledged the incident on his Facebook as well.

Racing with his idol

If you thought this story couldn’t get any better, you thought wrong. Turns out, Agus is a personal hero of Soh’s.

Take a look at what happens when the latter was interviewed by TODAY Sports.

Initially maintaining his composure, the 26-year-old broke down when asked about beating his “good friend and idol” for the gold.

Referring to him as an inspiration, he was unable to answer the question, due to overwhelming emotions.

Explaining the emotional interview after in a Facebook post, Soh stated that he felt as if he won the race “at the expense of crushing a good friend’s dream”. 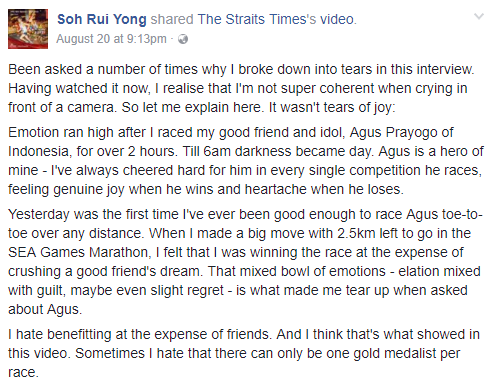 He described winning the race as the following:

That mixed bowl of emotions – elation mixed with guilt, maybe even slight regret – is what made me tear up when asked about Agus. 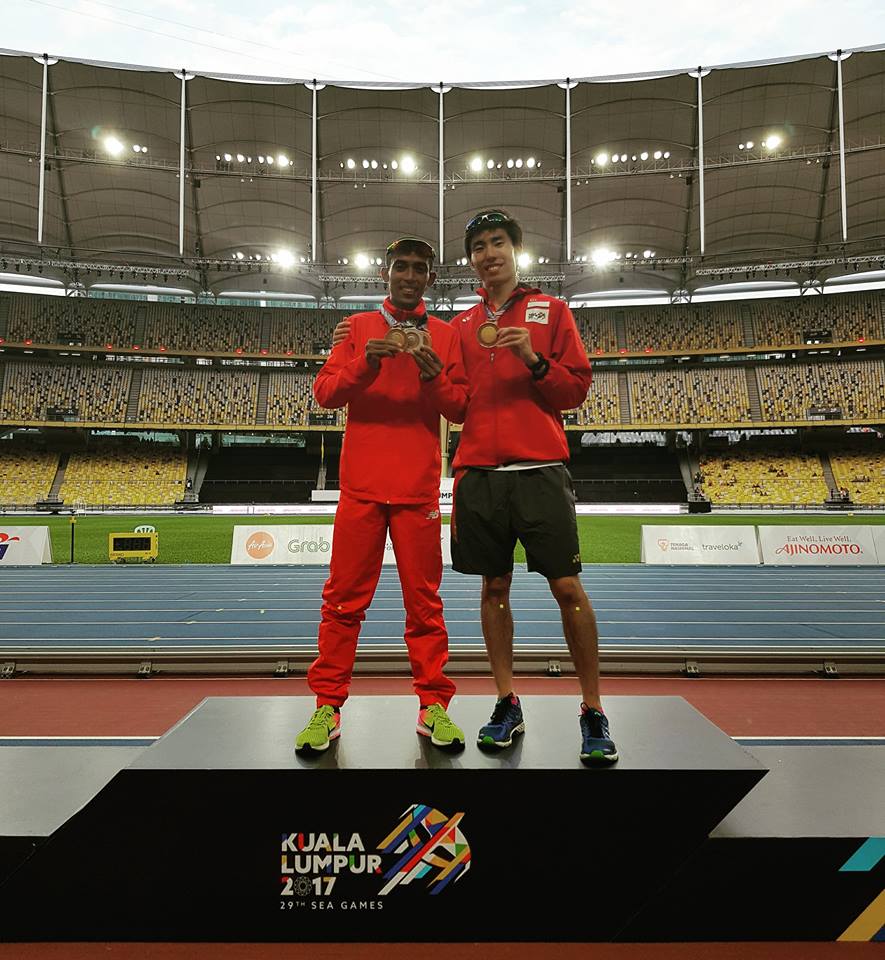 To witness such a level of respect and friendship between 2 national-level competitors is absolutely incredible.

Proud to have Soh representing Singapore

We here at MustShareNews would like to congratulate Soh not only for his successful gold medal defense but commend him for his extraordinary character as well.

Perhaps we could learn a thing or two from him. 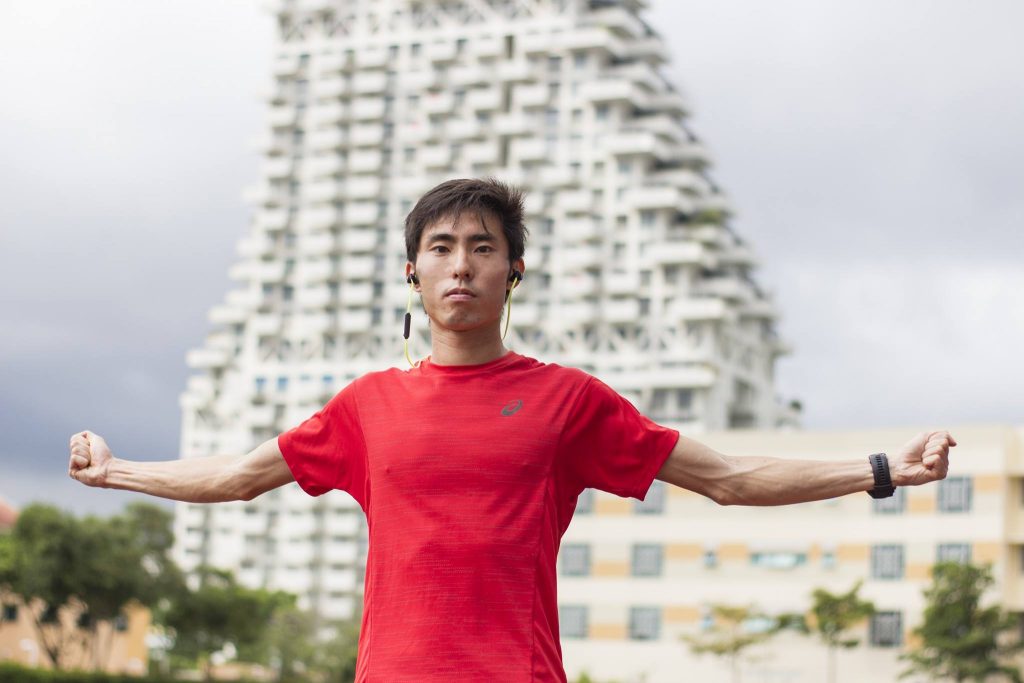 If the 2017 SEA Games have showed us anything, it’s that Soh is the realest guy in the room.

And you can’t teach that.