Must Share News – Independent News For Singaporeans
Home Inspiration Swedish Man Says Living In Singapore Is Better Than Sweden & He... 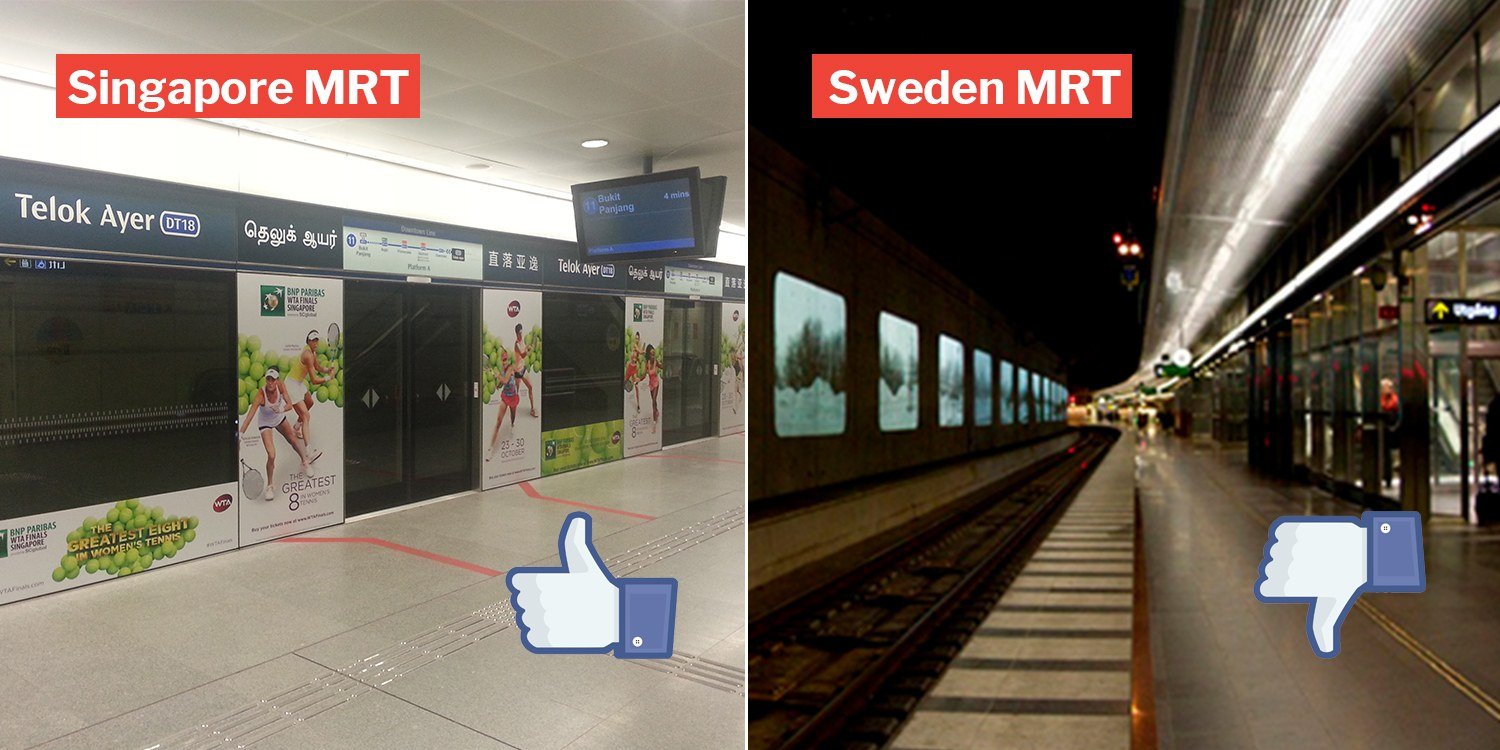 Some people might think that living in a country like Sweden beats living in Singapore, but we found a Swedish guy who begs to differ.

He thinks Singapore beats Sweden anytime, so much so that he even produced a two-part video to tell us why.

In the video, a guy who is known as “Stefan” highlights the differences between life in Sweden and Singapore, and the things he reveals about his home country might surprise you.

The stark contrast in issues like housing, transport and general behaviour of people in both nations actually makes sense, and makes us grateful for living in Singapore.

Take a look at the videos here:

Meatballs, delicious meatballs. That’s all many Singaporeans can think about when they think of Sweden — that and furniture in flat-packed boxes that you have to assemble on your own.

Sweden’s not just about Ikea. The European Union member is made up of thousands of coastal islands, boreal forests and snowcapped mountains. Besides Ikea, H&M, Skype and Spotify also originated from there.

This is the country where Stefan was born and raised. But he has been working in Singapore since moving here 3 years ago.

Here’s some of the things that he says:

Most locals in Singapore live in the ubiquitous Housing Board flats — public housing that is government-subsidised. Thus we have a high rate of home ownership for residents, according to SingStat.

Foreigners have the option of renting HDB flats, but the government sets a limit on the number of foreigners living in each estate. Besides public housing, foreigners have plenty of options — condominiums, for example are readily available.

That’s an understatement, actually — it seems that every piece of land is Singapore that isn’t taken up by an HDB block, mall or office building is or will be taken up by a condo.

Though housing may not be cheap in Singapore, they are at least readily available, and foreigners with an expense account shouldn’t have problem finding accommodation.

Behind the picturesque waterfront houses that pop up on Google Images lies a severe housing problem. 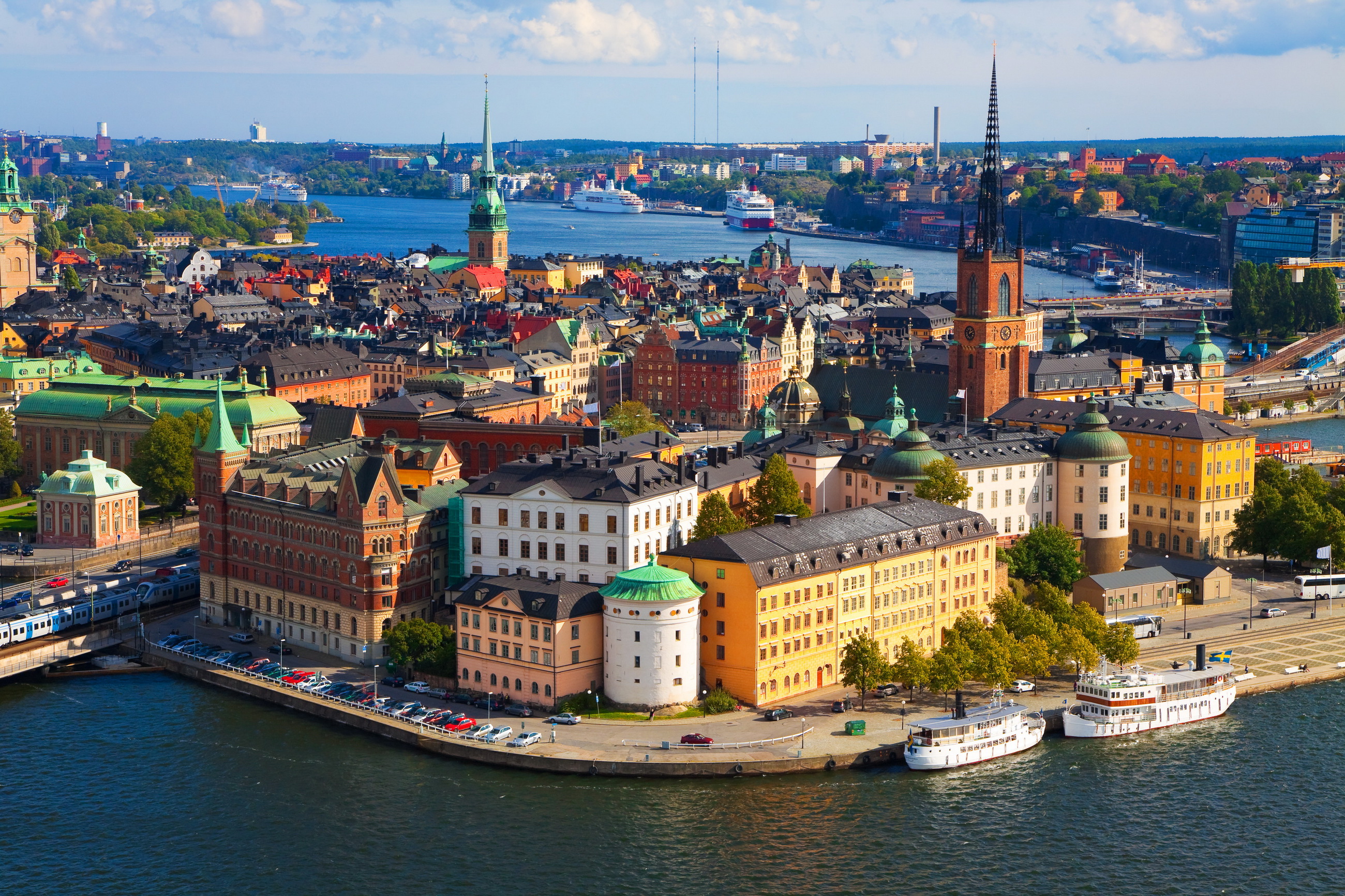 Rent is controlled in Sweden. Price ceilings are set to prevent rent from adjusting to supply and demand.

But this inevitably leads to a permanent shortage of units to rent and people are left with no choice but to take whatever they can get.

On top of that, the average waiting time for units to rent in Stockholm, the capital of Sweden, is 10 years.

The situation in other cities aren’t great either, judging from the chart below: 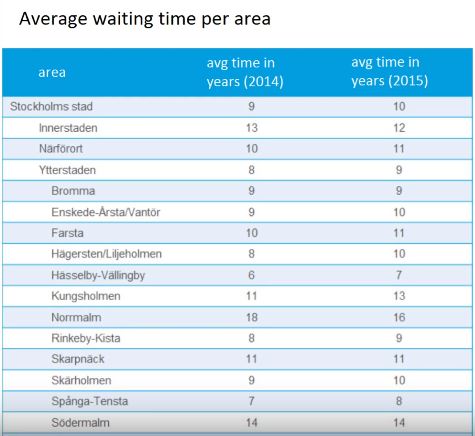 It’s like your kid can complete primary and secondary school, and perhaps junior college, in the time you’re waiting for a place to live in.

Stefan says that what’s available is usually short-term leases, and unless you’re a politician, you don’t get the luxury of choosing where to live, unless if you’re willing and able to get a mortgage.

We can hear the sighs of disapproval already — but despite the countless train disruptions, Stefan actually says our public transport system isn’t that bad after all.

The plus point of our MRT — people in Singapore don’t try to get a free ride by tailgating you while you walk through the gantry.

Thanks to sensors at the gantries that will crrrrush you like a cockroach if you try to squeeze through behind someone. 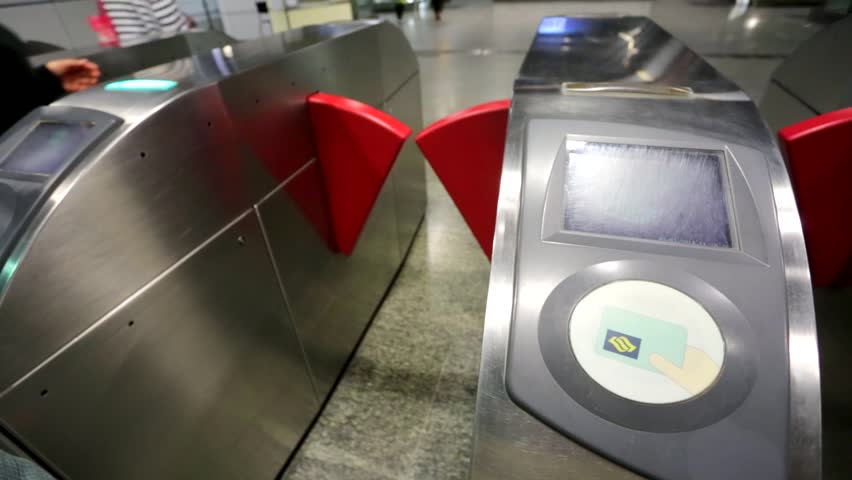 However, Stefan does have a complaint about our taxis: He says they are readily available in the morning, but it gets increasingly difficult to get one at dinner time.

“One driver after another passes by without picking up a customer because the law doesn’t allow them sufficient incentive to bother,” he said.

On the bright side, he can rely on private-hire services like Uber and Grab.

The Swede recalls someone breathing down his neck while he was walking through the subway gantry in Sweden — yup, someone was trying to get a free ride by walking up extremely closely behind him to beat the gantry.

Talk about an invasion of personal space.Unlike in Singapore, there are no platform screen doors in subway stations — meaning you have to be on your guard as you can get pushed onto the tracks.

Take this recent case in Stockholm: 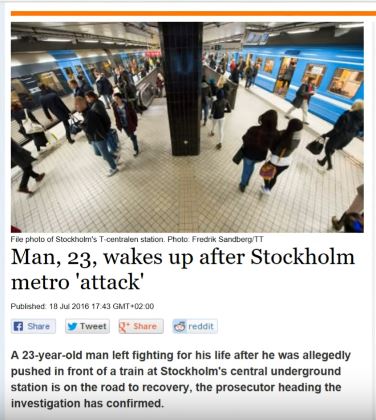 As for taxis, their fares aren’t regulated in Sweden, so their prices can be so high due to high taxes on labour and fuel that people simply cannot afford them.

How about the trusty private-hire services? Well, the government seems unfriendly towards them.

UberPop has already been suspended in Sweden, and a report on Channel NewsAsia in December said that a government-appointed commission wants ride-sharing services to be illegal.

One wonders how they expect people in Sweden to get around affordably like that.

We always like to lament that Singapore is a “fine” city. Well, those fines are for a reason.

The average Singaporean is well-behaved in public; there is a general expectation of order, and such behaviour is drilled into our heads from day one — perhaps we are just really afraid of the fines, the authorities, and disgracing our families.

You wouldn’t catch youths with cans of spray paint, drawing graffiti on the walls; neither would you see something as simple as a construction cone being tipped over by someone just for the fun of it.

The worst that can happen is the presence of noisy groups of young people in public eliciting irritated glances from people.

Some restaurants even leave their furniture out in the open after closing time and find them untouched the next day. 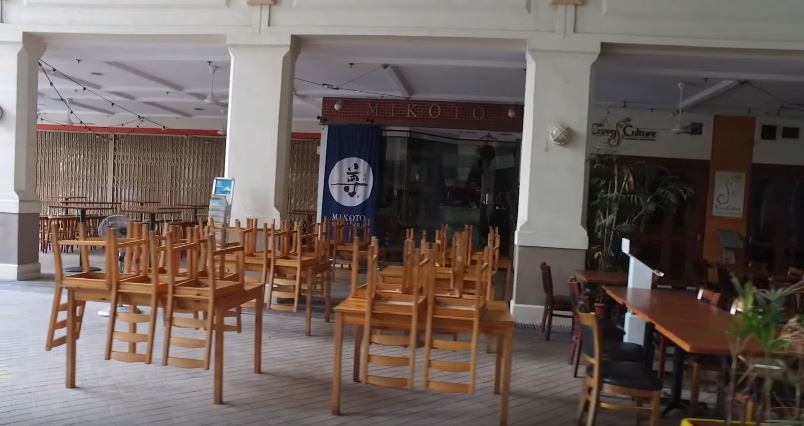 Stefan describes a completely different scenario in Sweden. There is graffiti everywhere, even on the walls of residences. 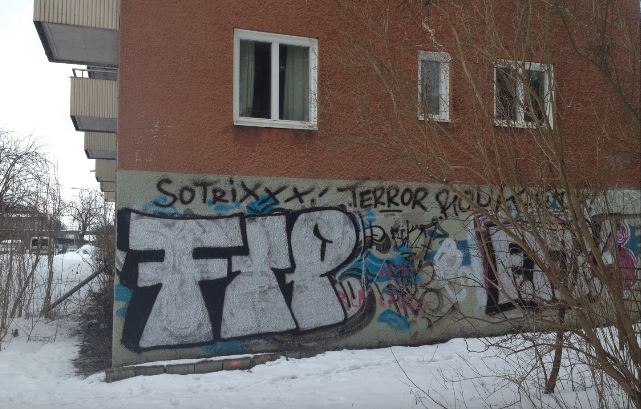 He then points to a choice spot for graffiti in Singapore that has been left untouched: 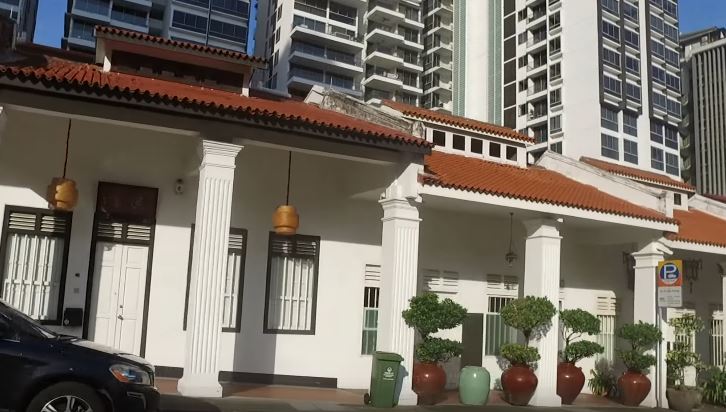 He elaborates that the fine specimen of a clean wall in Singapore as pictured above, “wouldn’t last a week in Stockholm”.

Take this wall for instance, it would make an excellent canvas for a teen with a spray can. But it’s never had to be cleaned or repainted. Here…even the tunnels lack graffiti.

In his video, Stefan also complies a bunch of photos of construction cones he’s seen in various parts of Singapore. 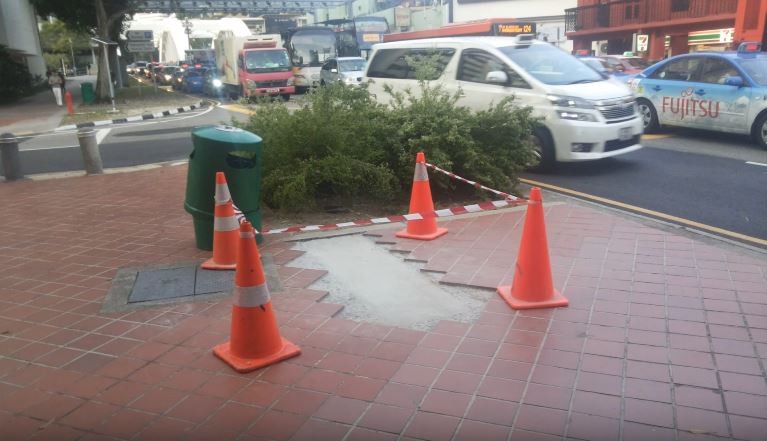 The Swede adds that construction cones are counter-productive in Sweden. Instead of taking the cones as a warning, Swedes take it as an opportunity to show contempt for society at large — by disregarding them or even tipping them over.

As a result, all construction sites, regardless how small, have to be cordoned off completely with barriers to prevent entry. In Sweden, even items that might be seen as having little value have to be chained to something fixed, to prevent them from being taken. Worse, still car fires are reported every night in the city of Malmö — less than 300,000 people reside there.

All cities have neighbourhoods that the police will only enter in groups of multiple vehicles, for fear that they will be outnumbered. If a patrol car is left unguarded on the street, it will be destroyed. A look at recent headlines in Sweden summarises the situation: Even ambulances don’t enter some areas without police escorts. Take this news story about an ambulance refusing to pick a man up without a police escort: As Singaporeans, we can sometimes forget how lucky we are.

Hawker food is affordable, and yes, water prices might have risen, but we’ve got the luxury of actually having drinking water flow from our taps. Our public transport may have problems, but at least it works most of the time, and it doesn’t kill you.

We also have more than decent shelter over our heads and we get medical attention when required — what other basic necessities can one ask for? Well, how about certain things like freedom of speech?

Think about another type of freedom — we can walk around all over Singapore at any time of day and night and reasonably expect to be safe.

That may be the greatest freedom anyone can have.Singapore might not be perfect — no country is — but looking at the bigger picture, we can’t help but feel thankful.

Featured images from WikiMedia and CCCB via More Than Green. 5 S’poreans On Diamond Princess Cruise Ship Allowed To Disembarked, Will Likely Remain In Japan For Next 14 Days