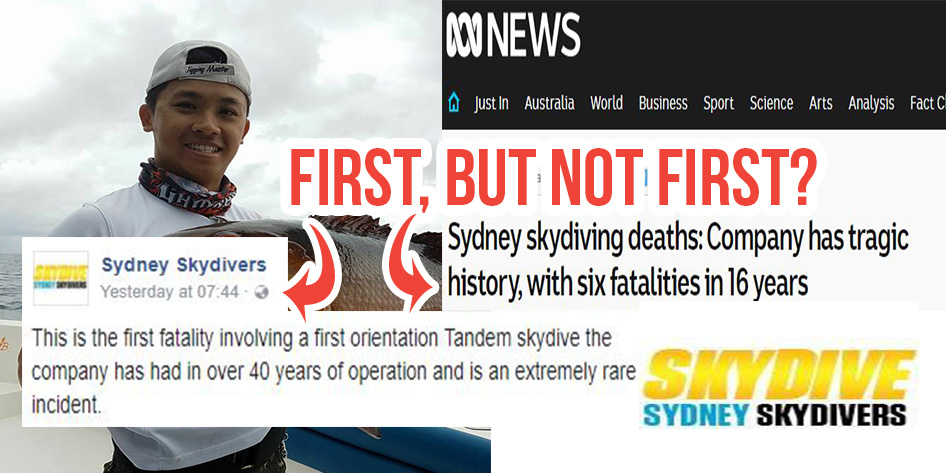 Despite his fear of heights, it was difficult for Mr Mario Low Ke Wei, described as an adventure enthusiast, to pass up on the opportunity to skydive when he moved to Sydney last month.

With a lack of experience, Mr Low’s only option was to tandem skydive with a senior instructor at Sydney Skydivers — however, did he know that the company had previously overseen 4 deaths on its skydives? And would he have thought twice about doing a skydive with them if he did know? 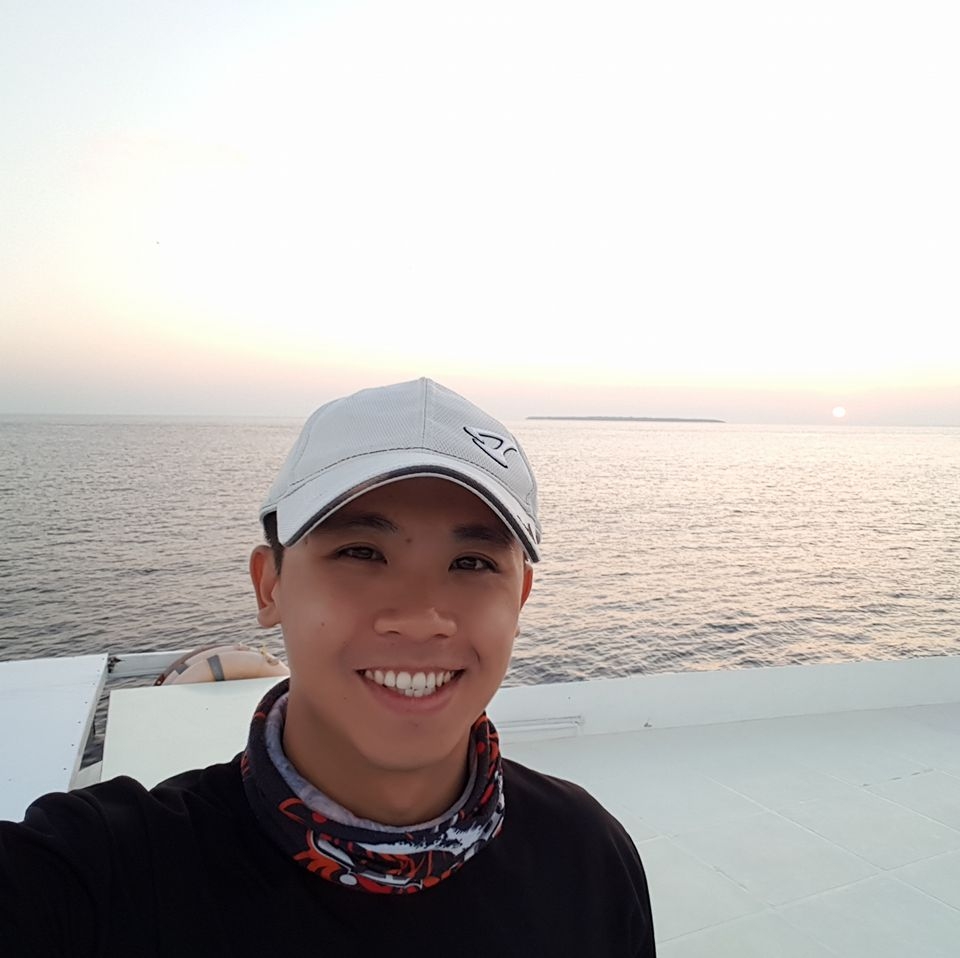 Mr Low was paired with 60-year-old instructor Adrian Lloyd, who was reported by The Daily Mail Australia to be a veteran with “nearly 10,000 jumps over 30 years of skydiving”. 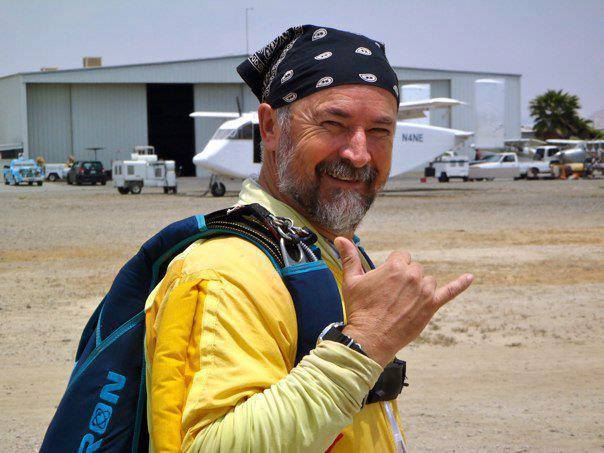 However, tragedy struck as Mr Low’s first skydive proved to be his and Mr Lloyd’s last — they plunged to their death 4,200m, ending up in the driveway of a house 1km away from where they were supposed to have landed.

Sydney Skydivers issued a statement over the incident in a post on its Facebook page last Saturday (July 15).

The company admitted that skydiving has its risks and “sometimes accidents do happen” and “this is the first fatality involving a first-orientation Tandem skydive the company has had in over 40 years of operation and is an extremely rare incident”.

In fact, the deaths of Mr Low and Mr Lloyd were the 5th and 6th fatalities of people involved in the company’s dives.

The first fatal accidents were reported in 2001, when 2 men were killed within 3 hours of each other, though their deaths are unrelated.

For the first man, 34-year-old Mr Brendan Cook, his primary parachute “became tangled and his second parachute failed to open”.

The second man, 24-year-old Jethro Thornton, was killed after his parachute similarly failed to deploy.

According to ABC News, the police were actually on the scene due to the first incident, when the second man plunged to his death right in front of them.

At the time, Sydney Skydiving Centre owner Phil Onis issued a similar statement that “there are dangers in anything adventurous like skydiving, rock climbing and absailing”, before declining to make any further comments on the incident.

The company’s most recent accidents before last Saturday occurred in 2012.

ABC reported that in July 2012, a 27-year-old man was killed during a skydive at a similar location.

It also reported that a man in his early 30s died on Dec 8, 2012 during a mid-air collision with another diver.

One of the men was “knocked out and lost control of his parachute”, and he landed outside of the designated skydiving area where he “hit a truck at high speed”.

The other man managed to recover and land safely.

In last Saturday’s incident, Mr Low’s group of skydivers were actually given a briefing by a guide on the day of the fateful accident.

And a video obtained by The Daily Mail from a fellow skydiver, the guide was seen making what in hindsight are comments that are in bad taste, joking:

you get your suit, your harness, and your instructor if you’re lucky. You might get a good one, you might not.

Here’s a video of the guide talking to the would-be skydivers before the accident:

Before the dive, fellow skydivers had no inkling of the tragedy that would unfurl. Colombian student Catalina Granados even posted a cheery photo of herself and fellow divers just before the jump. 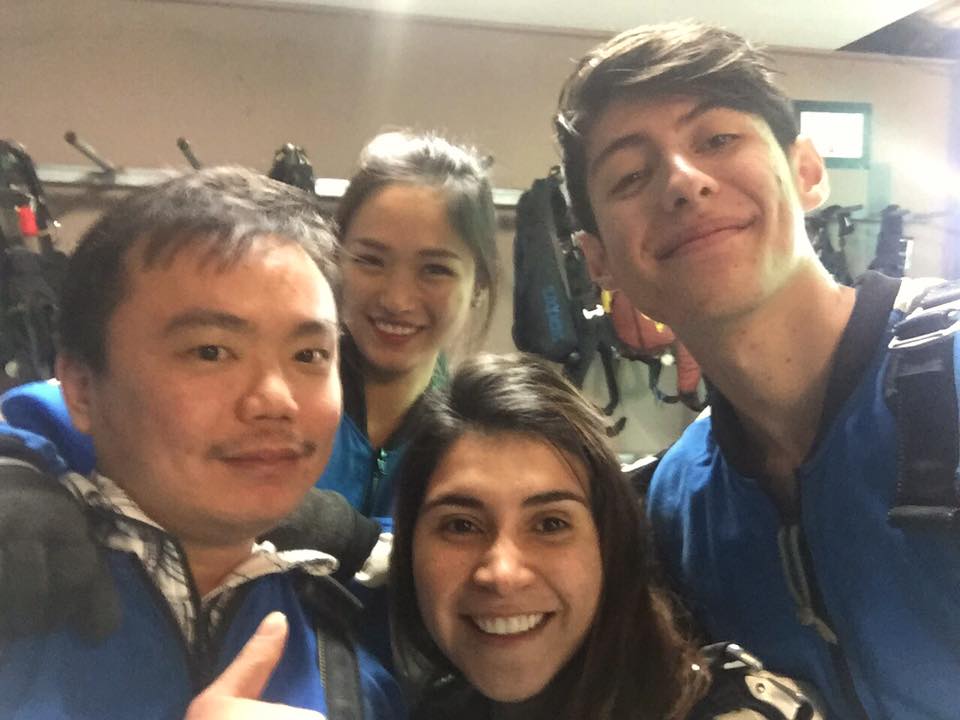 After she found out about the accident, she told The Daily Mail Australia that she was not told about it until she returned to Sydney.

In fact, she even said that Mr Low was on the same bus as her from Sydney, but she did not see him on the bus back to Sydney — and only knew the reason why later.

She was quoted as saying by Express Digest:

They didn’t tell us what happened until we got back to Sydney. We were waiting so long without knowing what happened. It was terrible.

It is not clear how the accident occurred, with the Australian police still investigating the cause of the accident.

In an interview with the Shin Min Daily published on Sunday (July 16), Mr Low’s father Low Ah Buay revealed that he was kept in the dark on his son’s plan to skydive, “otherwise I would have stopped him”.

Mr Low’s sister Angeline also lamented in an interview with Australia’s The Daily Telegraph that she “always thought tandem jump is safe”.

She also hoped that a speedy report would reveal the cause of the tragedy so that her family could have “closure”.

We think it’s sad that a fun-loving guy who loves to fish lost his life in what appears to be a freak accident. 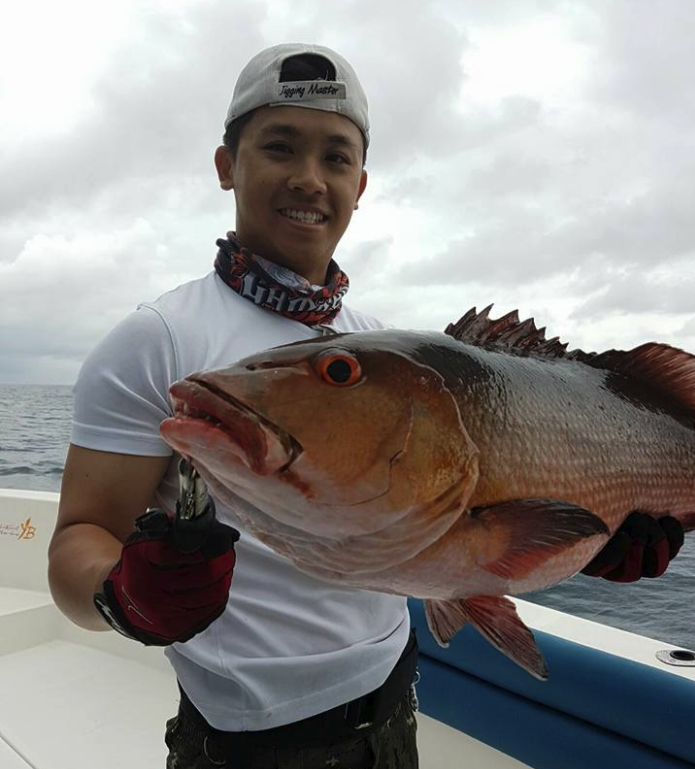 The MustShareNews team offers its deepest condolences to the Low family and hopes that the ongoing investigations will prove conclusive soon.