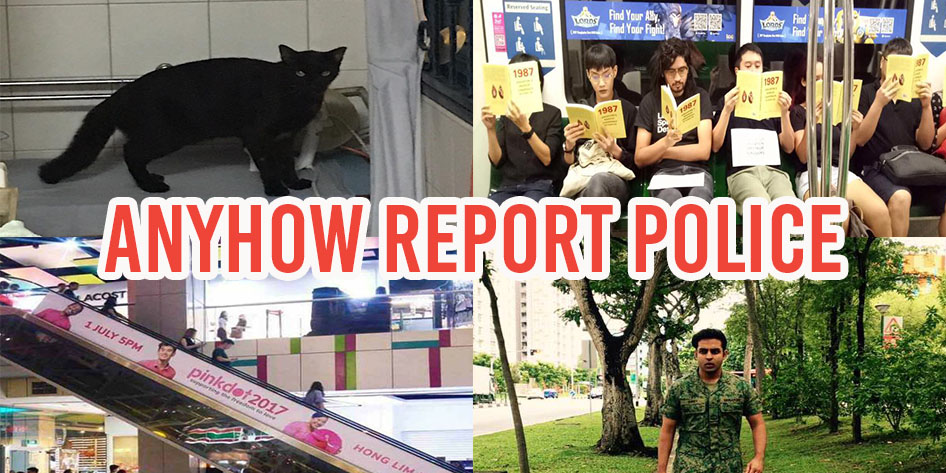 Perhaps Singapore is too safe. In other countries, the police are busy chasing after drug dealers and terrorists.

In Singapore, the police are busy chasing after cats and monitoring mall advertisements.

We’ve had many instances lately where our police officers have been called upon to handle cases that aren’t a matter of life and death, and some that aren’t even crimes to begin with.

While it is always good to be vigilant and to report anything that is amiss, surely there’s no need to get the police involved in everything.

Here are some cases in which reports were made that only served to waste the time of hardworking policemen:

Most people would call the call the police if a burglar entered their house. But how about a cat burglar?

No, not a particularly quiet or nimble burglar, but an actual cat. 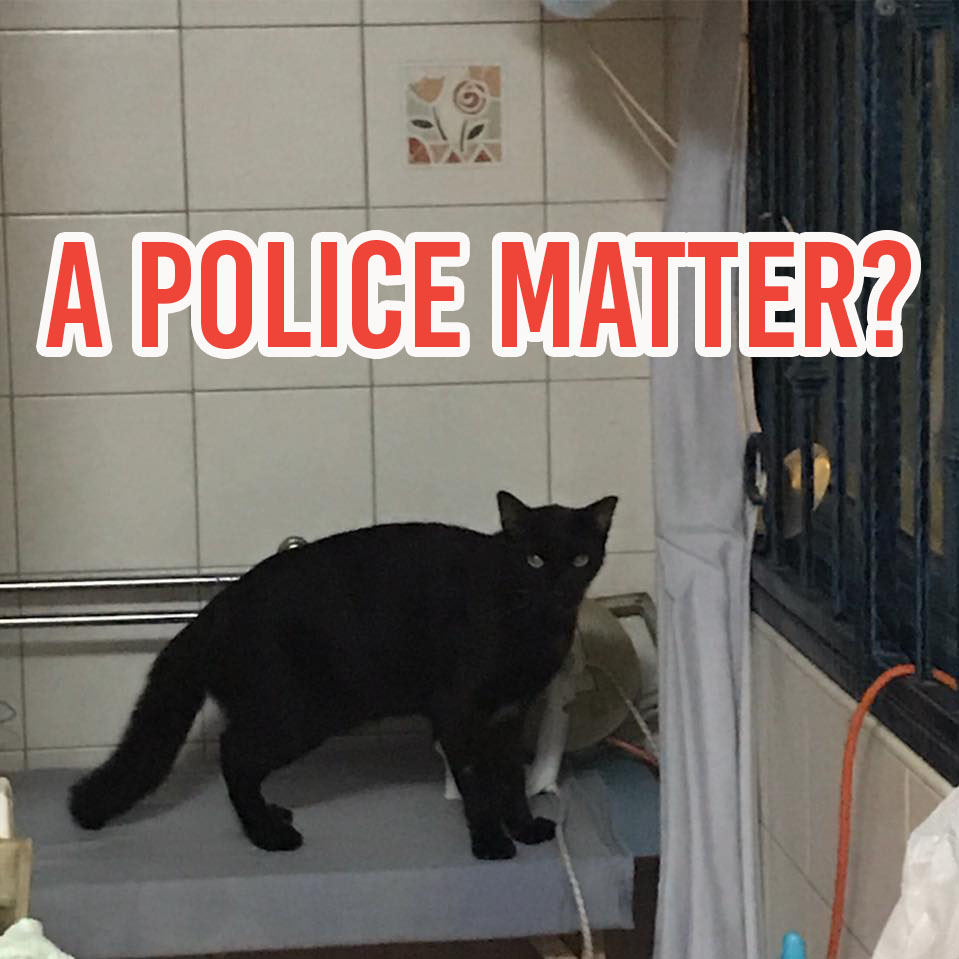 Just last week (May 31) netizen Harris Abu Bakar described in a post on his Facebook page how he found a black cat in his home and couldn’t get it to leave.

So of course, he unashamedly called the police and the Singapore Civil Defence Force, who actually sent not one but many officers to do the deed for him: 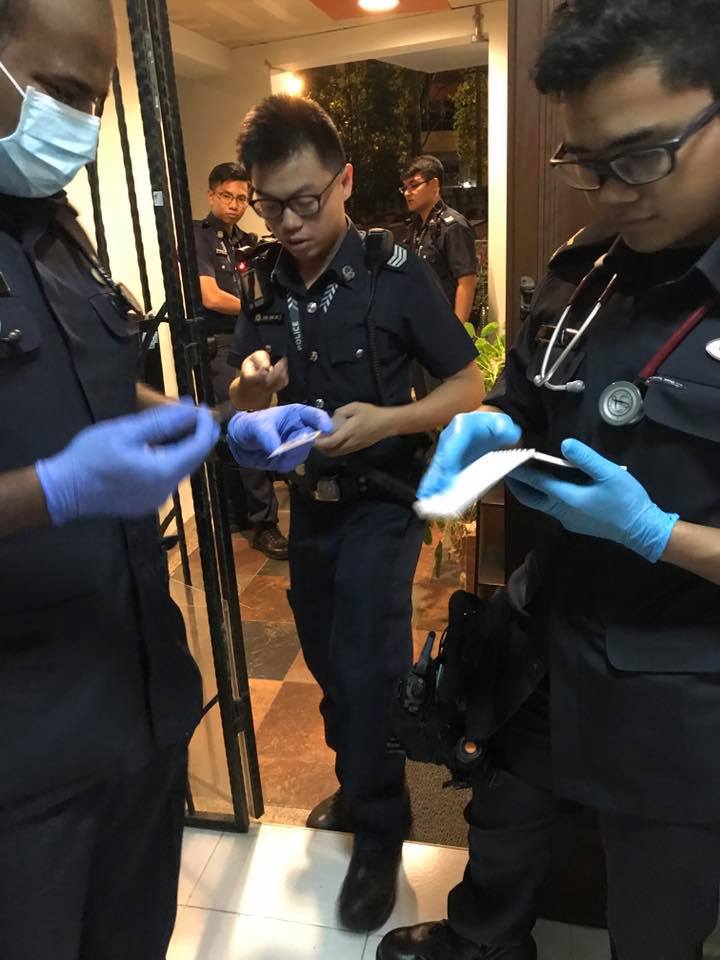 We wonder what the police did to the cat. Throw it in jail? Charge it with illegal entry? When will its court date be?

Oh wait, that’s for humans — which Mr Harris Abu Bakar seemed to have mistaken the cat for.

While the incident itself was quite amusing, some netizens felt pity for the poor officers who had to fork out the time to handle this silly matter.

In an attempt to create awareness over Operation Spectrum, the detentions of 22 people in 1987 under the Internal Security Act, some Singaporean activists held a silent “protest” on the MRT last Saturday (June 3). They held up copies of a recently released book, 1987: Singapore’s Marxist Conspiracy 30 Years On, which detailed the experiences of the ex-detainees about their arrest 20 years ago. 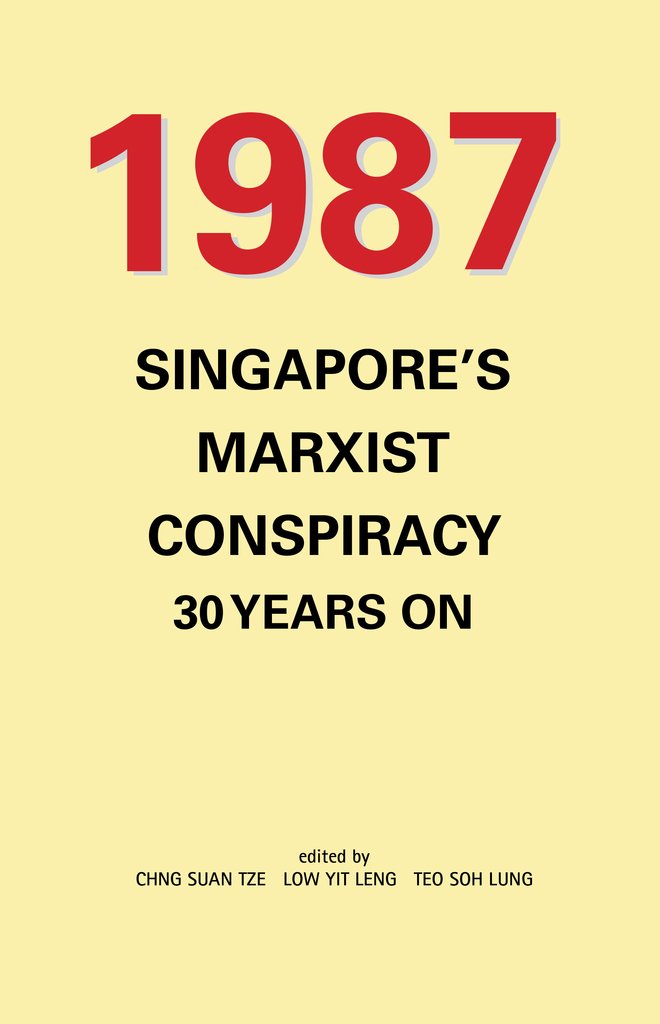 The covert operation is a controversial topic, which was also highlighted to the public via the screening of the documentary “1987: Untracing the Conspiracy” at The Projector.

And it seems that more younger people are starting to take notice of the case, judging from how they were daring enough to stage the protest in public, presumably without approval from the authorities. 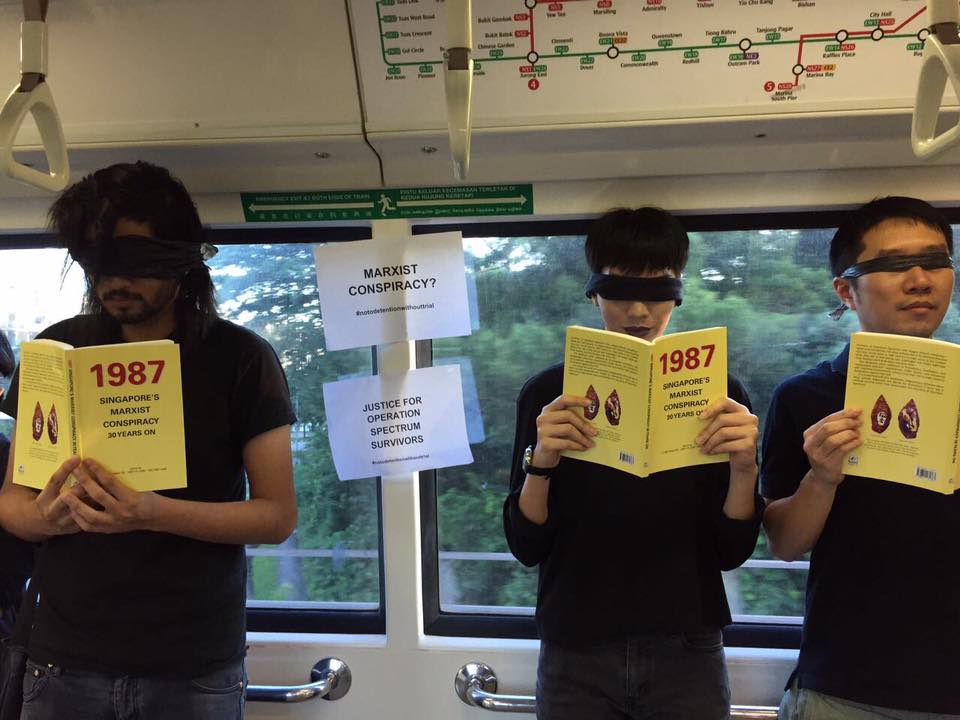 A police report was made and the police have started an investigation, according to Today.

While what they did was probably illegal, many felt like it was unnecessary to make a police report, as the activists didn’t pose any threat or cause any inconvenience to the public.

By now, we’re all sick and tired of the huge online debate that took place as a result of actor Shrey Barghava’s complaint that a casting director at an Ah Boys To Men audition asked him to play a stereotypical Indian. Read our story about an audition that went wrong for an Indian actor.

Singaporeans were clearly polarised over Shrey’s controversial post — some slammed him for making a big deal over nothing, others said what he experienced was unacceptable.

However, someone actually lodged a complaint against Shrey for his post.

Today reported that Shrey was actually called to the police station to be questioned over the report, only for the police to say that he had “done nothing wrong”.

Many netizens found this a huge waste of the police’s time:

After all, Shrey didn’t make any derogatory comments against any race or religion, neither did he threaten anybody. He was just describing his experience at an audiont and how it made him feel.

Should reading something you don’t like over the Internet enough to make you lodge a police report?

Should the police even have taken the trouble to call Shrey down to the station in the first place?

We think the fact that someone had made a police report over Shrey’s post in the first place is troubling.

From the same group where the expose on cakes that are promoting the gay agenda was posted, comes this police report against an advert that was plastered on an escalator in Orchard Cineleisure. 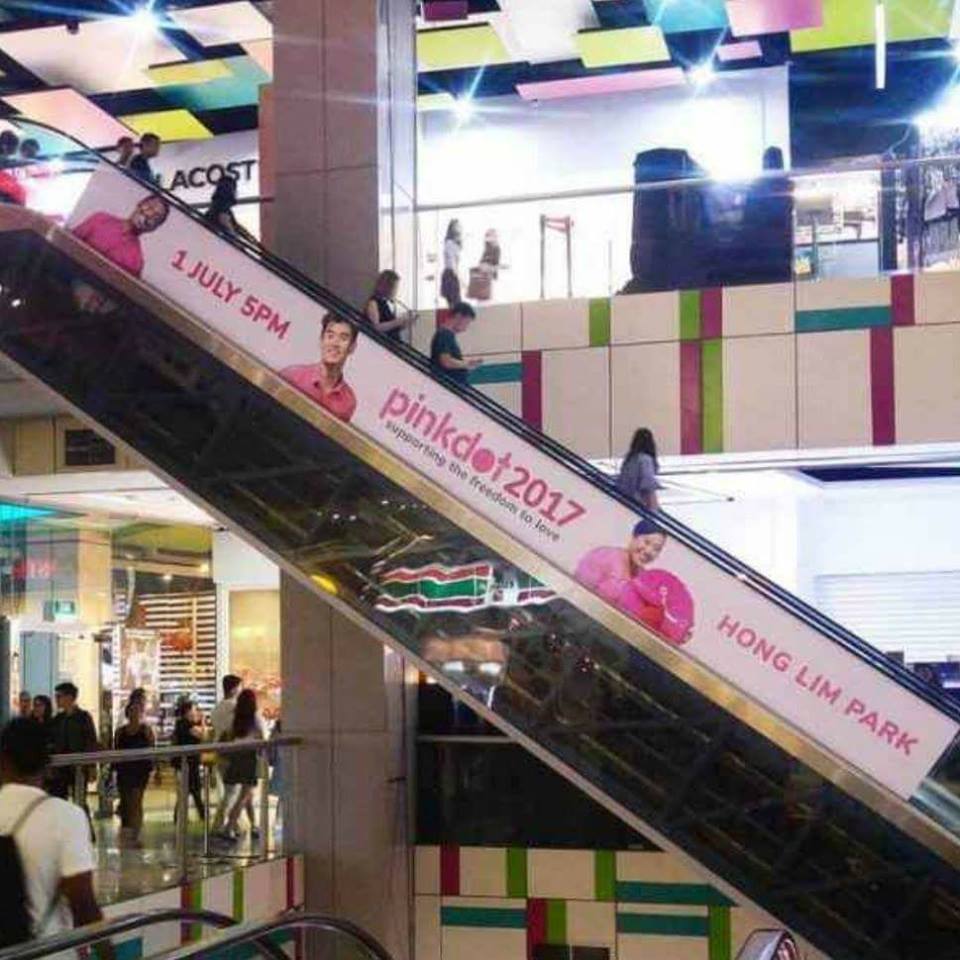 A netizen posted the photo on Facebook to the group We are against Pinkdot in Singapore, asking where it was located.

One poster obviously doesn’t get out much, guessing that it was at Funan Centre, which was demolished last year amid major redevelopment works.

When it was established that it was in Orchard Cineleisure, one then said they are targeting the youth. As if a straight youngster can turn gay just by seeing an advertisement. Is heterosexuality that flimsy?

Another netizen suggested, of course, that a police report should be made.

Finally, one netizen did make a report — only to be told that advertising of this sort is allowed on private premises.

Of course, the group members won’t be heading to Orchard Cineleisure from now onwards. However, judging from the fact that they took some time even to identify the location of the advert, it’s probably safe to say that they don’t really get out much:

A netizens who clearly mistook the Singapore Police Force’s Facebook account for the Land Transport Authority’s information hotline asked whether a taxi had broken the law or not. Firstly, the taxi seemed to be doing no harm nor holding up traffic on an empty street, so why the big fuss?

And the taxi wasn’t even illegally parked, but like picking up/letting people down, as another netizen pointed out.

Should we take it upon ourselves to play policeman and hunt perpetrators of “crimes” that are hurting noone?

6. Mistaken For A Woman

And then there was the netizen who was mistaken for a female by a surveyor over the phone.

We have no idea why this was construed to be criminal, but he seemed to think so and appealed to the police via Facebook.

Apparently having your delicate male ego hurt is a matter for the police too?

Amid the rising threat of terrorism globally, Singapore may still be safe for now but our terror threat is also getting higher.

Law and Home Affairs Minister K. Shanmugam has asked us to be more resilient and to report anything amiss, we don’t think he meant making a police report just because you’re offended or don’t agree with something, or reporting trivial matters that are not even crimes.

Because should truly be criminal in Singapore is to waste police resources on insignificant slights.