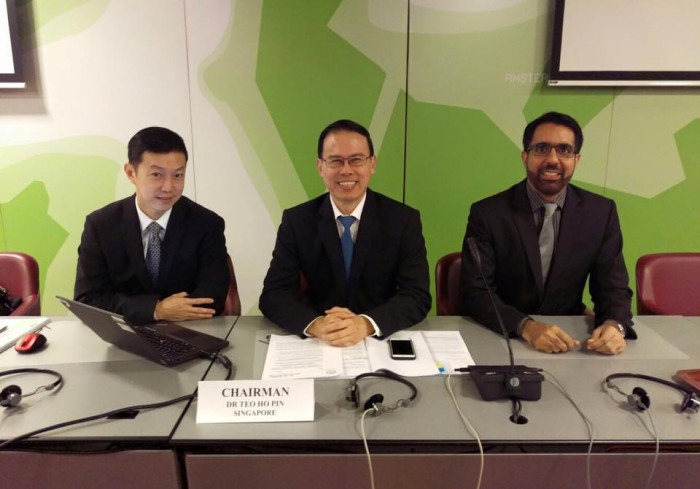 Singapore’s politicians found solidarity on the world stage despite their domestic differences as they attended the 133rd Inter-Parliamentary Union Assembly at the International Conference Centre in Geneva.

The Assembly meets twice a year with the mission of promoting democracy and inter-parliamentary dialogue. The main issue that was discussed in the conference was migration. With Europe experiencing a high number of migrants and asylum-seekers this year, the topic of migration has become an area of great concern and one that needs urgent addressing.

MPs at the conference were understood to have identified parliamentary action on the moral and economic imperative for fairer, smarter and more humane migration. The MPs were also known to have a discussion on how to enhance the many benefits of migration for both the countries of origin and destination as well as migrants and their families will be a particular focus.

The outlining of parliamentary action to ensure protection of large flows of asylum-seekers and refugees was also covered in the assembly.

In a recent ASEAN+3 meeting, Malaysia representatives opened up on how they planned to allow up to 3000 refugees from Syria, and their earlier experience of opening Malaysia up to some Bosnian refugees in the 1990’s.

With the issue of immigration in Singapore coming under close scrutiny from Singaporeans, these types of conferences and meetings are beneficial for our MPs as such sessions  might  be of huge help to them when they face backlash from the public about the influx of immigrants or when they are rethinking about the nation’s immigration policy.

Pritam Singh may be from the opposition party, but the fact that he was chosen to represent Singapore in such a significant event deserves commendation.

This whole episode goes to show that Singapore’s politicians can work together for the betterment of Singapore despite the differences they may have. Such unity will surely come in useful when the Parliament convenes again.

With reference from Inter-Parliamentary Union
Featured image via Facebook