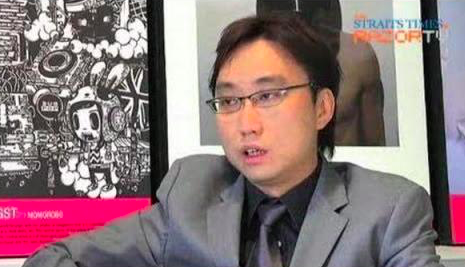 A screenshot of a Facebook comment by a Filipino has recently made its rounds online. In the comment, Edz Ello insulted Singaporeans, calling them losers. It was later found that Edz Ello is a radiographer at Tan Tock Seng Hospital (TTSH). TTSH has since came forward and explained that Edz Ello’s Facebook account was hacked, much to the disbelief of netizens.

Former NMP Calvin Cheng has his own take on this matter: “only losers get offended when people call them losers.”

He went on, asking “Are we such a petty, insecure people that we have to demand blood whenever someone decides to insult us on the internet?!!” Did Calvin Cheng inadvertently insult PM Lee in his Facebook post too (He did sue Roy Ngerng, you know)? Calvin Cheng also went on to slap himself in the face: And on to insult a netizen’s parents:

Some think that Calvin Cheng is just a hypocrite:

This guy even dug into Calvin Cheng’s history:

Some tried to help him come up with an excuse (not very innovative though! Edz Ello just used this!):

Conclusion (according to Calvin Cheng)

Everyone else is stupid and insecure. Period.

Although posting such tactless insults online does not constitute crime, it threatens the peace and stability in Singapore, especially with the influx of Filipino migrants in our community. While one does not expect foreigners to instill a sense of belonging and patriotism, it is imperative that they treat our people with basic respect, especially since we would all be working and living together.