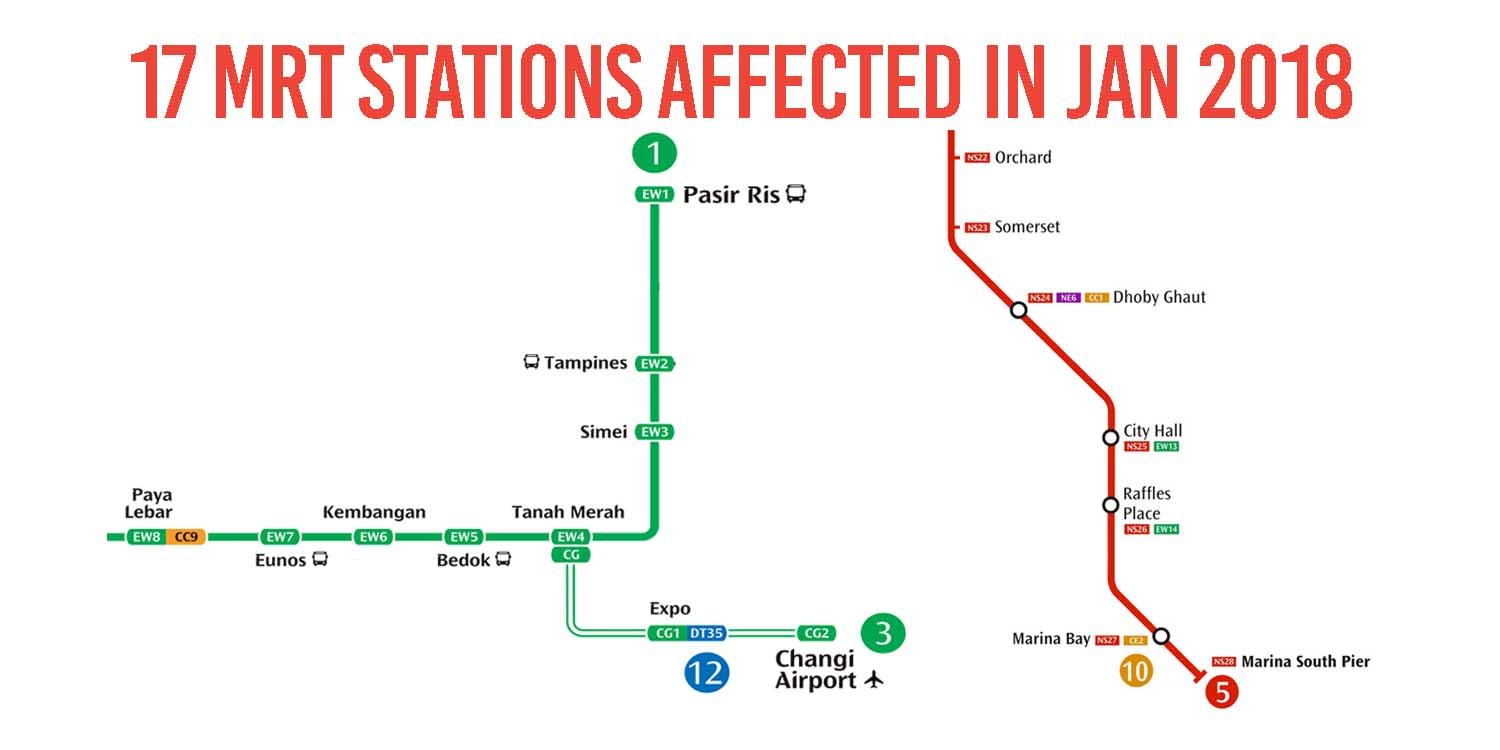 To usher in the new year, SMRT is bringing us another round of full-day closures and longer service intervals on the East-West Line (EWL) and North-South Line (NSL) in January 2018.

Wait, wasn’t the first round of MRT station closures enough? Apparently not.

As announced by SMRT on Friday (15 Dec), the January closures are intended to facilitate track maintenance and renewal works, again.

Only, the entire month of January will be impacted this time. Here’s a summary of the stations affected. 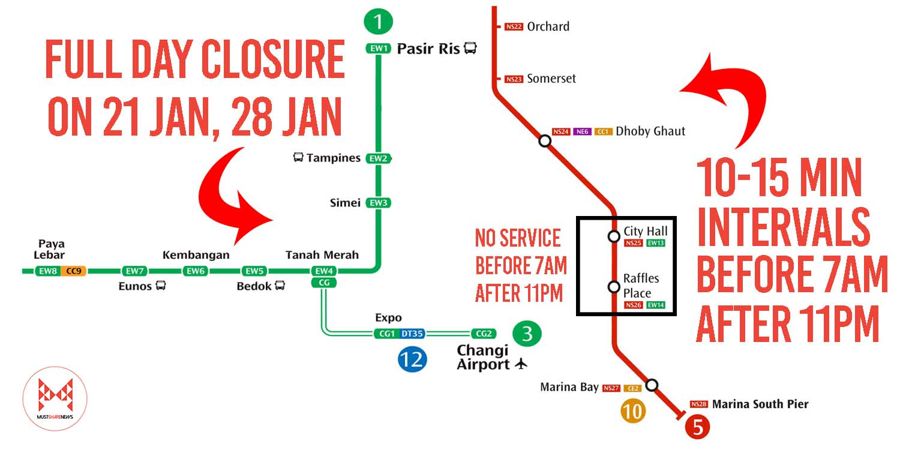 If that’s not enough to look forward to, here’s one more thing.

February’s train service changes will be announced in January next year.

We can’t say for certain if this is going to become a monthly affair.

But at this point, we’re just hoping for the best.

Expect two more Sundays’ worth of full-day closures for 10 stations along the EWL on 21 Jan and 28 Jan.

This includes MRT stations from Payar Lebar to Pasir Ris both bounds, and Expo to Changi Airport. 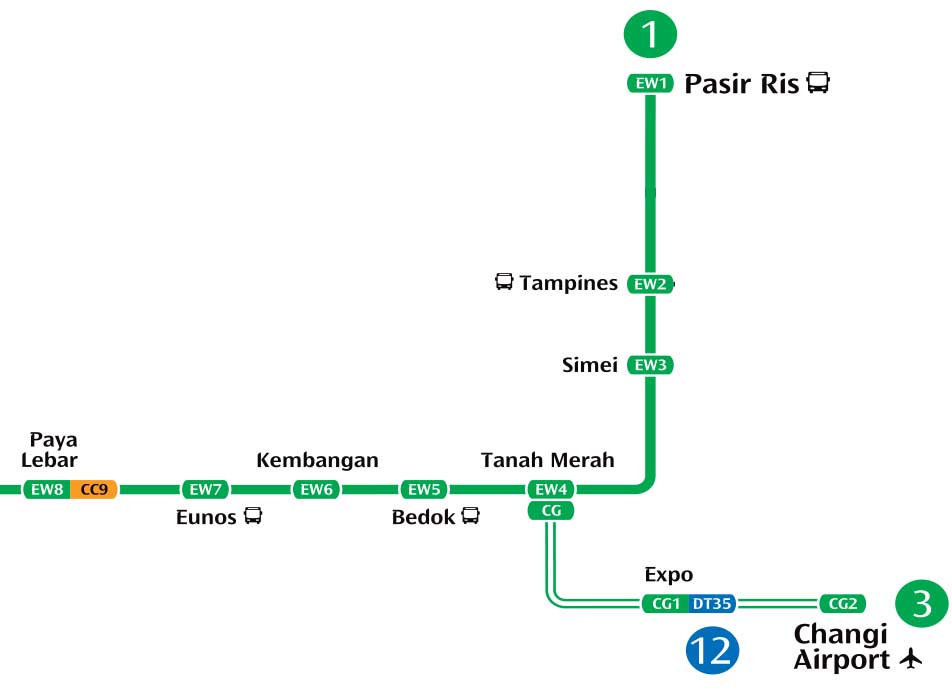 SMRT also raises the stakes with all weekends in the month of January being affected by early closures and late openings for these stations.

But fret not, shuttle bus services will be available between Aljunied and Pasir Ris, while Expo and Changi Airport will also be serviced at bus stops closest to the affected MRT stations.

For the NSL, trains will run at longer intervals of 10 to 15 minutes, before 7am and after 11pm on weekends between Orchard and Marina South Pier.

There will also be no trains servicing City Hall and Raffles Place during these times.

7 NSL stations affected after 11pm on Fridays and Saturdays, as well as before 7am on Saturdays and Sundays are: 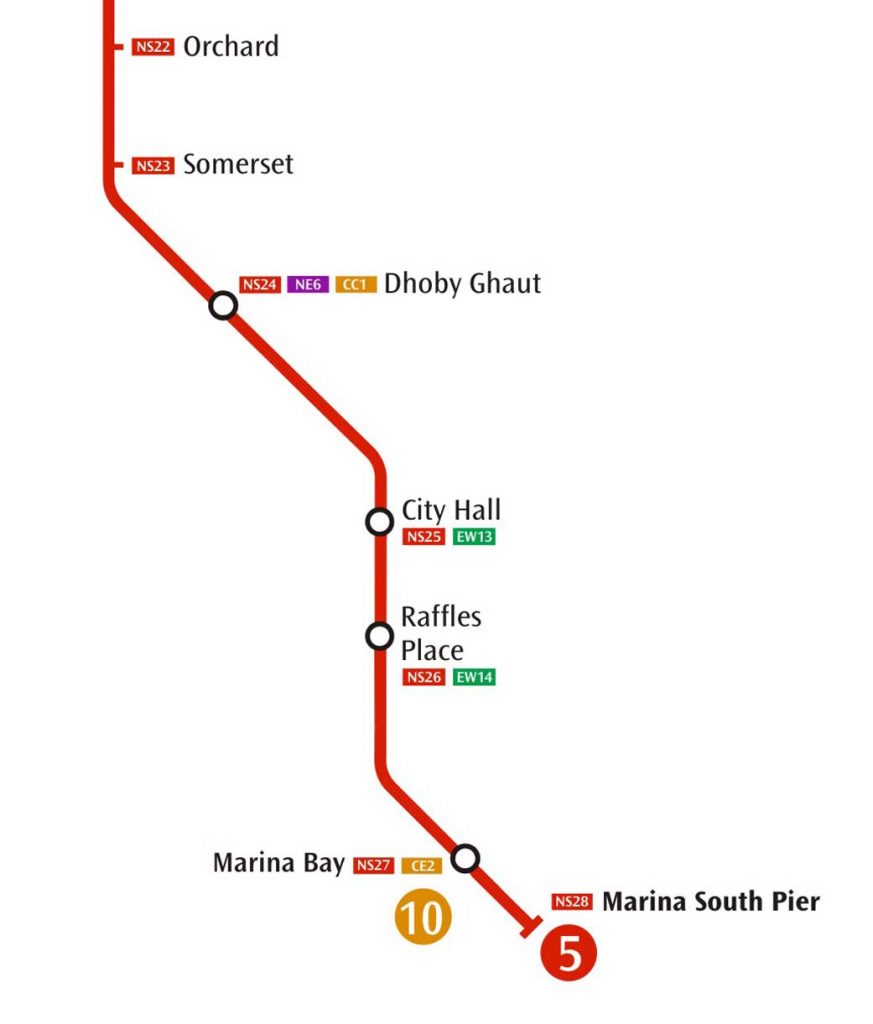 Guess it’s harder for commuters to blame SMRT for train delays when disclaimers have already been made about longer service intervals. 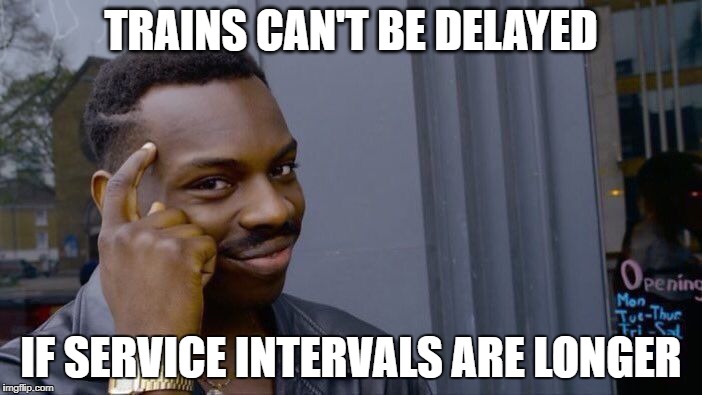 January’s slated closures and shorter service hours look set to allow SMRT’s engineers more time for checks on the new signalling system to be carried out.

SMRT also reasoned that the closures are necessary as trains between Orchard and Marina South Pier will only run along a single track at the affected timings, to facilitate maintenance works.

Does that mean that the MRT system will finally be fixed? Sadly, no.

Singaporeans should expect train services to be affected at least once more — in February next year.

SMRT clarified that information on the affected train service hours for February 2018, will be announced in January.

Just in time for Chinese New Year it seems.

Thanks for your patience

No effort has been spared by SMRT in ensuring that our trains are back up to speed.

But the inconvenience faced by commuters, may compound due to the frequency of these closures.

SMRT has advised that commuters should rely on enhanced night or regular bus services along the affected stretches instead.

Detailed plans for these alternative transport arrangements will be released to the public soon, according to SMRT.

Perhaps if we tahan a bit and take the scheduled shuttle buses, things may actually turn out well? 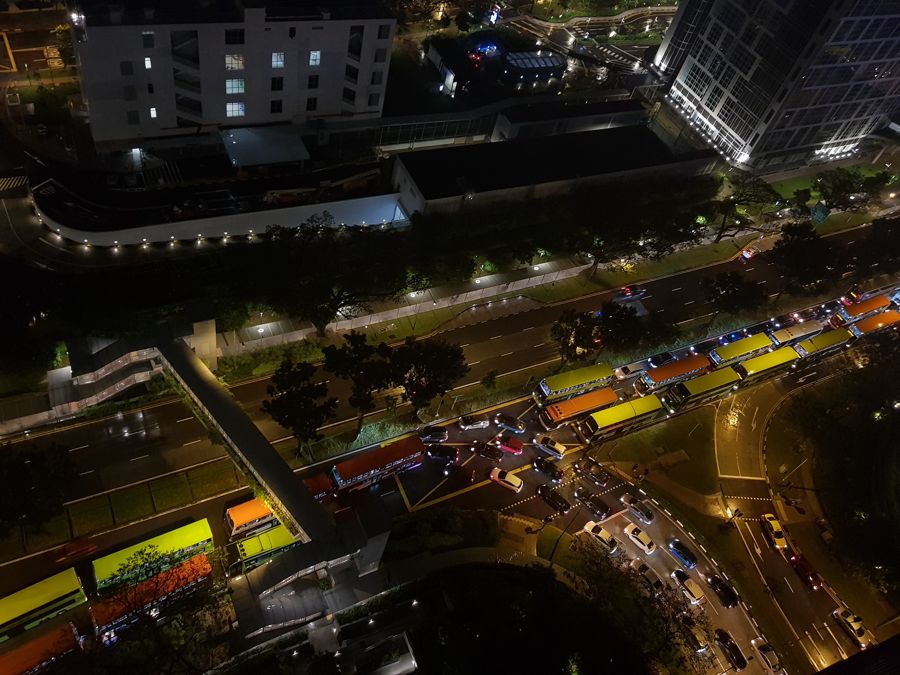 Perhaps not. Only time will tell.

Featured images from LTA and SMRT.