We’re all for acknowledging hard work and rewarding those who work tirelessly.

Case in point: The diligent employees over at the Circle Line (CCL) and Sengkang-Punggol LRT (SPLRT) recently hit milestones for being free of disruptions for 250 days and 150 days.

Their efforts were recognised by the Minister for Transport himself, Mr Khaw Boon Wan, who thanked them over nasi lemak and durians on Wednesday (Jul 19). 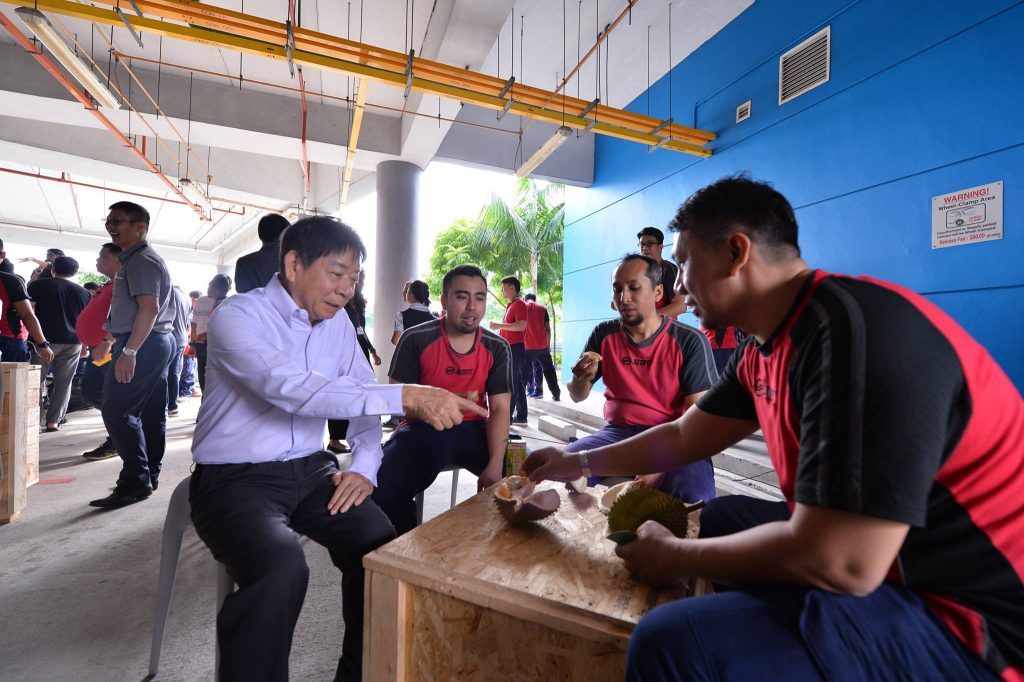 Those involved must be feeling extra satisfied about this feat as not only are their North-South Line/East-West Line counterparts grappling with delays, they were struggling merely 2 years ago to even cross the 100-day mark.

Mr Khaw even acknowledged the abovementioned delays on the older lines, but deftly side-stepped them, probably hoping that his post on Facebook would spread some positivity in light of current events. 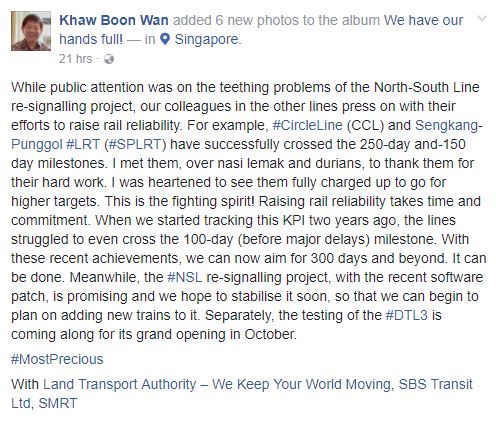 This celebration wasn’t out of the ordinary, as Mr Khaw had previously rewarded Downtown Line staff with durian for making it to 300 days without any disruptions. 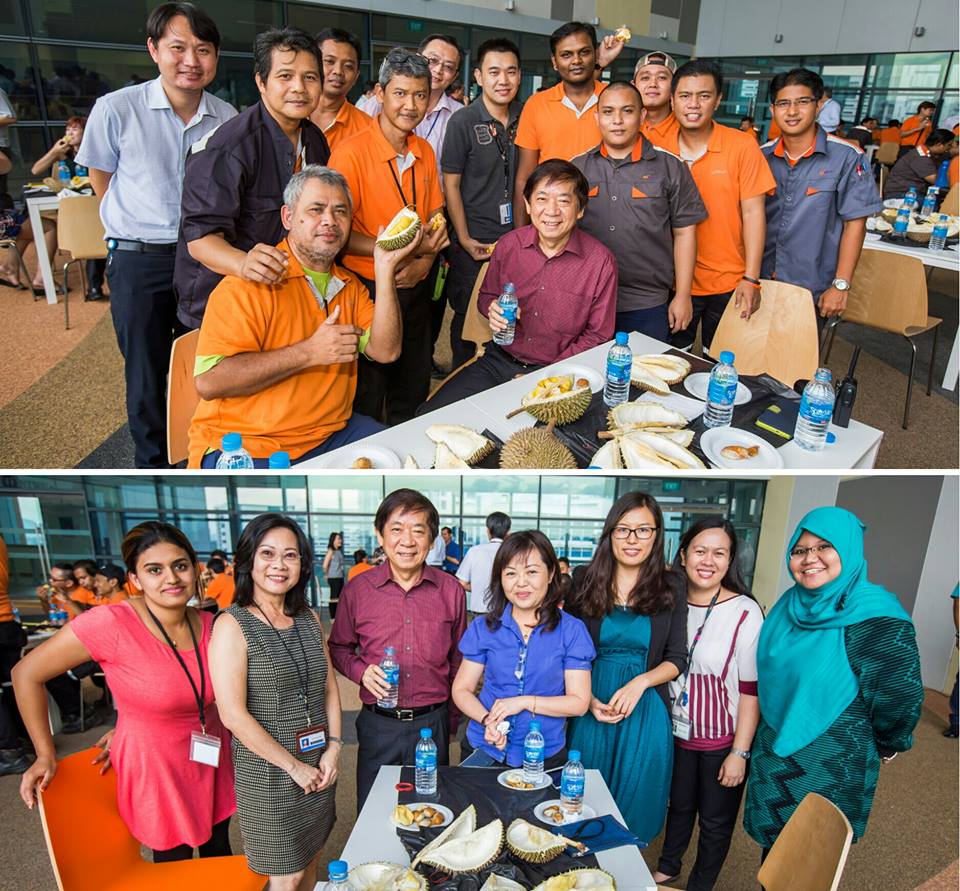 So raise your glasses, it’s time to celebrate! 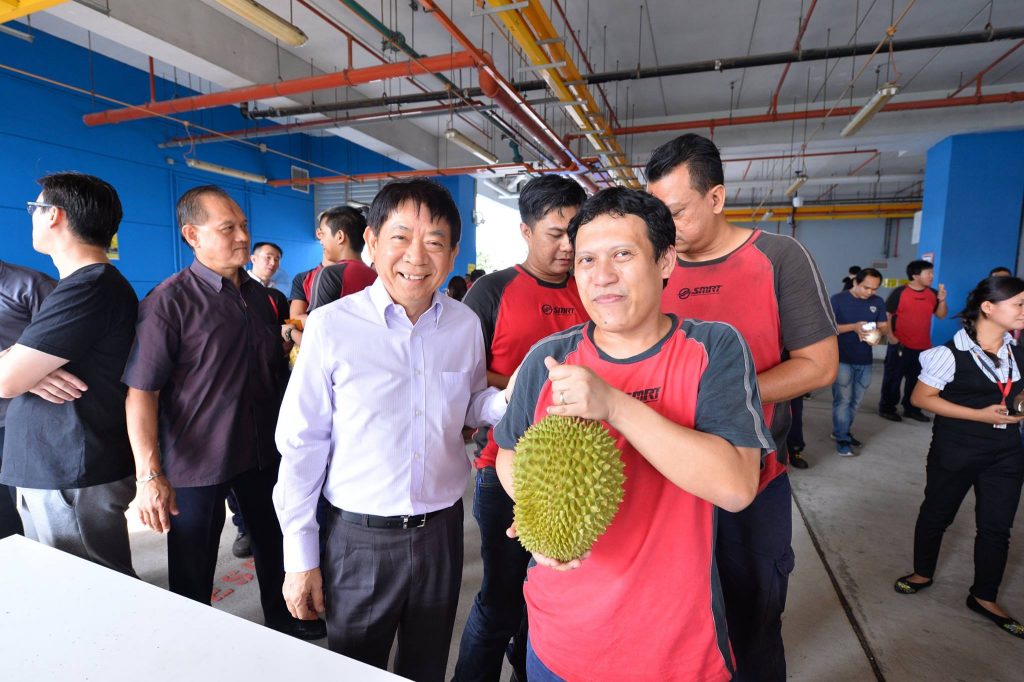 Then again, Mr Khaw does seem to have a reputation of saying positive things about our MRT, only for it to break down shortly after.

For example, in his Facebook post about the Downtown Line celebration, he said that having achieved 300 disruption-free days, the staff will now target 400 days.

No more 400-day durian treat for the Downtown Line staff, we guess.

Maybe this time will be different?

Oh wait… one day after Mr Khaw’s celebration with the SPLRT folks, the Bukit Panjang LRT decided to break down, seemingly in protest at being ignored.

The Curse Has Struck Again

Don’t take the CCL and SPLRT in the next few days.