Looks like Christmas is coming early this year. Our favourite train service provider SMRT has announced that it will be giving the best gift to commuters come December 2017, in the form of an updated app.

In a Facebook post on 28 Nov, the train service provider decided to finally be nice, by improving its mobile app SMRTConnect to update consumers on the time needed for rail engineers to fix and recover the MRT service. 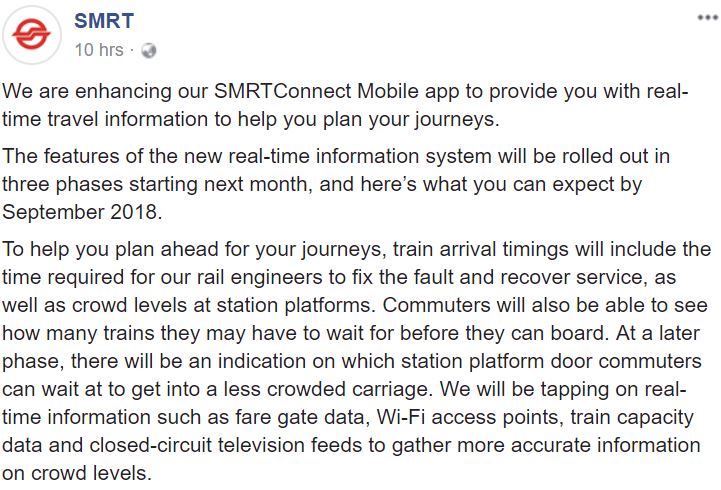 We’d just like to say its about time they did something to update customers on a regular basis.

Come I clap for you

While the app improvement promises to provide commuters with more timely updates about train arrivals, we can’t help but have reservations if this app improvement will be a success.

Part of the app’s upgrade includes the rollout of a “new real-time information system” which will show train arrival timings and account for the time required for rail engineers to fix faults and recover service. During such crowded periods, the app will also indicate how many trains commuters have to wait for before they can finally board one.

In addition, commuters will be able to check the crowd levels at station platforms. After all, we are pretty sure that none of us wants to soak in saunas like the one below when rushing to work. 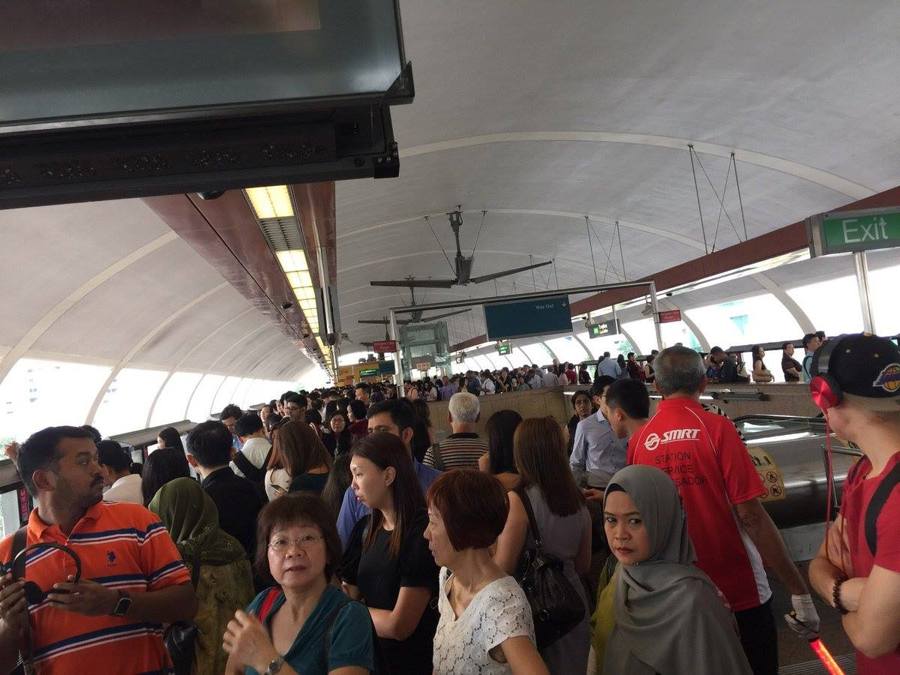 To help facilitate a smoother boarding process, the app will indicate which train carriages are less crowded. This will be implemented at a later stage and will allow commuters to avoid having a daily dose of armpit and body sweat.

Now, you might be wondering how SMRT plans to provide such real-time updates. Well, the train service provider will be looking to tap on “fare gate data, Wi-Fi access points, train capacity data and closed-circuit television feeds” to ensure that app users will be provider with the latest updates.

The new features will be released in three phases with the first installment being released next month in December.

Seems like commuters will be able to finally escape those pesky train breakdowns using the improved system right? We aren’t celebrating just yet.

But what about their existing app?

Before you rejoice at the fact the SMRT will finally be provide reliable updates when there are train disruptions, we would like to remind commuters that the train service provider has existing platforms which are used to provide ‘reliable’ updates to commuters: the existing SMRTConnect app and Twitter.

We decided to take a look at the existing SMRTConnect app in our Apple Store and found that currents users aren’t too satisfied with it. The app received a low rating of 1.9 out 5 based on the input of 8 users. 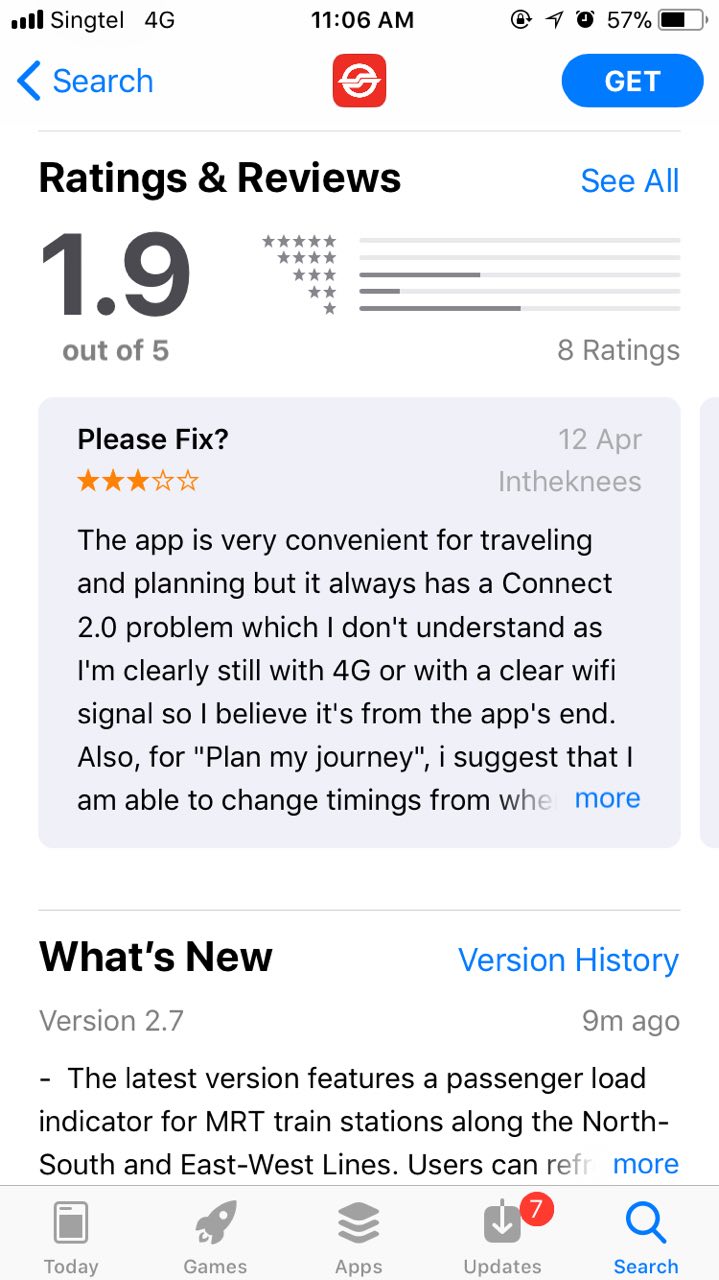 The reason for this poor rating might be due to the connectivity issues. Given that SMRT and breakdowns are almost synonymous, we can’t say that we are surprised.

But what about SMRT’s Twitter page? It’s simple and stable enough to provide updates to commuters right?

Type in a sentence indicating that there is a train fault at X station and the waiting time is X minutes. Hit tweet and voila, commuters are updated.

Well, it seems that they can’t even get this right. There have been a few occasions this year when SMRT’s Twitter page did not update commuters that there were train breakdowns and even if they did, there were instances where the projected waiting timings were inaccurate as pointed out by commuters.

Consider this. If SMRT plans on providing real-time updates by using real-time data, couldn’t they just key these updates in on Twitter?

Given their previous failure at providing reliable updates, what’s not to say that commuters won’t experience a similar feat using the mobile app?

It’s not just us who have reservations

We must applaud SMRT for attempting to make things better. However, the road to recover their reputation as a top reliable railway is long and winding at best.

More must be done to change the mindsets of netizens who felt that the new enhancements to SMRTConnect will just be another failure on the service providers list of let downs.

Given SMRT’s performance this year, we can’t say we blame them for being cynical.