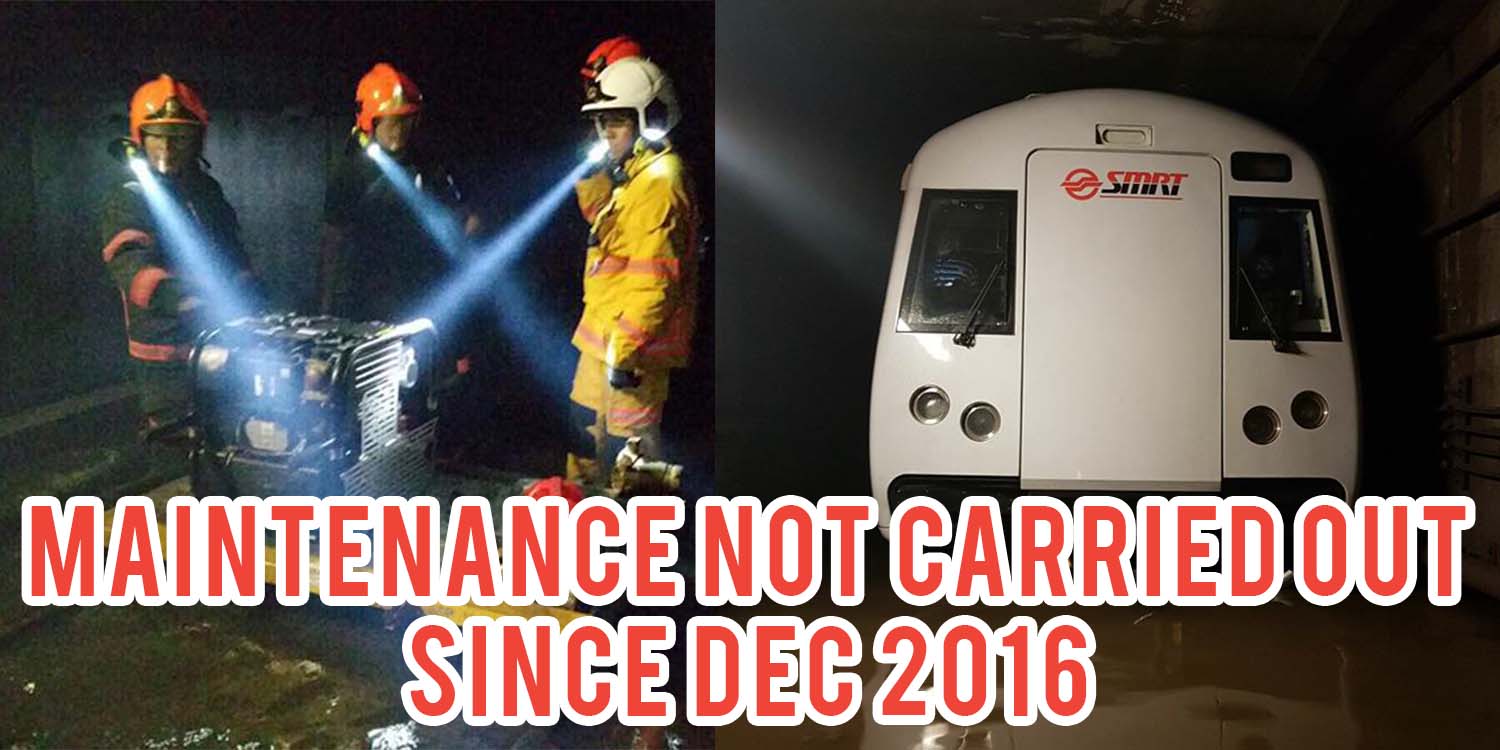 SMRT Investigations Reveal Maintenance Documents Were Submitted, Although No Work Was Carried Out

Remember when SMRT CEO Desmond Kuek said that there were “deep-seated cultural issues” in the company, but nobody knew what he was talking about? Well, it seems that these issues were brought to light, and we’ve only just found out how bad they are. In a press release on 31 Oct, SMRT announced that preliminary findings revealed that quarterly maintenance on the Bishan MRT’s water pumps had not been conducted, even though maintenance records were signed off and submitted.

This has led to the suspension of the maintenance manager and staff responsible for the pump system. But how will SMRT prevent this from happening again? Let’s take a look.

The flooding at Bishan MRT on 7 Oct proved a major nuisance for commuters after services on the North-South Line were halted for nearly 20 hours. This led to a public apology from SMRT bigwigs and an investigation into why drainage pumps at Bishan MRT had failed.

Preliminary reports show that while maintenance records were signed off and submitted, quarterly maintenance works on the drainage pumps were not actually conducted. No track access approvals were issued for staff for works scheduled for Dec 2016, March 2017 and June 2017, which means the records were falsified.

In addition, records show that the pumps were not activated during the days that maintenance works were supposedly carried out.

Perhaps Transport Minister Khaw Boon Wan knew that this was the cause of the flooding when he blamed the maintenance team back on 16 Oct.

“The SMRT team in charge of maintaining the anti-flood system at Bishan has failed us.”

While we were up in arms when Minister Khaw blamed on-the-ground engineers and cut their annual bonuses, the recent revelation seems to suggest he had reasons for doing so.

Stamping out these cultural issues

The train company said that the maintenance manager and staff responsible for falsifying the documents have been dealt with. However, in order to deter a repetition of such conduct, SMRT announced that it would be making four changes to their maintenance process.

1. Change in management and maintenance personnel

2. A Joint Readiness Inspection (JRI) team will be set up

The team will serve as a supplementary form of auditing on top of SMRT’s own audit system. The JRI team will act independently and report to SMRT Board’s Audit and Risk Committee as well as LTA/SMRT Joint Board Technical Committee.

3. Third-party maintenance experts to be hired

SMRT will be seeking experts to “step up quality control surveillance of all preventive maintenance activities” and to “conduct a system-wide inspection of critical systems”.

No word though, on how long this process will take.

No tolerance for failure in diligence

Chairman of SMRT Corporation and SMRT Trains, Mr Seah Moon Ming highlighted that the company has “zero tolerance for failures in supervision and diligence over maintenance tasks”.

He added that any acts of dishonesty and shirking of responsibility will be severely dealt with, “regardless of rank and position”.

It seems that the train service provider is finally getting its act together, but will Singaporeans be appeased by the measures put in place by SMRT’s new chairman?