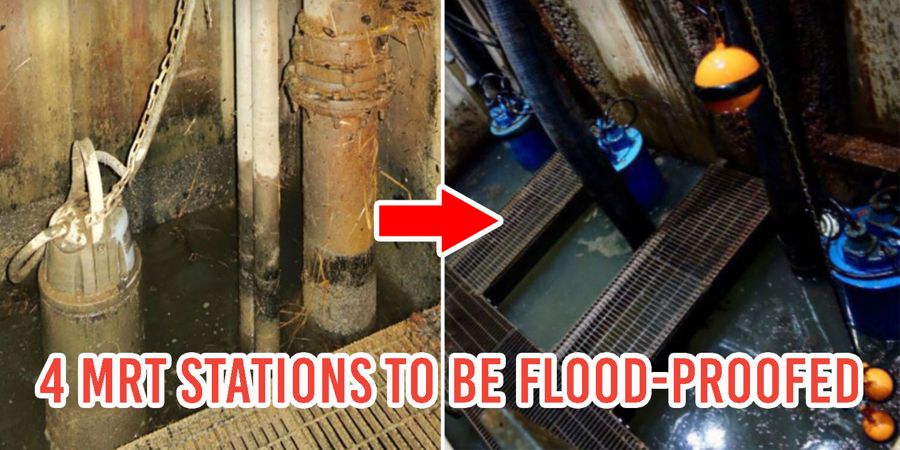 Since the Bishan Flooding incident opened up the floodgates to multiple train problems, it does seem logical that SMRT is taking no risks this time.

Though we’re pumped about that, we wonder why these changes weren’t done earlier.

Since it seems like the previous system was inconvenient, troublesome and somewhat hard to understand.

Let’s take a look at what the emergency response staff at SMRT had to do previously.

In summary, to get to the control panel in the past, they had to:

Believe it or not, it took a minimum of 20 minutes just to reach the panel.

We can’t fathom how much water will fill the area even before the staff even reaches.

Which defeats the purpose, because they’re trying to reach the control pump to deal with the flood risk in the first place.

Besides, in the event of a flood risk, the train may not be in operation. And if it’s operating, nobody should be riding the train for fear of electrocution due to the flood.

Most of all, the big question on everyone’s mind remains — why is the pump so troublesome to get to?

Improvements coming to an MRT station near you

As for activating flood emergency measures, the manual pump control station will be shifted closer to staff for easier access.

When built-in automatic pumping system fails, these manually-activated pumps take over to channel rainwater into drains on the street level.

Since track access is no longer necessary – unlike the old system – the manual pumps can get down to work far more quickly.

Once any problem arises, the station manager simply “proceeds to the buffer area to press the button”.

The buffer area is between the track and the train station.

Activating Plan B to make sure everything is A-okay.

“Redundant float switches” will be installed at the new MRT stations. Yes, that is really what they’re called.

If main float switches fails, spare ones will be tripped to ensure that the pumps are immediately activated during emergencies.

Is this the magical cure to all our problems?

No, since the Bishan flooding post-mortem report found existing systems to be fully functional and “designed to be more than adequate“.

According to the Land and Transport Authority, the 3 most probable causes of the flood were:

While remodelling the flood response system would definitely make flood mitigation more effective, we’ll still have to wait and see if SMRT will also deliver on dealing with the last reason too.

So as of yet, we can’t be sure that SMRT’s new pump layout is the miracle cure for flooding.