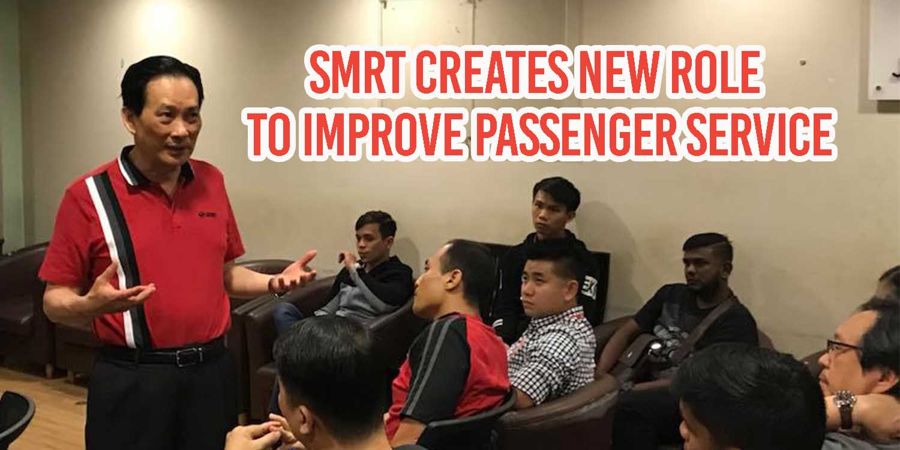 Since train breakdowns have started becoming a rampant problem in 2012, SMRT almost always had PR problems having to deal with frustrated commuters.

Yet, it took them 5 years to develop a role that’s dedicated to enhance the train operator’s service quality.

The new role, Chief Commuter Engagement Officer, which was announced on 20 Dec in a Straits Times article, will be responsible for leading a team to collect passenger feedback and improve customer experience by reviewing processes within SMRT.

Maybe now SMRT will give accurate breakdown reports that everyone can rely on.

Another initiative by Good Guy Seah

The implementation of this new role is an initiative by SMRT’s new chairman Seah Moon Ming, who has been praised many times since taking the role as chairman in May 2017.

Mr Seah has been known to actively reach out to commuters in order to understand their needs.

This new team that assembles for action next month, focuses on gathering opinions from commuters and also developing “new and attractive customer touchpoints” — as in the footsteps of Mr Seah.

The implementation of this initiative will also be a first for SMRT.

Unsurprisingly, public satisfaction with train services have fallen in 2017.

According to a study conducted by the Singapore Management University on customer satisfaction, MRT scored 64.8 points over 100 — which is reported to be 1.6 points lower than in 2016.

With so many MRT issues, we find it hard to believe that 1.6 points are representative of the increased dissatisfaction faced by Singaporeans this year.

In an online poll of 711 commuters, more than 60% of them reported having to add 10-30mins more travel time to compensate for SMRT’s slump in reliability.

The results of the polls are a clear indication that public confidence of the public rail networks have taken a steep plunge.

Putting action to words, at last

In an attempt to reconcile with the general public, SMRT has been releasing trains of statements declaring the operator’s commitment to passenger safety and satisfaction.

But despite so, over the years, commuters still face unreliable reports of service disruption, increase in train fares and lapses in safety.

However, with SMRT adopting drastic measures to make significant changes such as closing train services and implementing new roles dedicated to customer care, words are being translated to action.

While it’s too early to assess progress on improvement works, we – the citizens of Singapore – can only wait and see if there will be any positive changes.