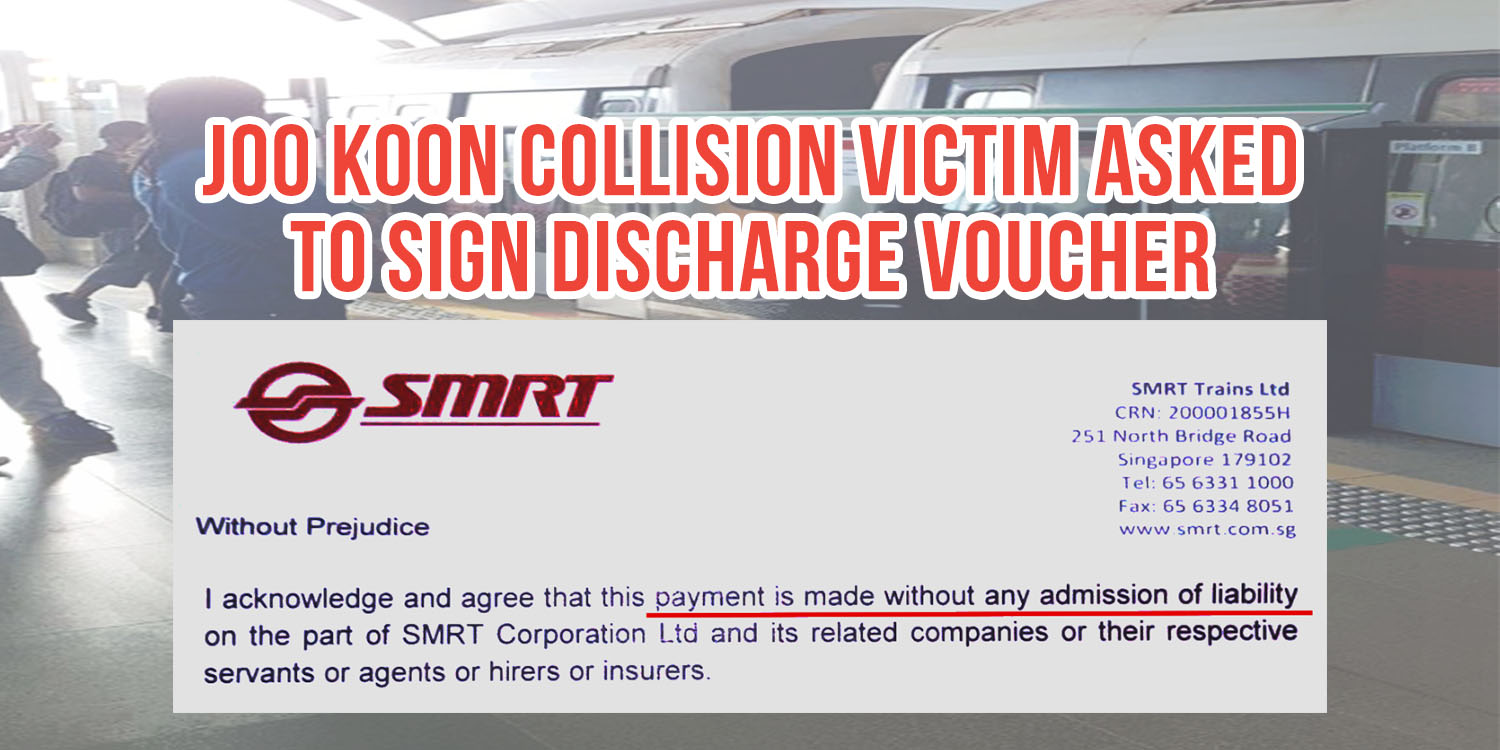 SMRT had made the news again!

But first, who remembers the Joo Koon collision? You know, the one where two trains came into contact?

A passenger who fell and injured himself during that incident managed to claim medical fees from SMRT.

But only after a long tussle over the signing of a non-disclosure agreement. The victim himself wrote into The Online Citizen to give a first hand account on what happened to him.

His side of the story

Firstly, he disclaims that he’s not trying to shade or shame the MRT service provider.

Then he continues to elaborate on what happened. 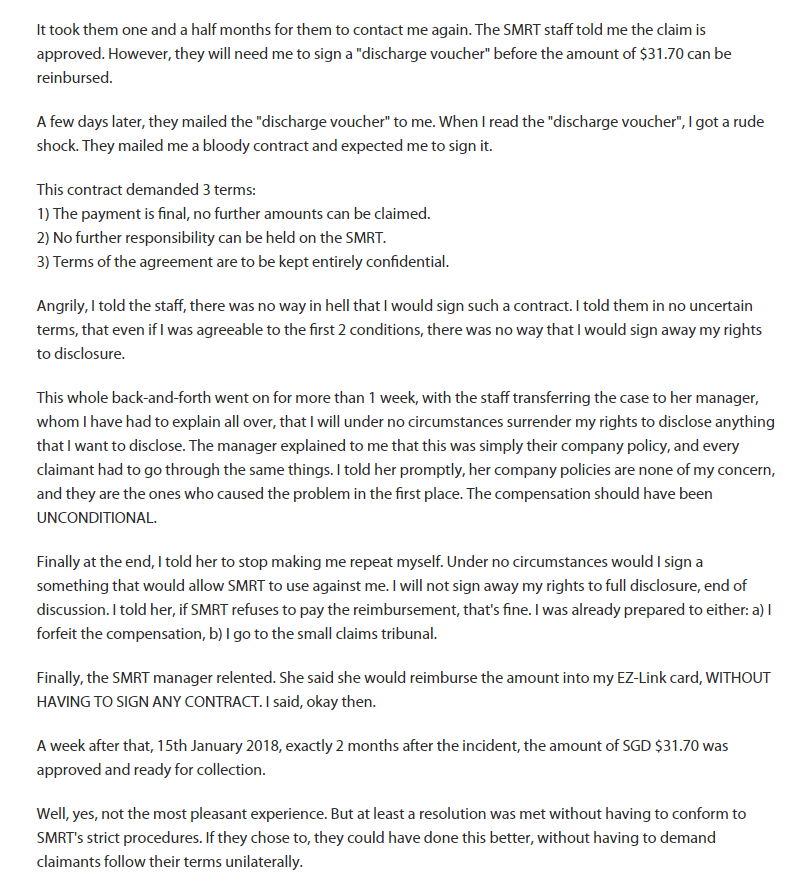 Here’s a summary of how events unfolded:

In his defense, the discharge voucher really does resemble a contract. 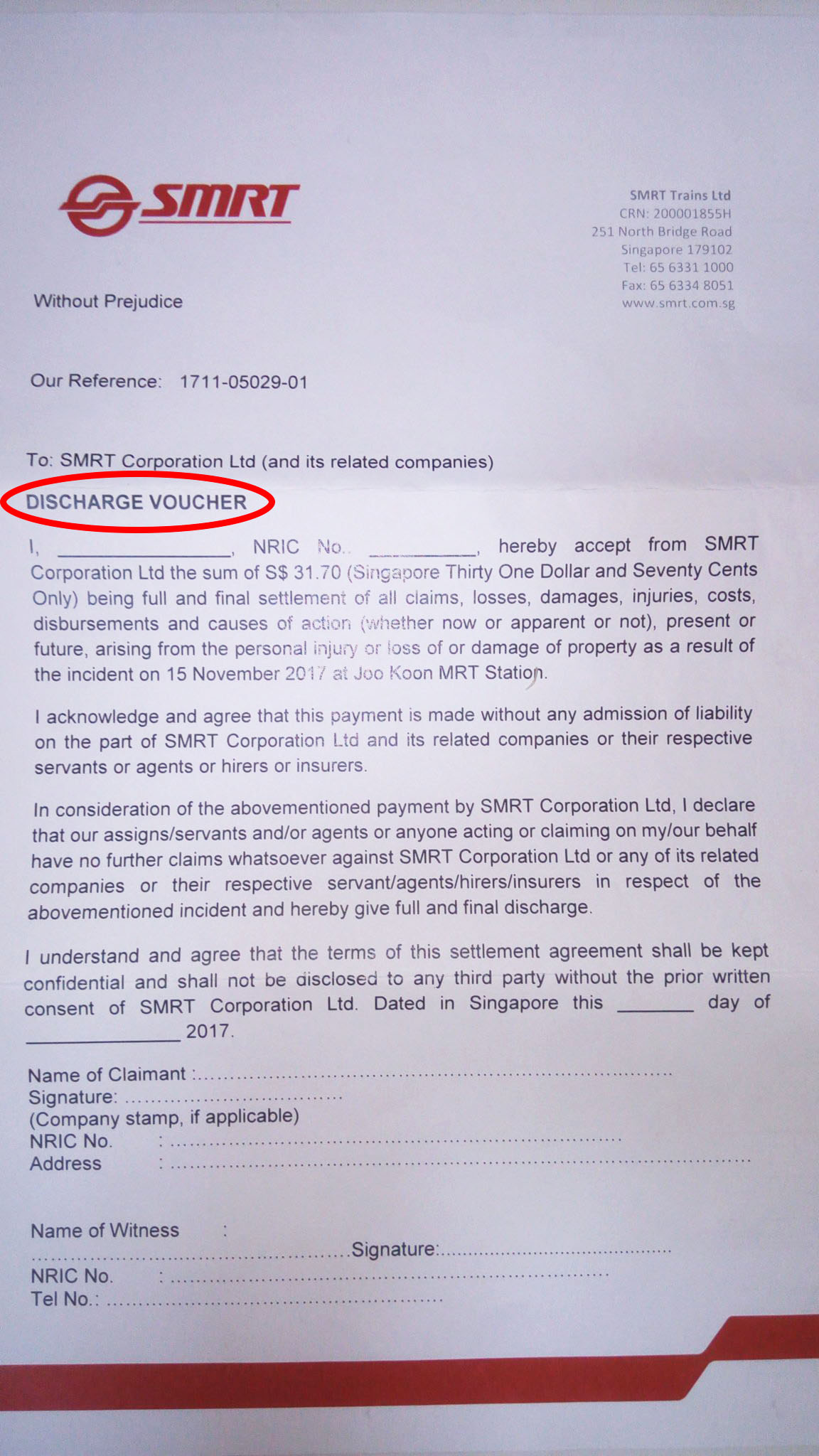 One thing’s for sure, although he was grateful to be reimbursed, he definitely wasn’t impressed at the way the situation was handled.

So was the general public.

A regular non-disclosure agreement or an attempt to prevent the train service provider’s reputation from being tarnished?

The internet wasn’t having it.

Talk about the infamous ‘terms and conditions’ that people never care about, coming back to haunt them.

One user even questioned if such a sum was worth the hassle and haggling over.

Well, you could technically buy almost 10 plates of Cai Fan with $31.70 at a hawker center.

What is the purpose of the non-disclosure agreement anyway?

While many of us may speculate that such confidentiality agreements are there to guard against bad press, it ain’t necessarily so.

To be fair, non-disclosure agreements are actually a common practice across companies.

They usually make such requests to restrict access of information to third parties, i.e. those who aren’t mentioned in the contract.

It’s commonly enforced in the corporate interest of the company.

So the manager wasn’t just ‘making excuses’ when she said she was just going by company policy.

However, we cannot comprehend why a document that resembles a ‘non-disclosure agreement’ would be called a ‘discharge voucher’.

Oops, they did it again

While we can’t clarify the authenticity of the story because the writer is anonymous, we have no reason to doubt him.

Especially since he already said that he’s not out to smear names or destroy reputations.

Should SMRT have done a better job at customer service? After all, the ‘S’ in SMRT stands for service excellence.

Perhaps the company could start off by re-naming their discharge voucher.