Must Share News – Independent News For Singaporeans
Home Current Affairs Man Makes Police Report After Article Claims He Is The Owner Of... 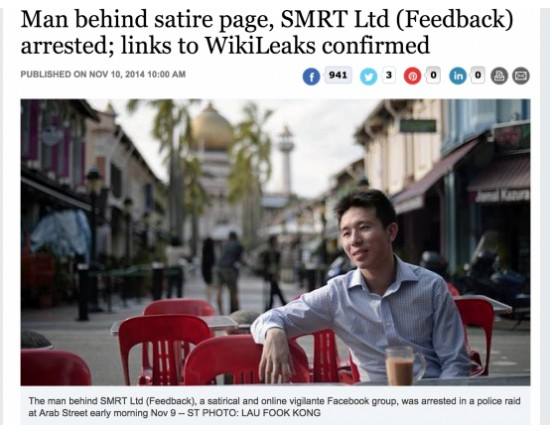 A businessman has made a police report after a photo of him was used in a troll news article. The satirical story claimed that SMRT Ltd (Feedback)’s founder was arrested but used a photo of Geoffrey See, the owner of a non-profit organisation instead.

The photo of See was first published in Straits Times back in 7th March in a news story describing his non-profit organisation. This time however, the same image was used in a satire article, with it heading and story edited. The story was rewritten to mention that the man was arrested while drinking tea in what looked like the Arab Street district and that he is presently in police custody.

See raised the alarm, saying that: ““It has caused intense worry among friends and families, has caused harm to the reputation of the organisation I work with and its supporters.”

While SMRT Ltd (Feedback) had originally created a satire article claiming that its owener was arrested—featuring the now infamous Sim Lim shop owner Jover Chew—it rejected any links this story. 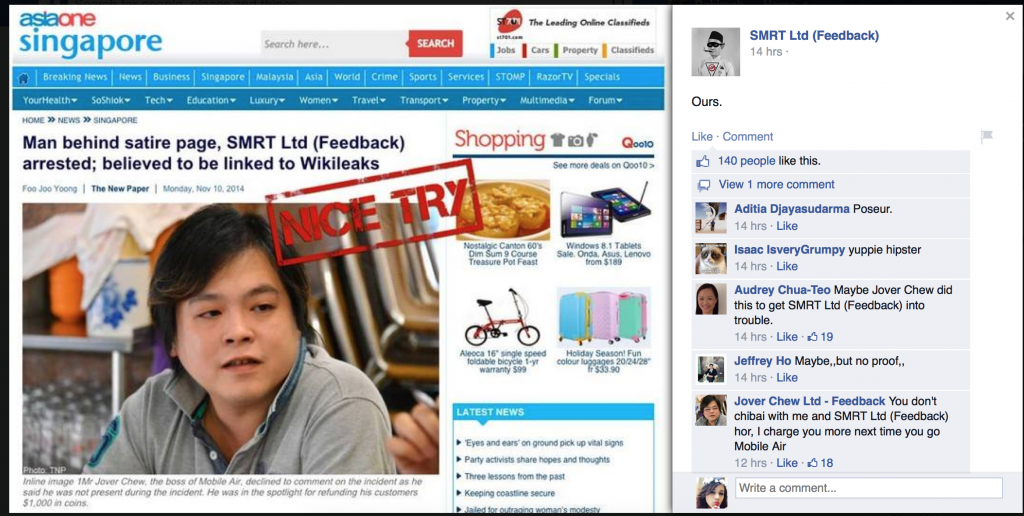 The Wrath Of The Internet

SMRT Ltd (Feedback) has taken it upon itself to serve vigilante justice after a Vietnamese tourist who trying to buy an iPhone 6 was humiliatingly scammed in Sim Lim Square. Combined with the authorities’ lack of response in previous similar cases, the satire group pulled some shocking stunts against the cheating shop owner and have been on the prowl ever since.

From sending boxes after boxes of pizzas to releasing scandalising photos and information about the IT stall owner, their bullying has caught many by surprise. If anything, the whole sage reinforces one thing: The Internet comes with unimaginable powers.

It is almost impossible manage what goes on, on the Internet. Even SMRT Ltd (Feedback) just got trolled by the satire article. But then again, all is fair in the name of Internet trolling.

The Internet levels the playing field for all sides. SMRT Ltd (Feedback) can have the same amount of attention by netizens as any ministers trying to put their two cents worth into the Sim Lim saga. But so can other Internet trolls.

In the immortal words of the wise Spiderman; with great power comes great responsibility. While SMRT Ltd (Feedback) might be doing what they do under the banner of justice, other jokers on the net might not have the right intentions.

Even then, people are still questioning if SMRT Ltd (Feedback) is going to far in naming and shaming the culprits involved in the scam. Some say that the cheaters had it coming for them. Others said that it was about time someone meted out justice.

Ultimately it is up to the readers to realise that there is always a flip side to the coin, to not be too hasty to Like and Share stories without giving it much thought. Because after all, it is the readers who empower these stories.