“Own up by 3rd Nov and you will not be penalised.” That is the ultimatum issued by SMRT before it conducts a wide-scale inspection on whether its rail staff have been cutting corners during work.

SMRT’s move comes after preliminary reports by SMRT investigation team revealed that quarterly maintenance on the Bishan MRT’s water pumps had not been conducted, even though maintenance records were signed off and submitted.

It seems that the train service provider is attempting to root out this “deep-seated cultural issues” as soon as possible.

Getting to the root of the problem quickly

SMRT seem desperate to get to the root of the problem quickly as they offered rail staff the chance to come clean.

According to an ST report, rail staff first found about the offer through an email circulated a few days ago. This might have coincided with SMRT’s recent discovery (31 Oct) that it was the negligence of its staff which caused Bishan MRT to flood, disrupting train services for over 20 hours.

SMRT CEO Desmond Kuek also said that while the company admonishes acts of negligence, it wanted to “quickly establish [the] extent of such improper practices”.

While it is understandable that rooting out the problem quickly is the priority, some Singaporeans were skeptical that this might not be the best move.

They felt that the act was a desperate attempt to provide an answer to the general public.

Despite the peace offering, we’re not sure if that’s the best way to get people to own up. 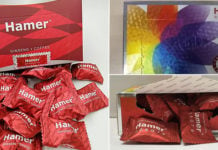