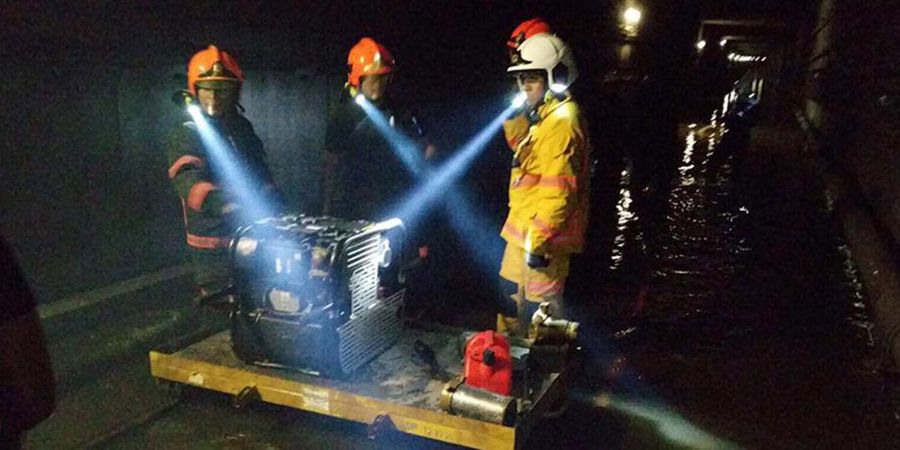 Well, well. It seems that SMRT is finally doing something other than giving excuses about its poor train service standards, following the most recent disruption in train services. SMRT’s Vice-President of Maintenance Mr Ng Tek Poo will be “redeployed” with immediate effect, announced our ever-reliable train provider in an internal circular on 12 Oct. The best part is, the rail company directly referenced the recent disruption as a cause for Mr Ng’s move.

On the evening of 7 Oct, train services between Marina South Pier and Ang Mo Kio were halted due to flooding between Bishan and Toa Payoh MRT Stations. A small fire between Marina Bay and Raffles Place was also reported, but it went out on its own.

So how do we know that Mr Ng is facing the music because of the flooding? Well, SMRT Vice-President for Corporate Communications, Mr Patrick Nathan, told ST that “[SMRT] are strengthening [their] Building and Facilities team in light of last weekend’s disruption”.

The internal circular announced that Mr Ng will be removed with immediate effect from 12 Oct. At the same time, Mr Siu Yow Wee will be appointed as the Director of Building & Services.

The 20-hour disruption which occurred just five days ago (7 Oct), left Singaporeans baying for blood. However, the latest change in personnel has not quenched the thirst of Singaporeans.

Some questioned why Mr Ng was redeployed instead of receiving the axe.

Others called for our favourite CEO and Transport Minister to commit hari-kiri.

While others empathised with the supposed scapegoat.

Whatever the case, it’s definitely good to see the rail operator taking some action over a disruption.