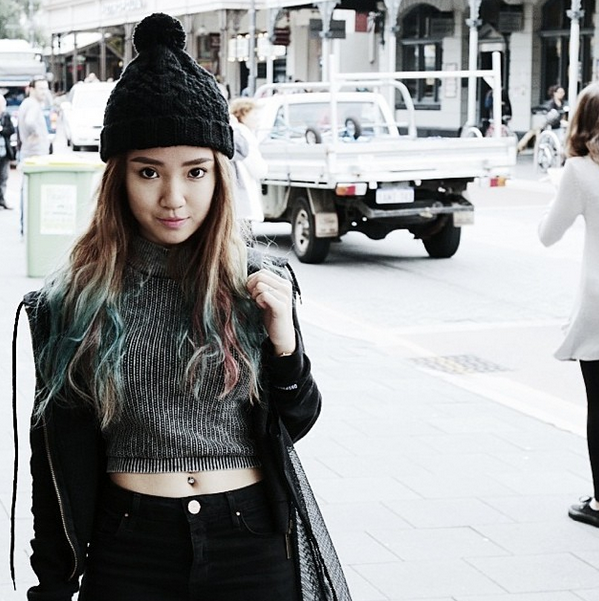 You may know her name, but how much do you know about her?

SM Spotlight is a new MustShareNews series where we put the spotlight on popular social media celebrities in Singapore.

Following reports on Tan Jian Hao and his six figure annual income, we divert the lime light to his equally successful other half, Naomi Neo.

A few years ago, no one would have thought that blogging would be such lucrative business. Girls started one solely for voicing out their own opinions and blogging about usual mundane stuff like school life and their rants about friendship and relationships. This one girl did the same and yielded different results.

Here are 10 things you should know about Naomi Neo. 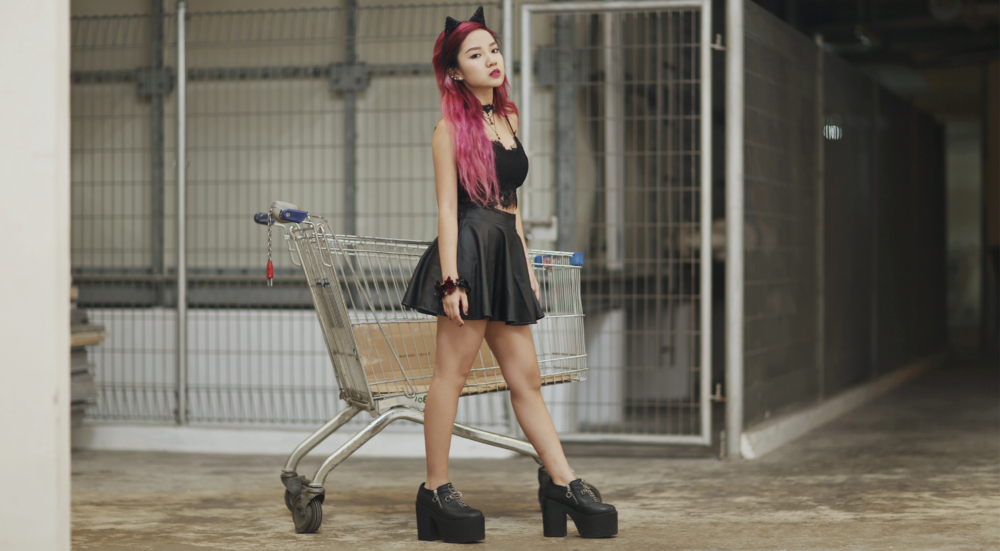 1. She’s been making videos since she was 16

In recent months, Naomi has been more active in making videos. However, did you know she started uploading videos on Youtube back when she was 16?

Here’s one where Naomi does a hair tutorial for a casual date, which has close to 145k views:

At 18, she shares more about herself with her viewers, speaking about frequent questions she gets asked – her tattoos and virginity:

Finally, she started acting with her popular YouTube friends in their comedy videos. Together with her boyfriend, Youtuber Tan Jian Hao, this video of hers saw over 850k views:

2. She gets her own security guards at events

Naomi and Jian Hao needed Cisco guards to “protect” them. 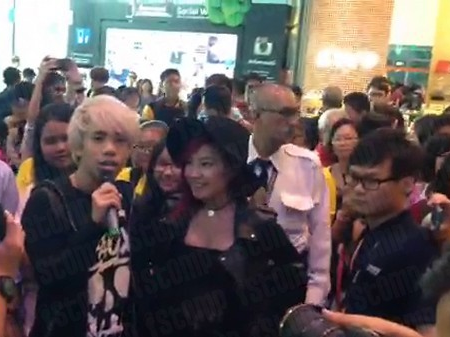 How many 18-year-olds have the privilege of equal treatment as Lee Kuan Yew? 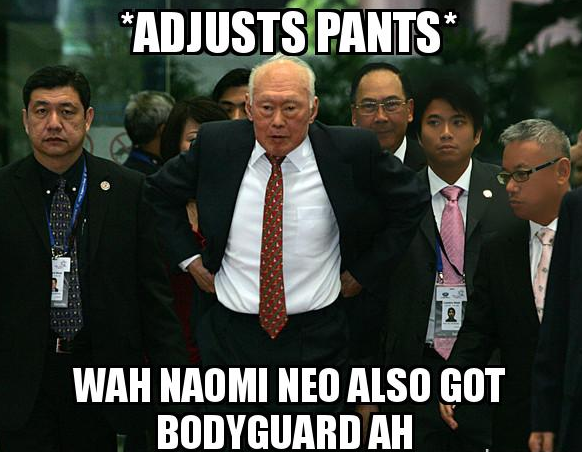 3. She earns more than the average fresh grad

Having started her blog in 2009, she has garnered a substantial amount of following. Her words have the power to influence, and sponsors know that. Sponsorships alone rake in a considerable amount for Naomi – possibly even earning more than the average University fresh graduate.

In a year, she receives up to $45,000 based on sponsorships. We hear she charges up to 2k for a sponsored blog post but with the  following she has, it’s a good bargain for advertisers.

We’re pretty sure bloggers/Youtubers like Naomi earn more than 90% of Mediacorp actors and they are still in their teens/early twenties! 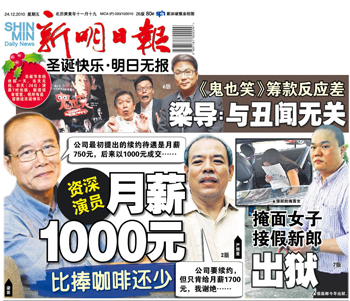 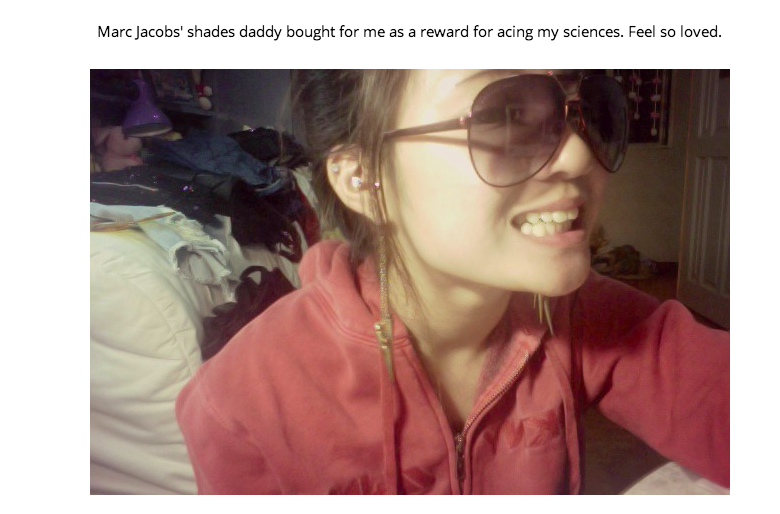 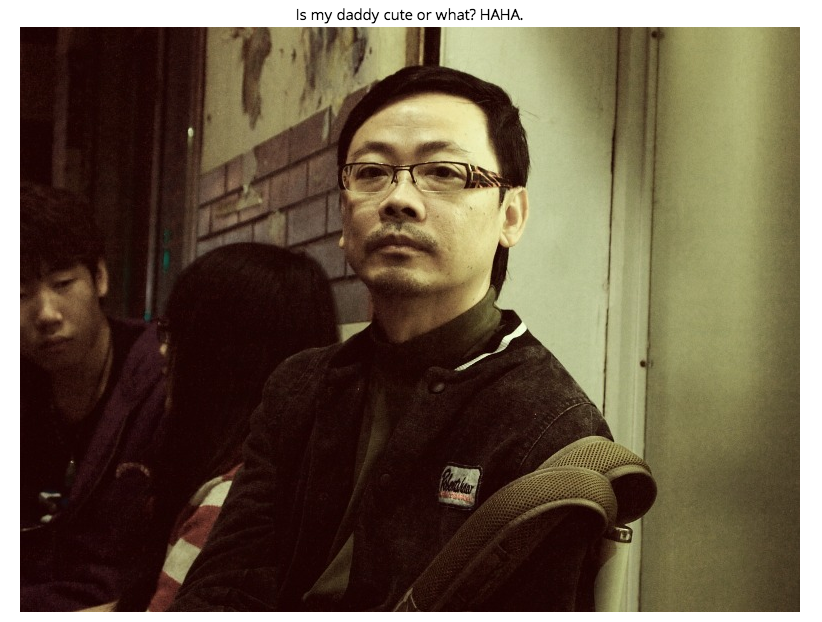 5. She has the craziest ideas

She is the one girl you do not want to do a challenge with – trust us. Getting ice cream in an ice bucket dunked over your head is the tip of the iceberg. You might very well be fed soil next.

Naomi preparing an ice bucket ‘with a twist’ for the ALS challenge: 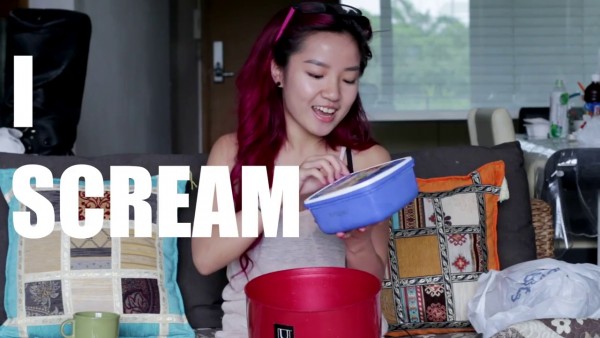 Watch what happened to Jian Hao:

In a blindfold challenge with Dee Kosh, Naomi scooped up soil from the ground and fed it to an unsuspecting Dee Kosh:

At just 18, she already has a few titles (blogger, Youtuber, Instagram influencer) under her belt, but we bet you didn’t know she’s also the ambassador for reputable hair care brand, Sunsilk. One of the four Singaporean bloggers chosen as a Sunsilk ambassador, Naomi sure has a knack for hairstyles. Check out the creative mini hair tutorial she did for Halloween!

7. She obliges her fans

Despite her online feisty persona, Naomi is more than happy to pose for a picture if you bump into her in town. Want your one-minute of fame? Naomi may even post or retweet your photo on her Twitter account! 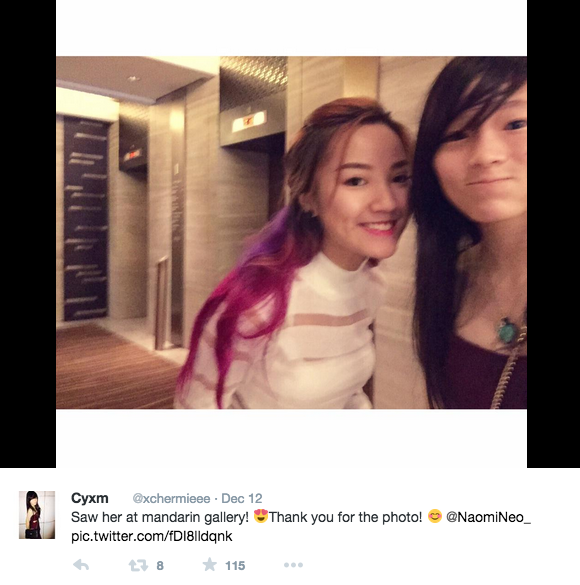 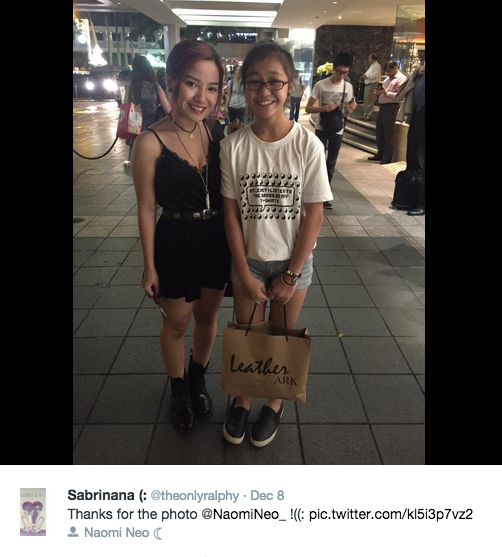 8. She has her own opinion

Despite her pretty face, don’t take her for an airhead. She is not afraid to express her opinions, controversy be damned. After all, it’s better to be talked about than forgotten, right? Kudos to her for not yielding to the haters.

She was only 16 when she voiced her opinions on much-debated topics like sex: 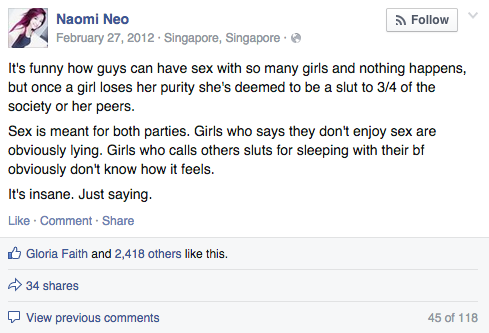 Here’s a more recent video of her voicing expressing her views about sexuality in the media, when she uploaded a picture of her mastering the art of the sideboob: Fun fact: Naomi came up with her own blogskin.

Naomi sharing about her new design:

Today has gotta be my happiest day of 2014 because I’ve finally completed my new blog skin and set up my very own domain after nearly 2 months! Hip hip hooray! Well, this explains why I haven’t really been updating regularly as I wanted to focus on shifting my page away from blogger to my own domain, as well to work on my design.

10. She has her own line of merchandise (coming soon!)

An excited Naomi announcing the launch of her merchandise in the pipeline:

Anyway, there are still more stuff coming your way, especially MY NEW MERCHANDISE!!! Some of you might be aware that I used to own a webstore when I was younger, selling pre-loved items and it was doing really well, just that I got really lazy eventually :p And I’ve always wanted to have my own store again, but instead of selling things that you can easily find else where, I thought why not come up with my own merch? So I’ll be collaborating with my designer and coming up with Tshirts, Tanks and maybe more stuff along the way.

Remember the girl who trended on Twitter a few years back, gaining overnight fame?

Well, she has come a long way since.

Enter Naomi Neo – one of the youngest influencer in the blogosphere with a massive following. At only 18, she has a following of about 146,000 Facebook likes, 120,000 followers on Twitter and 177,000 on Instagram.