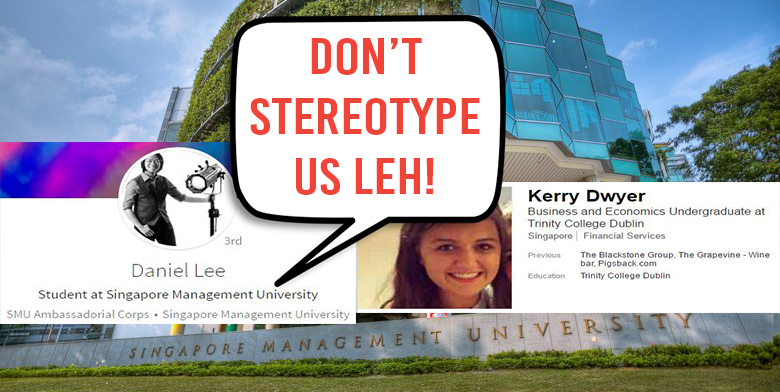 Countering A Critique Of Singapore

What happens when someone casts a perhaps not-so-critical eye over a place that you love over the Internet? In the case of former Singapore Management University (SMU) student Daniel Lee, you rebut it over the same medium, and you do it better.

Mr Lee wrote a spirited defence of his alma mater in a long post over LinkedIn on Wednesday (Feb 15), as a response to a sweeping critique of the university and Singaporeans posted by an Irish exchange student a week earlier on the same social network.

What The Ang Moh Thought

Her critique of SMU can also be seen as her own analysis of the foibles of Singaporean society:

SMU could be seen as an emblem of Singapore – spotless, orderly, happy, safe, successful but also partially pretentious, rigid and narrow minded.

Although she makes some salient points, like the insatiable rigour of Singapore’s education system, her article also came off as ignorant of the spectrum of personalities present in SMU and also stereotyped Singaporean students in general:

For many SMU students, studying is a form of enjoyment.

So presumably she thinks there are actually people who just lurrrve to spend their youth in the library. 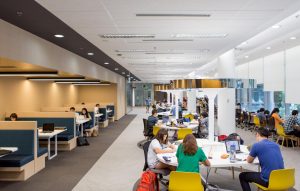 Mr Lee systematically tore down Ms Dwyers’ assertions about the Singaporean’s “enjoyment” for studying by pointing out clear ironies and citing examples diametrically opposed to her assertions.

For starters, Mr Lee mentioned that her descriptions of the studious Singaporean SMU students reminded him of someone he knew in school, who studied fervently and spent loads of time in the library. However, that student, he said, was an exchange student — completely, tossing Dwyer’s stereotype straight into the chute.

He also went on about how his path had indeed been mapped out by his parents ever since age 4, but not in the way Ms Dwyer would think.

Instead, his parents wanted him to be a “courteous, decent, moral and wholesome” person, bashing Ms Dwyer’s sweeping assertion that Singaporean children are immediately sorted out as objects of the economy from a tender age.

Even though Ms Dwyer may be on to something about the harshness of the education system (children as young as 9 are made to do streaming exams in primary school), the future of a child of age 4 can only be imagined by its parents. Though many have high hopes careerwise for their children, there are still parents out there who are realistic about their children’s capabilities and prefer a more holistic education.

Besides, it’s impossible for anyone to know what a child has in store for him at that age. What do you know at 4? The alphabet and Barney, and that’s mostly it.

One of Ms Dwyer’s quotes, especially, seemed to rub people the wrong way:

The main differentiator between a typical SMU student and one who has been on exchange is that they don’t fall into the tunnel vision of the Singapore education system. They are more open-minded and interested in making friends with incoming exchange students and these social skills are the difference between those who will follow the systematic path and get a decent job and the those who will make changes. This can be seen in the demand for European people to work in places like Singapore and Hong Kong, where our social skills are needed in order to complement and enhance the intellectual abilities of the natives.

I wonder whether the so-called “social skills” that Europeans allegedly have involve pissing off an entire country?

How many actual Singaporeans did she attempt to socialise with, to come to such a sweeping conclusion, we wonder? Or was she one of those foreign students who only fraternised with people who share the same background?

Mr Lee aptly pointed out that the statement was racist and proceeded to dismantle this idea with information provided by Ms Dwyer herself.

He cited how her assertion that European people were innately more social than Singaporeans was in conflict with what she mentioned about wanting to avoid doing presentations — so much that she’d rather prepare the whole presentation and not speak.

He also subverted Ms Dwyer’s stereotype with anecdotes of actual Singaporeans he knew — something which we suspect Ms Dwyer wouldn’t be able to provide.

Mr Lee cited a friend of his who may have been a top student, but threw himself into his schoolwork at SMU because he was diagnosed with an incurable infection and had limited days to live. He also made every second count, making videos in his spare time.

He also named a professional artiste, a young entrepreneur, and professor who plays in a band and a choreographer who dances under the library.

Thus, instead of Ms Dwyer’s sweeping generalisations of Singaporean students, Mr Lee humanised and gave them depth by providing actual examples of students who live lives that aren’t mapped out for them. 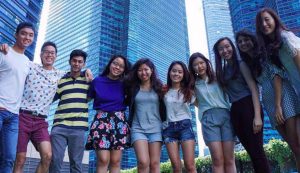 And here’s the clincher: Mr Lee even invited Ms Dwyer to drop him a message if she wanted to be shown around the school. This hospitality even extended to inviting her to join various activities like theatre workshops, singing and dancing.

Also, feel free to drop me a LinkedIn message if you’d like to be introduced to student life and shown around school – Samba Masala are the drummers you hear before you see them, you can learn some sexily slick dance moves from Caderas Latinas, you can sing A Capella with Voix, StageIT is having a theatre workshop with a professional thespian this recess week, we have many excellent sports clubs…and everyone’s more than welcoming of exchange students joining in the fun.

We think Mr Lee is subtly throwing shade at Ms Dwyer with this invitation. He’s saying that Ms Dwyer, despite currently studying at SMU, still hasn’t gotten to know the place and needs a former student to show her around.

There can be many reasons for Ms Dwyer’s apparent ignorance, but one that many people will think of is that she had some existing preconceptions of SMU and of Singapore, and wasn’t prepared to get to know anyone, or attend any event, that subverted these preconceptions, preferring to stay within her (white) world as many foreigners do when they come to Singapore.

Ultimately, what Mr Lee was trying to drive home was that maybe Ms Dwyer too quick to pass a judgement, and should spend a little more time understanding SMU and Singaporean society at large.

Perhaps, this quote best encapsulates where he’s coming from:

Discover the stories, concerns and hopes of your group-mates, and I really look forward to your updated, more nuanced critique of SMU as this semester ends… my biggest takeaway was the opportunity to know people, understand their stories, and to see the world from their shoes.

We like that Mr Lee managed to counter Ms Dwyer’s slightly racist and stereotypical article about Singapore, and without getting defensive or offensive — a feat in the age of pointless social justice warriors.

Let’s hope Ms Dwyer and other foreigners who have preconceived notions of Singapore take heed, and try to get to know actual Singaporeans better before making such judgements.