You can’t possibly not know about the rare solar eclipse that happened in Singapore this morning.

But in case you don’t, this video will give you a brief idea of the rare occurrence:

So if you missed the solar eclipse this morning, do not be disheartened because there are still many chances to catch one!

The eclipse is said to occur in Singapore and Indonesia, which made people in the region and beyond excited.

Here is a video of the solar eclipse from Indonesia!

Tourists from all over the globe booked hotels at the best spots to catch the solar eclipse in Indonesia — at the island of Belitung and off the east coast of Sumatra for instance.

An estimated number of 100,000 tourists were expected to gather at these places to catch the solar eclipse.

Hotels all over the island of Belitung have been fully booked since October last year and they even had to turn away about a hundred bookings, as reported by The Straits Times.

According to The Straits Times, National Institute of Aeronautics and Space of Indonesia chairman Thomas Djamaluddin said that “Indonesia is special as it is the only country that the total solar eclipse can be observed from land”.

Well, Indonesia is definitely recouping some of their economic losses from the haze.

Politicians in Singapore also made time to witness the rare occurrence

Mere commoners are not the only ones who are intrigued by the mysteries of Mother Nature.

Even the politicians in Singapore made sure that they got to view the solar eclipse!

Singaporeans are just as excited about the solar eclipse

The school had even set up 11 telescopes on their roof top garden for students to get a closer look at the solar eclipse.

They also had a live stream of the occurrence for over a hundred schools to tune in to!

Besides Paya Lebar Methodist Girls, Bendemeer Secondary has also engaged the students to view the solar eclipse by purchasing about 400 pairs of solar glasses so that their eyes will be protected.

Mr Tan trained tutors on how to work the telescope, together with the National University of Singapore’s (NUS) Physics Department, Bendemeer Secondary School and Juying Secondary — all to optimize the view of the solar eclipse which took place this morning. 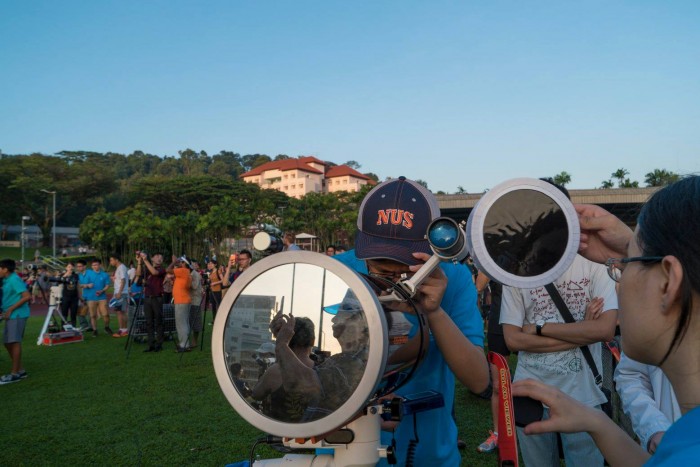 People also gathered at different places in Singapore like the Singapore Science Center, National University of Singapore and Labrador Park to view the solar eclipse.

The Solar Eclipse in Singapore

For those of you who missed the solar eclipse, do not worry because many have caught the rare phenomenon on video.

Here’s one by ITE College East:

Even the Singapore Police Force had momentarily dropped their guns in exchange for a camera to film this:

While most of us were marvelling at the solar eclipse from Earth, some people — like this netizen — were lucky enough to intercept the eclipse, 35,000 ft off the ground! And of course, the classic solar eclipse joke. Now, who says you’ve missed the eclipse? 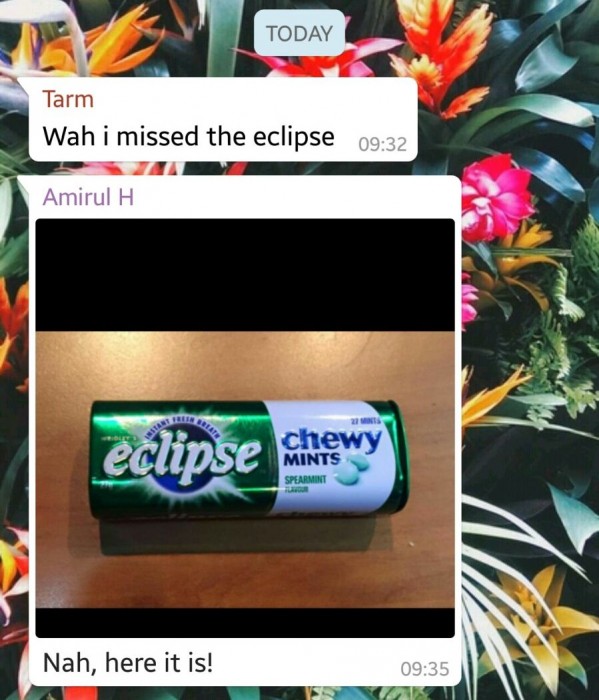 Let’s see if we can come up with a new joke by the next solar eclipse. 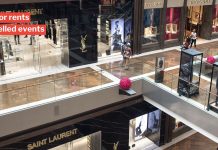 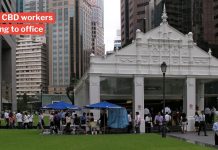