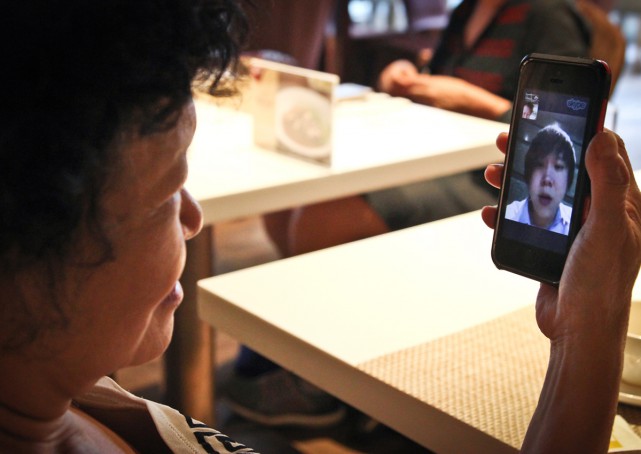 Son relieved that mum is safe

After years of estrangement, reunion is finally impending for mother and son.

For years, Goh had been worried about his missing mother and feared that she was kidnapped or murdered.

Answers finally came to Edward Goh, after media reports of Mary Seow being a McRefugee in Hong Kong surfaced.

How it all unfolded

More than four years ago, Seow sold their home in Boon Keng out of the blue. Seow was a single parent, and lived with Goh together with her parents in the four-room flat.

However, things changed when Seow met a female Chinese national at Paya Lebar Methodist Church. The “friend” even managed to convince Seow into marrying a fellow Chinese national she claimed to be her uncle. Goh only found out about them when Seow brought the man home to stay with them.

He told The New Paper:

I didn’t even know his name. I was quite upset.

My grandmother was most upset because in the first place, she didn’t trust any of them (the two Chinese nationals).

To me, it was like he was invading our home. But I bottled up everything. I adopted a heck-care attitude.

The man fled in less than six months.

Her church “friend” then persuaded Seow to sell her flat, threatening that the man would have a right of share to the flat if she didn’t.

Seow later told her uncle, property agent Roland Seow, that the marriage was a sham and was never consummated.

The woman later cajoled Seow into using the money from the sale of the flat and her CPF savings to invest in a transportation company in China.

In Feb 2011, Seow told Goh that she would be leaving for a month, but that became the last time Goh saw his mother.

When Goh was unable to reach his mother after multiple attempts, he filed a police report. Months later, Seow called Goh from China. She apologised as the money was depleted — she was cheated. She told Goh that she loved him, and hung up as he was at a loss for words.

The four years that ensued was a trying period for Goh:

We hear stories of syndicates in China that kidnap people and sell their organs; there was always this fear.

Eventually, over the years, I became mentally prepared that she was not coming back but at the same time, I also wished I was wrong.

Now that he finally has news of his mother, he intends to save up and head to Hong Kong.

I know she is scared to lose face (from) the guilt of the things that happened. I feel she really doesn’t want to share that with people.

The top priority is to bring her back. It is going to be very weird and awkward for both of us, there is no denying that.

But I don’t want her to be sorry to anyone, or for anything she has done. The past is the past, just forget about it, anything can be solved – that is what I wish to tell her.