Must Share News – Independent News For Singaporeans
Home People 5 Sonny Liew Facts You Should Know After He Won 3 Eisner... 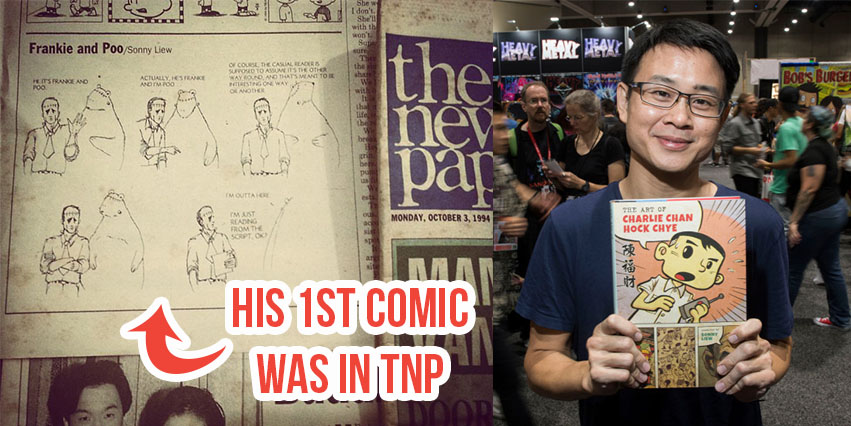 It’s been a good year for Singaporeans so far, as it seems that every week a Singaporean does us proud, but we’re not complaining. From Joseph Schooling last August to singer Joanna Dong last week, the host of illustrious people who have put this tiny country on the map just grows bigger.

This week, Mr Sonny Liew has taken over the mantle of most-feted Singaporean with his 3 Eisner Award wins on Saturday (July 22). 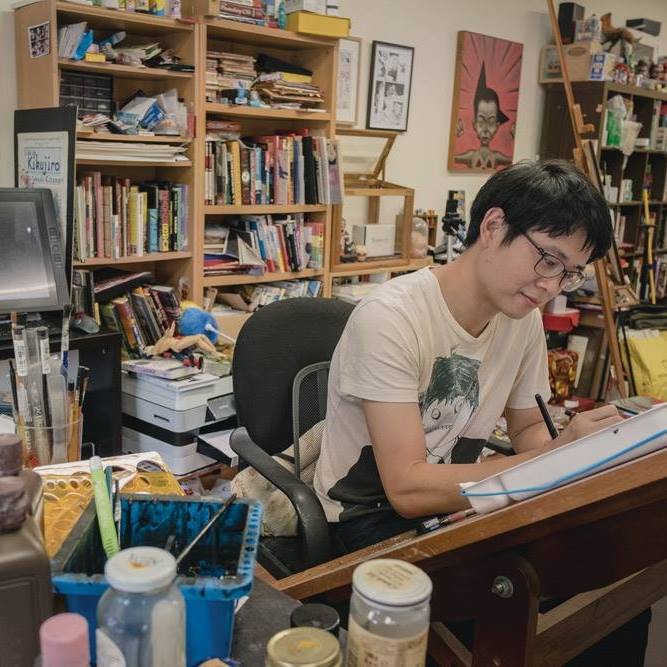 The Eisner Awards are dubbed the “Oscars of Comic Books”, and they are given out at the San Diego Comic Convention — the mecca for geeks all over the world.

When Mr Liew’s crazy popular graphic novel “The Art of Charlie Chan Hock Chye” was nominated in a whopping 6 categories, it was already a big deal, as it was the most number of nominations for one work in this year’s awards. 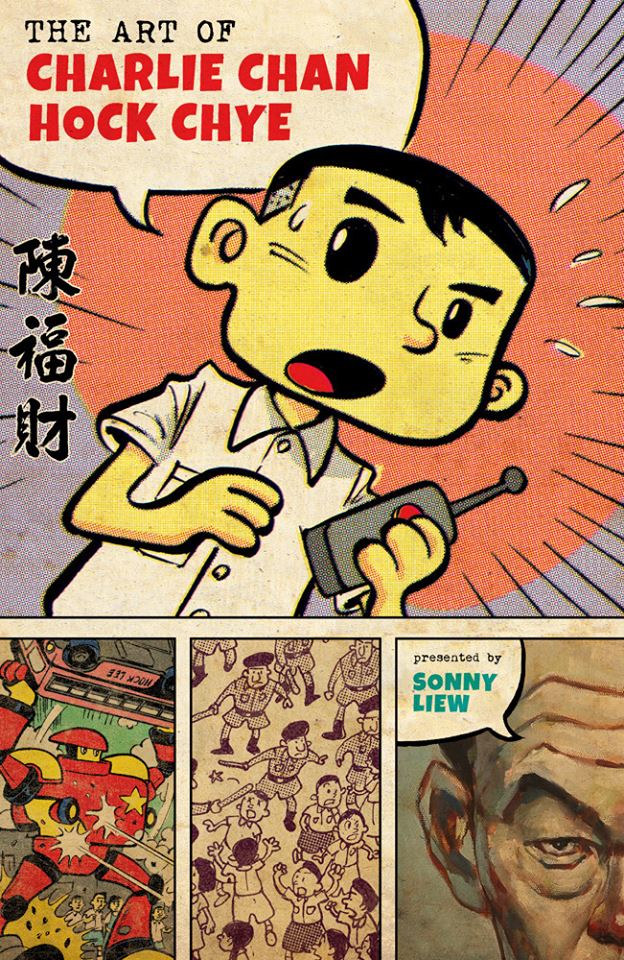 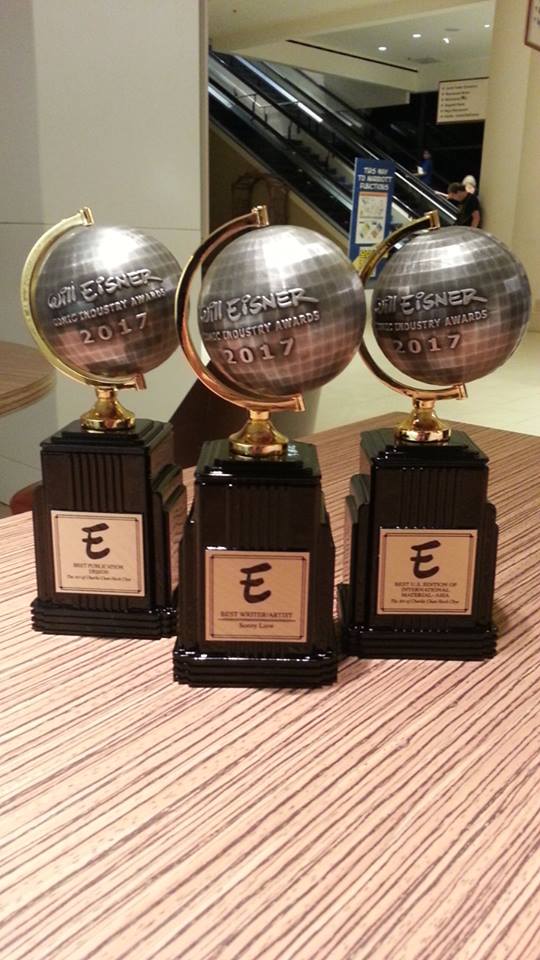 In 2016, “The Art of Charlie Chan Hock Chye” became the first graphic novel to win the Singapore Literature Prize.

Snubbed By The NAC

While the wins are an achievement in themselves, they are all the more remarkable considering that in 2015, the National Arts Council (NAC) had withdrawn an $8,000 publishing grant for “The Art of Charlie Chan Hock Chye” the day before the book launched, because it breached funding guidelines.

What were the guidelines it breached? The NAC said it “potentially undermines the authority of legitimacy of the Government and its public institutions”.

The story, which is a history of Singapore from the 1950s to the present, depicts several major historical events like the Hock Lee bus riots and important political figures like late founding father Lee Kuan Yew in a way that’s not overwhelmingly positive.

Ironically, the Singapore Literature Prize is organized in conjunction with the NAC, so while it couldn’t fund the “The Art of Charlie Chan Hock Chye”, it can support it in other ways.

Now that it’s won 3 Eisner Awards, perhaps the NAC and other parties that failed to support the book previously would like to come out of the woodwork and associate themselves with Mr Liew?

Now that Mr Liew, 42, is officially an Eisner Award-winning comic artist and, Singaporeans who haven’t heard of the man and his work may be interested to know more about him.

So here’s 5 facts about Sonny Liew that you can bring up to impress your friends and family.

1. He Got His Start At The New Paper

Say what you want about The New Paper, the Singapore Press Holdings publication gave Mr Liew his first start as a comic artist way back in 1994.

Mr Liew’s first comic strip was named “Frankie and Poo”, and was published in the comic section of TNP.

Here’s the very first comic strip of Frankie and Poo” — would anyone have guessed that the artist behind his would go on to win an Eisner Award? Even then, Mr Liew’s propensity for political satire was quite evident, as can be seen from this Frankie and Poo strip that TNP decided not to publish: 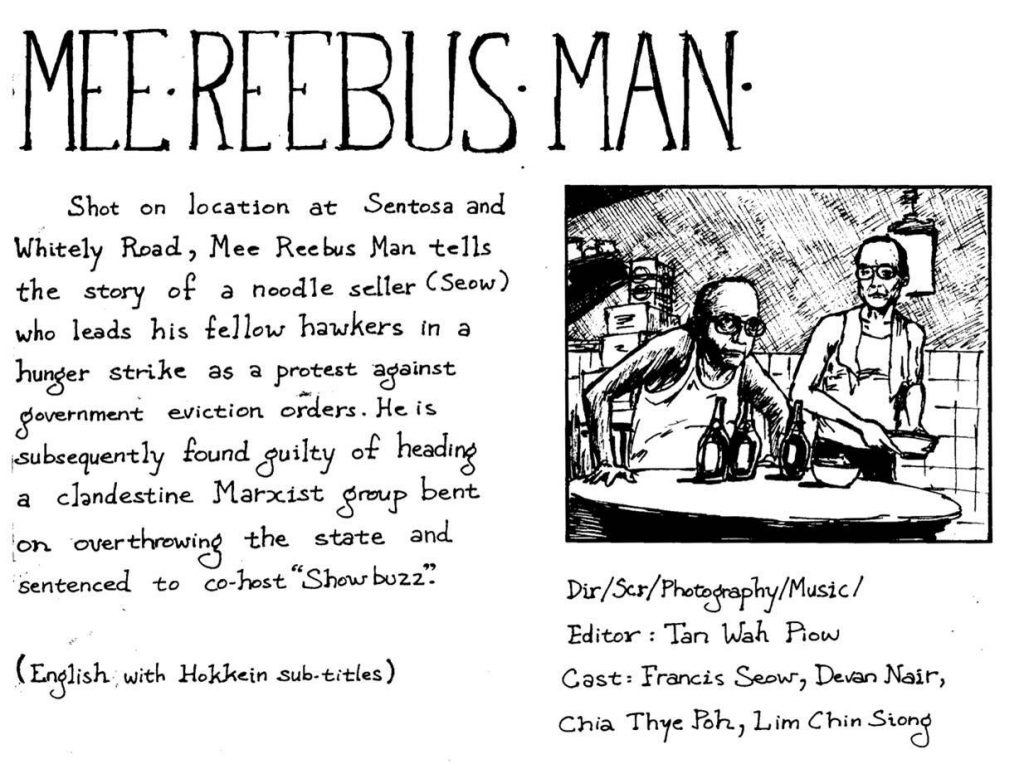 Another early Frankie and Poo strip illustrates Mr Liew’s tussles with his publishers over censorship: 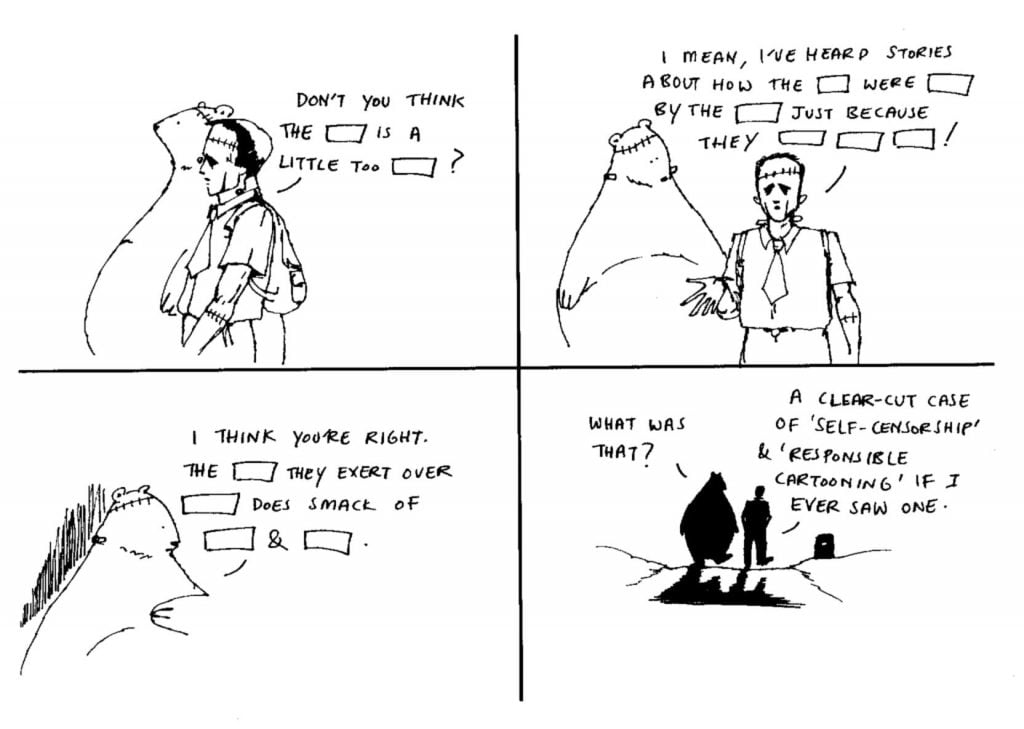 A selection of Frankie and Poo comic strips were later published into a book by Times Publishing that can also be found in the National Library. 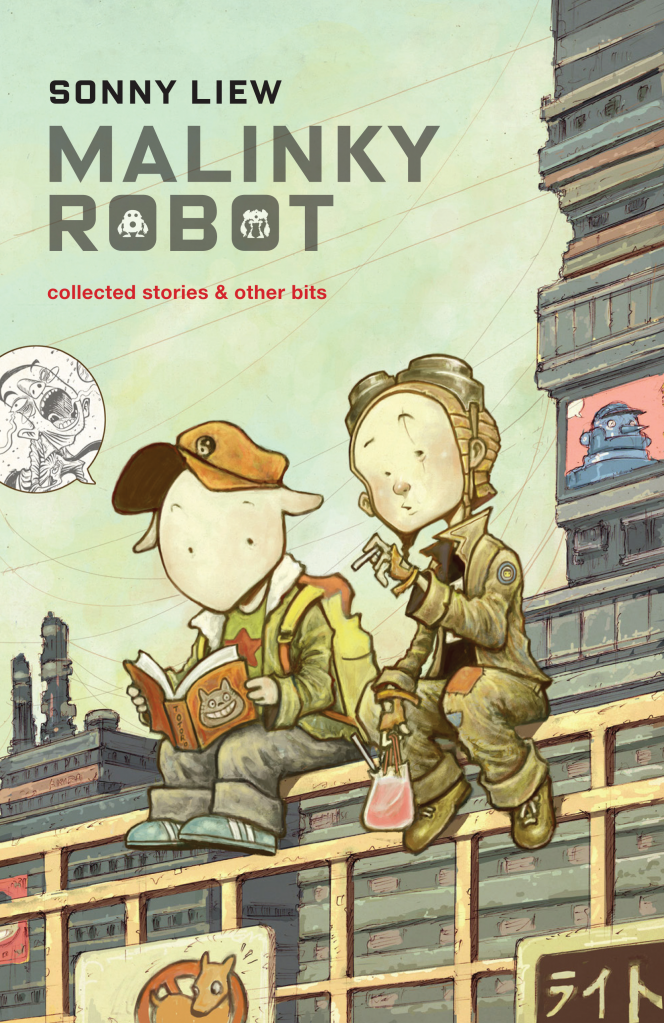 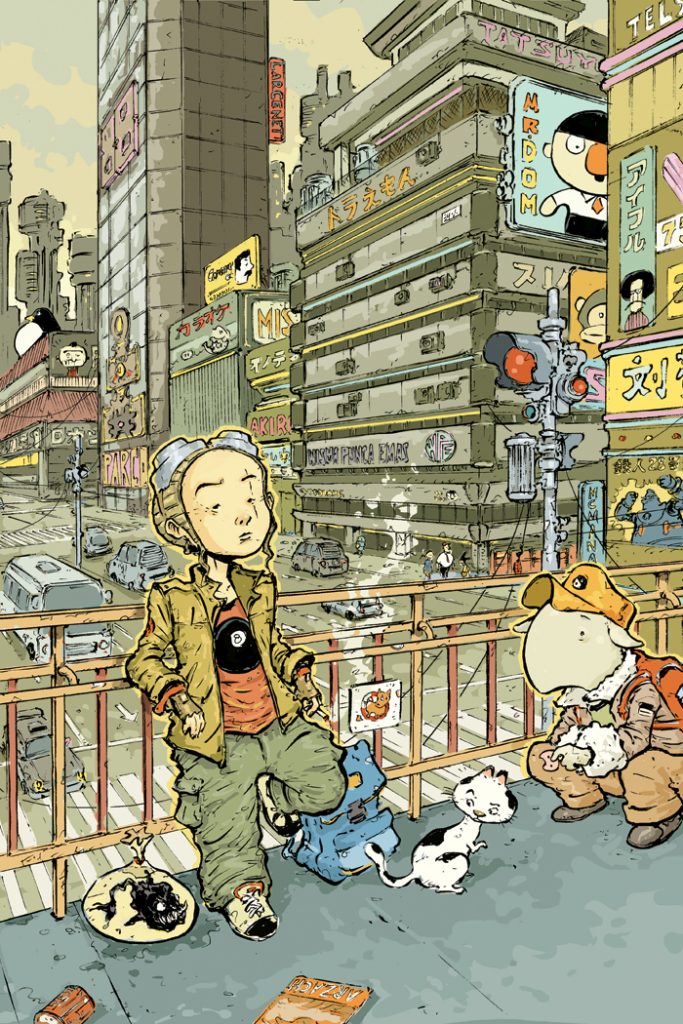 Mr Liew has also worked as an illustrator on many publications including Marvel’s “Marvel Universe Millennial Visions“ title and Flight Anthologies edited by Kazu Kibuishi, and was editor of Volumes 1 and 2 of the “Liquid City“ comics anthology from Image Comics.

2. He Was Born In Malaysia

While Mr Liew is a pink IC-holding Singaporean now, he was actually born in Seremban, Malaysia, and got his Singapore citizenship about 5 years ago.

He told The Straits Times that his mother is a Singaporean, and she brought him and his sister to live in Singapore when he was 5. However, he considers himself a “Causeway child”, as his father remained in Seremban. 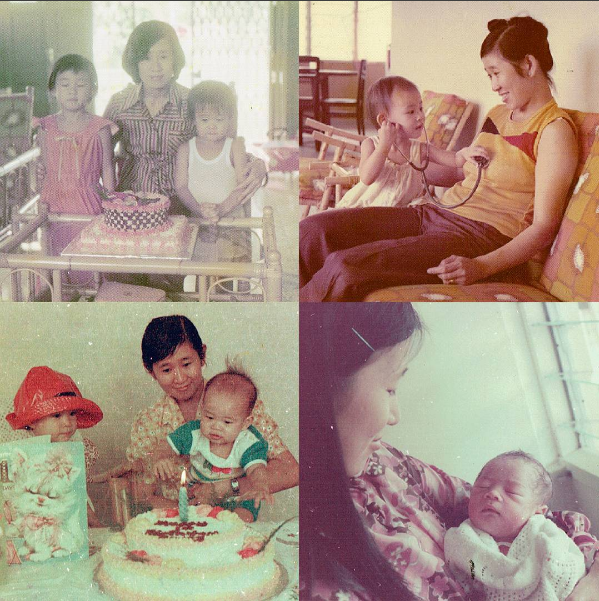 This also means that he did not do his national service in Singapore.

Though he was a permanent resident in Singapore, why did he wait till 5 years ago to convert to a citizen?

Apparently, it was due to politics again — he wanted to be more involved in the 2015 General Election, after he couldn’t do so as a PR in the 2011 election.

According to The Straits Times, Mr Liew is a vegetarian, and has been so since he was at Victoria Junior College.

We think that’s what keeps him looking so lean and mean at the age of 42. 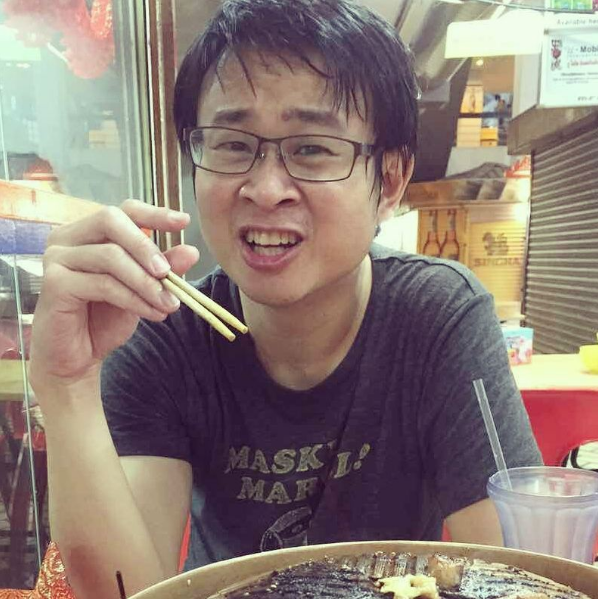 How did he end up becoming a vegetarian? He took a general paper class on animal rights in JC, and must have found out some of the cruel ways animals are farmed for their meat.

We don’t know about you, but the most we got from our general paper classes was forty winks. Leave it to the politically minded Mr Liew to take away a whole eating philosophy.

Though we don’t know what Prime Minister Lee Hsien Loong thinks of “The Art of Charlie Chan Hock Chye”, we do know that he knows of the book, knows that a cartoon version of his father Lee Kuan Yew is in the book, and even has a copy of the book.

How do we know? Because Mr Liew’s sister gave PM Lee a copy of it when they met at a tech industry event in San Francisco in February 2016.

My sis is involved with the tech industry in SF and gave this man a copy of #theartofcharliechanhockchye . Apparently his first response was “Oh I recognise that person” (LKY not CCHC :p)

Apparently, PM Lee even identified the cartoon version of his father in the book, saying: “Oh I recognise that person.”

5. His Girlfriend Is Also An Artist

For those of you who are interested in having an Eisner Award winner as a boyfriend, sorry girls, Mr Liew is taken.

So we did a little digging, and realised that all the photos taken of Mr Liew with his Eisner Award trophies that have been used by the media were taken by somebody named “Chan Shiuan”. 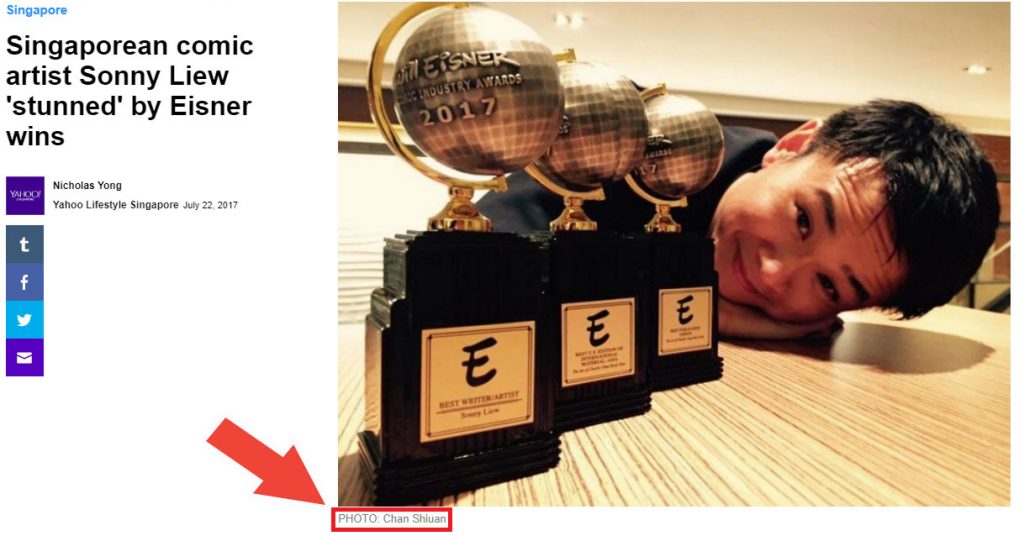 The fact that the photos were taken by this person on the same day that Mr Liew won his awards means that person is at the San Diego Comic Con with him — and must at least be a close friend.

There is one lady named Chan Shiuan who has been described by Singapore Contemporary Young Artists as a “cheeky artist” who has a day job as a flight attendant.

While she seems publicity-shy, one of her few photos shows that she does look good in a Singapore Airlines uniform. 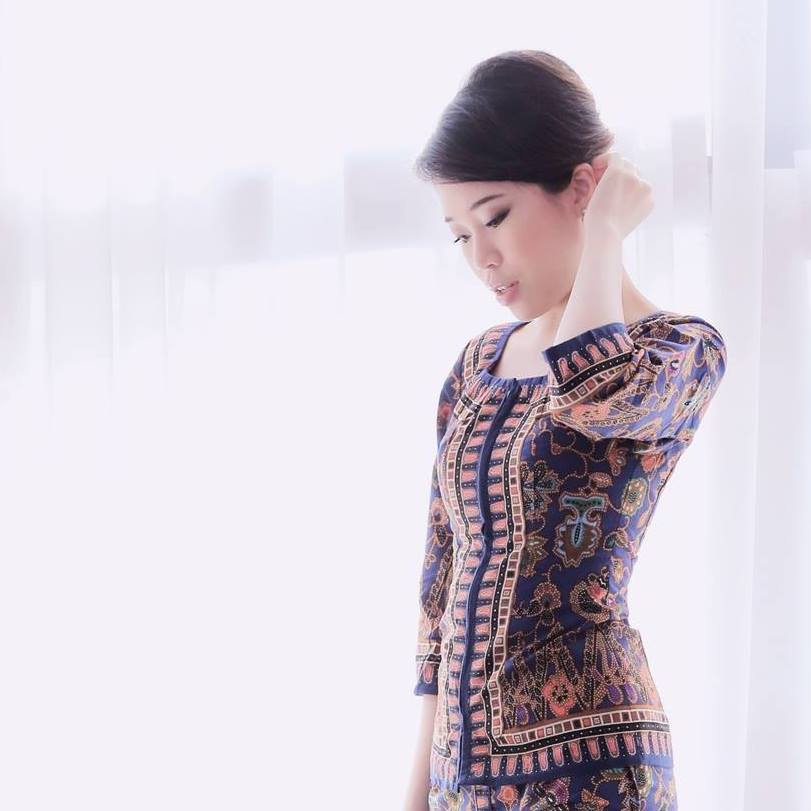 More digging shows that Mr Liew and Ms Chan set up a booth together at the 2015 Singapore Toy, Game and Comic Convention, where Ms Chan showcased her “Makan Series” of cosplay prints.

Unless Mr Liew has collaborated this closely with other female artists who also travelled with him to Comic Con, we think it’s likely that Ms Chan his main squeeze, and we can’t think of a more compatible couple. Wishing them all the best!

Putting Singapore On The Comic Map

We think it’s about time that Singapore becomes known for its award-winning artists too, and we’re glad Mr Liew is putting us on the map with his stunning Eisner wins.

We also hope it heralds a time where Singaporeans can flex their creative muscles more freely without being shut down by the authorities or people who just can’t accept alternative views.

Mr Liew’s next projects will be something about the role of Singaporean illustrators in the 1980s and 1990s, and a book about capitalism and neo-liberalism. We can’t wait!

Featured images from Facebook and The Orange County Register