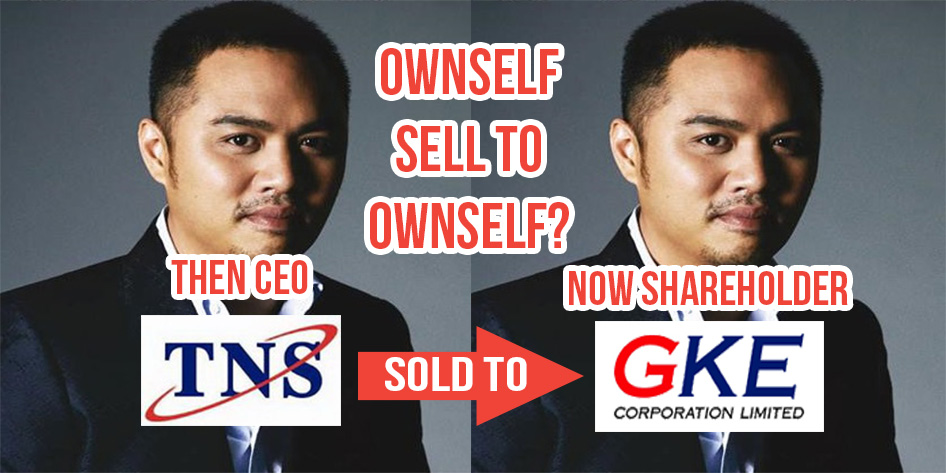 What stunned the nation most when Mr Spencer Tuppani was stabbed to death outside A Poke Theory cafe wasn’t the unfortunate naming of the location. It was the circumstances surrounding the murder — one could have easily mistaken it for a plot straight out of a Korean melodrama.

Mr Tuppani, 38, was killed at the hands of his father-in-law, who remained eerily at peace as he stood over his victim. Many netizens soon began to question the motives of the suspect Tan Nam Seng, 69 — why would a father want to make his daughter a widow? And what would possibly drive a man to such extremes that taking someone’s life becomes the only solution?

Central to the tragedy is TNS Ocean Lines, a company with a $100 million annual turnover that he sold for $9 million, then took up a share in the company that bought it.

MustShareNews takes a look at the story behind this gruesome murder.

On paper, Mr Tuppani appeared to be the model employee. Born to an Indian father and Chinese mother, he was appointed the CEO and director of transport solutions company Air Sea Consolidator (ASC) at the tender age of 24. His father-in-law later acquired ASC in 2006 and renamed it to TNS Ocean Lines before integrating its operations with his parent company, TNS Group Holdings — a company that Tan established in 1975.

With the financial backing of TNS, Mr Tuppani soon managed to stabilise TNS Ocean Lines and increased its annual turnover by a whopping 4,900% to $100 million by the end of 2014.

He even told August Man magazine in a 2014 interview that he sold “practically everything he owned”, according to The Straits Times, to keep his father-in-law’s firm afloat during the 2008 financial crisis. 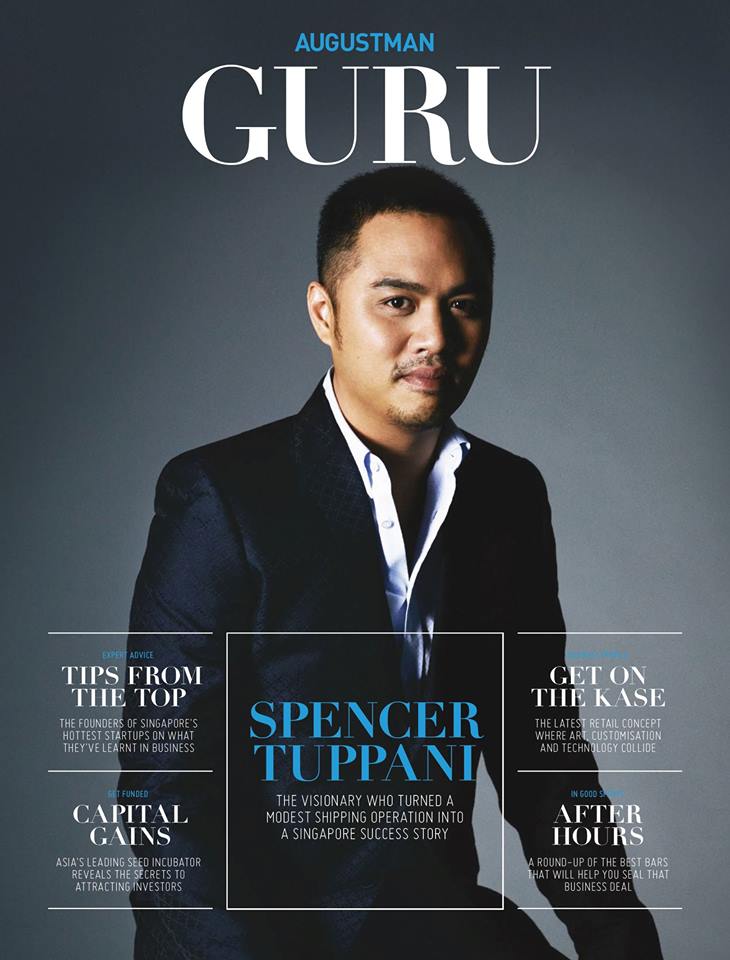 Besides his involvement with TNS, Mr Tuppani was listed as the director of seven other companies prior to his death. He also co-founded LaborMe, a peer-to-peer mobile application that helps users hire someone to complete everyday tasks.

Mr Tuppani’s neighbours at a private estate in Bedok South described him as a “very nice” man, reported The Straits Times, while his colleagues noted that his family seemed to get along harmoniously.

Things seemed to be going well for the Mr Tuppani family.

Well, on the surface, at least.

Behind closed doors, Mr Tuppani wanted out of his marriage, according to people who claimed to be his friends, reported Lianhe Zaobao.

His relationship with his wife soured in 2014, according to these friends, and he soon began to have an affair with an “attractive, older lady”. Mr Tuppani would pay for her rent and living expenses, and frequently take her out to dine at posh restaurants along Orchard Road.

His friends also tried to coax him out of making a potentially rash decision, but Mr Tuppani remained unmoved, choosing to make knowledge of his affair public instead.

Ironically, Ms Tan was courted by Mr Tuppani under similar circumstances after the latter divorced his first wife, according to the Shin Min Daily News in its print article on July 13.

The couple would later marry in 2004 and gave birth to 3 kids, now aged between 6 to 10 years old. Mr Tuppani also has a daughter from his previous marriage.

Perhaps Mr Tuppani’s failure to settle down could be attributed to his lifestyle.

Not satisfied with merely partying with his mates, the avid clubber invested in 2 “flower joints” along Kim Seng Road and Great World City, according to Lianhe Zaobao. 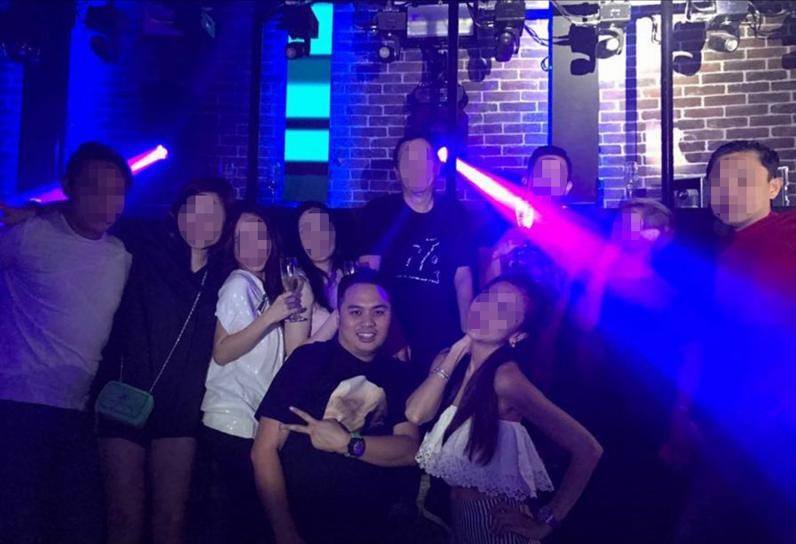 Men would pay at least $100 to buy garlands for one of the 30-plus hostesses in exchange for intimate companionship in one of these establishments, and business was reportedly brisk for awhile.

Mr Tuppani would later open a nightclub along Shenton Way as well, but an increasingly grim economic outlook meant all three properties were eventually shuttered.

In 2016, TNS Ocean Lines was acquired by logistics company GKE Corporation to the tune of $9 million.

Interestingly, Mr Tuppani was reported to be a shareholder of GKE, according to Deal Street Asia. He took on a 7.05% equity position in GKE after selling TNS to it, according to The Edge Singapore. Thus while Tan Nam Seng and his daughter was relieved of the company, at least Mr Tuppani himself was rewarded with a share in the company that bought it.

GKE was valued at $130 million as recently as February this year, amid talks of heavy Chinese investments.

Tan Nam Seng may have been furious about the acquisition and decided to confront Mr Tuppani about it.

He took notes on the latter’s daily schedule and noted that he frequented cafes along the Boon Tat area, reported Shin Min in a print article on July 11.

Tan then hid a 20cm knife in his bag before stalking his victim.

Mr Tuppani was having coffee with 3 friends at the Eden Garden café when his father-in-law abruptly showed up. When Tan wanted to discuss the sale of TNS Ocean Lines and his failing marriage, Mr Tuppani declined.

Little did he know his defiance would soon result in death. Tan whipped out his knife, stabbed Mr Tuppani 10 times in the chest, and chased him for over 100m before he collapsed outside A Poke Theory cafe.

Here’s a video from Lianhe Wanbao detailing the killing:

After Mr Tuppani collapse, Tan then calmly placed down his knife, took out his phone, and called his daughter.

I’ve been having a hard time sleeping at night, but now I finally killed Tuppani, I’m old and I’m not afraid of jail. What needs to be done has been done.

He was arrested by the police later, and calmly left with them. Here’s a video of the arrest:

Following the death of her husband, Ms Tan released a 74-word statement expressing her thoughts on the tragedy.

This is a double tragedy for the family. Our family has lost a loved one and my beloved father is facing a serious charge. You cannot imagine our immense grief, but please try to understand and let us have some peace.

Mr Tuppani’s mistress clearly didn’t get the message, arriving at the funeral the same time as Ms Tan. 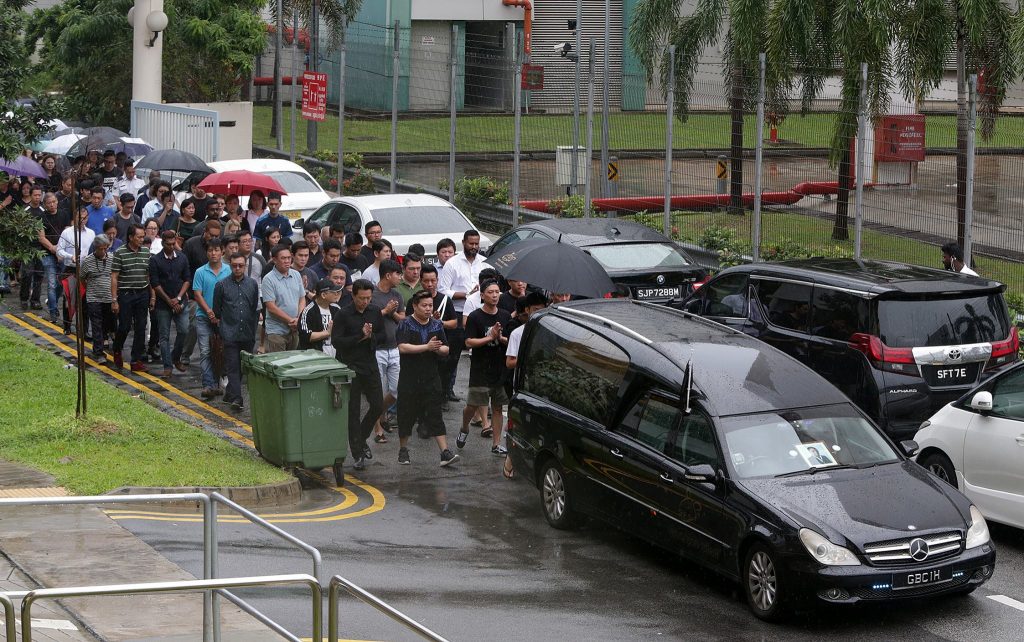 With the case revolving around Tan Nam Seng and his son-in-law thus far, it may come as a surprise that the Mr Tuppani’s wife has had her share of controversy in the past as well.

Ms Tan was found guilty of hiring “phantom workers” in a bid to artificially inflate TNS’ foreign worker quota back in 2009, according to a press release from the Ministry of Manpower. 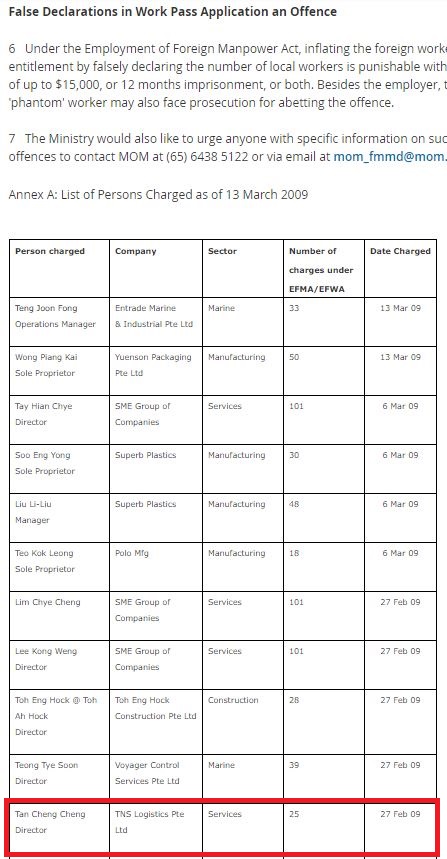 2009 was also the year she conceived her 8-year-old son, leading many to speculate that she was serving her 10-week jail term while pregnant.

While it’s apparent the family enjoyed immense success in their professional and personal lives, it appears their troubles have culminated into a tragic ending.

As the elder Tan hovers over a bloodied Mr Tuppani and instructing bypassers to let “the bad guy” die, one can’t help but think that when a family goes to war, everyone comes out the loser.