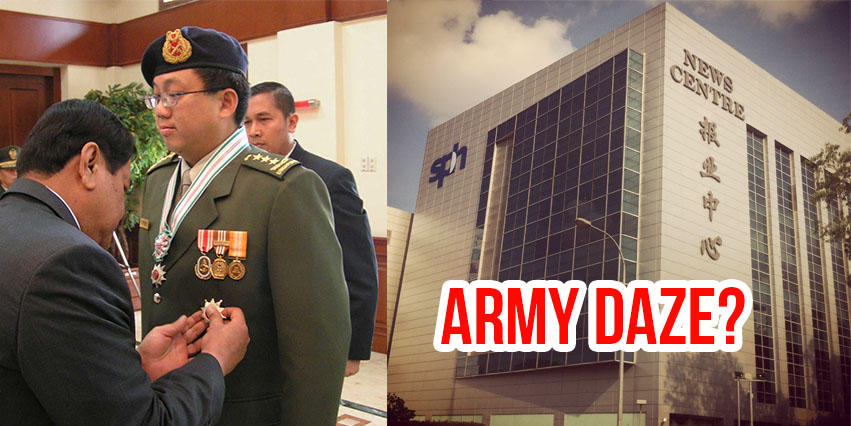 SPH Will Get A Former Army Man As CEO

Singapore Press Holdings (SPH) will get a new chief executive soon, and in line with many other similar appointments in the public service, it’s going to be someone who hails from the Singapore Armed Forces (SAF).

On Friday (May 26), The Straits Times announced that Mr Ng Yat Chung, 55, former chief of defence force, and former CEO of Neptune Orient Lines (NOL) will be the new CEO of SPH, and he will succeed current boss Alan Chan on Sept 1.

Why is this news interesting? Because after SPH’s media revenue has declined for 4 years straight, this may represent a fresh start for the company — or the final nail in the coffin.

Let’s examine who Mr Ng is, and why contrary to popular belief online, it may be the former rather than the latter.

Firstly, we must note that NOL is a Singapore-based global container shipping and logistics firm owned by Temasek Holdings, and Mr Ng served as its CEO for less than 5 years from Oct 2011 to June 2016, according to Bloomberg.

He was also the Chief of Defence Force of the Singapore Armed Forces. 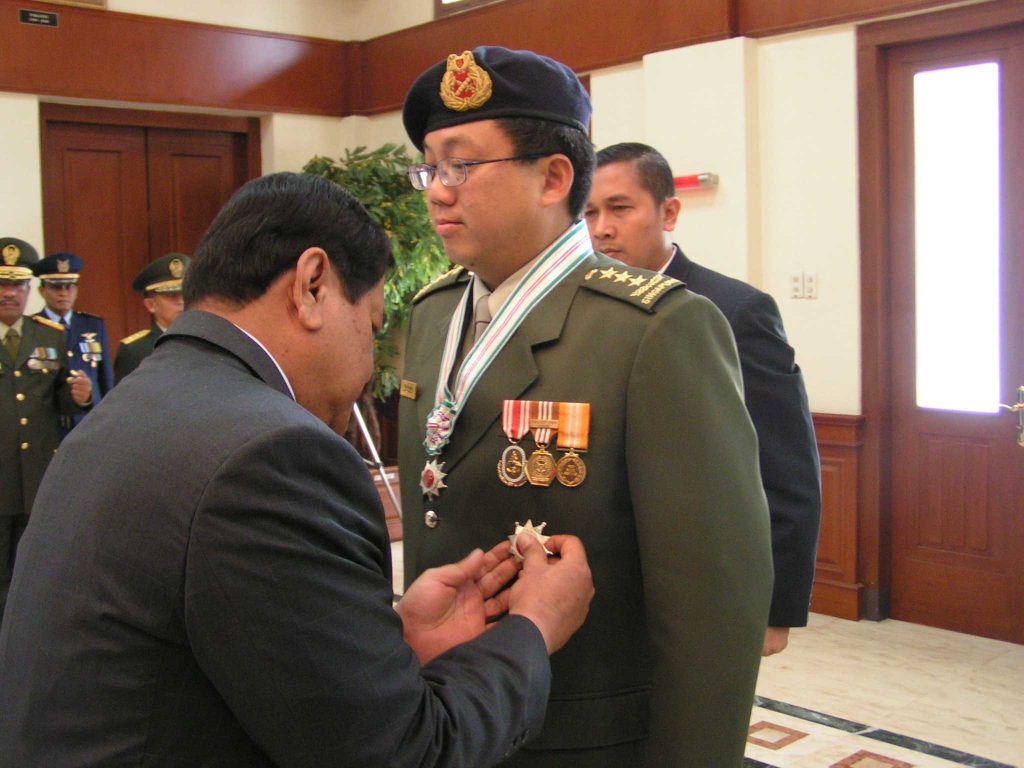 That track record would be impressive enough by itself, but of course, it doesn’t end there.

He was also acting president of APL Logistics and senior managing director of corporate development, portfolio management and systems at — Temasek Holdings.

Mr Ng’s academic record is impressive, too. He graduated from the University of Cambridge with a Bachelor’s with Honors in Engineering and Masters in Mathematics. He also has an MBA from Stanford University.

In addition, he was awarded one of the most prestigious SAF scholarships in Singapore — the SAF Overseas Scholarship.

He is currently a non-executive independent director at SPH, and that will change when he takes on the top job in September.

Mr Ng was in charge of NOL at the time, and most online commentators seem to accuse him being a poor CEO, thus leading Temasek Holdings to sell the iconic Singapore firm.

But it’s important to know what the shipping industry is like/has become, before making assumptions that the man didn’t do well in the job.

Here’s why everything isn’t as it may seem:

1. The Shipping Industry Is In The Dumps 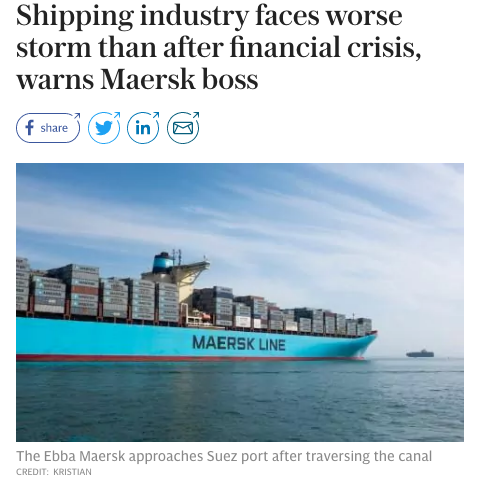 The shipping industry has been in a crisis for a long time, even till this day.

Global orders for new ships dropped 40 per cent in 2015, and 15 per cent more unwanted vessels were destroyed, due to a massive oversupply of ships as companies over-ordered a few years back, according to Bloomberg.

It was so bad that Hanjin Shipping, a global behemoth until recently, became bankrupt earlier this year.

It was this unfriendly climate that Mr Ng found himself in when he took over NOL. 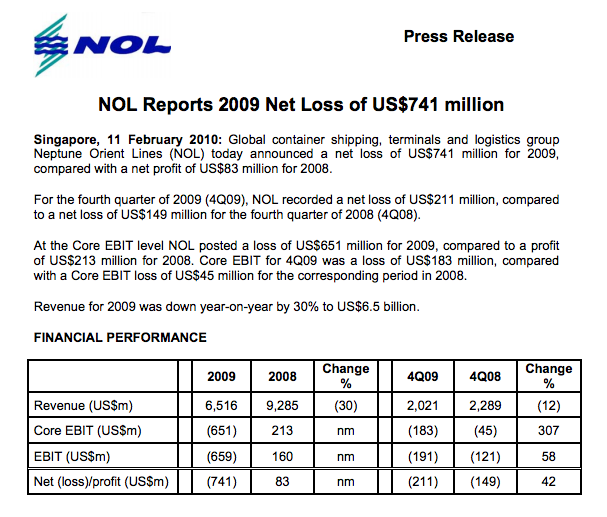 A 2009 report that was released by NOL reflected a net loss of US$741 million.

However, when Mr Ng became CEO in 2011, he managed to reduce its losses every year he was around.

As NOL’s losses were thus significantly reduced, it was able to be sold even amid the dire state of the shipping industry, providing Temasek Holdings with an “exit”.

The acquisition of NOL by French CMA CGM was the largest in the French company’s history.

The fact that Mr Ng has no journalistic background and may not know the first thing about running a newspaper may be considered as a point against him.

But that may also be a good thing — while someone who is a veteran in the industry may be preferred when it actually comes to running the newspaper business, it could come with complications.

As Mr Ng is an external figure, it also means he less inclined to be burdened with implementing cost-cutting measures — something he has proven to be capable of during his tenure at NOL.

Also, Mr Ng has an able deputy to assist him with the actual running of the papers — Mr Anthony Tan, 44, who as deputy will take charge of both the English, Malay and Tamil media group and the Chinese media group.

And it’s worth nothing that no one has ever been given consolidated control of all news divisions in the history of SPH — until now.

Mr Ng has a tough job on his hands to turn the company around — will he do it?

SPH has been underperforming under its old management, and Mr Lim Der Shing, co-founder of JobsCentral, has the numbers to prove it. 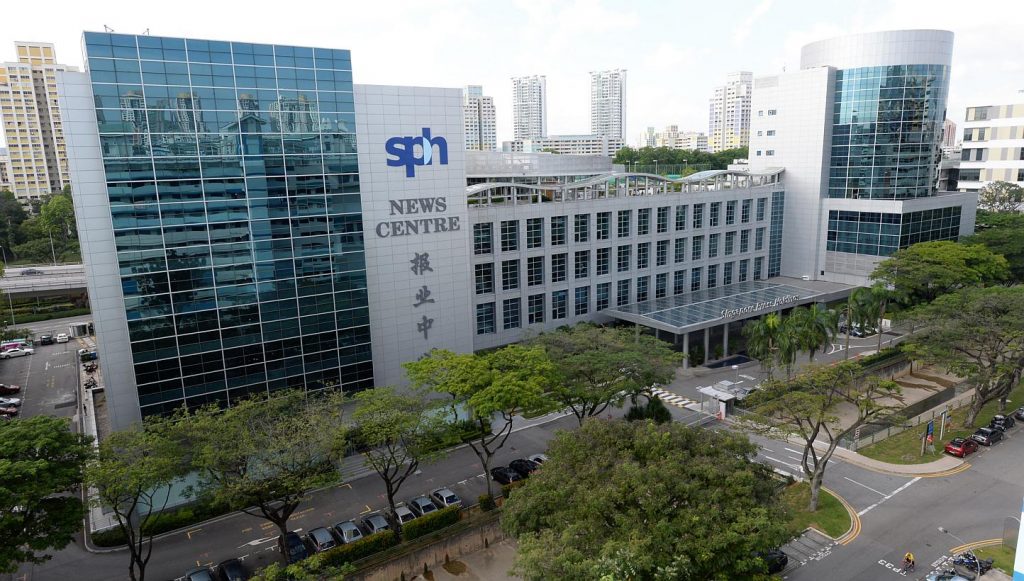 The data spans from 2002 to May 2017, with numbers calculated against GDP growth, the STI index and advertising costs.

Here’s what he found.

GDP increased approximately 230% between 2002 to 2016, which shows that SPH failed to keep within its advertising revenue quota by a large scale.

Lastly, advertising expenditure grew about 50% from $1.5 billion to $2.3 billion approximately; a 53% increase.

Thus, Mr Lim concluded that SPH had underperformed under the old management.

It’s easy for us to drop comments on the Internet without doing prior research on a matter that we already have strong opinions about.

But in this instance, we shouldn’t judge Mr Ng negatively just yet — he could turn things around for SPH.