Must Share News – Independent News For Singaporeans
Home Current Affairs Why Was The Sports Hub Rejected As NDP Host? 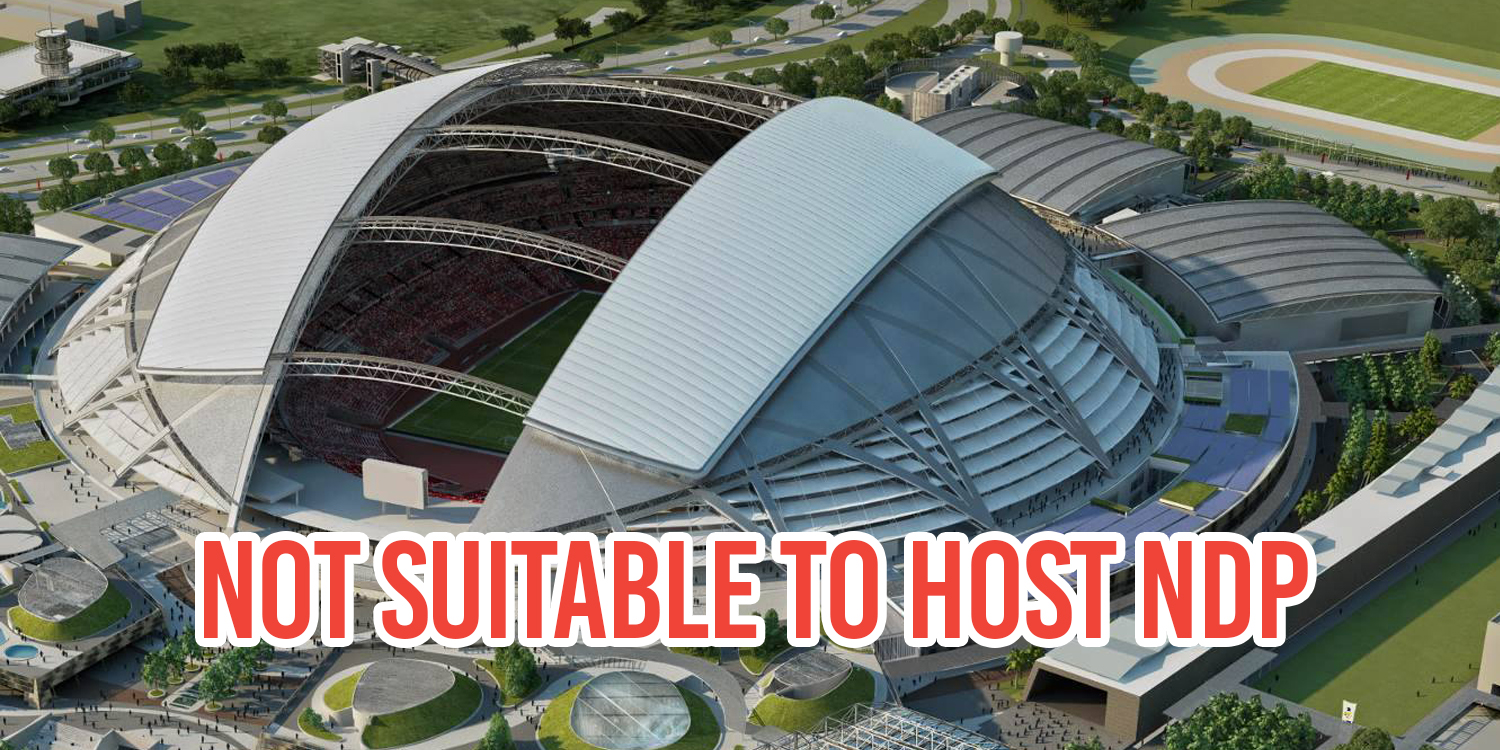 NS Square To Take Over As Primary Venue For NDP

On Monday (Oct 30) Prime Minister Lee Hsien Loong announced that the NS Square – formerly known as the Marina Bay Floating Platform – would be taking over the Singapore Sports Hub as the primary venue for Singapore’s National Day Parade (NDP).

Originally intended as a temporary location after the former National Stadium closed for renovations in 2007, the floating platform has played host to the annual celebration 8 times since then.

Compared to the newly-renovated Sports Hub’s measly 1 time in 2016 – which earned mixed reviews from attendees – before reverting back to NS Square the following year.

So what went wrong with the new venue? There was air-conditioning, unique 3D structures for better storytelling, and even a flying unicorn.

Well loyal readers, that isn’t a theoretical question. And we indeed have the answers.

The 2016 NDP was the first time where the SAF Parachute Team didn’t perform their signature free-falling display, due to safety concerns parachuting through the retractable roof of the Sports Hub.

They were also forced to pull out during the 2013 and 2015 NDP, but that was due to poor weather conditions instead. 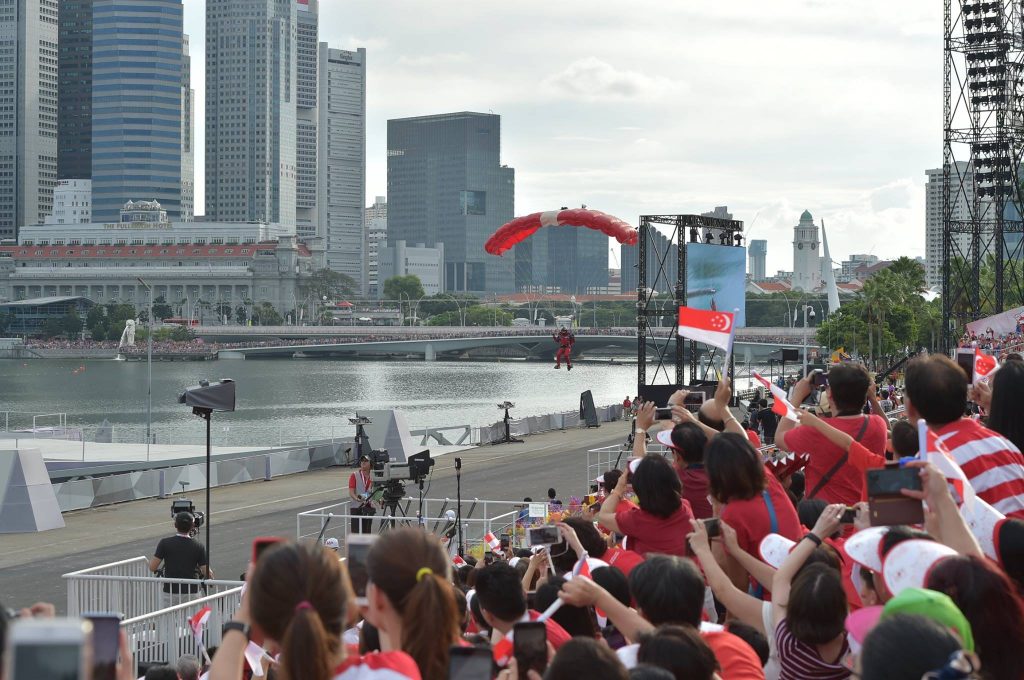 Better known as the Red Lions, the six-man team is a perennial crowd favourite that many look forward to each year.

Undergraduate Angelia Tan had the following to say to TODAY Online following the 2016 NDP:

The Padang was definitely better. It had the Red Lions parachuting in…

Then again, as well trained as the Lions are, parachuting through this looks like an absolute nightmare.

2. Stadium was not built to support heavy armoured mobile columns

Similarly, the mobile column showcasing the convoy of military vehicles was also absent from the show. This was because the tracks and road located in the Sports Hub weren’t well suited for the armoured vehicles.

Even during the 2015 NDP, cracks were formed on the floor as a result of the mobile column which required resurfacing afterwards.

Still, it’s surprising how the stadium wasn’t built with tracks capable of supporting armoured vehicles — some of which exceeds 70 tons. 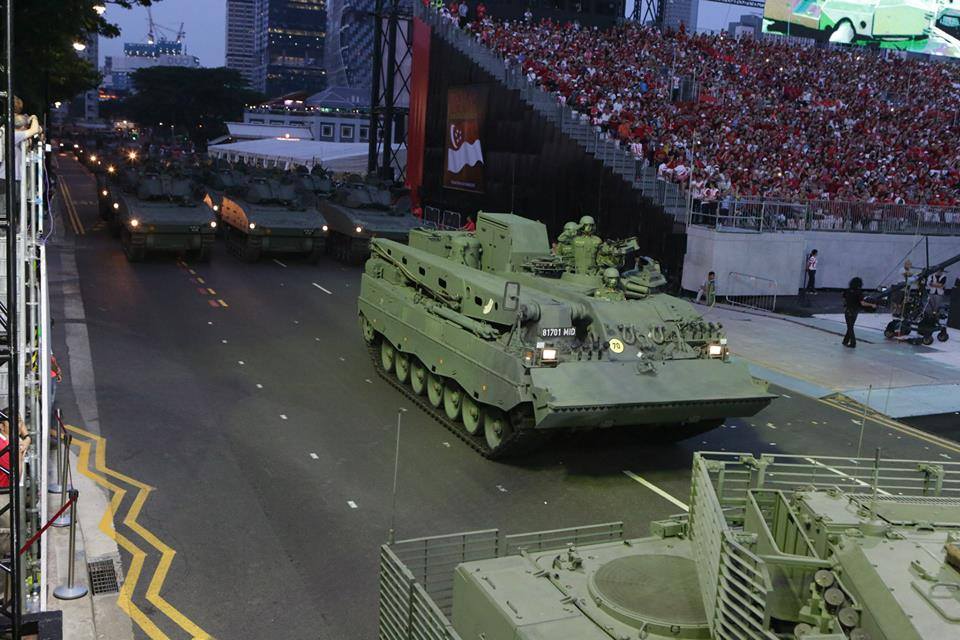 Does this mean that the Sports Hub was never built to be catered to the NDP?

Another staple of the NDP is when the State Flag is flown across while being accompanied by jets and various other aircraft from the Republic of Singapore Air Force.

Making its debut in 1970, the segment commences only after the President has arrived and a full salute has been called. Except during the 2016 parade, many were unable to even catch glimpses of the flypast due to the roof.

Which was a hilarious oversight.

4. Can’t see the fireworks as well

Speaking of obstructed views and staple features, one of the most glaring downsides to holding the NDP at the Sports Hub is the obstruction of its signature fireworks display — which was usually the climax of the parade.

Culminating in a Grand Finale, the much anticipated display is usually accompanied by the theme song of the year’s parade — where many sing along in conjunction. 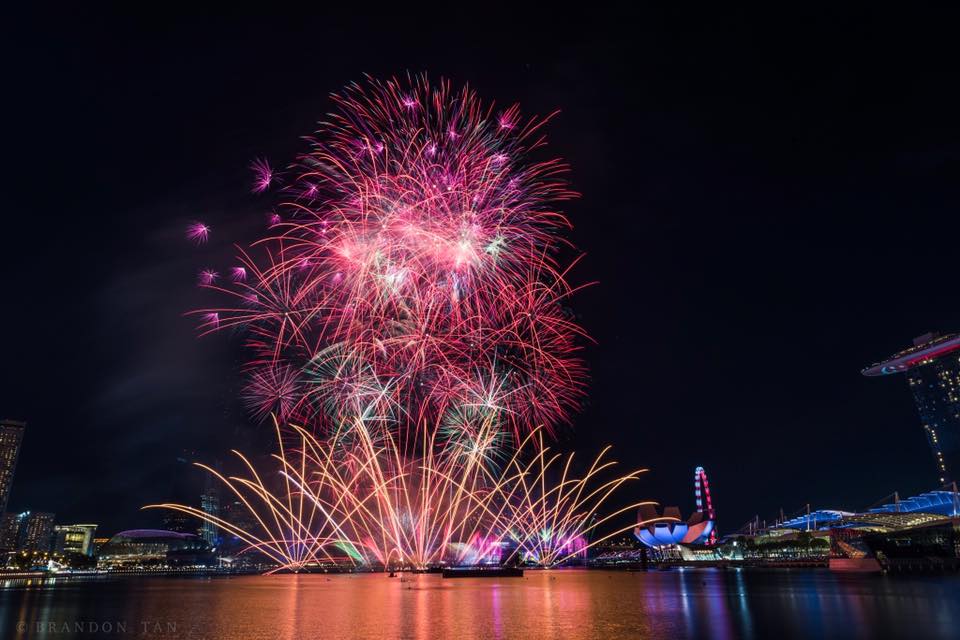 While the audience was treated to a never-before-seen indoor fireworks display, many were seen leaving before the show ended to make their way to the waterfront promenade next to the stadium to catch the fireworks outside. Arguably its most popular segment, many felt the 2016 edition was a letdown because of that.

Marketing executive Wong Zhiwei expressed his disappointment to TODAY Online with the following:

I still miss the ambience of the floating platform venue. Sure there were some nice effects at this year’s show, but seeing the tanks, flypast and fireworks at the Padang area was exciting.

And you can’t replace that.

5. Sport Hub is too expensive to rent

Perhaps the most important factor, however, was the cost of renting the stadium for rehearsals.

Initially heralded as a shining example of a Public-Private Partnership, the high cost of rental resulted in an exorbitant increase in cost for the 2016 NDP. As stipulated in the contract between the Sports Hub and Singapore Government, NDP organisers were allowed 45 days of free annual usage of the venue. However, technicians and performers reported that it wasn’t sufficient, and that an additional 35 days was required — to which the Sports Hub asked $26 million for.

They eventually settled for $10 million.

This brought the total cost of running the event to a whopping $39.4 million, the 2nd most expensive behind SG50’s Golden Jubilee which cost $40.5 million. This amount far surpasses the usual budget of between $17 million to $20 million.

In comparison, the Marina Bay Floating Platform cost $700,000 for usage. 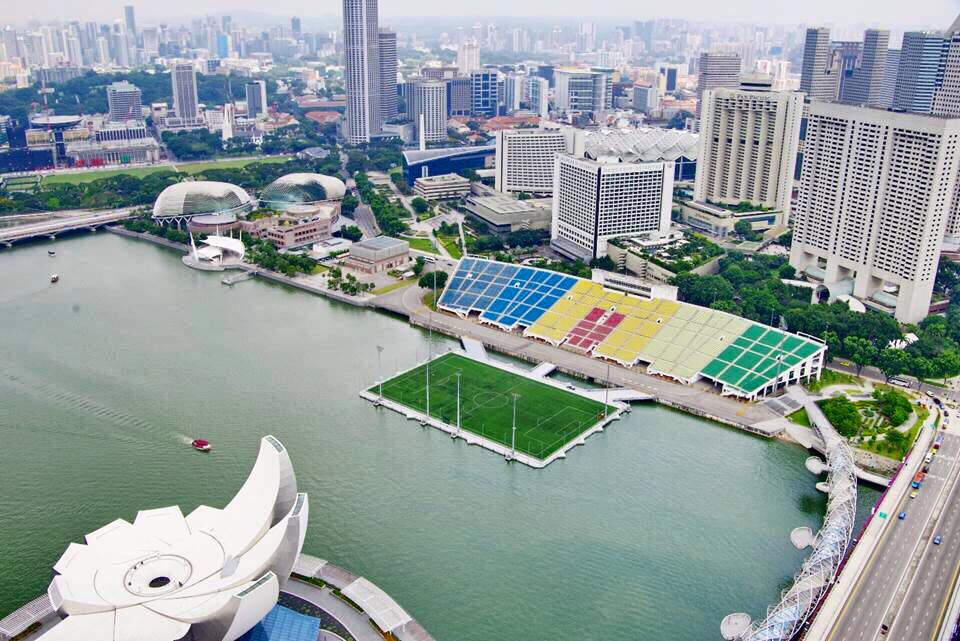 More information on the costs of previous NDPs can be found here.

Never built to be just for the NDP

Seems like the Sports Hub was never built with the sole purpose of hosting the NDP.

After all, it has seen its fair share share of international sporting events – which arguably draws more money and eyes on Singapore anyway – such as the Barclays Asia Trophy tournament since its opening.

Suggesting that it be designed to produce the best NDP experience kinda seems unfair if you think about it. However, the question of whether it has lived up to the hype of being Singapore’s crown jewel of sports and the go-to venue for entertainment acts remain to be answered.

What do you think of the Singapore Sports Hub? Singapore’s next big thing or a commercial failure? Let us know in the comments below.