On Monday (23 Jul), you might have come across The Straits Times (ST)’s review of a concert by the Singapore Symphony Orchestra (SSO). But because it’s a premium article, you might have missed it altogether.

In case you did, here’s a quick introduction:

But in doing so, Dr Rochester dissed at least 60 choral groups from around the world. He wrote:

In another part of Singapore this weekend, an International Choral Festival was taking place, but I doubt if any of those choirs exhibited the discipline, richness of tone and sheer professionalism of this 95-strong body of singers.

The 95-strong body of singers he was referring to were the Singapore Symphony Chorus and Youth and Children’s choirs, which performed with SSO.

Citing the experience of these groups, one reader criticised Dr Rochester for brushing them off without even attending the Festival. In a Facebook post, Mr Albert Yeo said,

1,614 people … can attest to the incredibly high standards of choral artistry by choirs (present).

As an ST reviewer, you have a responsibility to all Singaporeans and to all musicians.

His post, which has been shared more than 200 times, attracted similar comments.

The reviewer in question

Dr Rochester isn’t new to music journalism or the classical music scene. His LinkedIn profile shows that the man’s been in the scene for more than 2 decades, putting together an ST review every few months.

Given his vast experience – and side gig as a university lecturer – you’d expect him to be a little more objective. It might have been an oversight on his part, but it’s interesting that ST went ahead with the review, since it prefers to be inoffensive with its opinions on just about anything else.

MustShareNews has reached out to Dr Rochester to comment on the criticism. 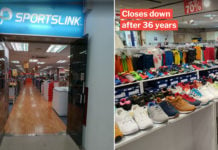