Must Share News – Independent News For Singaporeans
Home News Latest News StandChart Bank Robber Doesn’t Want To Be Extradited To Singapore, But Is... 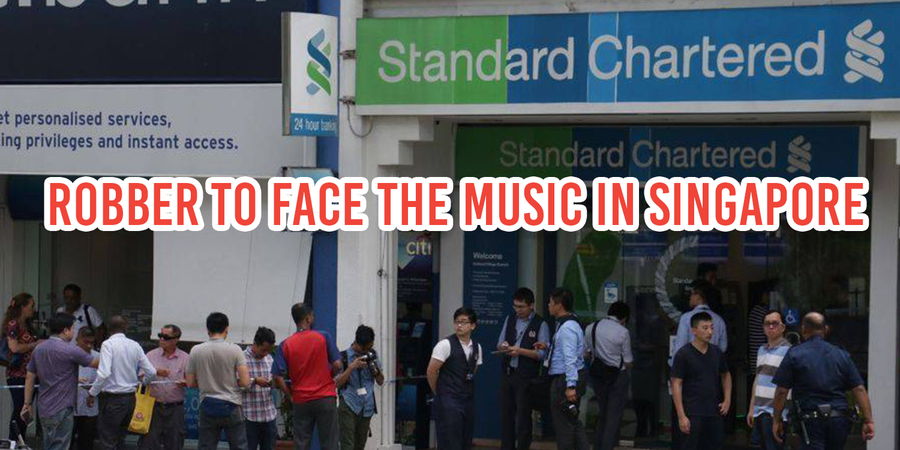 Remember the incident of the Canadian national that walked right into Standard Chartered, slipped the bank teller a threatening note, and walked out with $30,000 worth of cash?

Well, he was arrested in London on Monday (19 Jan), almost two years after the robbery. And now, the Standard Chartered robber doesn’t want to be extradited to Singapore for his crime. Hah!

David James Roach managed to get his hands on thousands of dollars, before jumping on a flight to Thailand in an attempt to escape.

What really went down

In July 2016, Roach walked into the Standard Chartered Bank at Holland Village and gave a bank teller a note that read,

This is a robbery, I have a weapon, give me money, don’t call police.

Laughable, really. But somehow it worked, and he wandered out of there, $30,000 richer.

This guy was so confident in the success of his crime that he even had time to stop by a bakery immediately after to have a strawberry lamington.

From there, he got on a flight the same day to Thailand, in an attempt to escape.

Thailand refused to send him back

The Thai authorities took 2 days to locate him, and when they eventually did, he was not arrested on charges of robbery.

Instead, the Thai authorities detained him for crimes related to the Singapore robbery, such as violating Thailand’s money laundering and customs laws.’

He was later sentenced to 14 months in jail for smuggling the money he stole into Thailand.

Even though Singapore made a request to Thailand to have him extradited, the Attorney-General’s Office in Bangkok rejected this request.

Bringing him to justice

The law is the law, after all.

Even though Thailand was unable to secure Roach’s return to Singapore, the dude got unlucky anyways, and he’ll be heading back to our shores soon to bear the consequences of his crime. 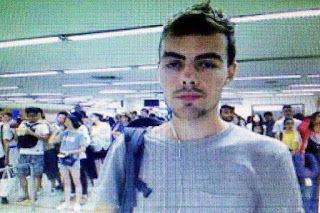 After serving his 14 months in Thailand, the authorities were in the process of deporting him to Canada, when he was arrested in London, while in transit.

That’s because luckily enough, Singapore does have a extradition agreement with the United Kingdom.

Extradition agreements that Singapore has

An extradition agreement is an agreement between two countries, on the transfer of a guilty party from one country to another country, to place the accused on trial.

So in this case, if Singapore and Thailand had an extradition agreement, Thailand would have happily sent Roach back to Singapore to face the music.

According to Law Senior Minister of State Indranee Rajah, Singapore has bilateral extradition treaties with USA, Hong Kong, and Germany.

Beyond that, Singapore also has specific extradition agreements with 40 Commonwealth countries, including Canada, where the accused is from.

There are other multilateral instruments that Singapore is party to, like the International Convention against the Taking of Hostages.

These arrangements help criminals from fleeing Singapore, and allows them to be charged in court.

What’s next for Roach

Extradition proceedings to have him returned to Singapore are already in progress.

Not like Singapore’s already been having a hard time getting him back here, but now he plans on contesting the extradition in the UK, too.

Singapore officially only has until 22 Feb to lodge their extradition papers. Roach’s next hearing is on 15 Feb, which will probably determine whether or not he’ll get sent back to Singapore.

At the end of the day, be it in Singapore or Canada, justice must be served.

What Roach did should not be taken lightly, and Singapore’s efforts to bring him back has not gone unnoticed.

Hopefully, he’ll be made to pay his dues soon enough.