Adrian and Adeline are two completely nondescript Singaporeans who just happened to be massive fans of the most awesome film series ever, Star Wars.

They also happened to be getting married. What better way to celebrate their marriage than to weave their love for Star Wars with their love for each other?

Local photographer Mezame Shashin-ka, founder and creative director of The Art of Mezame, jumped at the chance to fulfill their dream, faster than you can say “These aren’t the droids you’re looking for”. 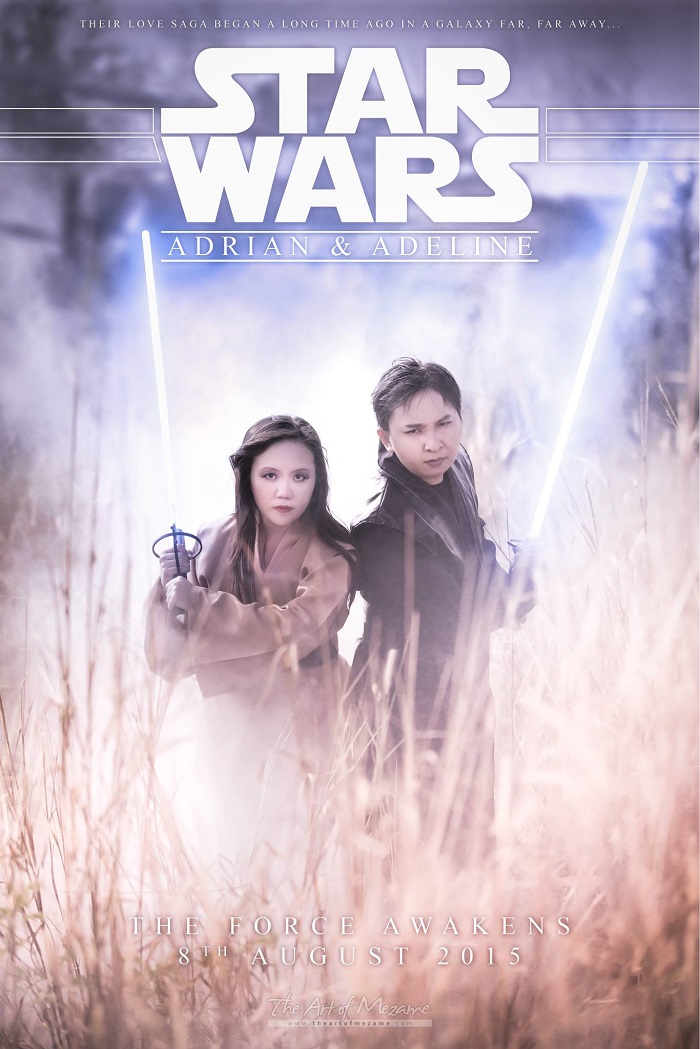 A Star Wars themed pre-wedding photoshoot was planned, and the dedicated crew did not let bad weather prevent them from getting all the shots in just one day.

What happened next was completely unexpected.

“We didn’t expect [geek websites] io9 or Geektyrant to pick this up,” says Mezame in an email interview with MustShareNews.com.

That’s right. Adrian and Adeline’s Star Wars-inspired photoshoot is making the rounds of the internet, and surprising just about everyone involved. Jar Jar included.

While Mezame and the couple had a discussion about the possibility of the pictures going viral,

“All thoughts of that were pushed to the back as we strived to make this shoot an epic.”

AKA, all they wanted to do was create something truly memorable for the happy couple. 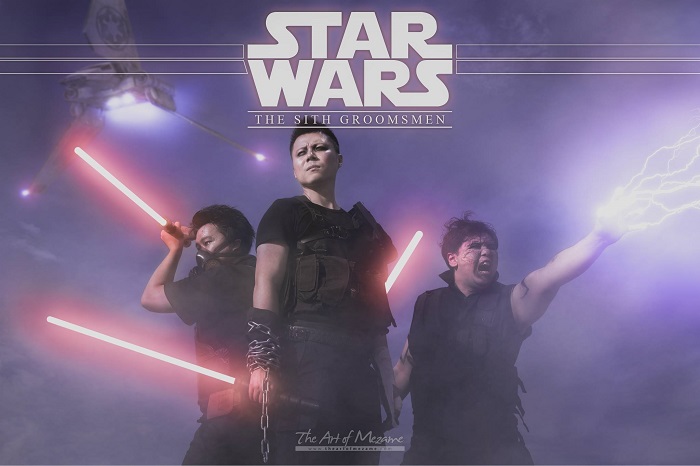 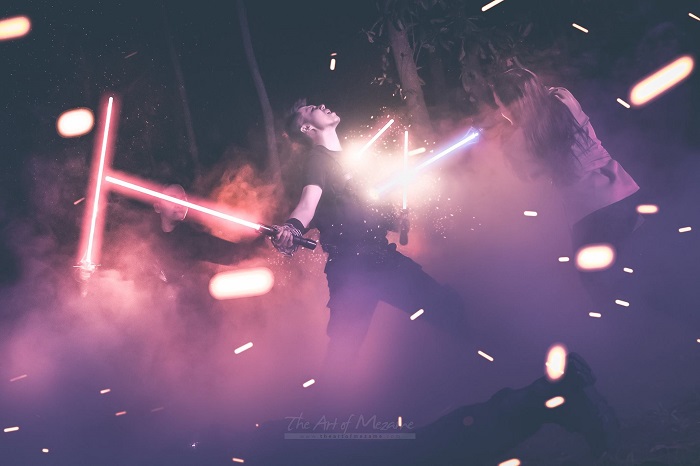 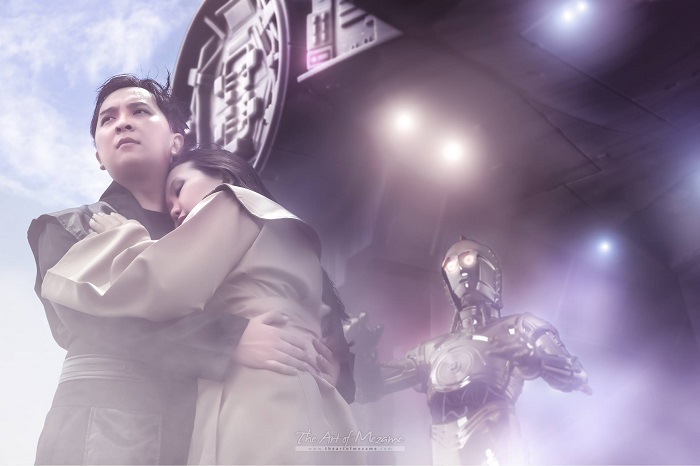 Judging from the amazing result, I’d say the happy couple just got happier than the Rebel Alliance was when Luke destroyed the Death Star.

Check out the rest of the album via Facebook here.

Not their first themed photoshoot

The Art of Mezame has some experience in putting their clients into the shoes of their favourite heroes. Previous projects include Star-Lord from Guardians of the Galaxy, and Altaria from video game Assassin’s Creed.

Mezame hopes that the success of this photoshoot helps inspire other Singaporeans to pursue their passion, and sends the message that “anything is possible as long as we just go on ahead with something and just do it”.

May the Force always be with you, Mezame.

Featured image via The Art of Mezame