On 15th January 2014, K-POP Contest finalist Stephanie Koh uploaded a video stating why she wasn’t proud to be Singaporean. She cited various reasons such as the education system and how it’s hard to succeed in a culture so pre-dominantly focused on excelling in traditional career paths.

You would expect such a rant to be torn to shreds quickly by Singaporeans. But not this time. Stephanie wasn’t just some random angsty youtuber – she had 171,000+ subscribers on her channel. Her video attracted over 1.7 million views, and a youtube like/dislike ratio of 37,261 likes to 6,976 likes – indicating that most of the people in the video has positive sentiments about the video.

The video does not allow embedding, so you have to watch the full video over here.

Update: In June 2014, Stephanie was back with another similarly positively received rant, this time advocating Gay Rights in Singapore. You can view the video here. 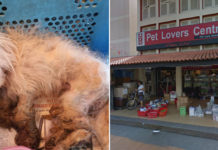