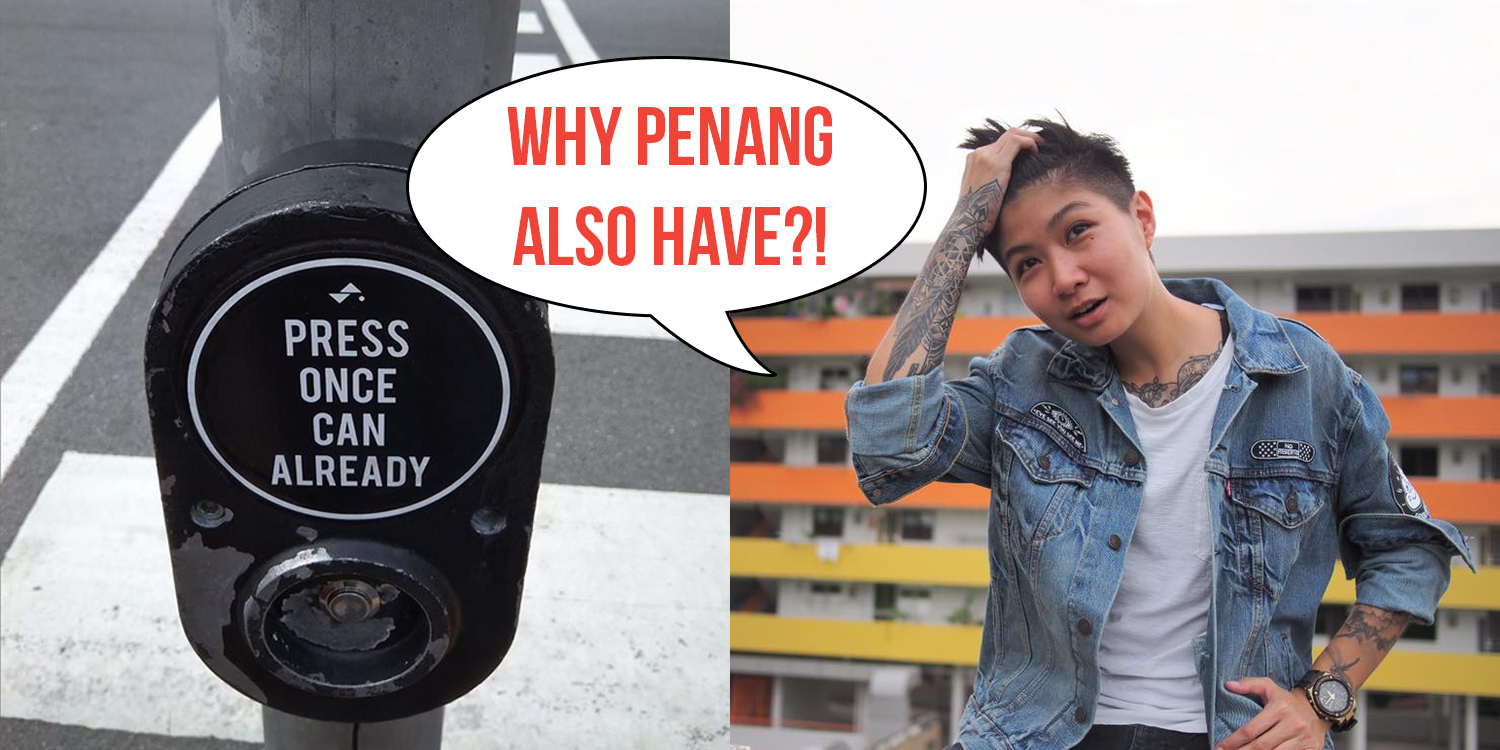 “Sticker Lady” Controversy Is Back, But This Time In Malaysia

Remember back in 2012 when a woman made headlines for vandalising public property? It’s happening again, only this time in Malaysia.

Education and language training freelancer Lucille Dass recently posted a picture of something that caught her eye on her Facebook profile.

While crossing at a traffic light along Light Street in Penang, she saw a sight that would be familiar to Singaporeans who followed the “sticker lady” case: Miss Dass’ post decried the use of “Manglish” (i.e. Malaysian English) on the sticker, something that she thought would resonate with fellow teachers.

It reignited a debate on the usage of “Manglish”, and she was quoted by The Star as saying:

There’s definitely a place for Manglish.

It’s so much part of our culture and a bonding factor, but as I always tell teachers, the classroom is not the place for Manglish because teachers are role models.

However, the sticker also inevitably attracted the attention of Malaysian officials, reported The Star.

Penang Island City Council Infrastructure and Traffic Committee alternate chairman Muhammad Bakhtiar Wan Chik said the sticking of the sticker on the traffic light was an act of vandalism.

He also said the sticker was removed on the same day.

Singapore and Malaysia may be different countries, but looks like their officials are similar in this regard: They just can’t appreciate a bit of unsanctioned street art.

Which brings us to the similar incident in Singapore in 2012.

The sticker is one of the many creations by the artist dubbed as the “Sticker Lady”. Her actual name is Samantha Lo, who is better known by her moniker SKL0. 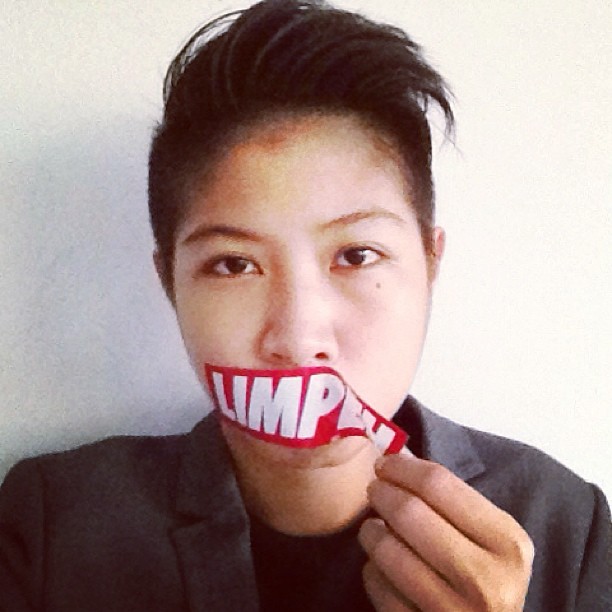 If you look closely, you would be able to see her logo near the top of the sticker.

SKL0 jumped into the public eye in 2012 after pasting several stickers onto traffic light buttons in Singapore with taglines including “Press Until Shiok” and “Don’t Itchy Hand”. 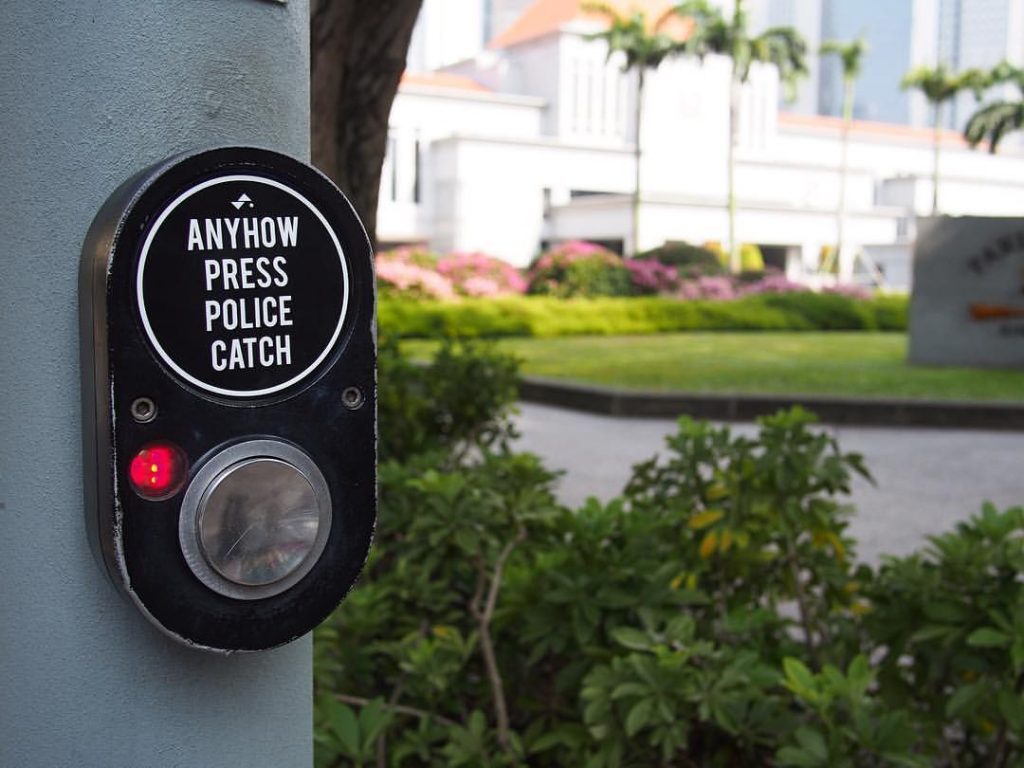 She also spray painted “My Grandfather Road” on Maxwell Road and Robinson Road. She was eventually arrested for vandalism, prompting a petition by thousands calling for her release.

The police reaction to her activities sparked a wave of outrage and a debate on art versus vandalism.

Among the 15,000 supporters was Stephanie Choy, who created a Facebook page asking for additional support as she was upset by how things had turned out.

“I am not happy by the constant censorship of art in Singapore,” Ms Choy said in an article by Yahoo News.

A week-long poll of 7,561 people conducted by Yahoo News revealed that 46% of respondents felt SKL0’s works on public spaces were examples of creative street art while 39% applauded her intentions but felt that she did it in the wrong way

The remaining 15% believed SKL0 to have vandalised and damaged public property.

She was eventually sentenced to 240 hours of community service.

Where Is She Now? 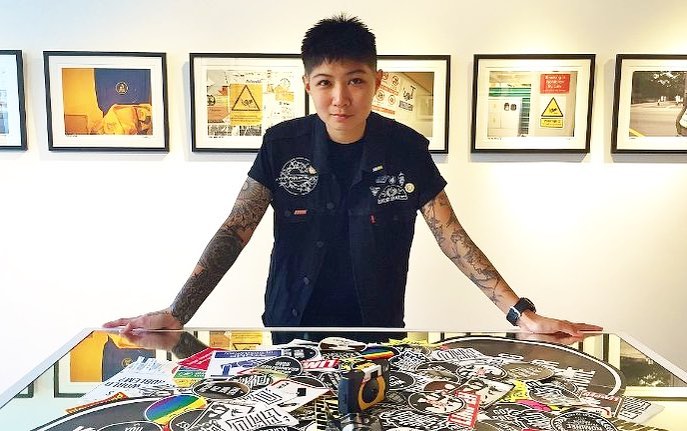 After the “Sticker Lady saga”, SKL0 has since gone on to find success as a street artist.

Her portfolio includes holding solo exhibitions of her paintings of the late Mr Lee Kuan Yew and “Greetings From Singapore”, which was featured at One East Asia gallery, 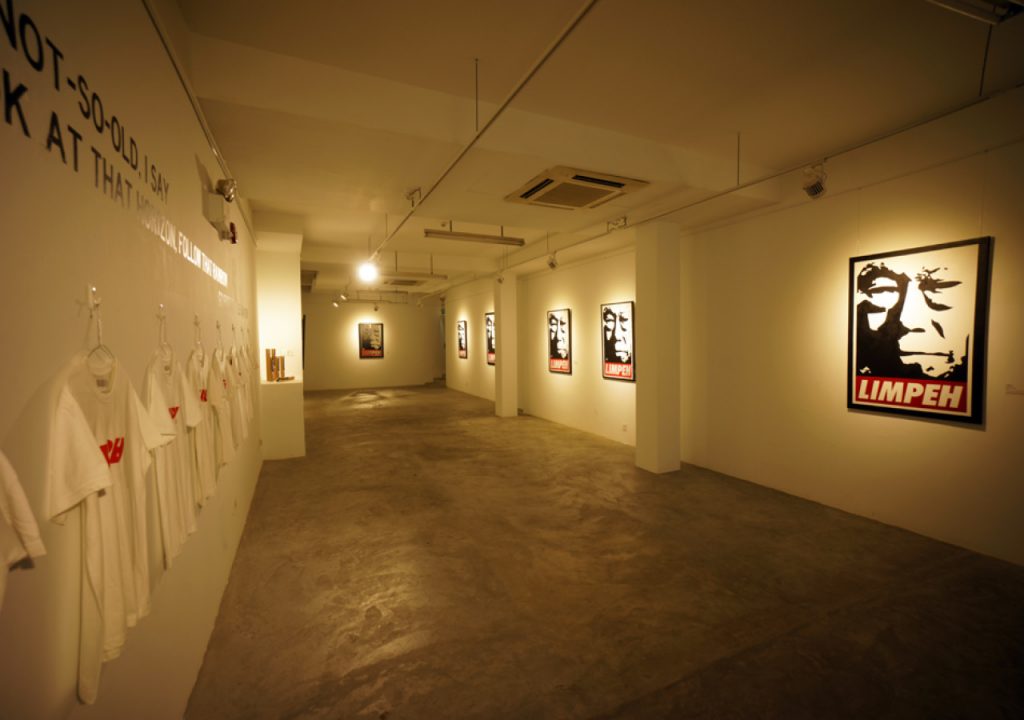 She has also published a book featuring stickers from her “traffic light series” as well as various other newer designs. 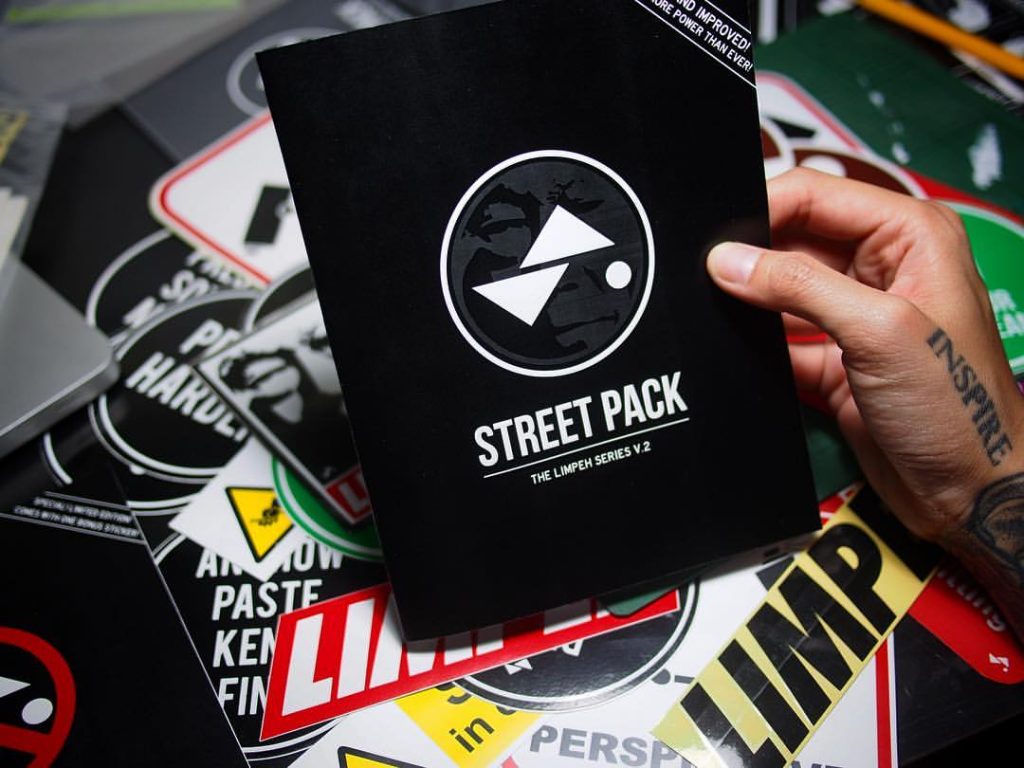 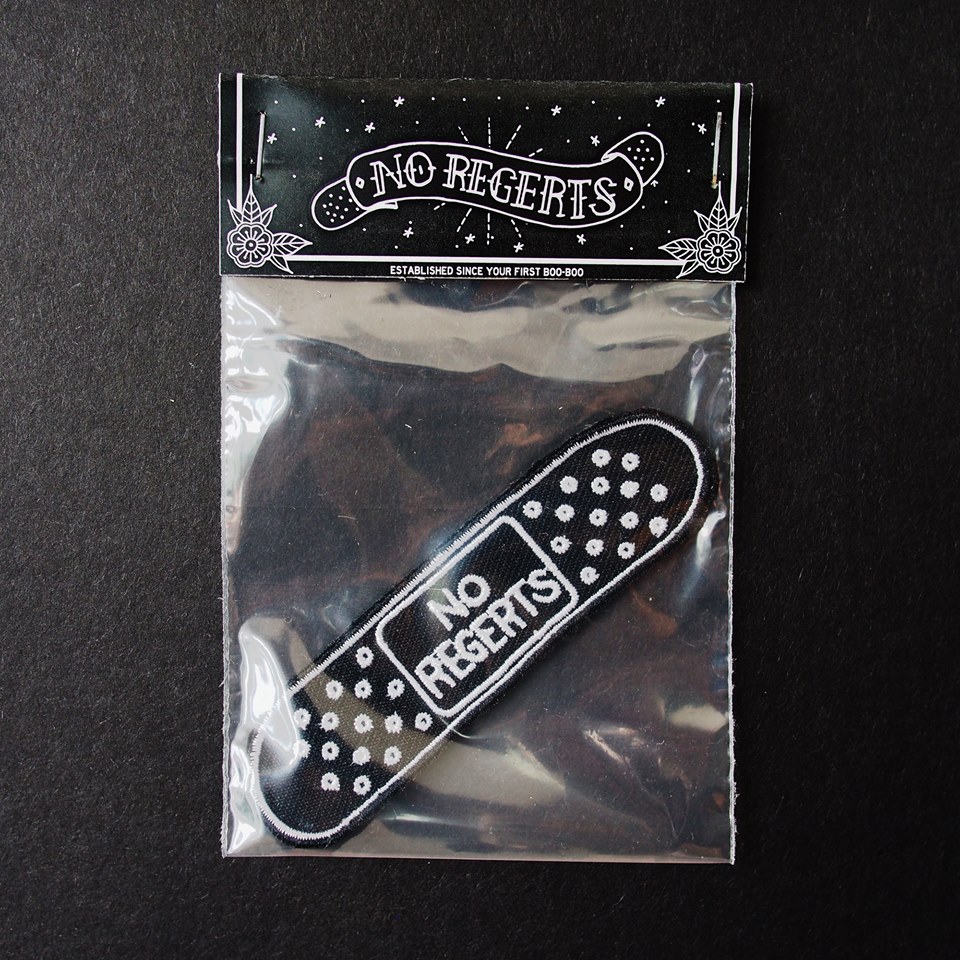 The line, which references badly-done tattoos, currently includes patches and pins, with further plans to include lifestyle products soon.

Check out more of her work on her official website.

Perhaps her most satisfying piece of work, however, took place last November when she and her crew chalked the words “My Grandfather Road” along Circular Road. 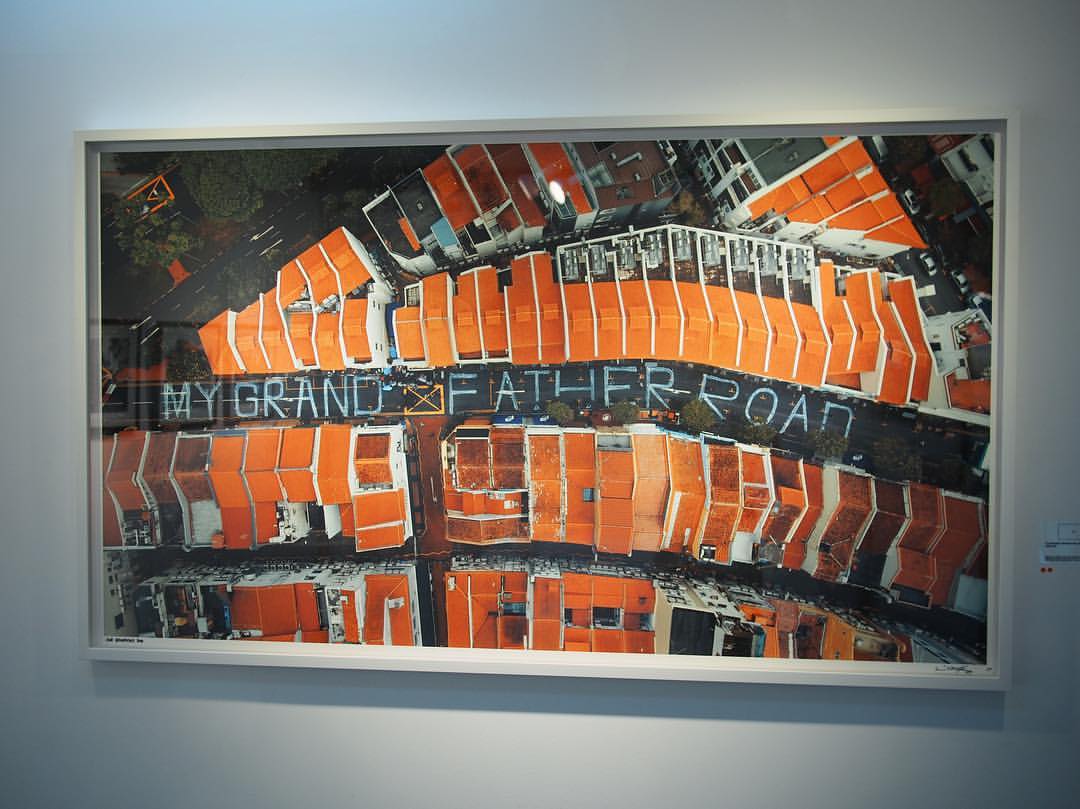 Having gained notoriety 5 years ago with the exact words, SKLo said in an interview with Channel NewsAsia that the 170m-long street art allowed her to finally move on from the infamous incident back in 2012, having come full circle.

“I felt it was powerful to take back to the streets with something (like this),” remarked SKL0. 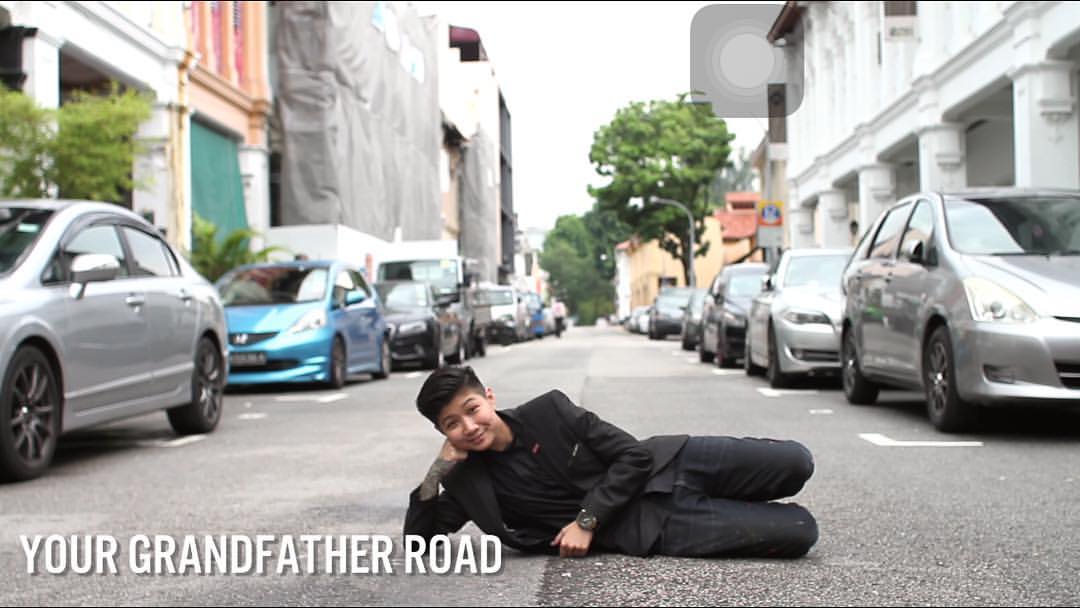 Does the reappearance of her sticker in Penang signal something greater to come? Is the Sticker Lady rising once more? Does the vandal aim to take back the streets of Penang, having moved on from Singapore?

Someone probably just bought the “traffic light” stickers from her website and pasted it in Penang.