Must Share News – Independent News For Singaporeans
Home Viral Facebook Student Scored Straight As… What Her Teacher Wrote In Her Report Book... 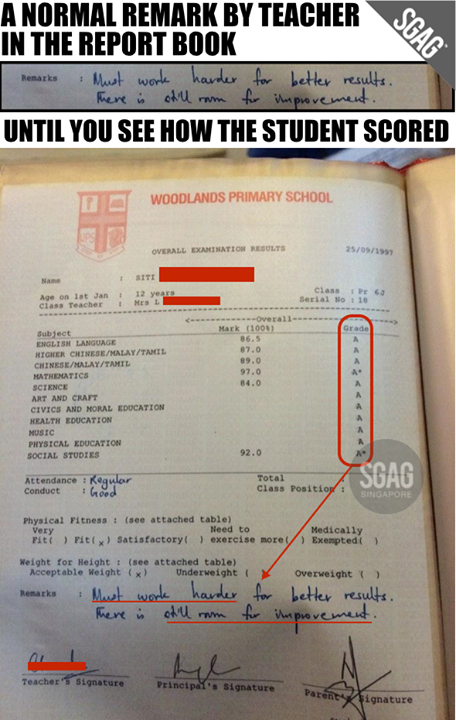 The comedians at SGAG are good at making us laugh, and this post has hit all the right notes—in stressful Singapore, your teacher lets you know that getting straight As isn’t enough. Yes, it’s an old report card, but it highlights how exasperating the education system has been, then and now.

Here’s what the internet had to say about it:

He’s got a point there—the teacher probably had a lot of students to write remarks for, but it would have been nice to get some encouragement and a personalised reply.

Of course, there were others who didn’t get the point:

And others who gave commentary on the situation, albeit with a stereotype: 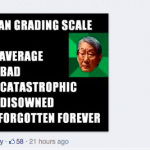 It may be ironic, but the report card tells us what it’s like to be a student in this country, already ingrained into you at the tender age of 12 years. Even when kids do well, they don’t get a break as their loved ones tell them they can always do “better.” That’s only the tip of the iceberg. There is constant pressure to do well, hold a leadership position in several CCAs, get a scholarships and later, a government job. After all, that’s what makes a “successful Singaporean.”

These kids genuinely believe that their grades determine their future. Spoiler alert: they don’t. It’s not as if students don’t try their best, but we need to tell them that their grades aren’t everything. After all, report books get shelved in cupboards and are forgotten, and one is remembered for what one gives to society.

With reference to SGAG
Images via SGAG