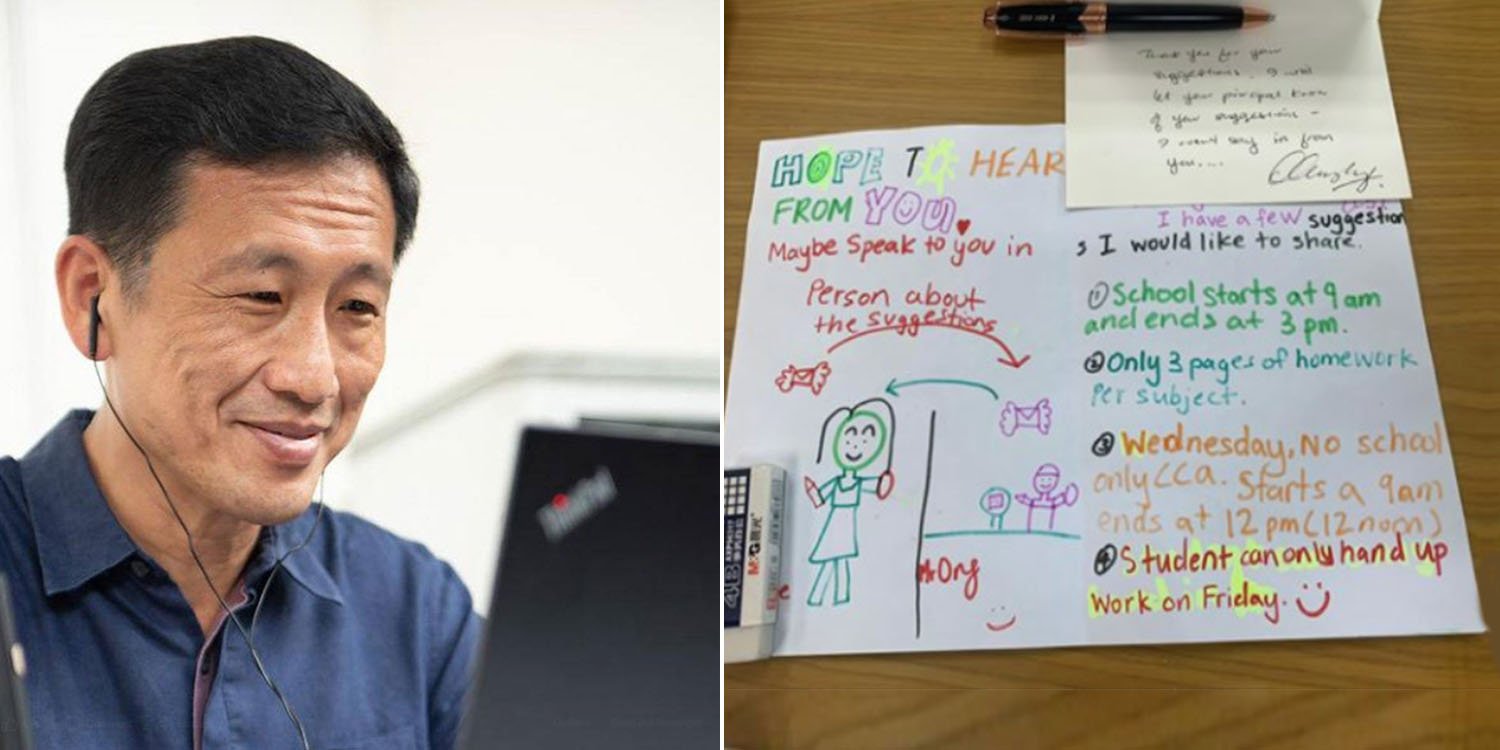 As the dust around GE2020 settles and the ministers return to the grind, one particular politician returned to his office desk to find snail mail addressed to him.

Education Minister Ong Ye Kung shared on Thursday (16 Jul), that he opened a letter to find a wishlist from a primary school student scribbled in a mishmash of colours. We summarise the student’s heartfelt requests below & how Minister Ong responded in this heartwarming encounter.

No school on Wednesday, just CCA

A primary school student had personally written in to the minister, bearing a few suggestions that she was hoping to share, when it came to her time in school. 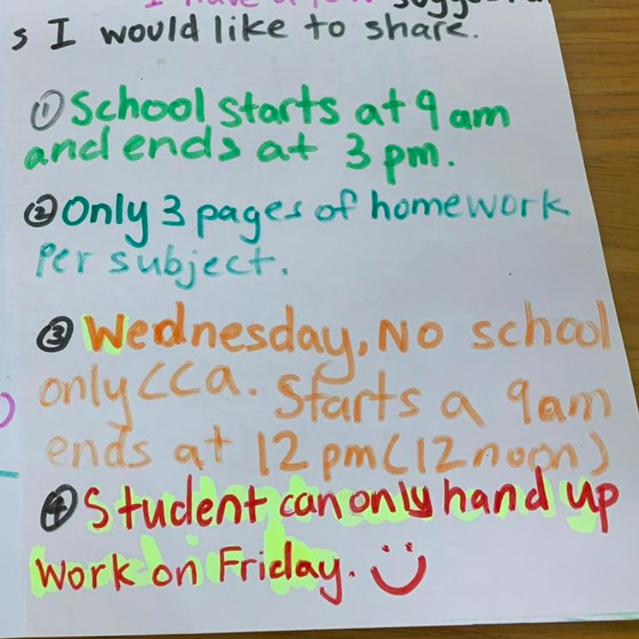 We’d like to draw your attention to the third request, scrawled in orange.

While some wear pink on Wednesdays, this particular one requests for school to be cancelled altogether, in place of fun Co-Curricular Activities (CCAs).

On the last page, the student shared that she hoped to hear a response from him directly.

Perhaps even a round table discussion where she could “speak” to him “in person about the suggestions”. 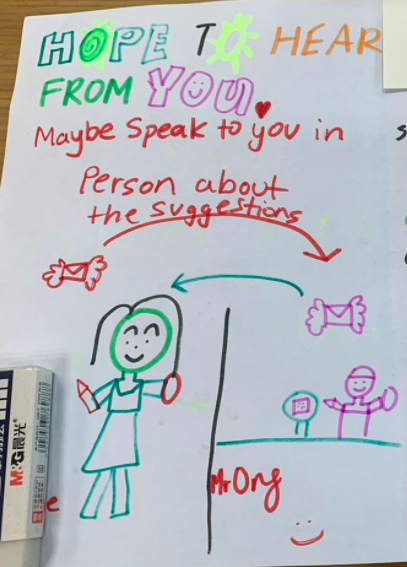 A doodle of a girl in school uniform – presumably herself – in a green marker helped to visualise the scenario for readers.

In the worldview of a child, snail mails apparently also have wings.

She drew a recipient of her letter in purple, possibly to symbolise Minister Ong too.

Minister Ong shared a handwritten note, thanking the student for her bold suggestions.

He also promised to relay all of her requests to her principal.

He also pinky promised on a non-disclosure of the identity of the little one, saying,

A good day is a non-homework day

While some of us may have forgotten what it feels like to rush homework before a deadline, or the relief of not having any on miraculous occasions, it still means the world to our young ones.

Whether or not this wish list is actually fulfilled, we hope that she’ll still have a fruitful primary school experience awaiting her, and that it will be as colourful as the markers in her arsenal.