The Life and Times of a Criminal Lawyer

Veteran lawyer Subhas Anandan passed away this morning (7 Jan) at the age of 67. He was said to be battling multiple health issues before finally succumbing to heart failure while undergoing dialysis at Singapore General Hospital.

In memory of his larger-than-life presence, we’ve collated a list of things you never knew about Subhas Anandan:

Mr Subhas was the second of five children of a Malayalee family. His family migrated from India to Singapore when he was five months old. He then studied at Admiralty Asian School and Naval Base School, excelling academically in the later two years of secondary school. Cricket and football are sports that he did well in. In 1963, Mr Subhas complied with his mother’s insistence. He returned to India to study medicine at Loyola College in Madras (now known as Chennai) after getting his ‘O’ level’s first grade. A few lessons later, he realised his calling was not to be a doctor and came back to Singapore three months later. After finishing his ‘A’ level’s at Raffles Institution in 1964, he planned to enrol in the police force but eventually continued to further his studies in the University of Singapore, according to his father’s wishes. In 1970, he acquired his law degree and proceeded to work at Shook Lin & Bok, under the mentorship of Chan Sek Keong, who was Senior Partner at the firm and former Chief Justice of Singapore.

Life was not all a bed of roses for Mr Subhas. In 1976, he was suspected to be involved in a secret society, which got him arrested and sent to prison without trial. Nine months later, he was released but was kept under a police supervision order, which meant that he had to stay at home from 7pm to 6pm everyday. He also had to report to the police on Saturdays.

In 1987, he was dealt another blow when he was accused of professional misconduct “for allegedly acting as a political aide to his client, opposition politician J. B. Jeyaretnam”, but was later cleared. Mr Subhas has always been passionate about criminal law. When he first started his own practice, cases he handled were mainly civil-, family- and accident-related, but it began drifting towards criminal law.

He had handled over 1,500 criminal cases. Among these, some of the more high profile cases included Anthony Ler’s murder of his wife in 2001 using a teenager, the infamous Huang Na case where Took Leng How, a vegetable packer killed the girl in 2004 after befriending her, and the Kallang Body Parts Murder in which Leong Siew Chor dismembered a woman. Mr Subhas’s book, The Best I Could, which was launched in 2008, delved into his experiences in prison and famous cases he handled. It was later turned into a television show on Channel 5, with season 2’s finale recently aired. Watch how Mr Subhas handled criminal cases here.

His deteriorating health resulted in shorter interviews where he spoke about the law at the end of each episode in Season 2, with each being approximately less than five minutes. His first book, The Best I Could, was a resounding success. His second book, Easy To Cry, is slated to be released this year, more than six years after his first. This book gives readers an insight into his battle to survive and his experience in hospital. The material for Easy To Cry were jotted down by his wife, 56-year-old Vimala, as Mr Subhas mused to his wife about the fatigue and pain from dialysis. 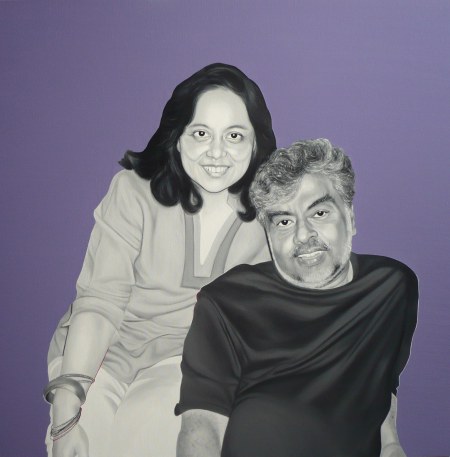 While he may have left physically, his legacy still lives on as people fondly remember him to be a good lawyer. Rest in peace, Mr Subhas.

Featured image via Toggle
With reference from The Business Times, The Straits Times