Because one survey with leading questions about the alcohol ban and the inability to say no to them wasn’t enough, another survey by REACH (Reaching Everyone for Active Citizenry @ Home, whoever came up with that acronym should be fired) had to be made to gauge public opinion on the proposed alcohol restrictions, with even more leading questions.

Is the new survey any fairer than the previous one?

First of all, just 1145 were surveyed, demographically representative of the national population in terms of gender, age and race (exact figures of demographics were not given, which does not help).

81% of them were said to be in favour of the new alcohol restrictions.

The other age groups surveyed were largely supportive. 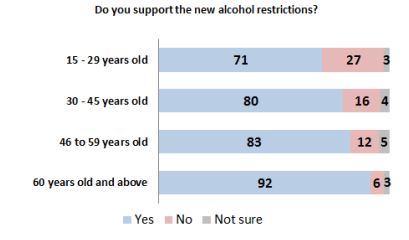 Keep in mind that youths are more likely to drink outside than people aged 30 and above, who drink in bars, restaurants and at home.

State media went to town with headlines like this:

in response to the results.

Let’s see why the survey actually makes no sense.

REACH is the government’s “arm” to engage the people. Previous attempts at “engaging” stakeholders on the rules have been shaky at best. In the interests of fairness, an independent firm would have been more ideal for the survey.

– Sample was weighted to be demographically representative of the national population in terms of gender, age and race.

This was stated but not shown in a breakdown. Credibility of whether demographics were accurately represented can be called into question.

Who has time for these besides people milling around at home? Also, the chance of the majority of the population still using landlines is slim, even though many households still have them.

Which is a miniscule sample size amounting to just 0.02% of the population.

The demographic far more likely to support the ban, and the statistics for these don’t lie, at least.

The survey at least pointed out that younger respondents were far more likely to be opposed to the bill, although a substantial portion were in agreement.

Which brings to mind the question of whether public drunkenness is so prevalent that a blanket ban must be put in place.  More on that later.

Take a look at this chart, for example:

There was no corresponding age-group chart for this question. Why not, when REACH provided an age group chart for another question? Even if “there were no significant differences across the different age and income bands”, the omission of important information makes the survey less credible.

As mentioned earlier, the lack of a breakdown in demographics of the sample size was also startling. Lack of clarity leads to less credible data.

Some questions are phrased in a manner which makes answering positively more agreeable (like for questions 5-7 of the survey).

“Public drunkenness is a serious issue which needs to be addressed.”

“The new regulations will help to reduce cases of drunkenness in public.”

These two questions reveal the true motive of the survey: that public opinion is supposed to be in favour of the alcohol restrictions because they will prevent public drunkenness.

The survey concludes that “There were no significant differences across different income bands” and “Younger respondents under 30 years were more likely to disagree, but even among them, 71% supported the new restrictions.”.

Which goes to show that the survey is not a collection of feedback but a confirmation of the “majority” being in favour of the bill. The spin on state media should tell the whole story. Not “20% against or unsure about alcohol restrictions” but “Most in support of alcohol restrictions”.

Because 0.02% of the population represents the entirety of Singapore. You heard this on state media first.

The Straits Times also ran an online poll with 78% surveyed disagreeing with the alcohol restrictions. The sample size was way higher at “over 9000”.

However, ST was quick to point out that the results only represented the views of ST’s online readers.

NOTE: The results of our (ST’s) online poll should not be viewed as being representative of the population as they are based only on the segment of our online readers who responded to the poll.

ST’S online poll is an example of self-selection bias, so we agree with ST here.

There are still merits to opinions made on social media, but more on that later.

A national referendum has been suggested on social media. Public freedom is at stake, and the public deserves to be involved in this momentous decision. However, given the results of the (already proven to be unsubstantial) survey, the government is unlikely to budge.

The most troubling facet of the bill is the imminent lack of freedom accorded to Singaporeans. An isolated series of complaints about irresponsible drinkers gave rise to the drafted bill which we are now seeing. 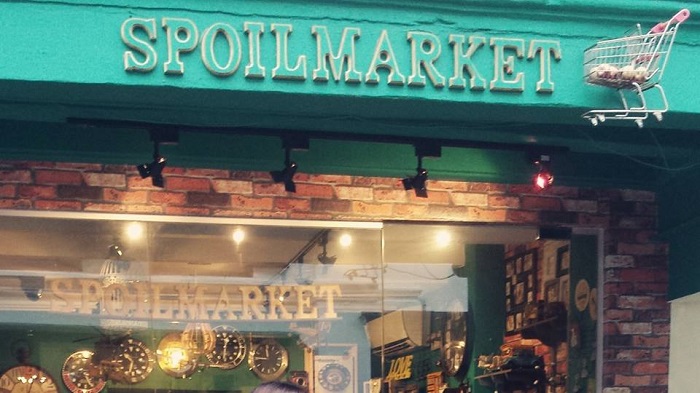 There are worries that the bill passing will set a precedent for even more restrictive laws. Notably, opposition to the alcohol laws has come mainly from the younger generation, who are more liberal than many of the older generation and see such laws as threats to their freedom. However, these voices are largely heard on social media and then discarded as “over-represented”.