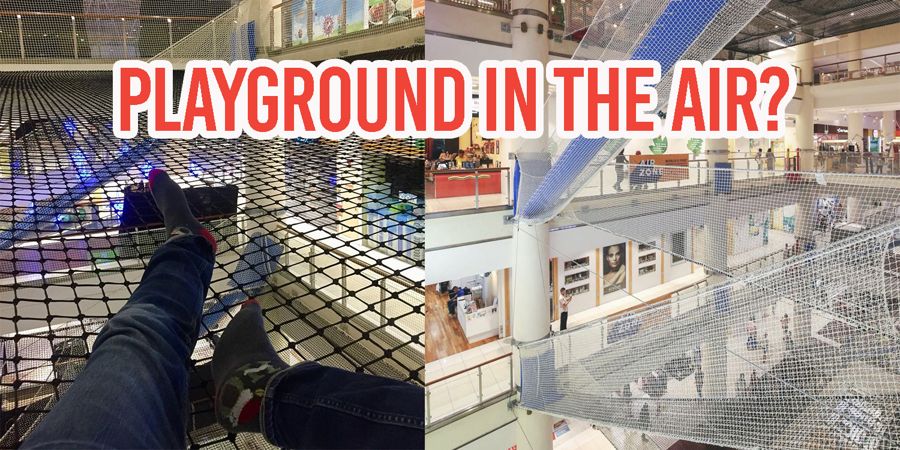 Get ready to jump, slide and weave your way through City Square Mall because the world’s first suspended playground will be opening in Singapore in early 2018.

If you thought trampoline parks and the slides at Admiralty Park were cool, Airzone is literally taking fun to the next level by combining the two.

This new playground is suspended within the atrium floors of City Square Mall, entirely off the ground.

Sure to bring out your inner Spiderman, Airzone will have a ball pit, slide, maze, and even a Free Play zone where you can feel like you’re walking on the moon.

At Airzone, there’s no such thing as a typical playground experience. You’ll definitely be high on life, as you frolic around the playground reaching six levels up.

Don’t worry, entry isn’t just open to children, adults can enter too, because everyone at Airzone is considered a big kid.

Not to worry if you’re afraid of heights or falling, there are protective safety nets. Trained staff will also be keeping an eye on things while you and your buddies channel your inner daredevils.

If you’ve had a little too much to eat and are feeling heavy, you don’t have to be fearful of the nets ripping due to your weight.  Airzone assures us that the anchors that hold up the playground are strong enough to suspend even a car.

Airzone’s ball pit is going to be unlike any other, considering the fact that you’ll be dangling in mid-air while frolicking in the ball pit.

With 100,000 balls to dive into, there’ll be no fighting with other big kids in the pit for space.

If you feel confident enough, you can even take on the 3D maze. Airzone claims it’s one of the most unique mazes in the world.

You can even challenge your friends to find the quickest way out of the maze. 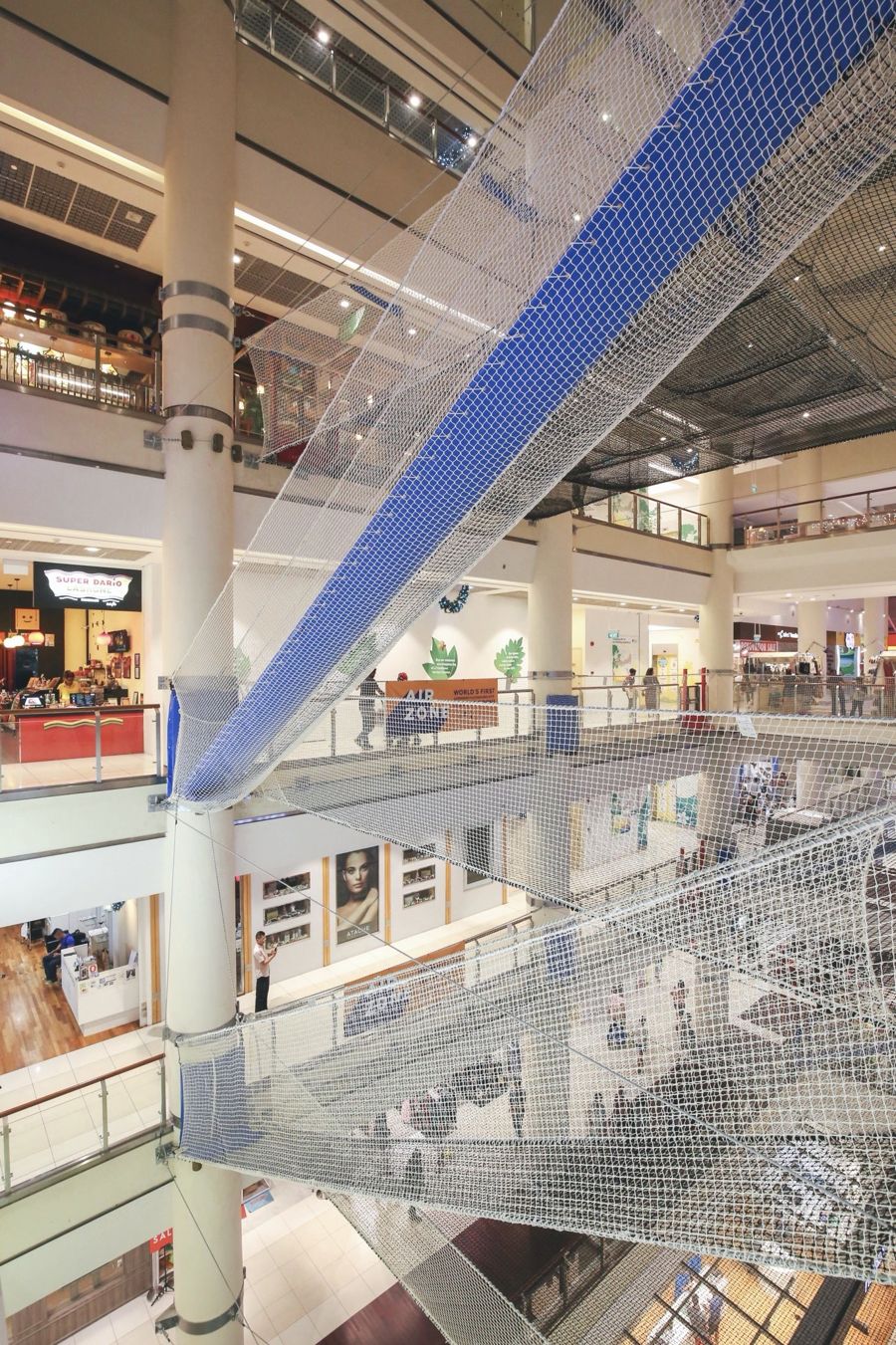 Taking the escalator is going to seem so basic, compared to the fun you’ll have sliding down from one level to the next.

In the Relax and Play zone, realise your childhood dreams of doing the perfect moonwalk. Or you could just freestyle it and jump around to your heart’s delight.

What’s even cooler is that there won’t be any trampolines, but you’ll still be able to jump around as much as you’d like.

As of now, Airzone has let excited fans know that the playground will be open early next year. It’ll be located at City Square Mall on Kitchener Street.

You can take the train on the North-East Line to Farrer Park MRT station to get there. 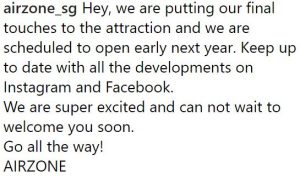 Prices and session timings aren’t available yet, but to hype Singaporeans up, they’re currently giving away 10 tickets to their opening.

If you’re planning to visit, Airzone advises that you wear long sleeve shirts, and no skirts. You can even throw a party there, with a maximum of 50 people on the playground at a time.

They’ll even be doing corporate bookings. Maybe you can convince your boss to book an Airzone session for you and your colleagues to bond over instead of a Dinner and Dance.

Don’t forget to start practicing your ninja skills so that when Airzone opens, you’re ready to show off your sick moves.