People who read articles online will be familiar with listicles. They are simply articles presented in the form of a list. Such articles were first made popular on BuzzFeed and are today all over the Internet.

Listicles are easy to remember and present information in an easy way to process for readers. But as far as we know, they generally haven’t been used in election rally speeches.

She gave us 5 reasons to vote for the Workers’ Party in MacPherson and Marine Parade.

1. There have been many senseless changes in the electoral boundaries 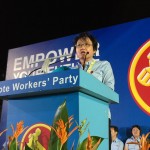 She reminded us that in 1991, Braddell Heights was a Single-Member Constituency, and an opposition candidate polled 48% of the votes. At the next general elections, Marine Parade “grew a long arm” and absorbed Braddell Heights.

It was ridiculous that Marine Parade could extend to Serangoon Central, she said. She told of a resident who said that it was “laughable” that there was a sign at the junction of Lorong Chuan and Serangoon Avenue 2 saying ‘Welcome to Marine Parade Town’.

Being part of Marine Parade, this resident was also eagerly waiting for his “covered walkway to the sea”, which had yet to appear. 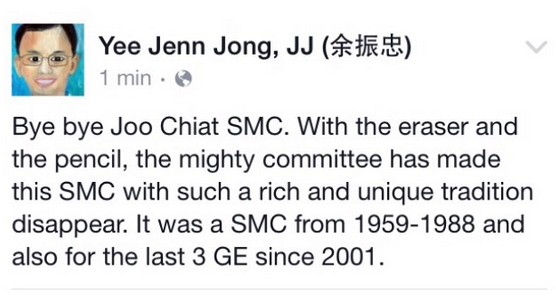 A third example she gave was the example of the former Joo Chiat SMC. WP candidate Yee Jenn Jong contested there in 2011 and won 49% of votes. Now, “Charles has abandoned you to contest somewhere else,” and “Joo Chiat residents, your reward is to be part of a GRC.”

A final example she gave was how MacPherson had been carved out and left to be defended by Tin Pei Ling who had just given birth. We’re sure this was a jibe at the PAP for leaving her on her own, and not a dig at Tin Pei Ling herself. (Note: Being a mother and still running for election is a very sensitive issue, and one that NSP’s Cheo Chai Chen has completely messed up.)

She concluded this point by saying that constant changes in the boundaries were a total waste of public funds.

“Since the Electoral Boundaries Review Committee comes under the Prime Minister’s Office, I say let the PMO pay!” 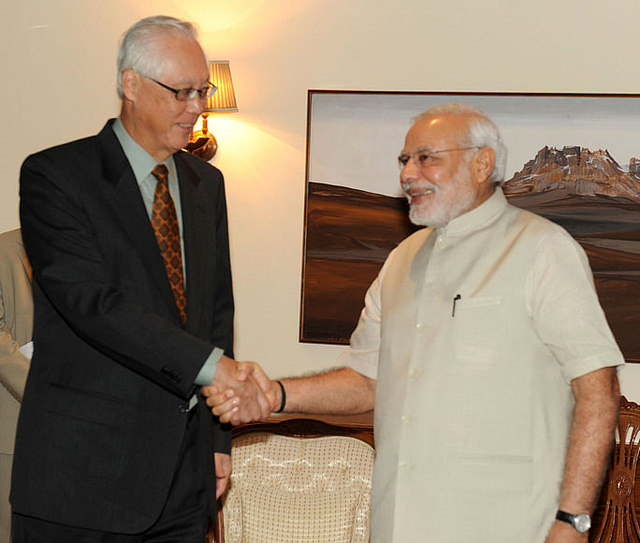 3. Even if Tan Chuan-Jin is not elected, Singapore will still be able to benefit from his talents. 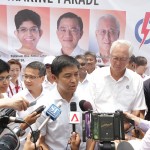 This is because the PAP will still form the government after this election, and there are no shortage of public capacities like government-linked companies and top-level committees he could be on.

She clarified that she has no personal issue with Tan Chuan-Jin, especially since, after all, “he is a resident of Aljunied GRC.”

4. The WP team in Macpherson and Marine Parade are an accomplished group 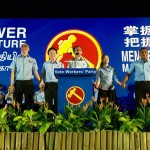 Three of them are entrepreneurs and self-starters who have built successful businesses. Three of them live in Marine Parade, including Yee Jenn Jong, who has lived there all his life.

Dylan Ng, a new candidate, rose to become head of wealth management and loan sales in a bank.

He Ting Ru is a corporate lawyer — “smart yet humble, and young yet mature.”

In MacPherson, the Workers’ Party are fielding Bernard Chen Jiaxi, who rose from polytechnic beginnings to enter the National University of Singapore and then won a scholarship to obtain a masters’ degree from Oxford University.

“The Workers’ Party is giving you a well-balanced and dedicated team. Give them a chance to show you what they can do for you!”

5. When you vote, consider voting in the national interest

In 2011, the PAP won only 60% of the popular vote, yet hold 93% of seats in Parliament. This means that 33% of Singaporeans’ voices are not represented in Parliament.

She criticised the first-past-the-post system which is exacerbated by the GRC system.

“But you have the power to vote for a more balanced system.”

“Vote for a Singapore that you want to leave to future generations!” she concluded to loud applause.

A trend for future rallies? 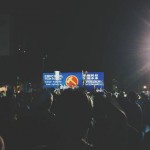 It’s not quite making history, but Sylvia Lim sure got some attention when she decided to structure her speech as a list.

And if enough voters remember her 5 reasons come Polling Day, we can be sure she’ll have more than 5 reasons to be happy.

We would also like to thank Sylvia Lim for effectively helping us write a listicle.