Must Share News – Independent News For Singaporeans
Home News Sylvia Lim Refuses To Apologise In Parliament, Despite Pressure From 4 Ministers 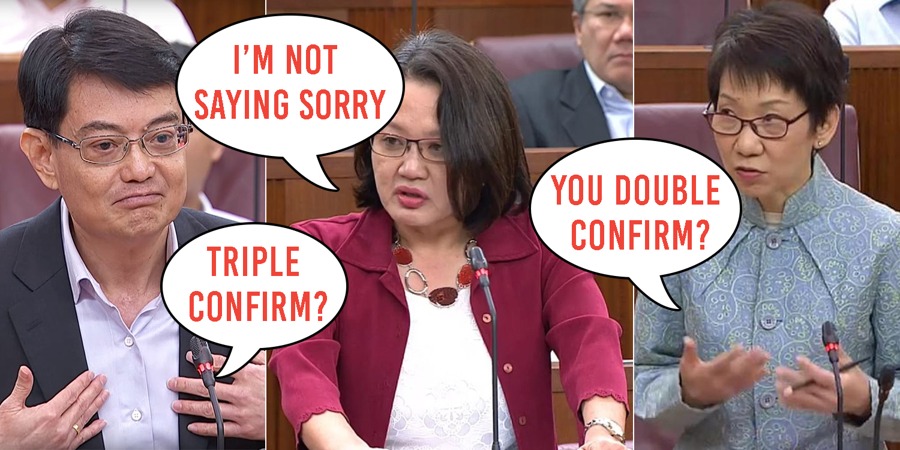 Ever had that one TV show that you binged in under a day, and will now have to suffer withdrawal symptoms for months until the next season releases?

Well, this is the opposite of that.

As you may – or may not, but that’s highly unlikely – have heard, the current sensation gripping the Parliament involves Law Minister K Shanmugam, Finance Minister Heng Swee Keat, Leader of the House Grace Fu and Workers’ Party Chairman Sylvia Lim.

At a Budget Round-up session in Parliament, Mr Shanmugam and Ms Lim kicked the saga into motion with a heated exchange.

Ms Lim mooted her belief that the Government intended to raise the GST at this budget, but was stuck with previous announcements that they would not implement the hike until 2021.

At one point, they were practically leaping out of their seats to respond to each other.

Finance Minister Heng entered the fray as well, releasing a statement calling for Ms Lim’s retraction of her allegations.

Senior Minister of State for Finance and Law Indranee Rajah counted herself in too, jumping on the bandwagon with a lengthy Facebook note.

This served as a perfect launching pad for Leader of the House Grace Fu to sound the call for Ms Lim to apologise to Parliament, as Leon Perera did before.

Pretty long flashback, eh. Don’t worry, because the next part will give you another serious case of déjà vu.

It seems they’ve been arguing for centuries

Ms Lim began things not with the apology that everyone expected — but by reiterating her suspicions that the Government was forced to delay the GST hike until 2021.

She stated that the Government contributed to her suspicion by its “non-denial of reports and economists’ predictions of an immediate GST rise”.

Saying that her belief was that she was doing her duty as an MP to convey ground concerns, reactions and confusion, she stated categorically that she did not accuse the Government of being untruthful, nor did she intend to accuse them of dishonesty.

Her statement ended in an oh-snap moment, as she cemented her legendary status among Opposition folklore with a waspish parting shot.

I do not accept the over-characterisation the PAP Ministers have put on my words and intentions, based on their own interpretation borne out of over-active imagination and over-sensitivity.

Despite strongly sticking to her guns, Ms Lim did concede that her suspicions may have been incorrect.

Ms Fu then asked Sylvia Lim to double confirm her refusal to retract her allegations.

Even Speaker Tan Chuan-Jin piped in to say “I believe she’s been quite clear on that”. 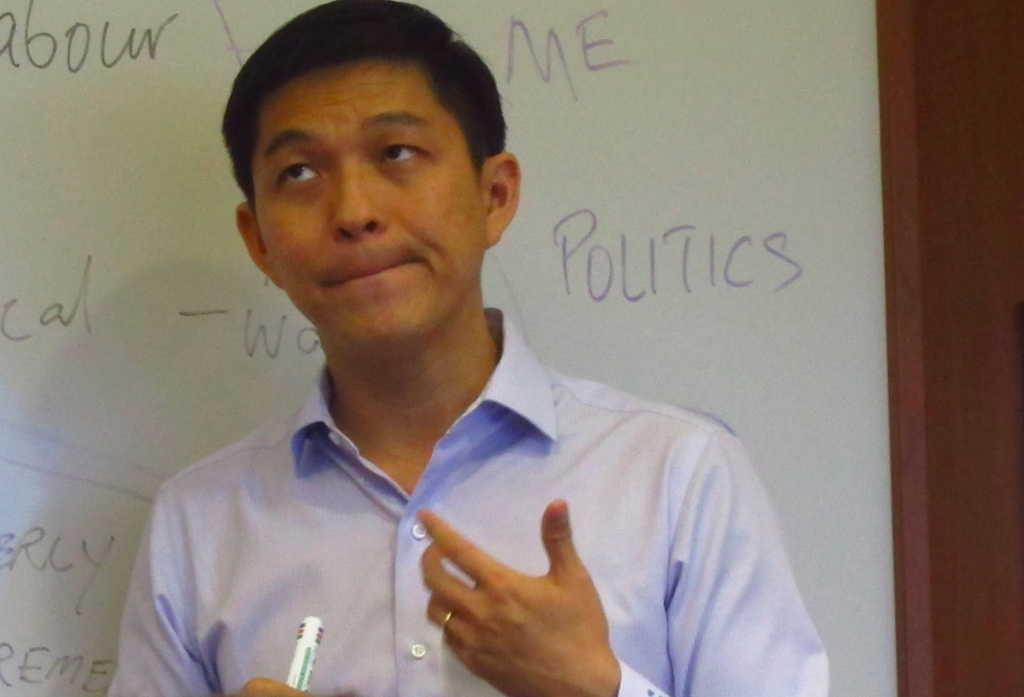 I didn’t know there were Parliamentary sessions on Groundhog Day.
Source

Having already claimed an apology from Mr Perera, Ms Fu wasn’t about to let that fly.

She instead called Ms Lim’s behaviour deeply disappointing and deplorable. While Ms Fu retired to think of more adjectives, Mr Heng took to the stand to ask Ms Lim to triple confirm her refusal.

Treading on previously trodden ground, he reiterated that the honourable thing for Ms Lim to do would be to withdraw her statement.

You know, in case Ms Lim had not heard what he said the whole time and perhaps made a miraculous recovery in the past minute.

Ms Lim then stated that she could accept that her suspicions may have been wrong, but not that they “had no basis”.

The soothing light at the end of the tunnel

Hang in there, the end’s in sight.

Soon-to-be-stepping-down Mr Low Thia Khiang then went up to voice his opinion that the Government should have “come up earlier” to say that they did not intend to raise the GST at the 2018 budget.

Such a move would have “cleared the air and the confusion on the ground”, according to him.

He too conceded that Ms Lim’s suspicions weren’t “really correct at that point in time”.

Next, Minister Heng sought to find out if Ms Lim accepted the explanations that the Government intentions were clear, and that there was no “backtracking”.

Before anyone else could interject, Speaker Tan Chuan-Jin said that he had “duly noted” the positions of both sides of the House and proposed that “we move on”.

Truer words have never been spoken in Parliament.

But hey, where’s the drama in that?