Must Share News – Independent News For Singaporeans
Home Lifestyle Tampines Is The Most Kiasu Town In Singapore, According To Supermarket Chain... 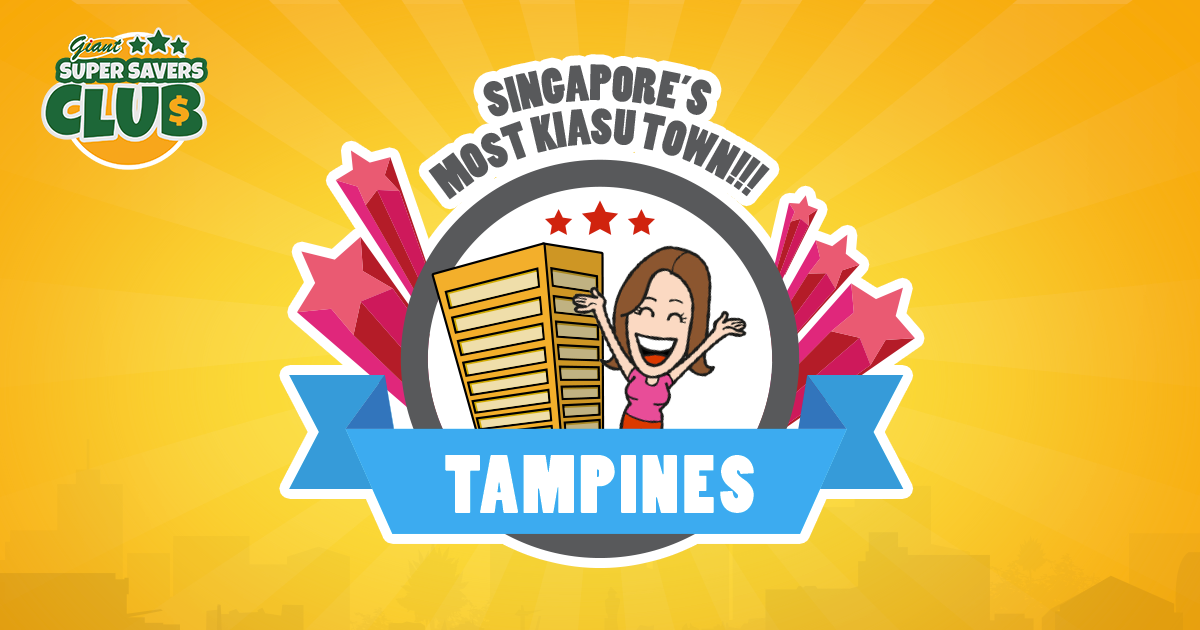 If you are a resident of Tampines, then congratulations are in order. You live in the ‘Most Kiasu Town’ in Singapore. 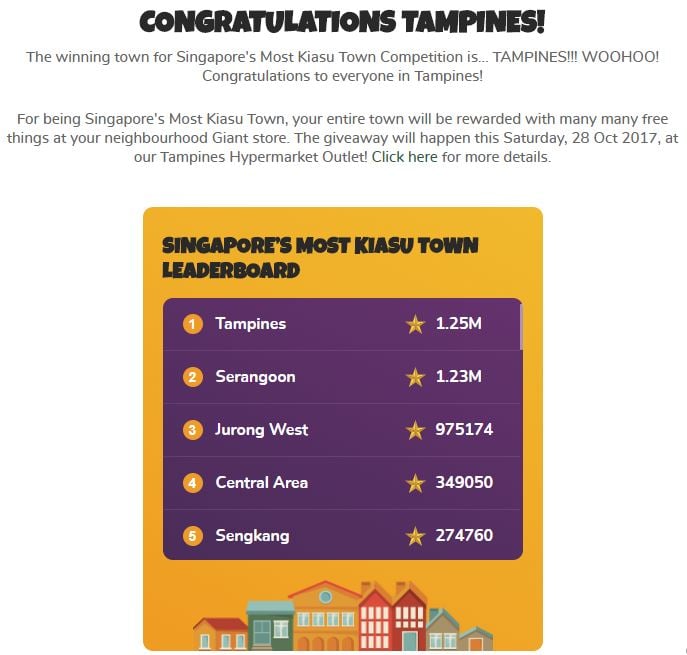 In a press release on 25 Oct, supermarket chain Giant declared that Tampines has been awarded the accolade after its residents scored the highest points in a “Kiasu Test”. Tampines defeated closest competitor Serangoon by nearly 20,000 points, while Jurong West was placed third.

Pays to slay the Kiasu Test

Between 25 Sep to 25 Oct, Giant Hypermarket organised an online Kiasu test that revealed which ‘Kiasu’ character a shopper was. The test allocated points for Kiasu-ness, and divided shoppers into the towns they live in based on postal code.

The promise of a reward for the most Kiasu town proved to good to resist, with the test attracting more than 57,000 submissions. 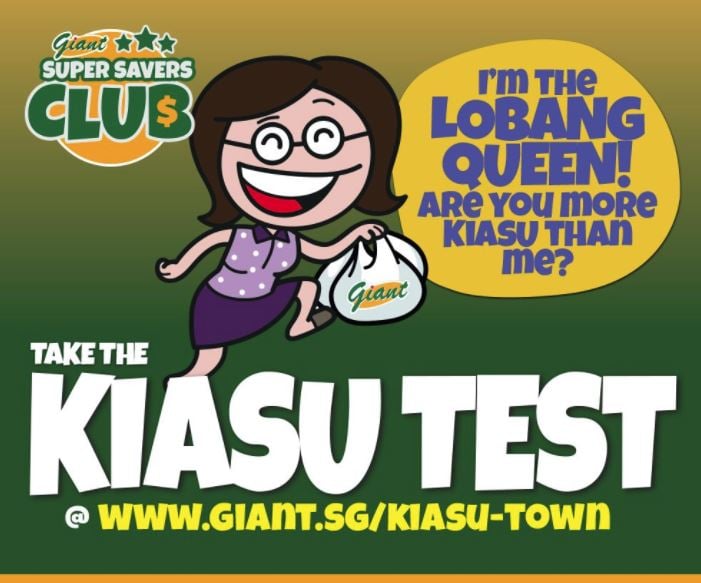 So what makes Tampines residents the most Kiasu Singaporeans?

The test revealed that:

1. Residents would “press the traffic light button repeatedly in the hope that it would make the light turn green faster’

2. Tampines residents are twice as likely to chiong at a buffet and kope food before others could eat them

3. They will chope seats at kopitiams using everything from tissue packets to your ah mah’s dentures

4. One in three Tampines residents are cheapos who will rush for free concert tickets despite not being a fan, and resell them on Carouhell.

As reward for being the most likely to queue up wherever there’s a queue, Giant announced that it would be organizing a giveaway party at Giant Tampines Hypermart on 28 Oct between 1-3pm.

Now before you rush out of your house with all the luggage and trolleys that you can push, here’s the freebies that Tampines-ites can look forward to on 28 Oct:

If any of the above freebies entices you, or you are looking to give them away as Christmas presents, you better chiong faster than Usain Bolt cause stocks are limited.