Mr Tan may be out of the running to become Prime Minister, but he’s definitely made the best of his situation.

Thankfully, the stars have aligned for him on another front — social media.

1. He irons his own clothes and planks with his son for fun

After a busy day at work, most politicians would probably have their helpers assist them in doing menial chores like ironing the clothes.

But not only does Mr Tan iron his own clothes, he finds time to impart ironing skills to none other than Ironboy himself — his own son.

He’s also challenged his son to a plank-off as part of a holiday bonding project.

The self-deprecating hashtag #oldliaocannotmakeit is solid proof that Mr Tan is not merely engaging in a humble brag about his fitspo life.

His followers have requested for video evidence, and we can’t wait to tune in to the all out father-son plank war soon.

Most people know that Mr Tan’s body is more ripped than your average member of Parliament.

Try to spot him here as he blends in with other Singapore athletes, at a chitchat session hosted by Singapore Athletes Commission. 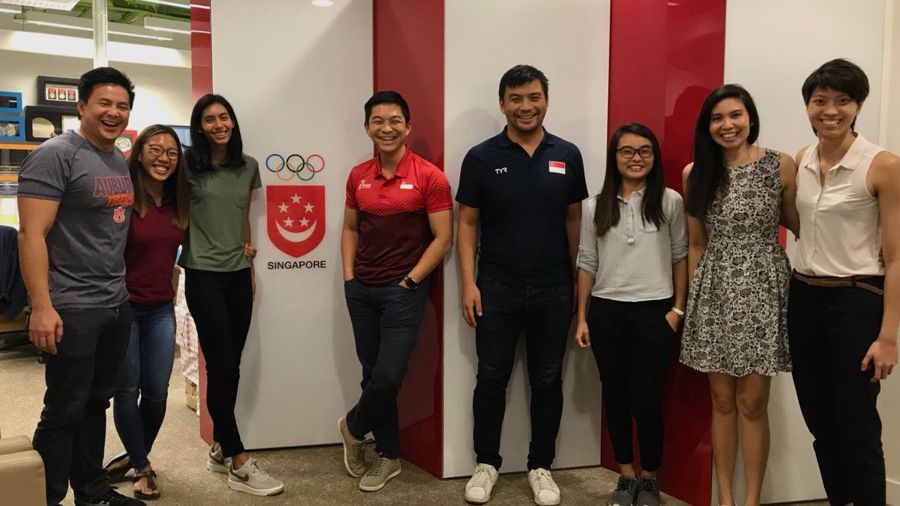 Casually tucks hands into pockets to show off pectorals
Source

That said, he does put in plenty of effort to prevent dad bod.

For example, the first thing on the House Speaker’s agenda every morning before parliament sessions, is a jog along the Singapore River. 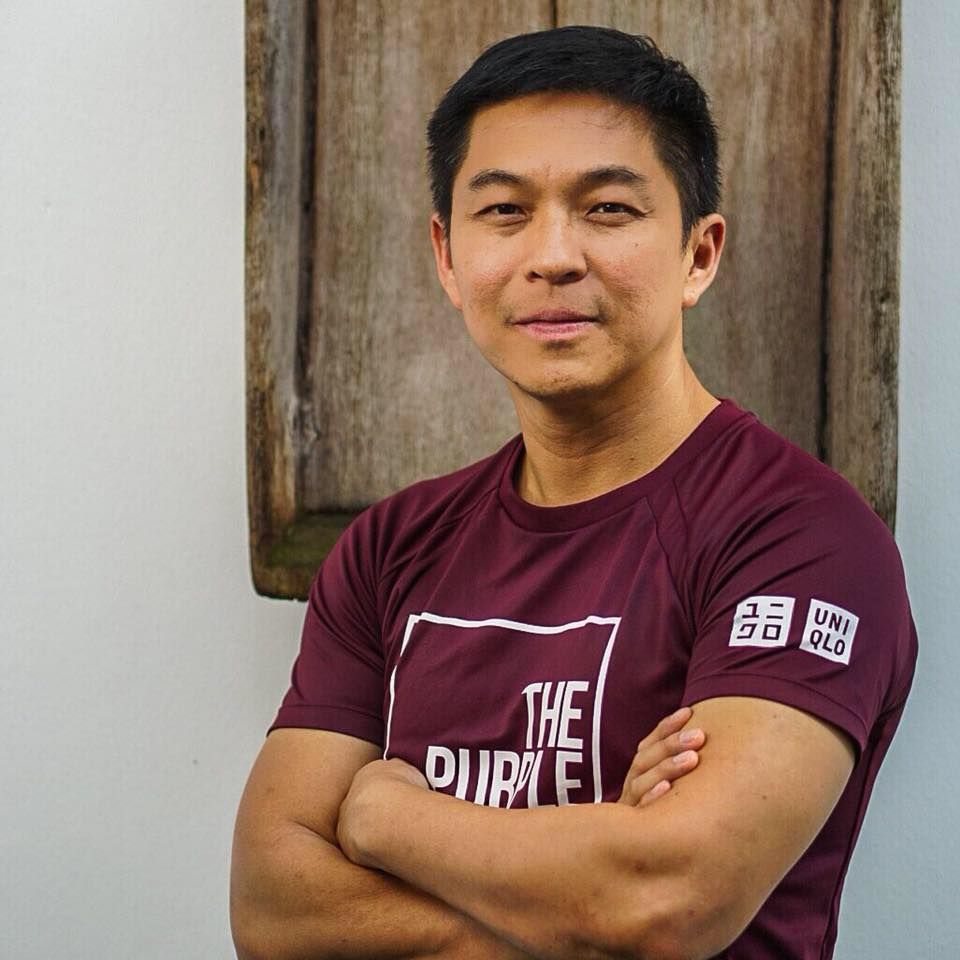 He also frequently participates in marathons and was famously given a rousing send-off via a 6km run around MacRitchie Reservoir with no less than 150 staff from the Ministry of Social and Family Development.

Here he is leading them in the pre-run warm-ups. We give him 10/10 for just the fancy legwork alone.

3. He’s a role model for fashion in Parliament

Ever the fashion-forward trendsetter, Mr Tan raises awareness about the traditional garbs that the Speaker wears in Parliament in this Facebook post.

He hilariously refers to his ceremonial robes as his “Harry Potter coat” which he dons with pride.

A stickler for tradition, he even dug up the Speaker’s wig for safekeeping although it’s no longer worn during Parliament sessions today. 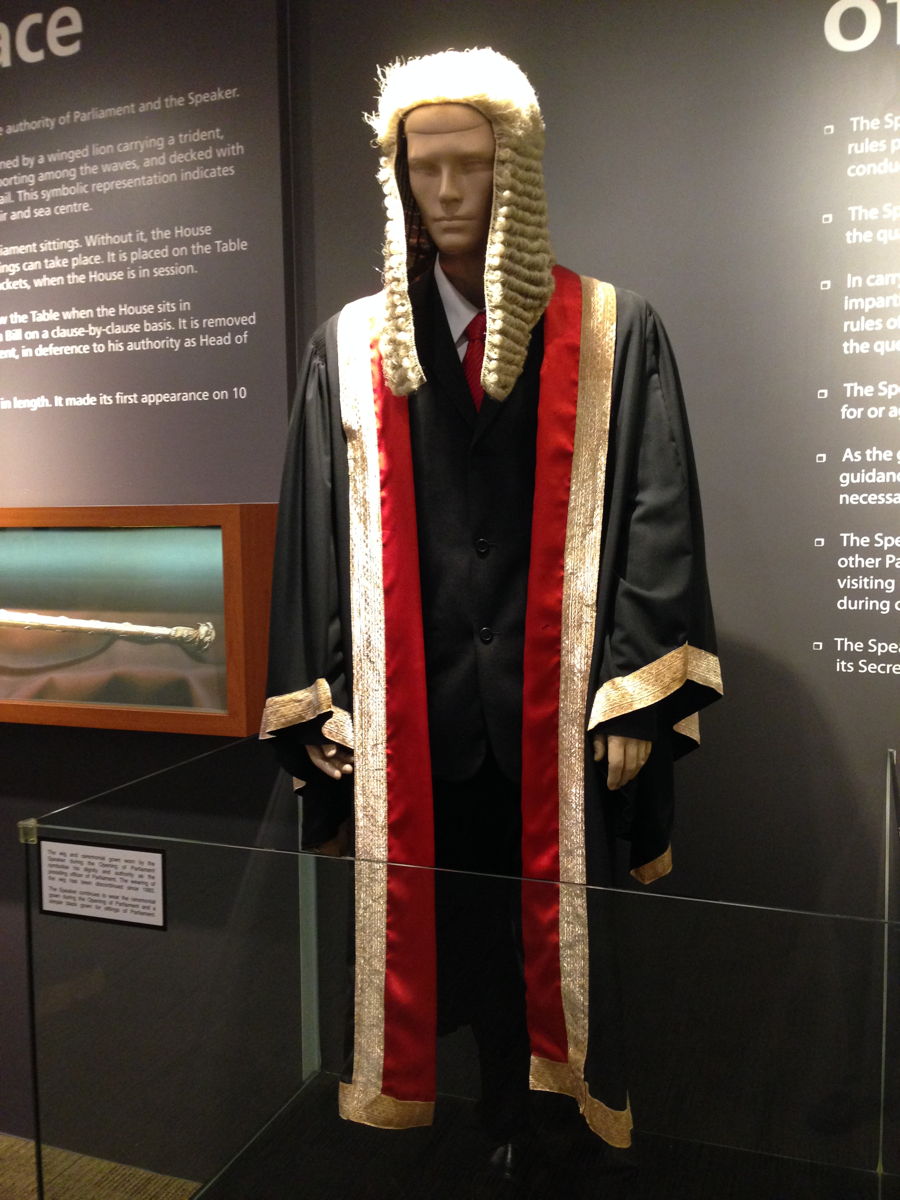 Next Halloween would probably be a good occasion to break out these fabulous curls.

4. He understands the fine art of trolling

On a more serious note, we’ve reported about Mr Tan’s trolling tendencies before.

He’s only gotten better with age, in this hilarious encounter with a resident from Marine Parade.

What seemed like the standard neighbourly dispute, quickly turned to a spooky Ghostbuster-worthy case as the flat-owner above had apparently passed away.

This means that the chair-dragging sounds heard by the neighbour below, could well have been a supernatural occurrence.

What really left us gobsmacked was how seriously he wanted us to take his post.

Or you know, if he was simply trolling us.

Travel itinerary are also part of his routine posts, as he frequently recommends scenic places to visit.

Most notably, he’s contributed his gorgeous photographs to be printed and sold in support of charities like The Yellow Ribbon Fund – a project to support ex-offenders and their families.

Judging by the quality of these pictures, some people were wondering if Mr Tan actually took them personally.

He covers everything from mock terror events to raise awareness for SGSecure, to sports events featuring national athletes.

At the star-studded President’s Charity event, Mr Tan took it upon himself to live vlog an inspired music performance to encourage people to call in and donate.

A picture taken at the event revealed that he was seated beside Madam President Halimah and Mr Desmond Lee, Minister for Social and Family Development.

Maybe he simply wanted to share his coveted front row view with audiences at home.

If there’s one thing that seniors, children and kitties have in common, it’s how much they all seem to adore Mr Tan.

In this aww-inducing photo, Mr Tan poses cheekily with none other than Ms Tang Pui Wah — Singapore’s first female Olympian.

It’s not a bird, nor a plane. It’s Mr Tan fixing a plane for little Superboy!

Though we’re not sure why this little boy chose to dress up during Mid-Autumn festival, he looks satisfied with the amount of care Mr Tan put into fixing his plane.

Our House Speaker actually took time off his busy schedule to make a collage of all the kitties he met in Japan. That’s true dedication right there.

The art of subtlety is masterfully excuted on Mr Tan’s insta-feed. He knows when it’s best to simply let nature do the talking.

Boomerang is also in his social media arsenal. He uses it perfectly in this jump shot.

Face-swapping is also something he’s tried, to admittedly hilarious results.

Unlike a certain American president who has received flak for misusing Twitter, Mr Tan shows us that Twitter is so much more than a place to retweet cute animal videos.

Clearly, it’s a place to retweet memes about yourself. 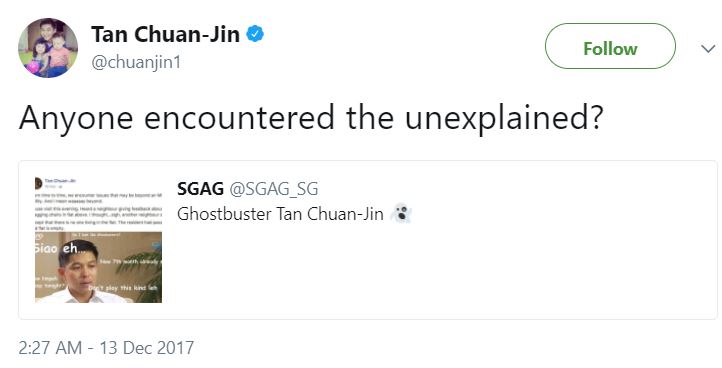 Since the struggle is real for Britain’s attempt at a smooth Brexit, Mr Tan ups his suan-ing game by 10 points in this tweet. 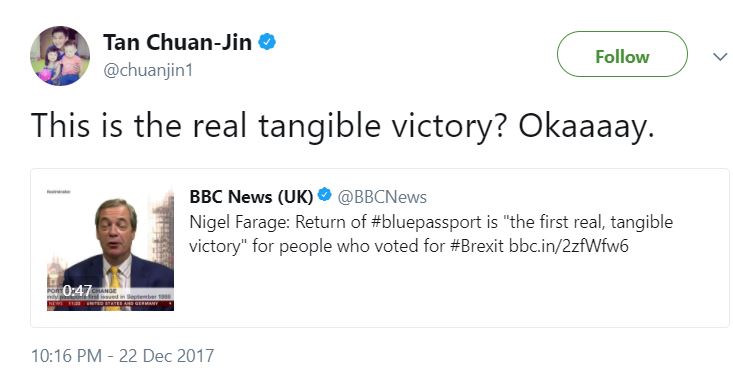 10. He’s serious when the need calls for it

Mr Tan does not shy away from the tough topics on Facebook — like attempting to explain the process of laying down this tricky hybrid bill to build the Kuala Lumpur-Singapore High Speed Rail.

He explains that the Cross-Border Railways Bill will affect the general public, encouraging everyone to send their feedback about the bill via email to parl@parl.gov.sg.

You may be wondering if this is just a one-off attempt by Mr Tan, in promoting parliamentary awareness on social media.

The answer is a resounding no.

Mr Tan recently expressed serious interest in starting a blog to help Singaporeans understand what goes on in Parliament.

He’s even brainstorming on how to launch it on YouTube and Instagram as well because he’s so psyched about the idea.

For someone who missed out on a big promotion, Mr Tan displays an incredible amount of passion for his new job.

According to Channel NewsAsia, Mr Tan doesn’t want to let his role as Speaker be defined by a stereotypical day in Parliament.

He hopes to use social media as a platform to connect with the public and raise awareness for causes close to his heart.

Like most dads, it’s crystal clear from his social media feed that despite Mr Tan’s lame jokes, his heart is definitely in the right place.